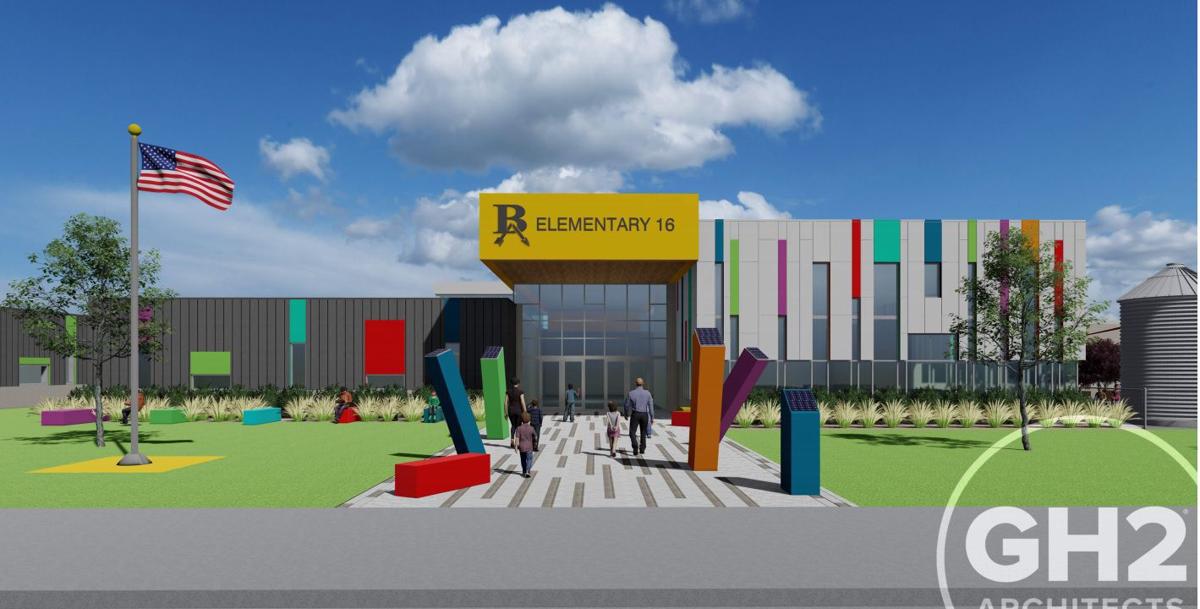 A digital rendering shows the front of the elementary school that Broken Arrow Public Schools plans to open in August 2020. Courtesy/City of Broken Arrow

A digital rendering shows the front of the elementary school that Broken Arrow Public Schools plans to open in August 2020. Courtesy/City of Broken Arrow

The new attendance boundaries, which were recommended to the school board earlier this month, would affect 600 elementary students and 700 middle school students across the district. Affected students make up 8.7% of the district’s elementary population and 17.5% of middle-schoolers.

The proposed changes are necessary due to Broken Arrow’s continued enrollment growth and the opening of its 16th elementary school in August.

“To do that, we have to redistrict and redraw the lines to fill that school,” Chief Operating Officer Michelle Bergwall said.

Broken Arrow, the sixth largest district in Oklahoma, experiences an annual enrollment boost of about 3%, which equates to 350 additional students each year. Most of its elementaries are near capacity, resulting in the construction of a new school every couple of years.

The latest elementary, which remains unnamed, is being built in the area of 101st Street South and 225th East Avenue near Events Park. Bergwall said it’s projected to start 2020-21 with about 440 students, leaving the school at 34% capacity. More students will move there in the coming years, she said.

Most of the 2020-21 students would be pulled from Oak Crest, Spring Creek and Highland Park elementaries under the proposed boundary changes.

They won’t be the only elementary schools affected, however. Others, such as Aspen Creek and Leisure Park, also would receive new boundary lines to spread students out and alleviate overcrowding, Bergwall said.

“We’ve had to do some massaging and shifting across the district to balance our school sites,” she said.

More middle-schoolers would be affected than elementary students in an effort to maintain the district’s feeder patterns. The goal, Bergwall said, is to ensure children who attend the same elementary all go to the same middle school.

Until recently, each of the district’s five middle schools were fed by three elementary schools. That changed with the opening of Timber Ridge in 2017. Outgoing students from there were unable to fit in either of the nearest middle schools, so now they’re split between both.

A long-range planning committee comprising parents from each elementary and middle school in Broken Arrow presented the recommended attendance boundaries to the school board last week. Principals from each school nominated parent representatives to serve on the committee, which has met multiple times since October.

The district held a virtual public forum this week to answer questions about the potential changes and is encouraging community members to submit feedback through an online survey until Dec. 31.

Bergwall said the committee will evaluate public comments and reconvene a final time before reporting back to the school board for a possible vote on Jan. 13.

“We’re really excited as a district that we’re growing and opening a new elementary school,” she said. “We know change can be hard, but we’re here to help those parents and kids through that change.”

The proposed boundary maps for 2020-21 can be found online at baschools.org.