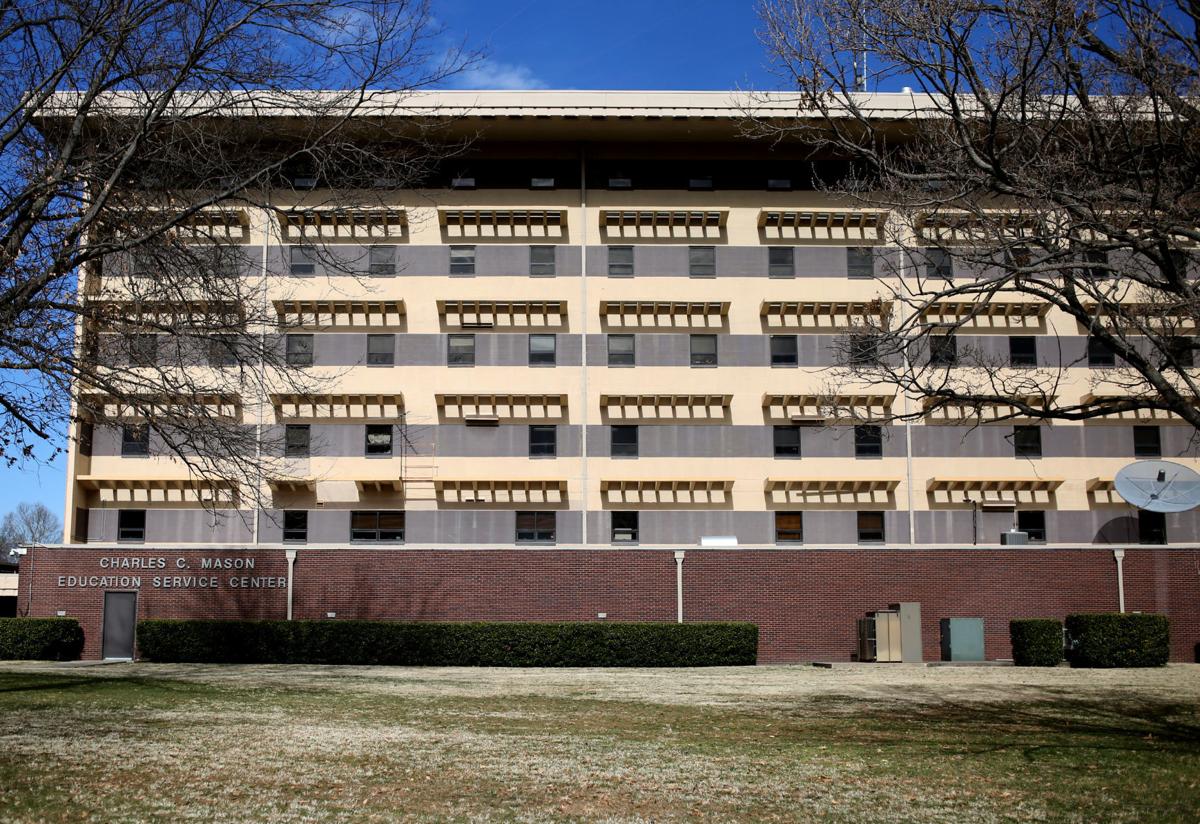 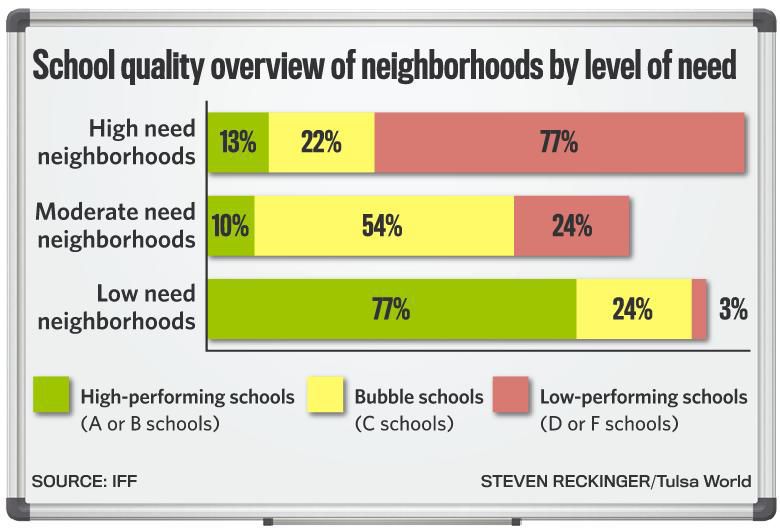 The study, which was conducted by the nonprofit researcher IFF, analyzes student access to quality public education in the Tulsa metro, using the Oklahoma State Department of Education’s 2017-18 report cards to identify school performance.

Of the 124,685 area students attending traditional public and public charter schools in 2017-18, 25% were enrolled at low-performing schools, according to the study. Another 31% attended bubble schools, while 36% were at high-performing schools. The remaining 8% of students were at schools that did not receive a grade.

Further, seven of the 26 neighborhoods defined by the study contained 69% of the region’s low-performing schools. Each of these “high-need neighborhoods” are located in Tulsa and Berryhill, and those demonstrating the highest need for school improvement are concentrated primarily in north Tulsa.

Although about 32,400 students attended public schools in high-need neighborhoods, only about 4,000 went to a high-performing school, the report states.

Economically disadvantaged students accounted for 82% of those enrolled in high-need neighborhoods. Low-performing schools rarely are found in wealthier communities.

Tulsa and Berryhill may possess every high-need neighborhood, but moderate-need neighborhoods are spread across the metro. Four exist in Broken Arrow. Two fall within the Union Public Schools boundary. Others are in Sand Springs, Sapulpa, Collinsville, Skiatook, Sperry, Bixby and Glenpool.

Bushey said it’s easy to look at Tulsa and Oklahoma City when thinking about struggling schools. Although the state’s two largest school districts have the biggest needs, inequities exist everywhere.

“I think the helpful part about this tool is that, one, it broadens our focus beyond just one district line,” he said. “And two, it gives us a way to look at the issue holistically and then divert resources where they’re needed.”

Fifty-three of the 198 public schools in the Tulsa area were designated in the study as high-performing. The majority are traditional public schools; 8% are charters. Only one — Booker T. Washington High School — received an A.

Bushey said this statistic reflects the fact that low-performing charter schools are more likely to be shut down. He also commended the academic rigor of some of the Tulsa-area charters, though he noted they serve far fewer students than traditional schools.

But 40% isn’t good enough. He believes there should be a higher priority in Oklahoma to increase the number of high-performing public schools across the metro.

Educators often worry about potential consequences when critical studies concerning public schools are released, Bushey said, but their purpose is much more than that.

“Yes, accountability is important,” he said. “But I would say much more so, if we don’t have open data and if we’re not using data to inform decisions and policy as well as local investments, then how do we know what we’re doing? Rather than see this study as a way of how can we go after low-performing schools, the intent here is to provide data to help make more informed decisions that can ultimately lead to good outcomes for kids.”