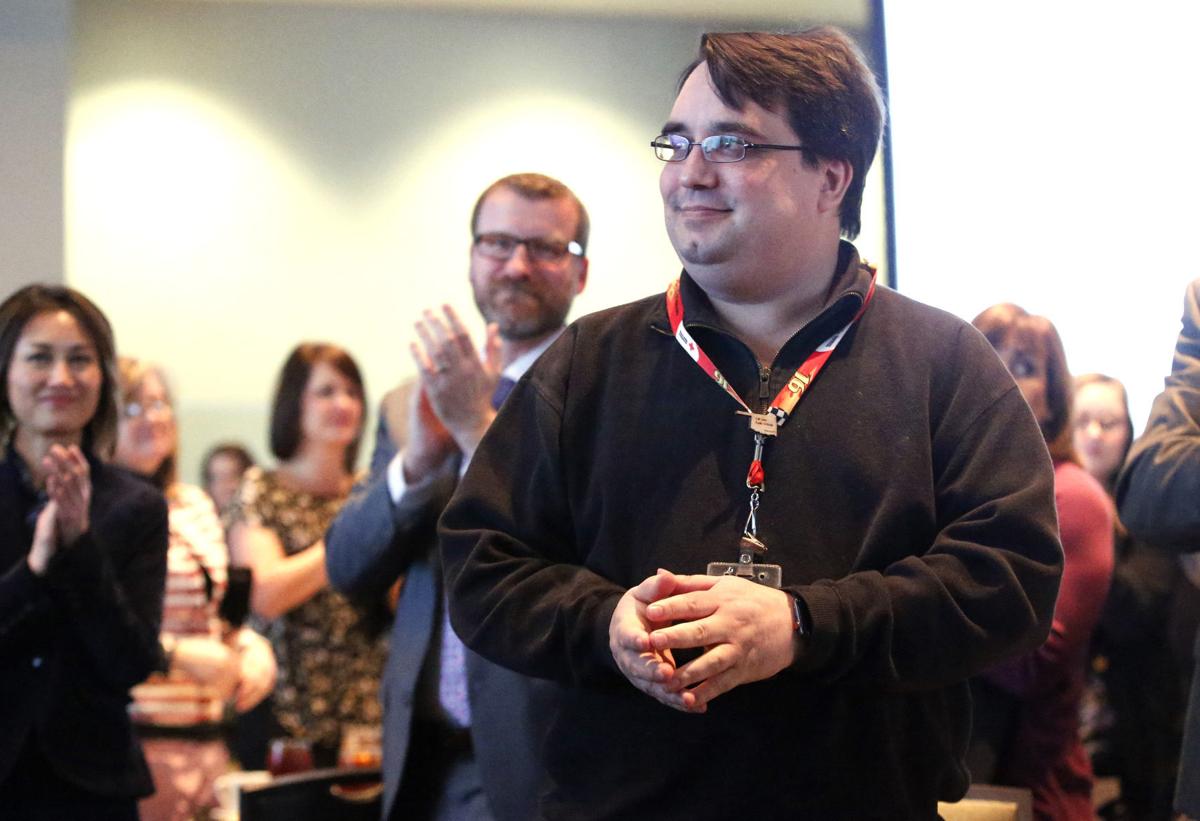 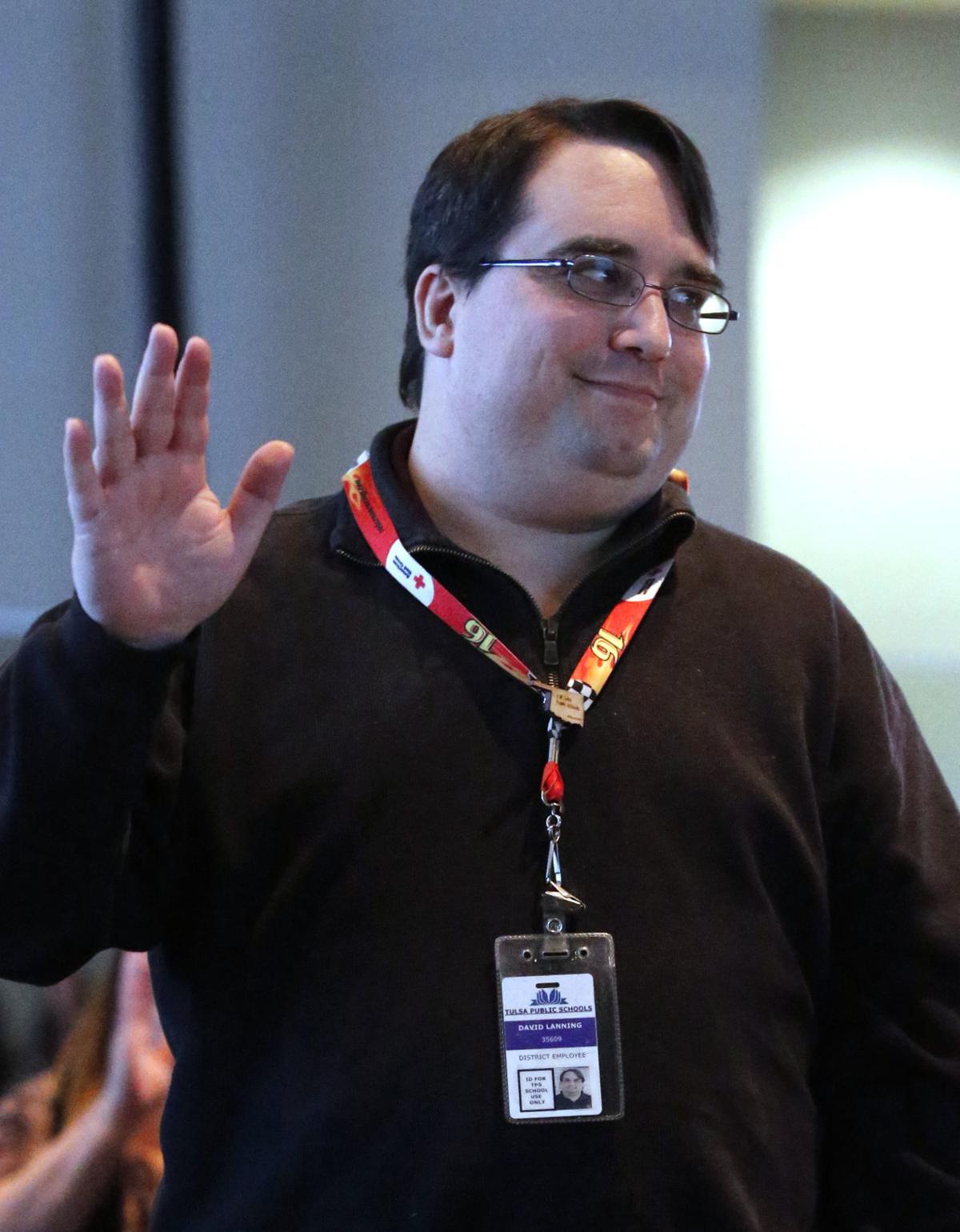 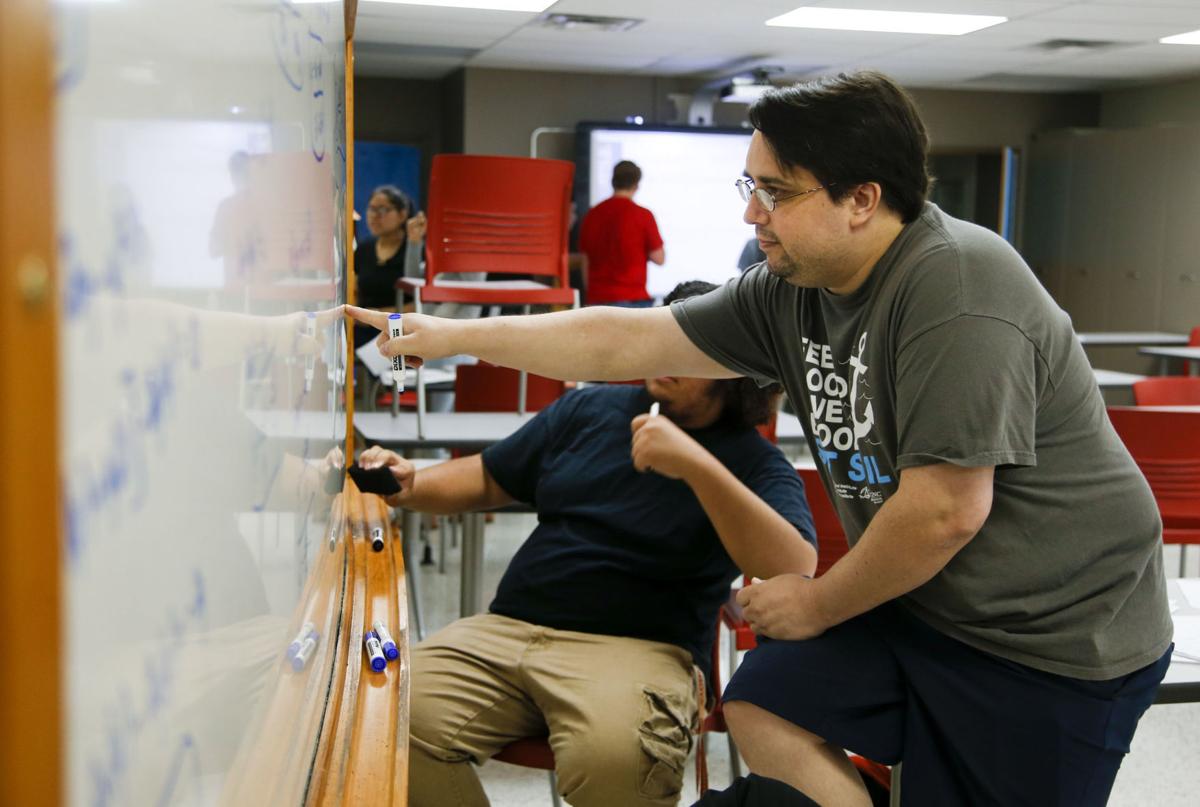 Stratton highlighted AP math teacher David Lanning while addressing the need for increased education funding at the chamber’s annual meeting Thursday. Particularly, the chairman lauded a voluntary calculus camp he teaches in the summer to give students a head start in advanced math.

“And did I mention that Mr. Lanning runs that camp on his own time and does not get paid a penny to do it?” Stratton told the crowd of more than 1,300 people. “He is building confidence in his students and opening them up to their own potential.

“Again, a voluntary class in the summer, taught by a teacher volunteering his time. ... That is also just one example of the work our teachers do to inspire our students and why we must invest in common education at a far deeper level than what we accomplished last year.”

Stratton then asked Lanning to stand on behalf of all Oklahoma teachers and thanked him for inspiring kids to graduate and succeed.

The lengthy shoutout was hard for Lanning to wrap his head around. He admitted to feeling nervous in the days leading up to the speech and said he didn’t feel more deserving than any other educator.

“I’m honored, but there’s a lot of other teachers that do similar things, so it could have been any one of them,” he said.

Still, what Lanning has accomplished can’t be taken lightly. About 30 students attend his camp every summer despite not receiving any extra credit. They do it to prepare for East Central’s rigorous AP calculus courses, which help with college.

One student, whose parents were refugees from El Salvador, earned a full ride to the University of Tulsa and is majoring in cyber defense. That story also made Stratton’s speech.

So why does Lanning sacrifice precious family time to stay in school and teach for free? For the students, of course.

“Our goal is to recruit and train the best teachers, and the only way that’s going to come about is with funding. So he nails it,” Lanning said. “He sees exactly what the issues are. If we have the resources and we have the classroom materials to teach our students, then they’re going to perform better.”