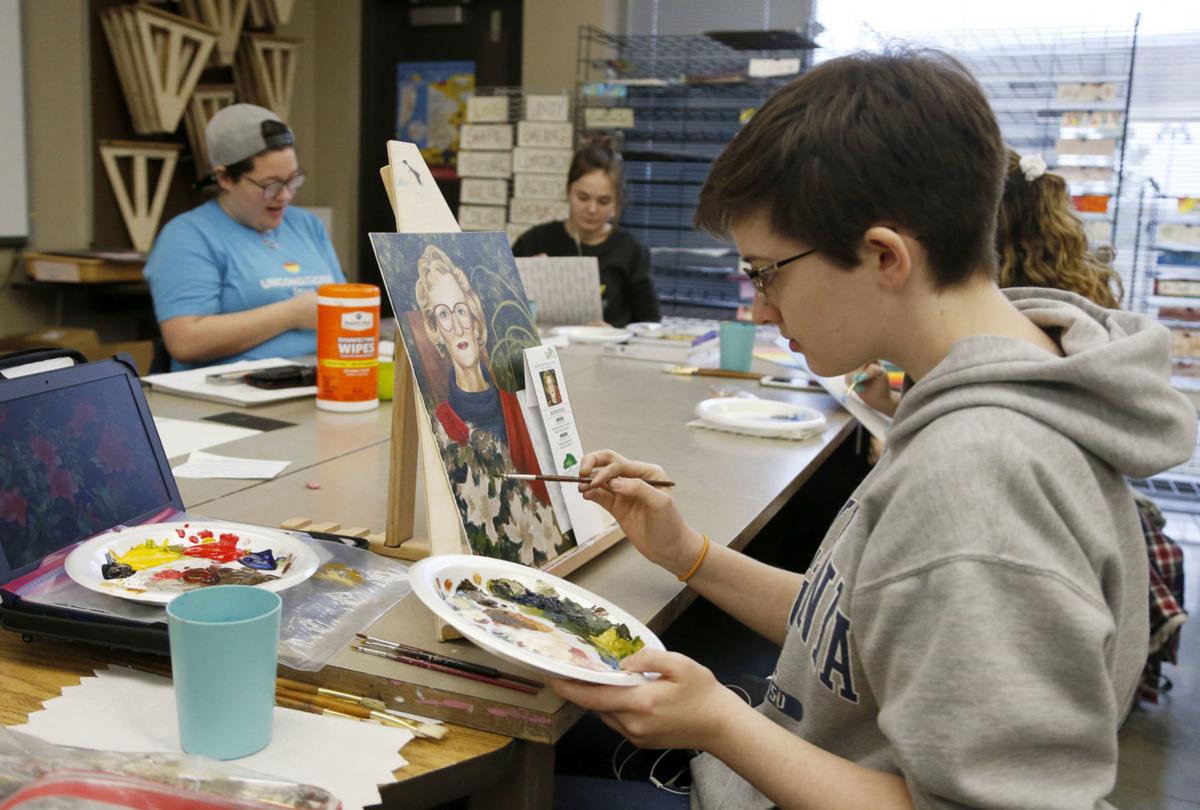 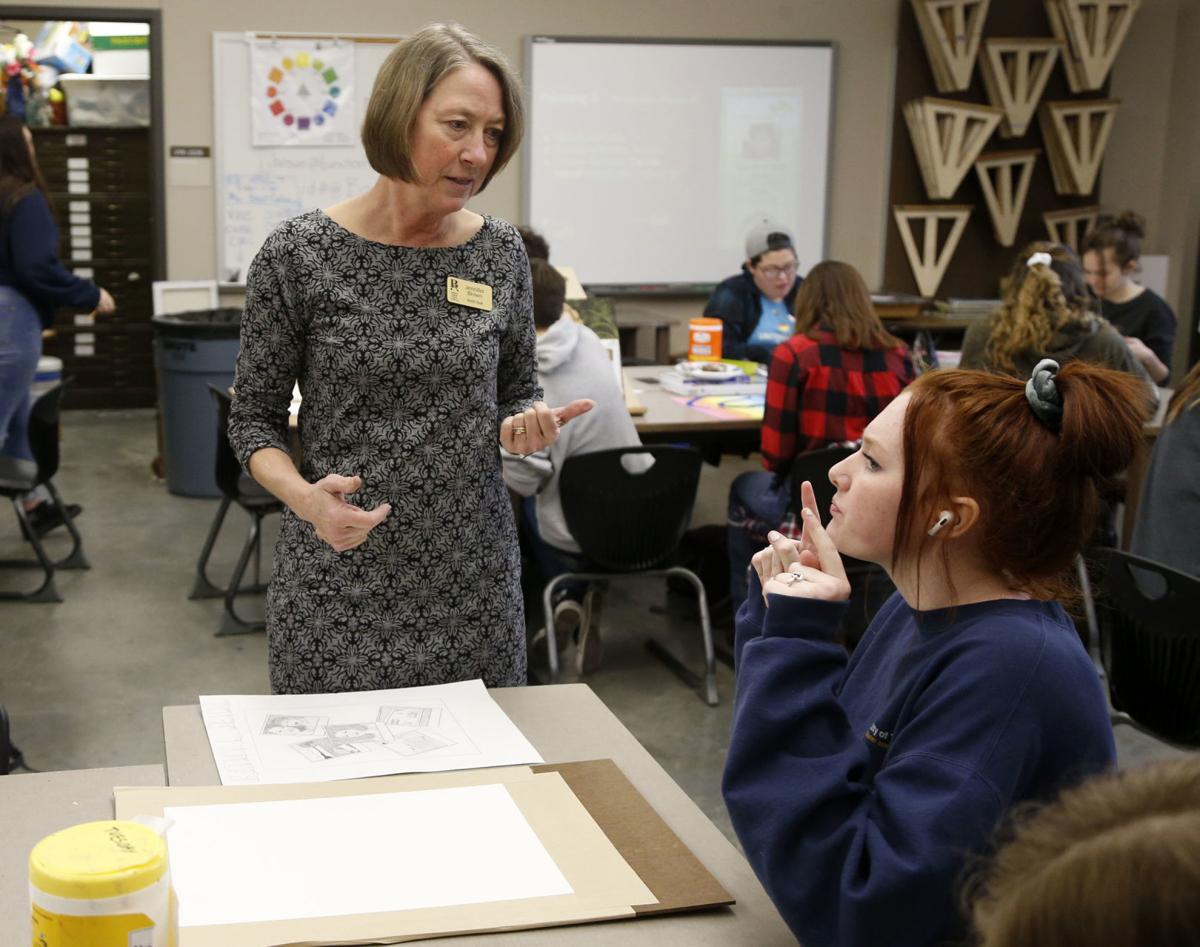 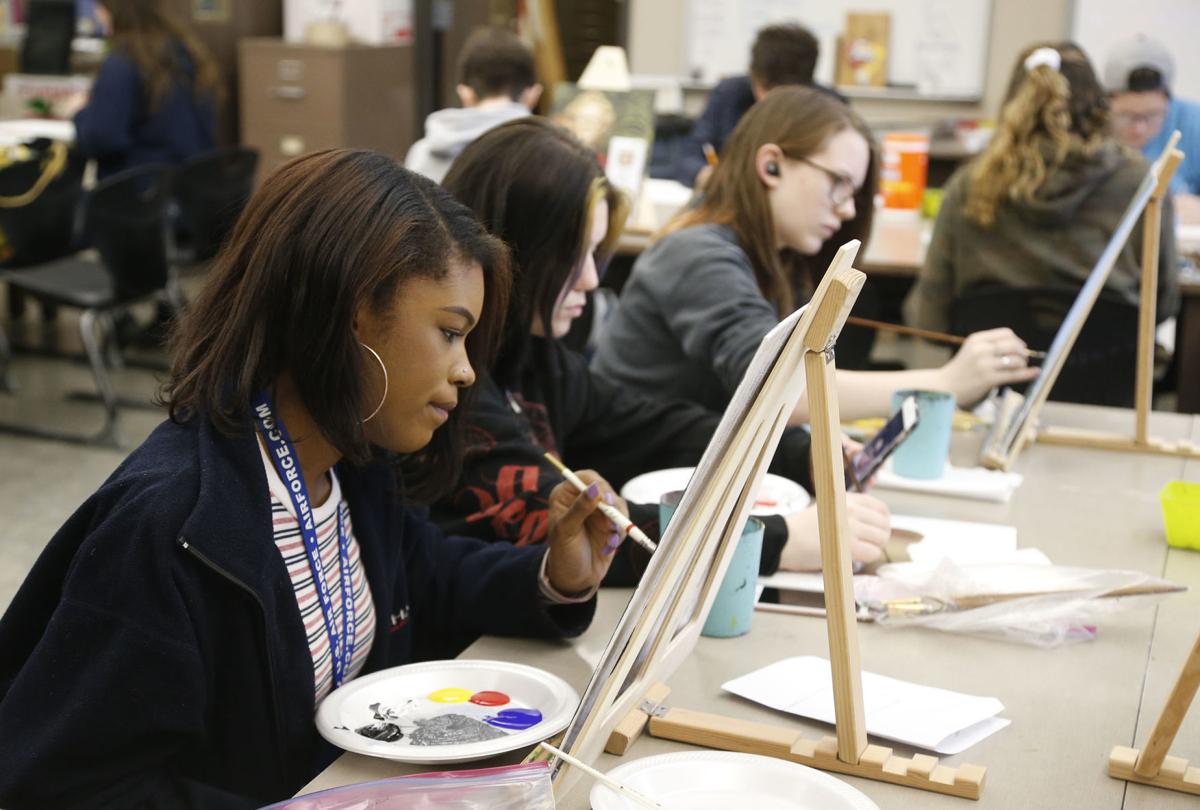 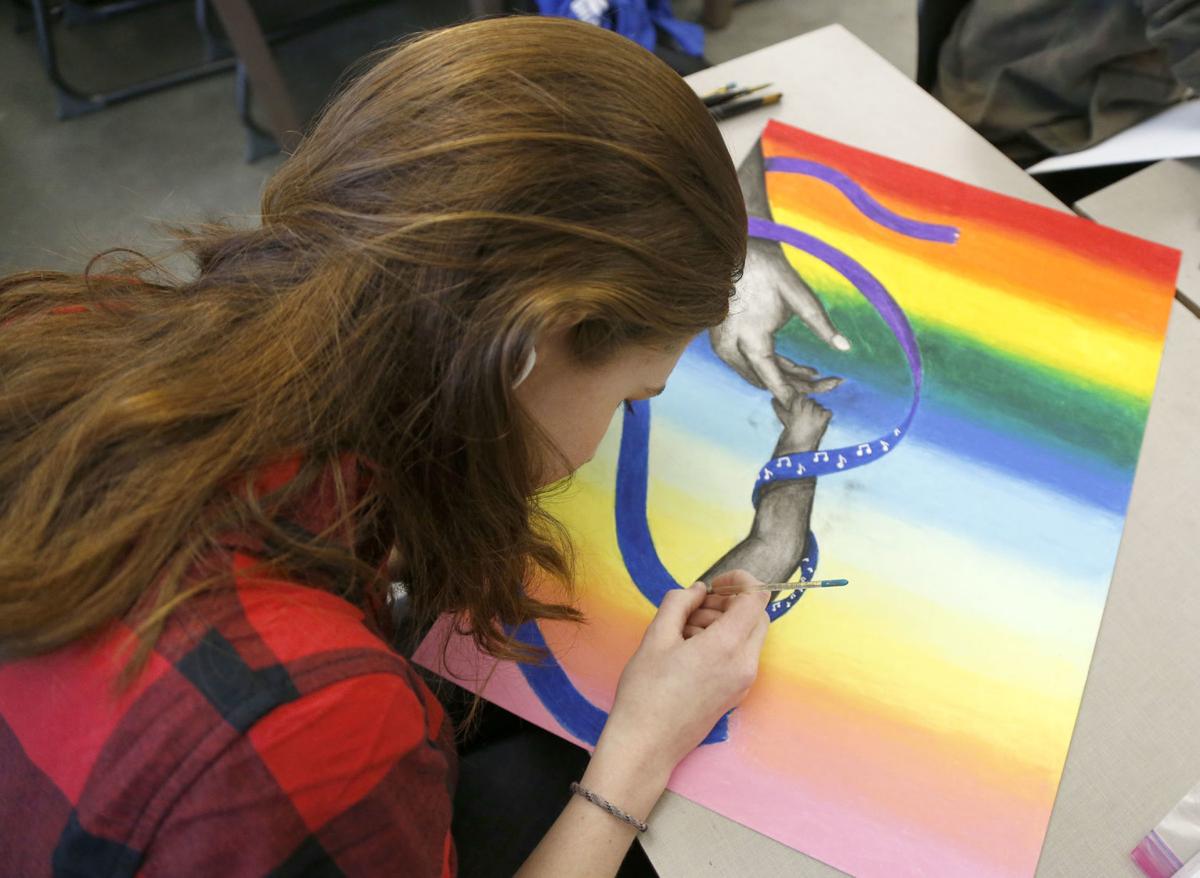 BROKEN ARROW — Chanistie Moser sifted through the names and faces of Oklahoma City bombing victims as she tried to find the right subject for her classroom’s latest project.

Two art teachers at Broken Arrow High School recently distributed profiles of the 168 victims and asked their students to choose one that resonated with them. The objective was to research that person and create a work of art that embodies, honors or represents them in some way.

Moser, a junior, wants to work with children after she graduates, so she focused on the nearly 20 kids who died after a truck bomb exploded outside the Alfred P. Murrah Federal Building on April 19, 1995.

Although the smiles and short biographies of the young victims were heartbreaking, she said there wasn’t a particular image that stood out from the rest. Then she happened upon 26-year-old Carrie Ann Lenz and her unborn son, Michael.

“I wanted to do something with children, but I couldn’t find any kids by themselves that just spoke to me,” Moser said. “But when I found Carrie, something just clicked.”

Lenz was six months’ pregnant and working on the ninth floor of the federal building when the bomb detonated. A colleague who survived later told Lenz’ husband she was showing ultrasound pictures of Michael moments before the blast, The Oklahoman reported at the time.

As Moser learned more about her subject and considered how to best encapsulate a pregnant woman who died too young, she began developing an emotional connection to a tragedy that happened a decade before she was born.

“This will probably stick with me for the rest of my life,” she said.

Teacher Jennifer Brown said she got the idea for the project after reading the daily victim tributes printed in the Tulsa World to commemorate the upcoming 25th anniversary of the bombing. She realized many of her students likely knew little of what happened that day or the event’s continued impact on their state.

Brown and another art teacher, Jennifer Deal, formulated a plan to use the tributes as a learning opportunity and requested the remaining profiles from the Oklahoma City National Memorial & Museum.

The students are given free reign on how they choose to personify their subjects on a 12-by-16 canvas. Their only requirement is to incorporate the original tributes into their artwork.

Brown said she was surprised by how quickly they took ownership of the project and committed themselves to honoring the victims.

“I think seeing that there were kids who died, there were grandparents who died, that really affected them,” she said. “Even though they didn’t know those who were killed, they were actually able to understand the tragedy in a way they couldn’t before.”

Deal, whose classroom borders Brown’s, still vividly remembers the moment she learned about the bombing while living in California. She recalled returning home to Oklahoma that summer and how the incident seemed to forge its way into every conversation.

Everyone had a story about someone they knew who perished or narrowly survived. Her friend’s father, for instance, worked in an office that was across the street from the Murrah building and was heavily damaged by shattered glass. He missed work that day and escaped certain injury.

“I just think it’s awesome that these kids were born after all that, but we’re helping them understand what a significant event this was,” Deal said. “Now they’re making that connection. They’re so moved by this. It’s been precious watching them pick their people and finding inspiration.”

Because there are about 20 fewer students than victims, some of them took on a double workload.

Senior Kaylee Neighbors selected 57-year-old Carolyn Ann Kreymborg and her 33-year-old daughter, Carolyn Ann Reeder. Both worked in the federal building and died in the attack.

It’s a lot more work, but Neighbors said she wants to do right by Kreymborg’s son, who has stayed in contact with the Oklahoma City memorial over the years.

She chose to paint lifelike portraits of the women surrounded by azalea bushes because they loved gardening and that was their favorite plant.

Before undertaking the project, Neighbors knew about the bombing only from the required Oklahoma history class she took in her freshman year. Her biggest takeaway was that a lot of people died long ago in another part of the state.

Getting a chance to explore and capture the existence of two of those people helped her to humanize the tragedy and understand it on a deeper level.

“You’re delving into these people’s lives, and you realize these were people,” Neighbors said. “They had passions, hobbies. They had jobs. They had families. And you don’t really consider all of that on just a surface-level statistic. You don’t get that information from a number.”

Senior Jordan Tabberer also chose a mother and child to illustrate. Dana Cooper, 24, died three weeks after becoming the director of the Murrah building’s child-care center. The woman’s 2-year-old son, Anthony, was with her.

Tabberer said she felt a special link to the woman because she reminded her of her mom, who teaches first grade. Cooper was about a year away from receiving a college degree in early childhood education.

For her project, she painted a rainbow backdrop and used charcoal to draw a mother’s hand reaching out to a much smaller hand clutching her finger.

The overall experience was eye-opening for Tabberer, who was shocked by the magnitude and reach of the bombing.

“I didn’t know how many victims there were before this project,” she said. “And I didn’t realize that there were people from Broken Arrow who died. I found one girl who graduated from my high school.”

Representatives from the memorial visited the classrooms last week to see the artwork firsthand. They promised to bring the students to Oklahoma City this spring to tour the museum.

Brown said the district currently is looking for a local venue to display the projects in hopes of igniting an interest in other young Oklahomans and inspiring teachers to follow in their footsteps. She also wants to move the artwork to Oklahoma City during the anniversary.