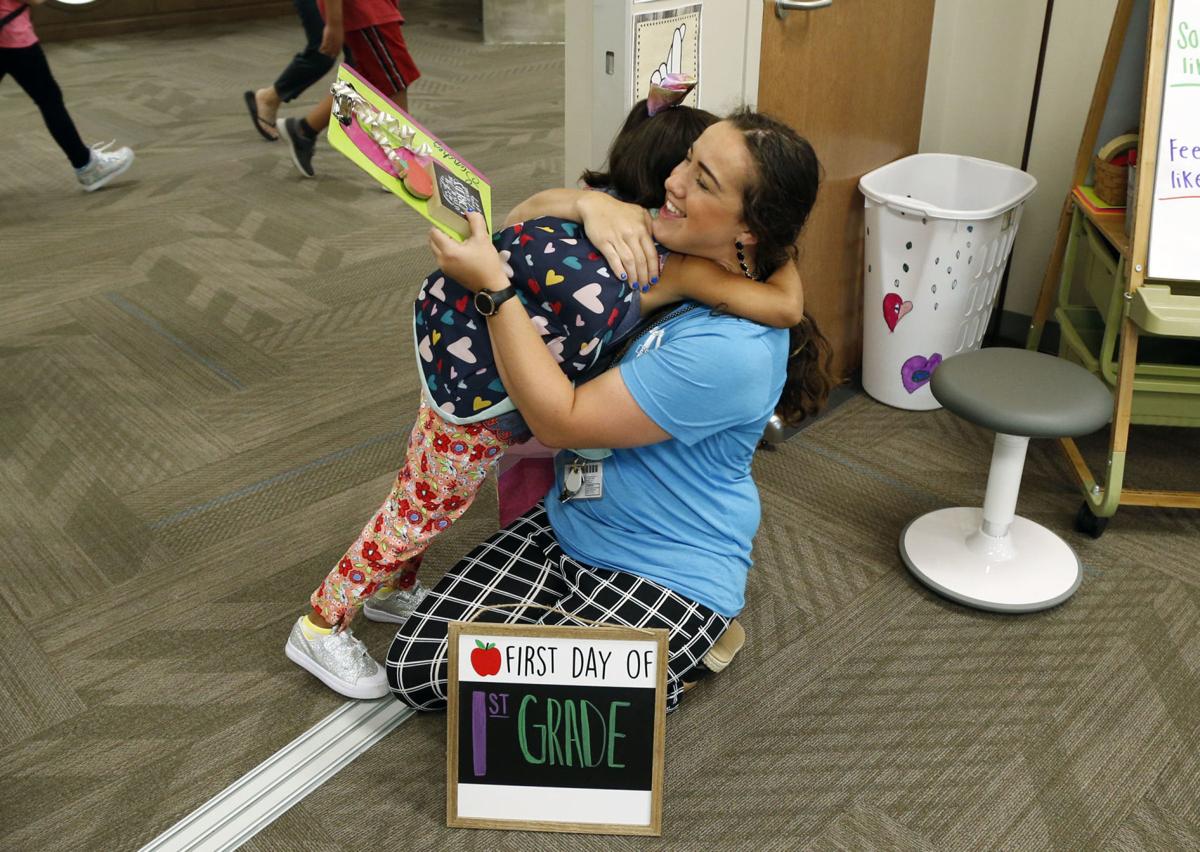 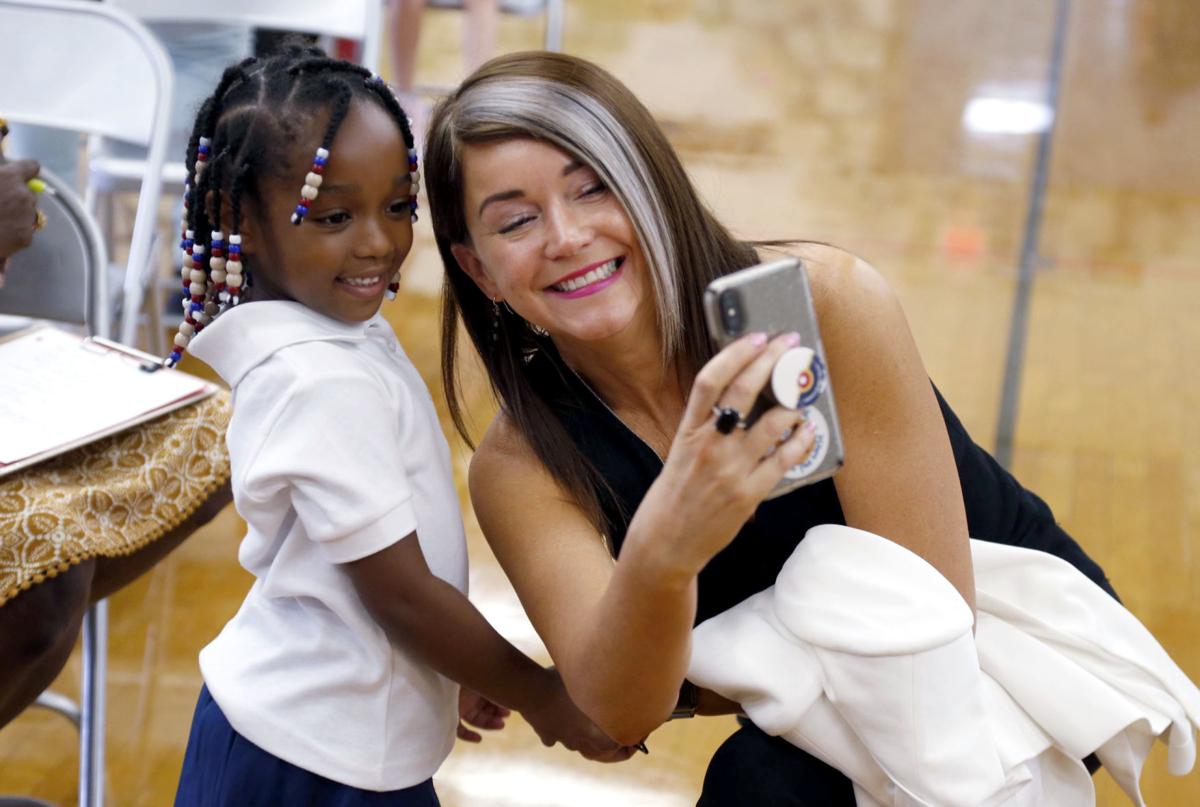 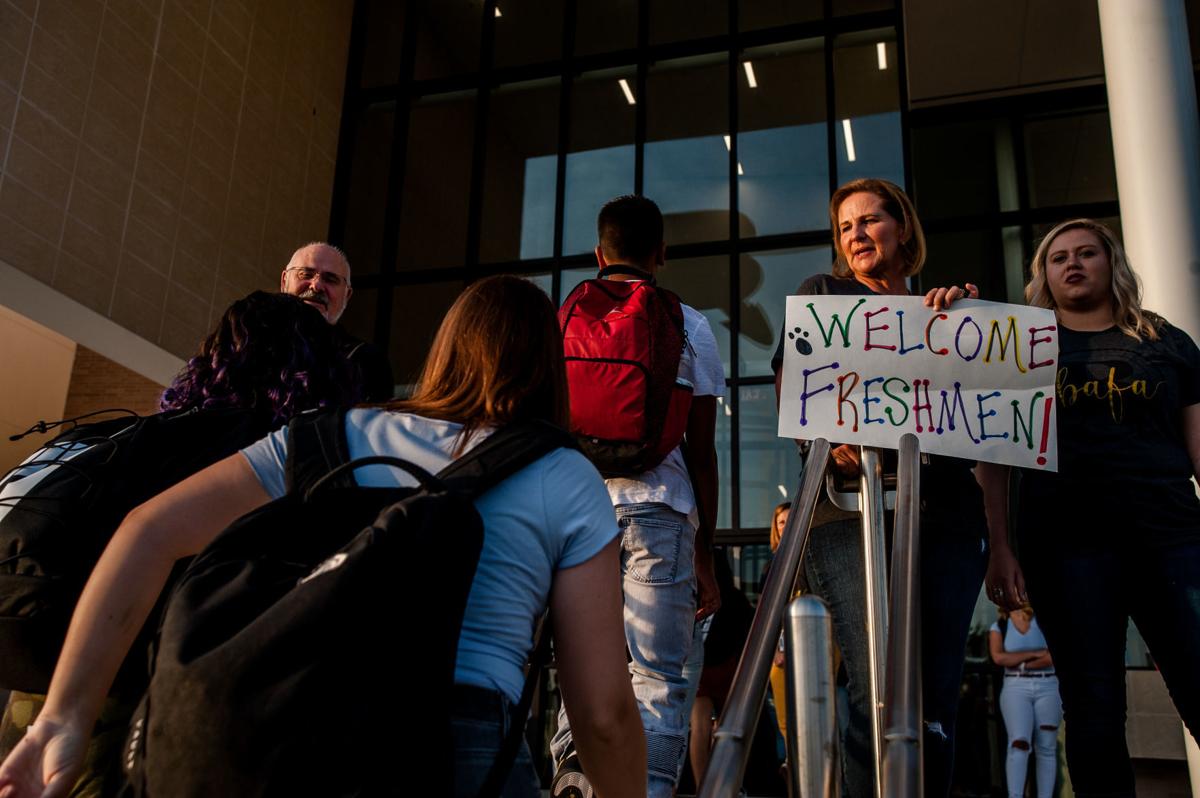 Broken Arrow Freshman Academy teachers and administrators welcome students as they arrive Wednesday for the first day of school. 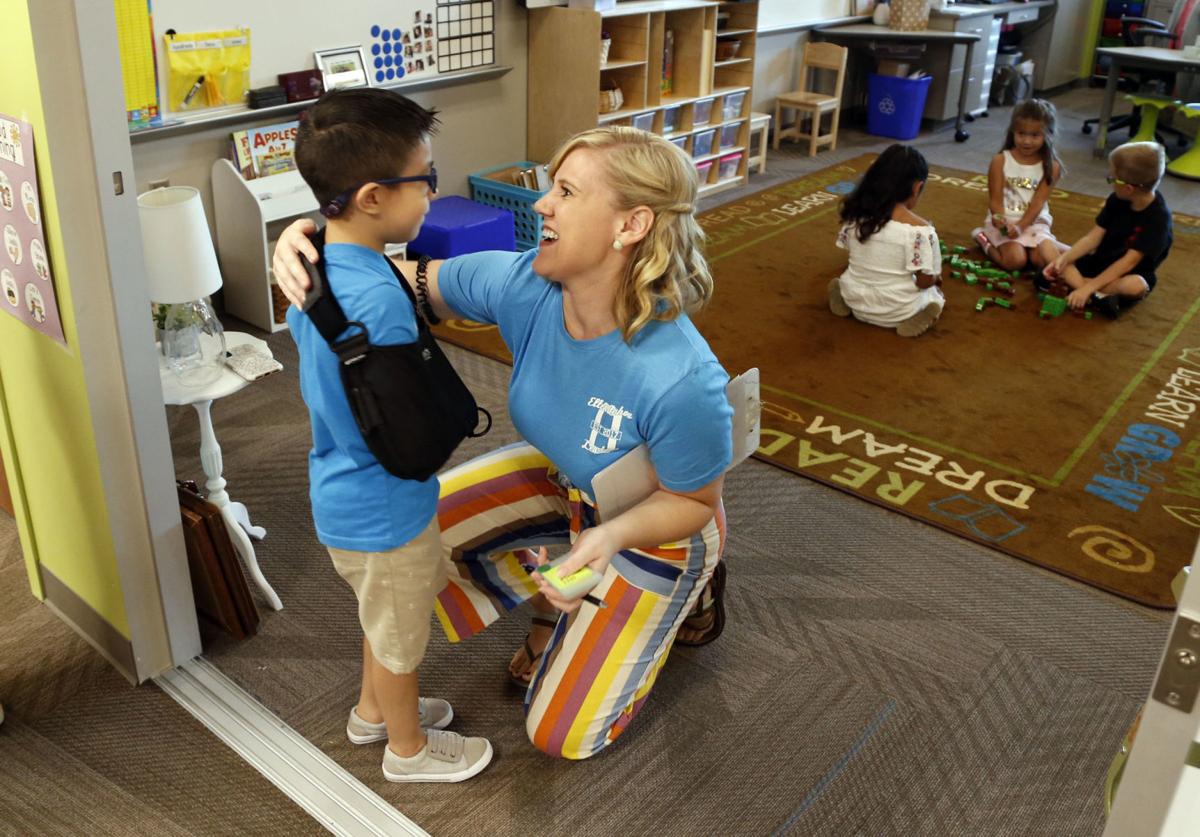 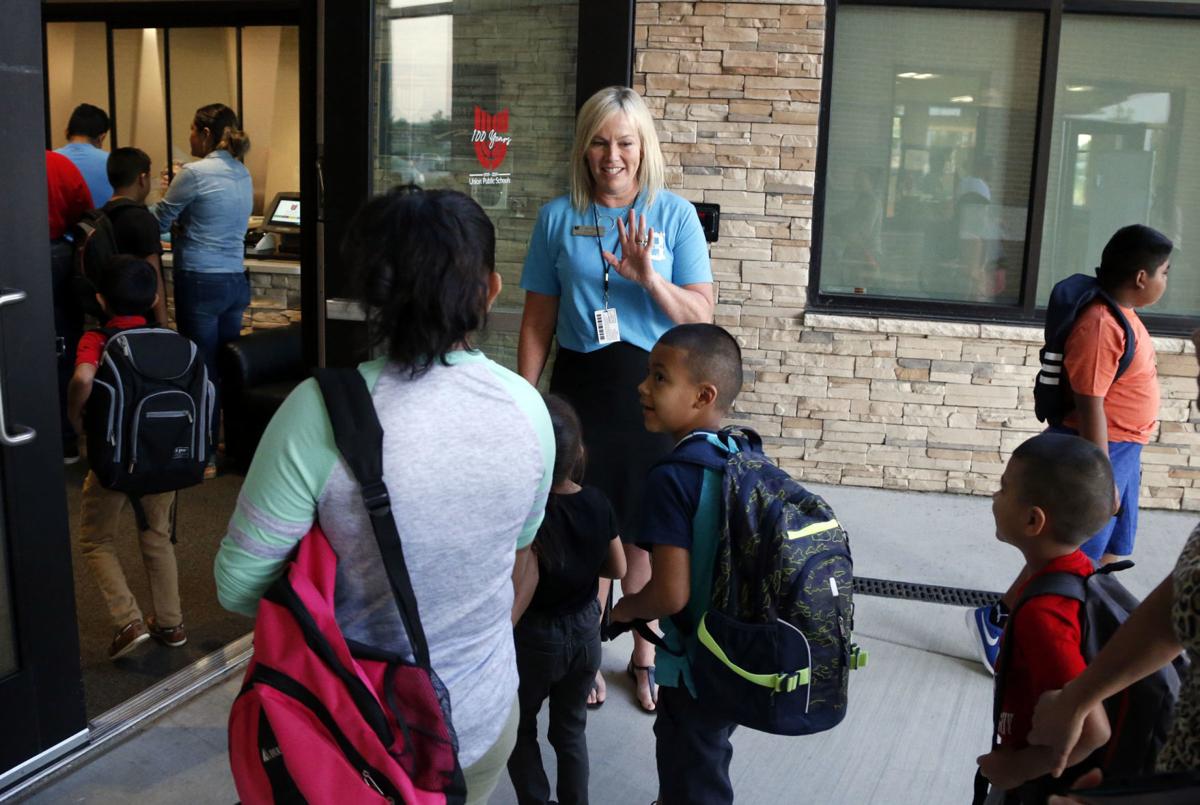 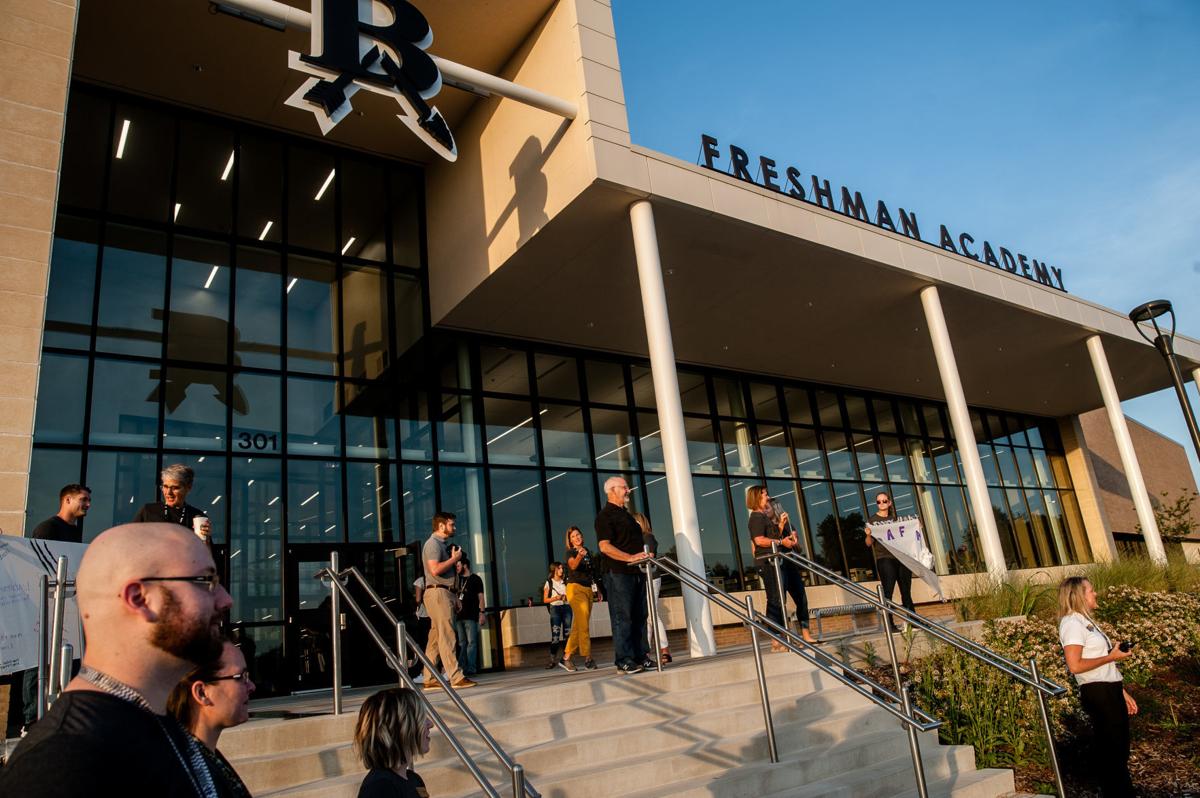 Students at the Broken Arrow Freshman Academy are welcomed by teachers and staff on Wednesday, the first day of the fall semester. JOSEPH RUSHMORE/for the Tulsa World 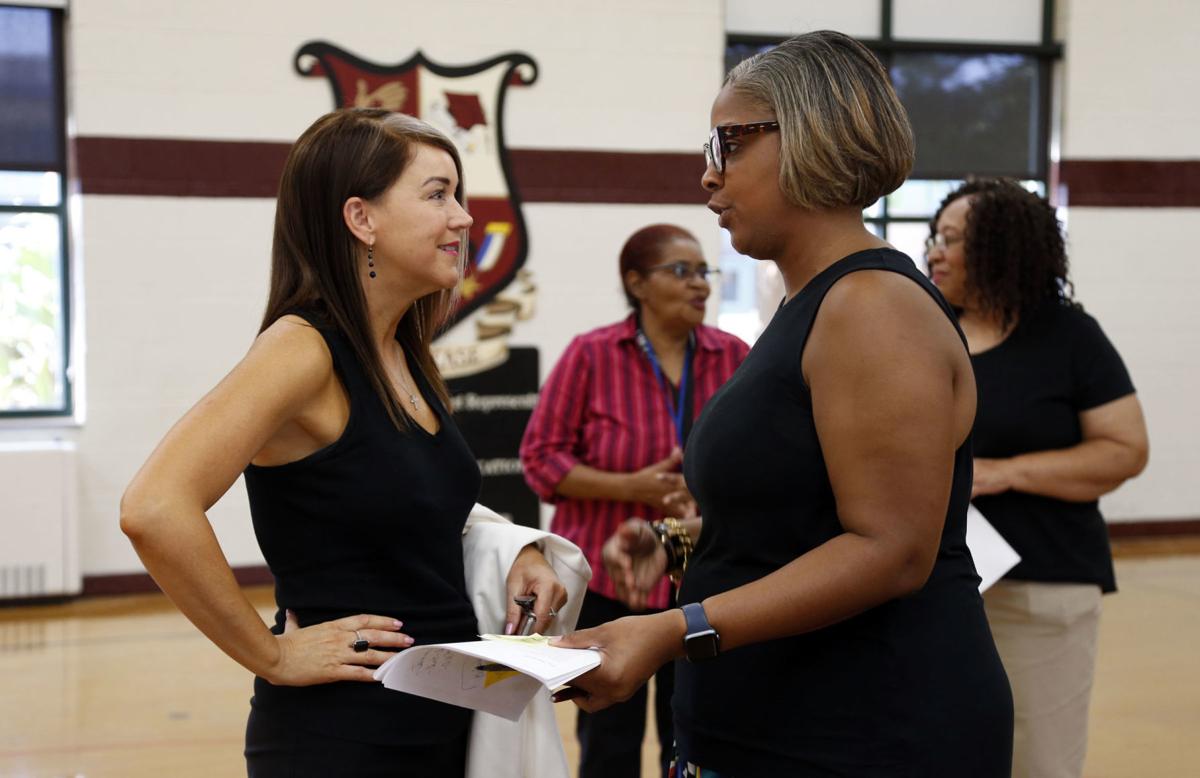 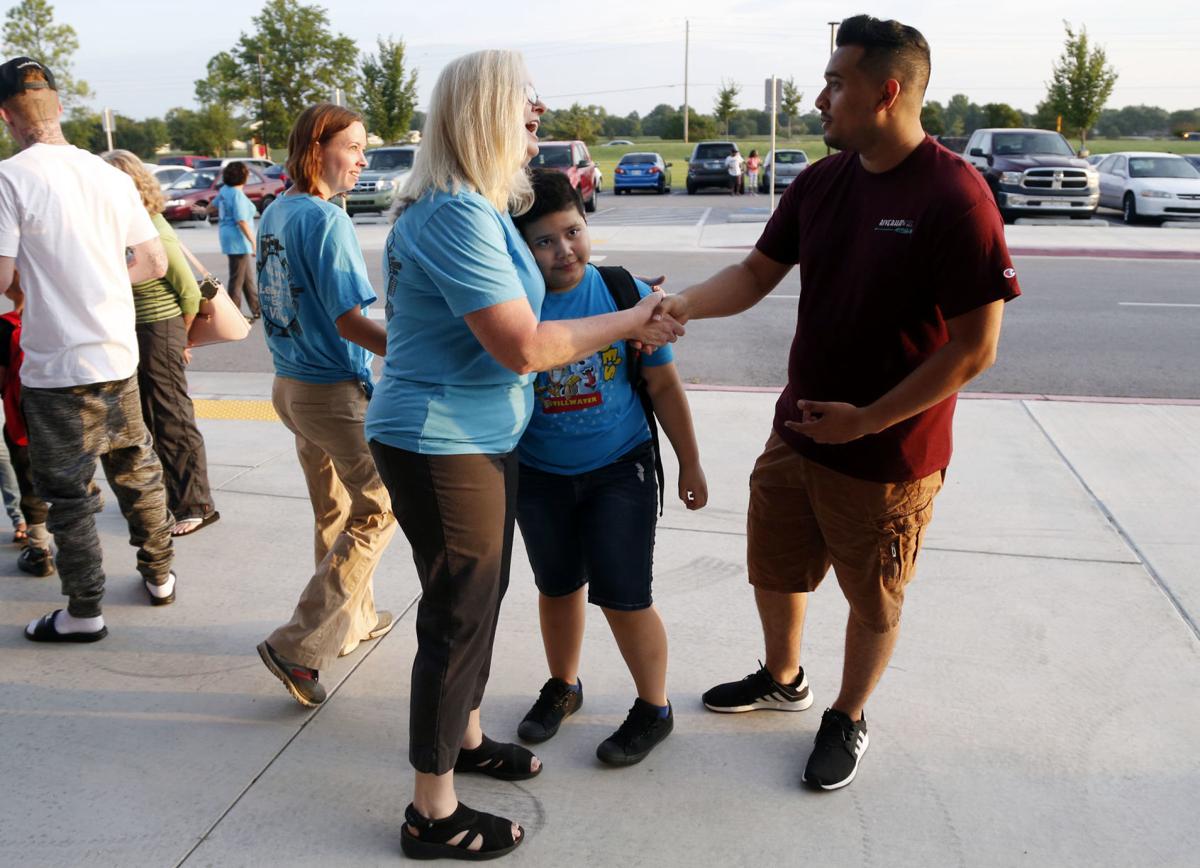 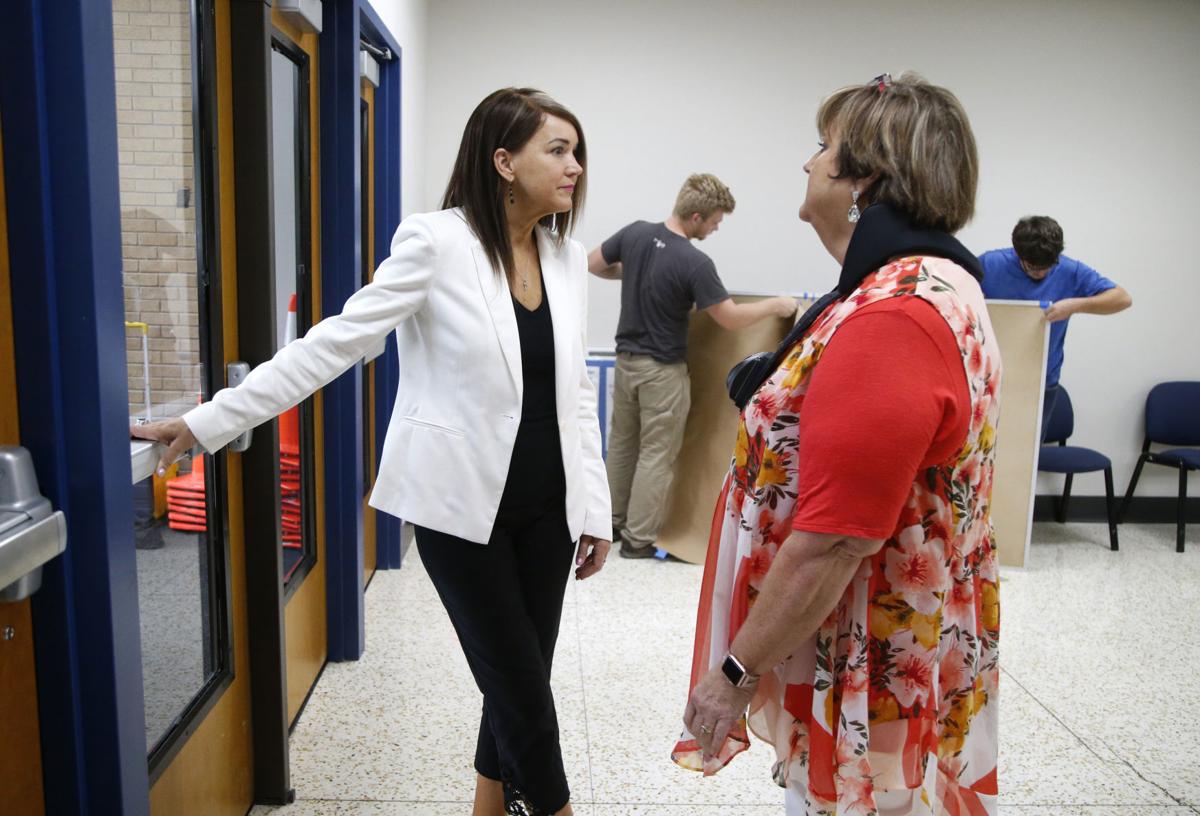 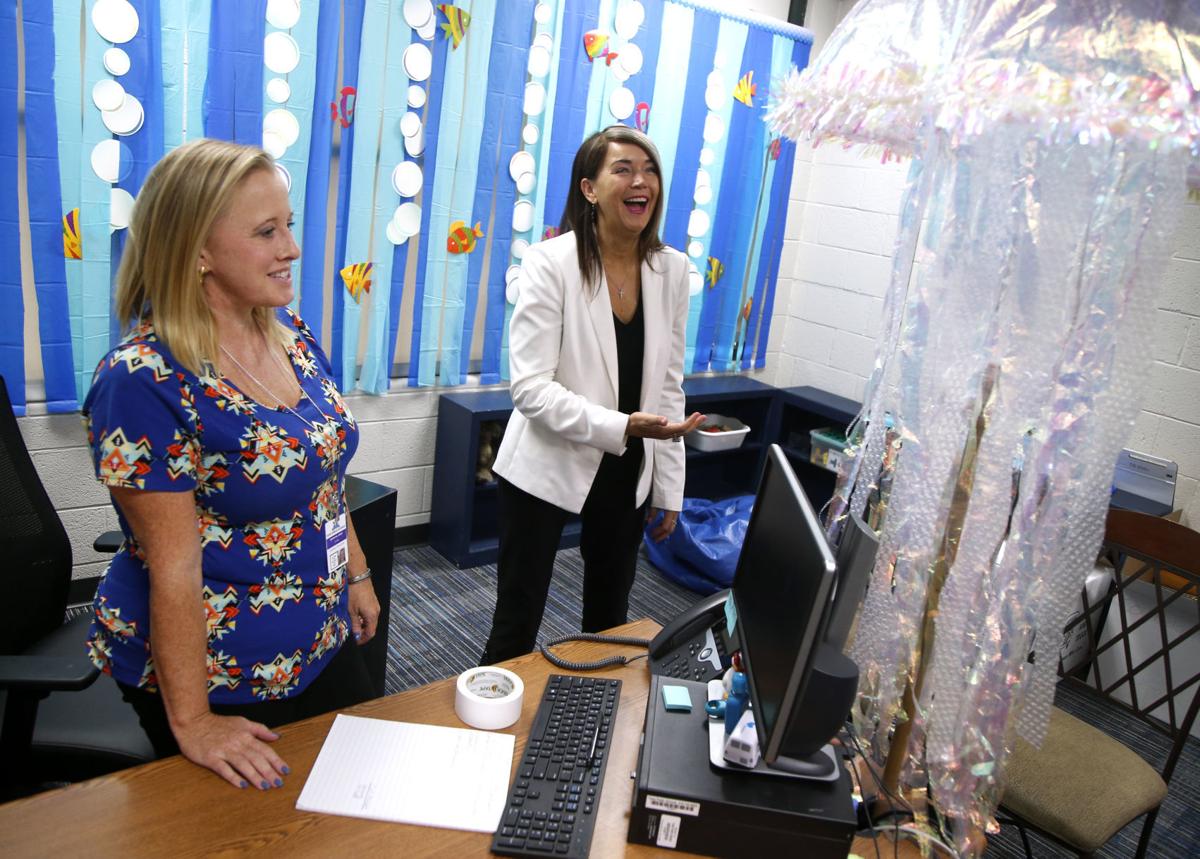 Broken Arrow Freshman Academy teachers and administrators welcome students as they arrive Wednesday for the first day of school.

Students at the Broken Arrow Freshman Academy are welcomed by teachers and staff on Wednesday, the first day of the fall semester. JOSEPH RUSHMORE/for the Tulsa World

Thousands of students in the Tulsa and Union districts walked into schools with boosted enrollments or new names. Even more found themselves with new principals, including those at the Freshman Academy in Broken Arrow.

Tulsa district: No school seemed quite as ready to embrace change as north Tulsa’s Monroe Demonstration Academy, which nearly quadrupled in size with a projected 950 students this year.

More than 100 community members, teachers, staff and volunteers cheered students on as they arrived for the first official school day at the expanded Monroe, located at 2010 E. 48th St. North.

Langley said he was in awe of the size of the welcoming committee. He expected some community turnout but not to this degree.

That turnout meant a lot to the third-year principal.

Langley said the school support displayed on Wednesday morning is just the start of the community’s involvement at Monroe this school year.

“It’s important for the scholars to actually see that level of support is not just for day one,” he said. “It’s for all year, because this version of this school is really the vision and the dream of a large collaborative effort. To see that collaborative effort spill into the first day — it’s very powerful.”

Chloe Allen, a north Tulsa pastor and retired teacher, waved a colorful handmade sign that read “Have a great day.”

With so many changes happening at Monroe on top of traditional first-day jitters, Allen said it was especially important for students to arrive to an outpouring of support.

Self-esteem is essential for student learning. If kids see how much their success means to the community, then it will mean that much more to them, she said.

“I think when they see community leaders and they see grandmas and they see moms and dads out here telling them to have a great year and really cheering them on, then that gives them incentive to succeed,” Allen said.

Less than a mile west of Monroe, McLain High School Principal Renee Rabovsky was having the time of her life.

Rabovsky, who took over as interim principal after her predecessor’s resignation in May, joined teachers at the front entrance to receive students before the first bell.

There were no problems to speak of as hallways cleared and classrooms filled up, an accomplishment Rabovsky was glad to see. She remembers more than once during her four years as assistant principal having to deal with long lines of students trying to figure out where to go.

Chatting with teachers and teenagers after months of preparing for this new role helped to solidify that her lifelong mission to lead is now a reality.

“This is like my dream come true,” Rabovsky said. “This is my school, my town. So I’m just excited, to be honest.”

Students at the nearby John Hope Franklin Elementary School have a new principal and a new school identity this year. Kelley Blakney leads the recently named school, which resulted from the consolidation of Gilcrease Elementary and ECDC-Bunche and serves students from prekindergarten through fifth grade.

Superintendent Deborah Gist toured the three schools and 10 others throughout the day, meeting with the many principals and teachers.

Her favorite part of the day, however, was spent talking with students. Gist especially appreciated a girl at Mayo Demonstration Academy who asked her for a hug.

“The most memorable experiences for me are the moments I get to talk to kids,” she said.

Wednesday’s school tour was a significant change of pace from two years ago, when Gist started the year teaching a third-grade class that didn’t yet have a permanent teacher.

The Tulsa district still had 23 teacher vacancies Wednesday, pushing several other administrators into classrooms for a fourth-straight year. Most of the vacancies have been filled by last-minute applicants whose paperwork has not yet been processed.

Still, Gist said the inability to start the year with enough educators demonstrates the persistence of the teacher shortage that has plagued Oklahoma for more than half a decade.

“I think the message that we want Oklahomans to hear is that we still have a teacher shortage in our state,” she said, “We still have a lot of work to do to make sure our teachers are paid a professional, competitive salary and also to make sure that all of the working conditions that children need to be successful and teachers need to both be successful and to want to stay in Oklahoma are in place.”

Union: Wednesday also proved to be a unique first day for everyone at Union’s Ellen Ochoa Elementary School, where enrollment jumped from about 540 students to 970. The boost was made possible due to the recent completion of the second half of the school building, which opened in 2017 to reduce crowding at other elementary schools.

Ochoa Principal Rita Long said the larger school population called for several procedure changes. Administrators focused on communicating the changes over the summer and made personal visits to families of every student in a single evening, she said.

To help students feel more comfortable, the school invited families to walk their children to their classrooms. Teachers and employees stayed front and center to greet families and answer questions.

“I think always you’re wanting things to go smoothly and for it to be a warm and welcoming environment,” Long said. “So we worked really hard to ensure that those things were in place just to make it a great first day for our families.”

Broken Arrow: Meanwhile, Josh Regnier experienced some nerves heading into his first school day as principal of the Broken Arrow Freshman Academy. With more than 1,200 projected students, the academy is about twice as large as East Central Junior High, where he was principal the past seven years.

“When you spend seven years developing procedures at a school and then you come into a new place, you have to learn quick,” Regnier said. “It’s like drinking water out of a fire hydrant.”

But he wasn’t as nervous as he could have been, which he credits to having a great team around him.

Regnier described the first day as fast and furious from the time parents dropped off their children in the morning to when the final student left in the afternoon.

Trying to get 1,200 freshmen through two lunch periods without any mayhem provided an interesting challenge. So did making sure everybody got on the right bus at the end of the day.

“The bus riding, routes and things like that were a bit hectic at times,” he said. “But it’s expected the first day or two while kids get adjusted to the Freshman Academy and how things run here. It’ll get better each day. Not too bad for a first day. I was very happy with it.”

Owasso Public Schools is the only major suburban district that has not yet returned for the fall semester. Owasso’s first day is Thursday.