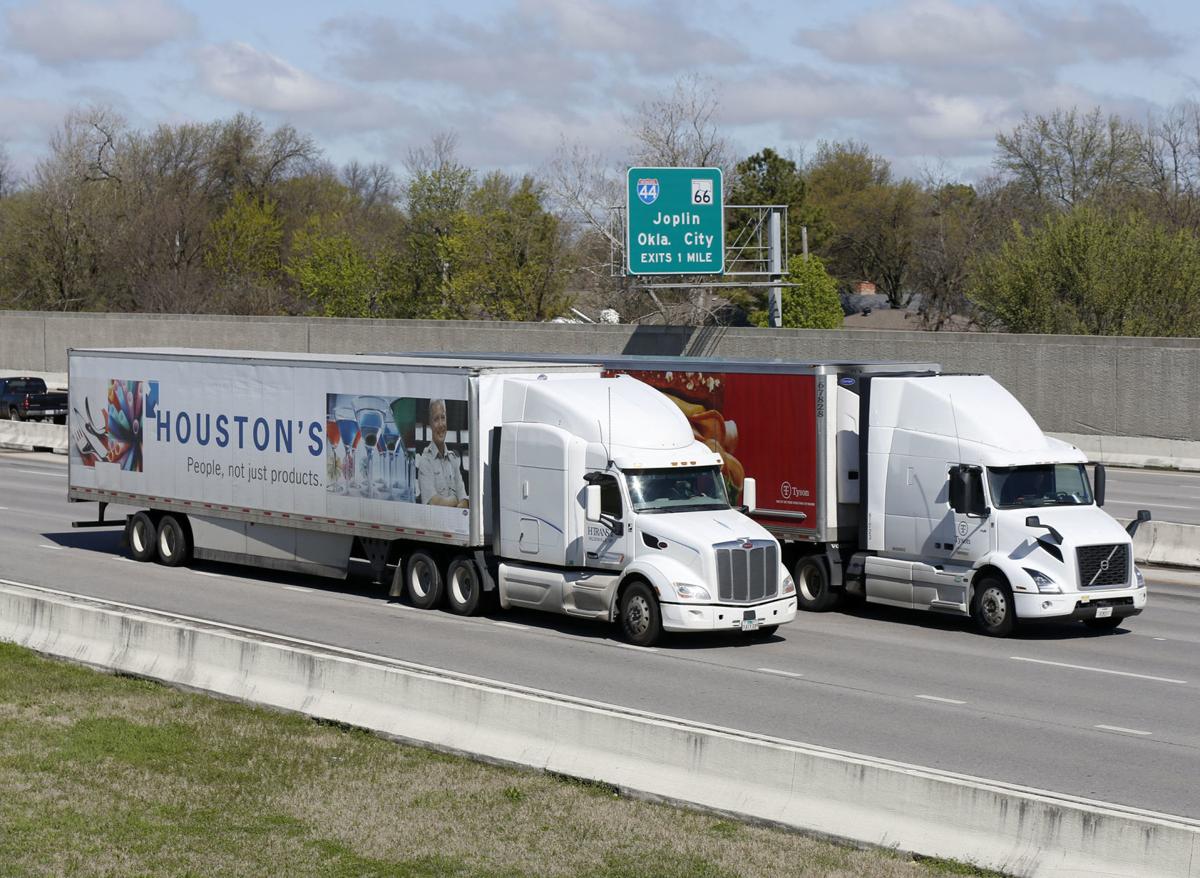 Trucks continue on their route through Tulsa on the Broken Arrow Expressway near the Interstate 44 interchange. STEPHEN PINGRY/Tulsa World 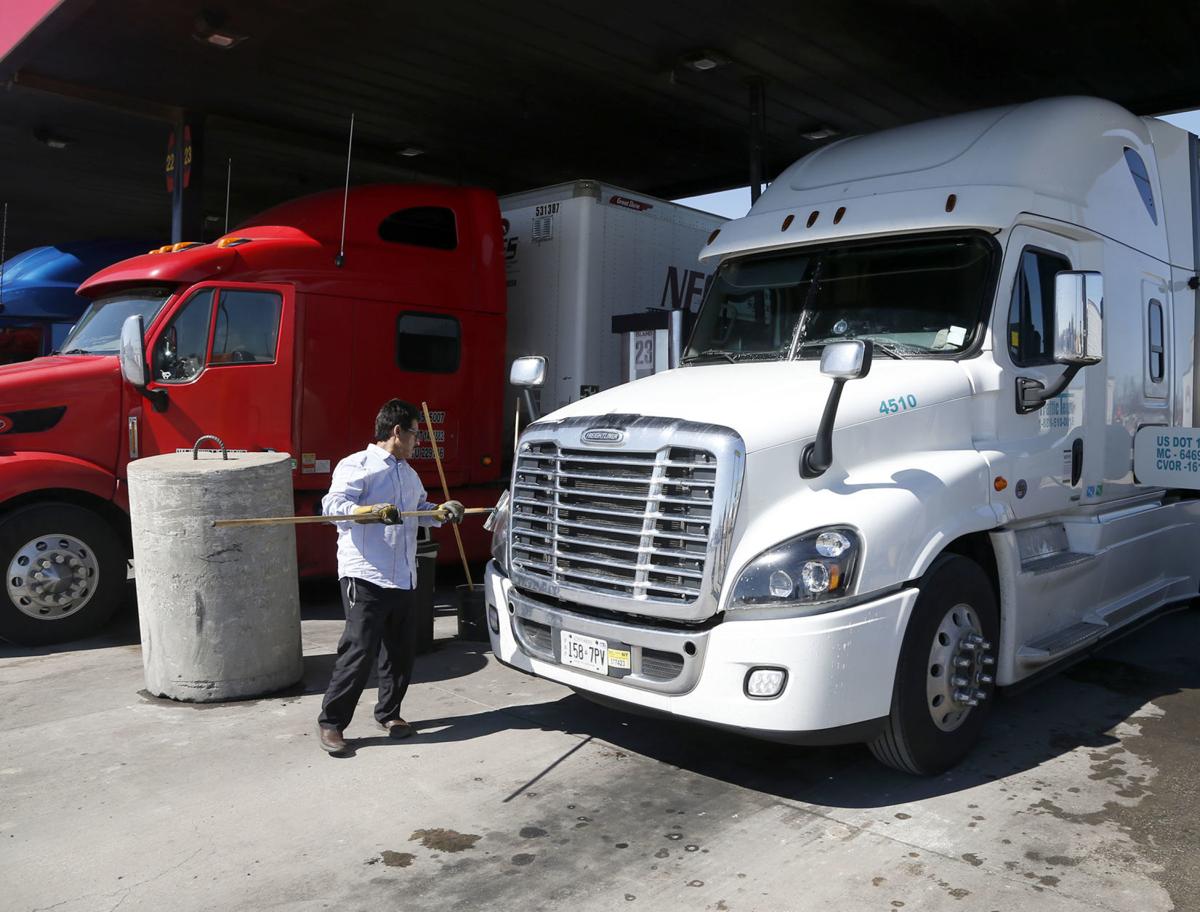 Nouman Ahmed, a Canadian truck driver, cleans the windshield and headlights on his truck at the Flying J Truck Stop at 129th E. Ave. in Tulsa. STEPHEN PINGRY/Tulsa World

Trucks continue on their route through Tulsa on the Broken Arrow Expressway near the Interstate 44 interchange. STEPHEN PINGRY/Tulsa World

Nouman Ahmed, a Canadian truck driver, cleans the windshield and headlights on his truck at the Flying J Truck Stop at 129th E. Ave. in Tulsa. STEPHEN PINGRY/Tulsa World

Leaders of two national trucking firms based in Tulsa said the country’s essentials keep on rolling as drivers take on challenges day-by-day, while an industry representative said state leaders need to avoid rules with unintended consequences.

Danny Christner, vice president and chief operating officer at John Christner Trucking, said drivers have an “esprit de corps” when hit with added demands for produce and other essential goods. They’ve made adjustments as demands fade across the country from other businesses that have shut down in recent days.

“Drivers rise up to an occasion like this,” he said. “They take on that mentality that they are fulfilling a mission to keep the country going... On a normal day drivers don’t get much recognition but without them out there moving goods and keeping supply chains intact, things would be worse than they are.”

Most products of any kind, at some point in their manufacture or delivery, are transported by truck. That is why shipping is protected as federal rules deem it an essential service, and that designation makes it somewhat easier to work across state lines and through different municipalities that may be under various levels of shut down or quarantine, Christner said.

“It’s locked down pretty tight, but the rest of the country, even where it’s shelter-in-place, shipping is an essential service and we keep moving,” he said.

Elliott said Melton has a disaster plan in place for its main Tulsa campus and 50% of its 300 employees are working from home.

“That’s a plan for the almighty tornado,” Elliott said. “Never in my wildest dreams would I have thought about a pandemic.”

Christner has some employees at home as well and has been trying to add support for employees, and local restaurants, by catering meals, Danny Christner said.

Truckers also are helping through the Convoy for Hope program, which does things like delivering a refrigerator trailer full of frozen chicken from Tyson for a Jenks church to distribute this week, he said.

Elliott likened the daily challenges to “putting a jigsaw puzzle back together every day.”

“What will be critical is when we get to the end of this 15-day window where the intent is to flatten the curve, which is a week from now,” Elliott said. “It’s going to be very interesting to see when we get to that point as to the direction we need to go.”

Jim Newport, chief executive officer of the Oklahoma Trucking Association, said the organization has been communicating with the Governor’s Office and administration officials to keep supply lines unimpeded.

“Some of the biggest challenges are just trying to react to the things along the way of the supply chain that might not be evident at first, some of those basic life needs of the trucker,” he said.

Rules that affect things that seem as simple as the ability to fuel up, park, or get food or showers when needed can really slow things down, he said.

“The past three, four days those are some of the issues we’re making sure they’re aware of,” he said. “People need to stay in place and observe quarantines but we need to make sure there are not rules that inadvertently affect the supply chain. I’ve reached out to the Governor’s Office and Cabinet secretaries and they have been attentive and supportive.”

“Governor Stitt knows how important of a role the trucking industry plays during times of need. That is why his executive order declaring a state of emergency suspended many restrictions on truckers, allowing them to be best positioned to respond without running into bureaucratic red tape,” governor spokesman Charlie Hannema said via email.

Christner said the country isn’t running out of goods but it is rediscovering the importance of robust supply lines that have taken the place of large warehouses once kept by retail and grocery outlets.

“Businesses scaled back on warehouse and storage space and that cuts costs, but by doing that if you shut down the supply chain for even a few days a lot of places will run out of supplies because they’re used to getting new supplies so frequently,” he said.

The trucking industry is in a second wave of re-stocking nationwide outlets after a first heavy wave a week ago, he said. Another wave may be yet to come.

“We’ll wait to see what happens a week from now,” he said.