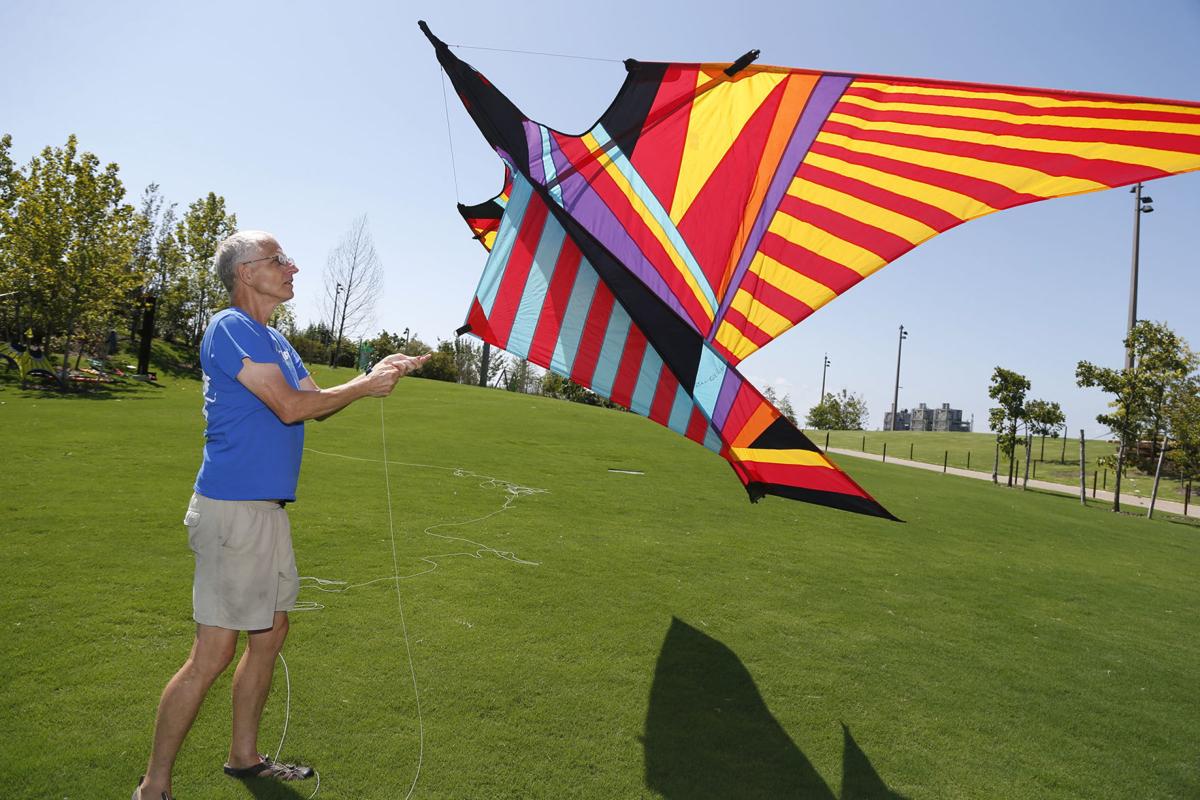 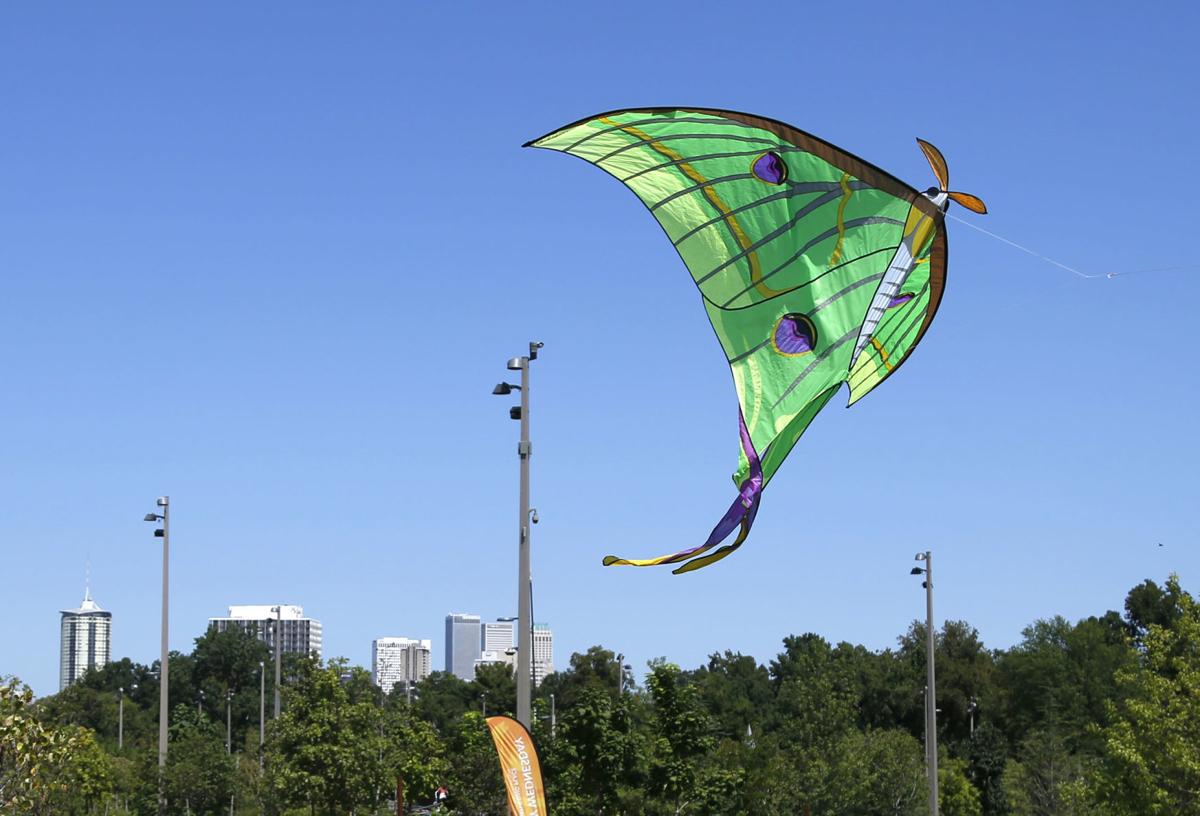 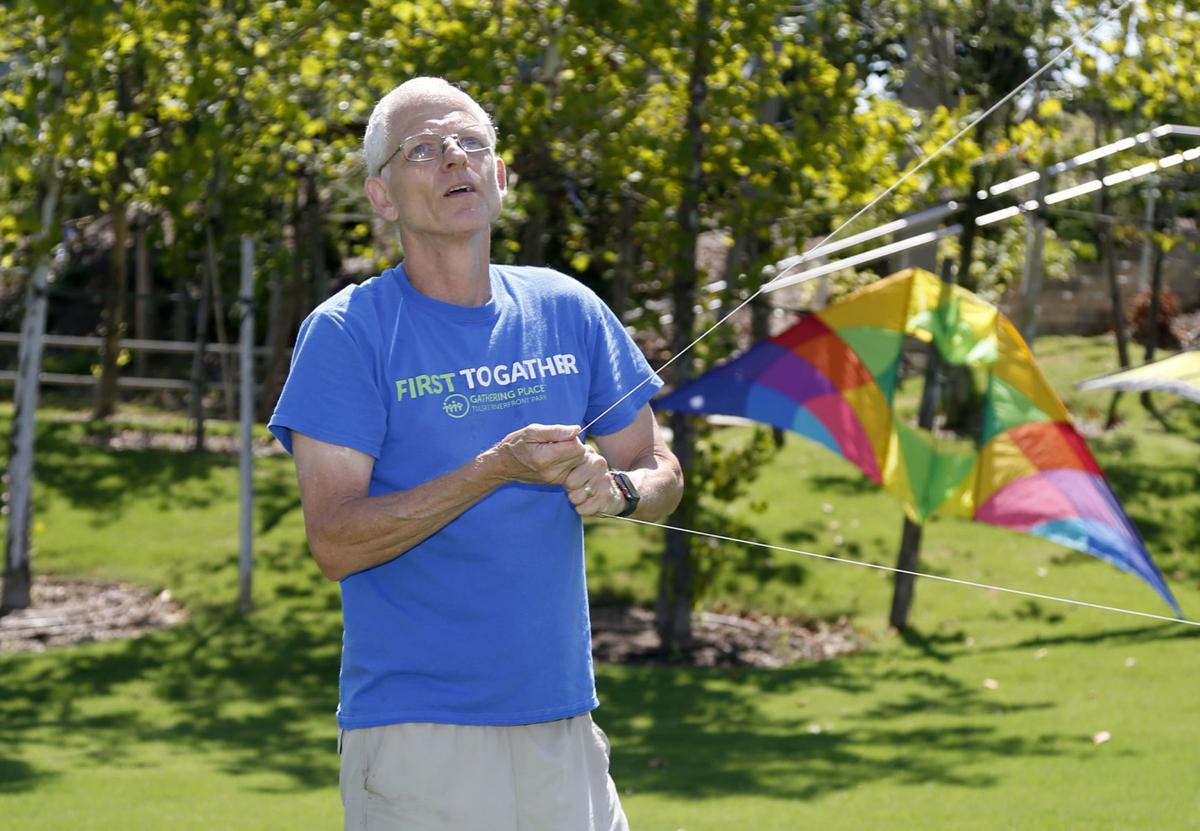 They call him the “Kite Guy,” and that’s just fine with Andrew Hardtner.

He is the Kite Guy — at least at Gathering Place. The 62-year-old drops into the park several times a week between his dog-bathing appointments — it’s been his line of work for four decades — and typically lets fly three or four kites at a time into the air near the Great Lawn.

“The amount of people who come up to me and thank me is staggering,” Hardtner said. “I’ve had people also tell me I complete the park.”

He certainly makes it a more colorful place. Hardtner has about 60 kites, most of which have made an appearance at the park. He usually takes four or five kites to the park each visit but only flies three or four at a time.

“The only reason is because I’m only one person, and the winds can be iffy,” Hardtner said. “I fly 200 to 300 feet (in the air). The reason is so people can see them better. When you get them up too high, you don’t get to enjoy the beauty of them.”

Kites come in all sizes and prices, Hardtner said, and although he’s not flying anything fancy, they are all eye-catching. And visitors to the park love them.

A native of Cape Cod, Massachusetts, Hardtner started flying kites when he was 18. Since moving to Tulsa in the early 1980s, he’s often done his thing at Case Community Park in Sand Springs. Then Gathering Place opened, and he was there on Day One.

“I was going to fly (opening day) and go back to Case Community Park,” Hardtner said. “But as I started flying, more and more people knew who I was, all the staff know who I am, all the regulars who come here know who I am.

“I am called the Kite Guy.”

Buy the current Tulsa World Magazine: Tulsans of the Year 2018

Read profiles on each Tulsan of the Year :: Santa stories :: 10 wines for $10 each :: Meet a challenge junkie