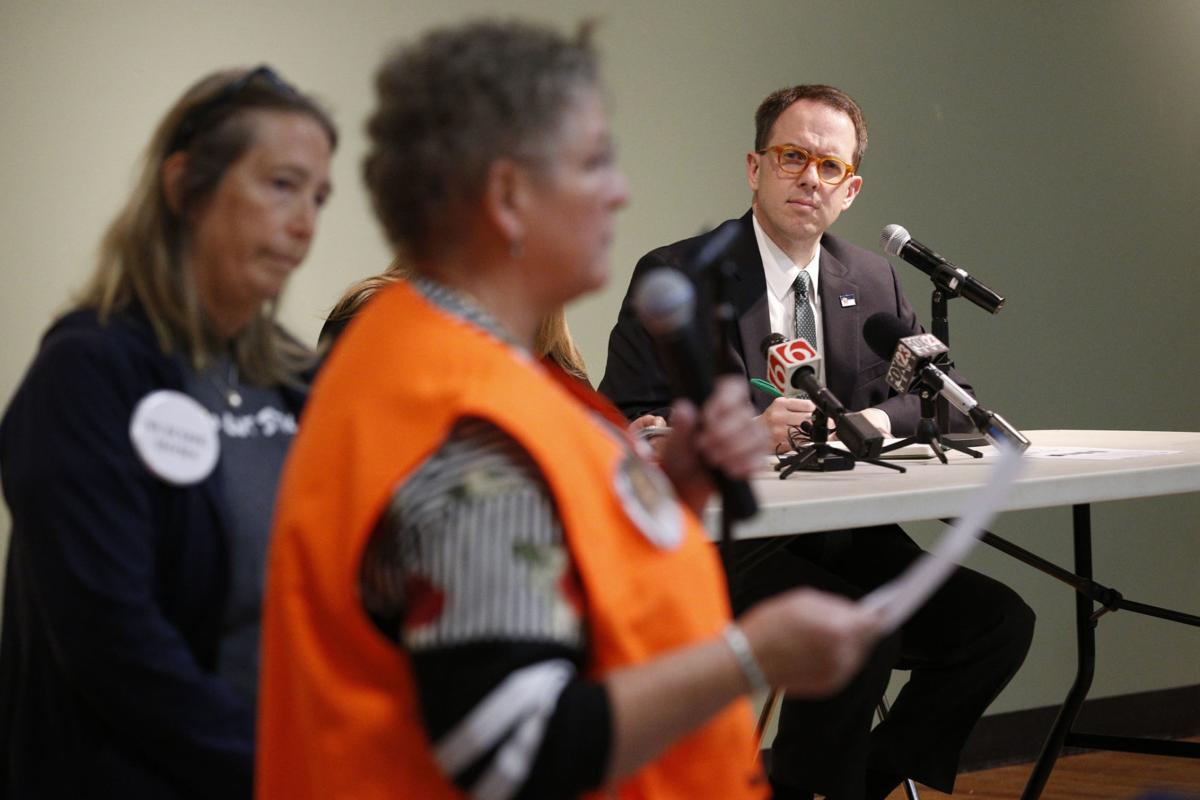 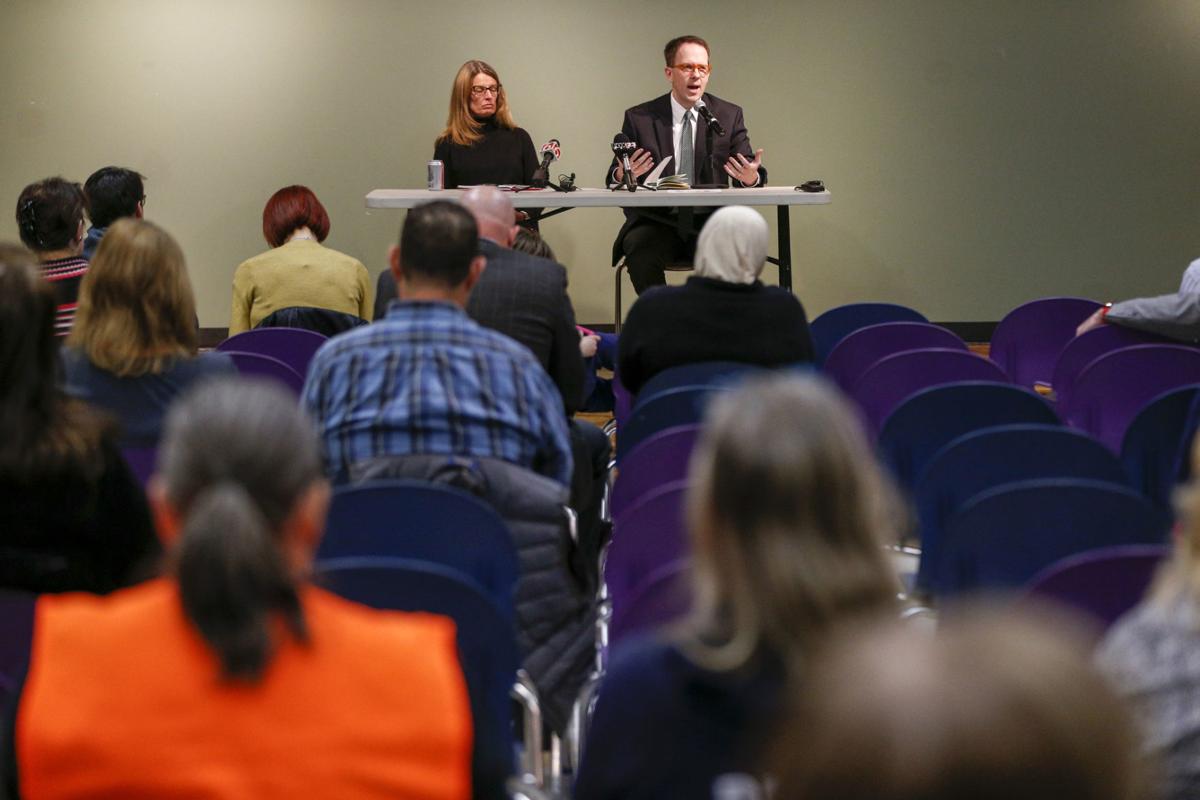 Mayor G.T. Bynum clarified his vision Tuesday night for what qualities he wants to see in Tulsa’s next police chief, and then he spent an hour listening to what Tulsans would like to see.

Their visions, it turns out, weren’t that far apart.

The meeting at Hardesty Regional Library was the first of three the mayor is holding this week to gather public input before interviewing the seven internal candidates who have applied for the job.

Bynum began by giving an overview of the initiatives his administration has undertaken to improve policing in the city.

He then laid out four key qualities he’ll be looking for in the next police chief. He wants someone who possesses strategies for and understands the importance of continuing existing policies to make the city safer; has bought into and understands the importance of community policing; has strong financial management skills; and is committed to innovation and the use of technology.

The Tulsa residents who spoke — nearly 20 of them — spoke in more concrete terms, with many of their comments focused on alleged racial disparities in policing and the mistrust they said many Tulsans have for the police.

Erica Stone-Burnett said she would like the next police chief to update the Police Department’s use-of-force policies, engage in de-escalation training and receive more implicit-bias training.

“I just want to make sure the next police chief is addressing race issues in this city,” she said.

Five women who had lost children from suicide stood before the mayor to urge him to find a chief who will stress the need to train officers to deal with people struggling with mental health and substance abuse issues.

One of the women, Barbara Hathcock, listed several people who were killed by Tulsa police officers while those people were under the grip of mental illness or substance abuse.

“Those of us with family members who suffer with mental illness live with a fear of interacting with the police,” she said.

“But I have also seen my children and others who look like them treated differently by law enforcement professionals,” she said.

Alberto DeAlba told Bynum that police have repeatedly declined to provide their names and badge numbers when he has encountered them and suggested that they have not always been as understanding as he would like them to be.

“I would like a chief of police who is a little bit more in touch with the reality that everybody lives every day,” DeAlba said.

Julie Skye spoke of the city’s long struggle to come to terms with and address the ramifications of the 1921 Tulsa Race Massacre and its effect on relationships between African-Americans and police.

Of the next police chief, she said, “I don’t know how it can be a white man who grew up in Tulsa.”

Bynum said after the meeting that what he heard Tuesday was consistent with what he’s heard from other members of the community. He made clear that the next police chief will have to be someone who is dedicated to racial reconciliation.

“When I talk about community policing, I take it for granted that people understand that I am talking about outreach and racial reconciliation,” he said. “But I shouldn’t make that (assumption).

“Of course, we want that absolutely at the forefront of the considerations and evaluation that I will be making.”

Bynum said Tuesday that he would be surprised if he looked outside the department for a candidate but did not rule it out.

He praised the seven candidates again Tuesday, saying they provide a strong group from which to select the next chief.

He gave two reasons why he is inclined to select an internal candidate.

“I don’t necessarily want somebody who started learning about the Tulsa Race Massacre in February 2020,” he said.

The second reason, he said, is that the next police chief must have buy-in from the officers he or she is leading.

“I think the internal candidates we have are better positioned to be able to do that than someone who has not set foot in Tulsa,” Bynum said.

The mayor’s second public meeting to discuss what is wanted in Tulsa’s next police chief is at 6 p.m. Wednesday at Ancestral Hall in Rudisill Library, 1520 N. Hartford Ave.