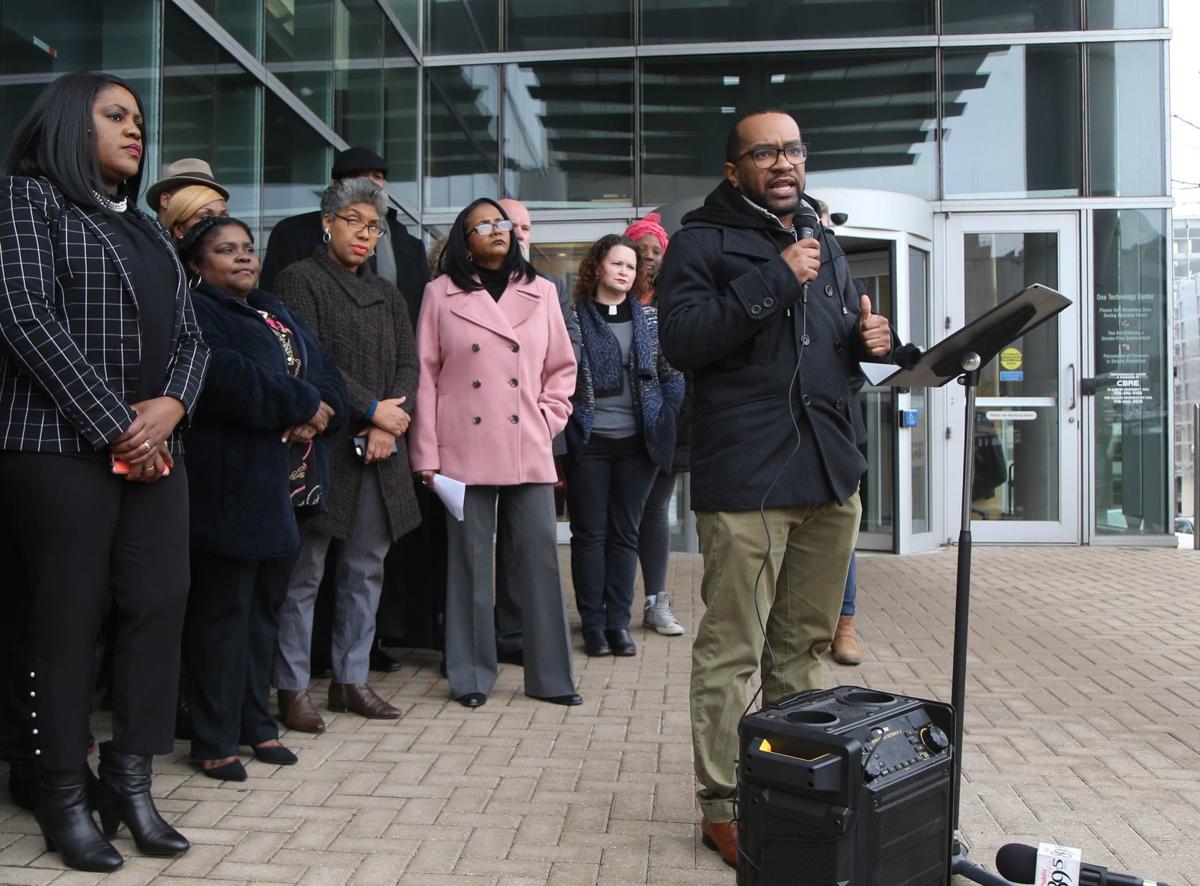 Greg Robinson II of Demanding a JUSTulsa speaks at a news conference outside City Hall on Monday about the search for Tulsa’s next police chief. MATT BARNARD/Tulsa World 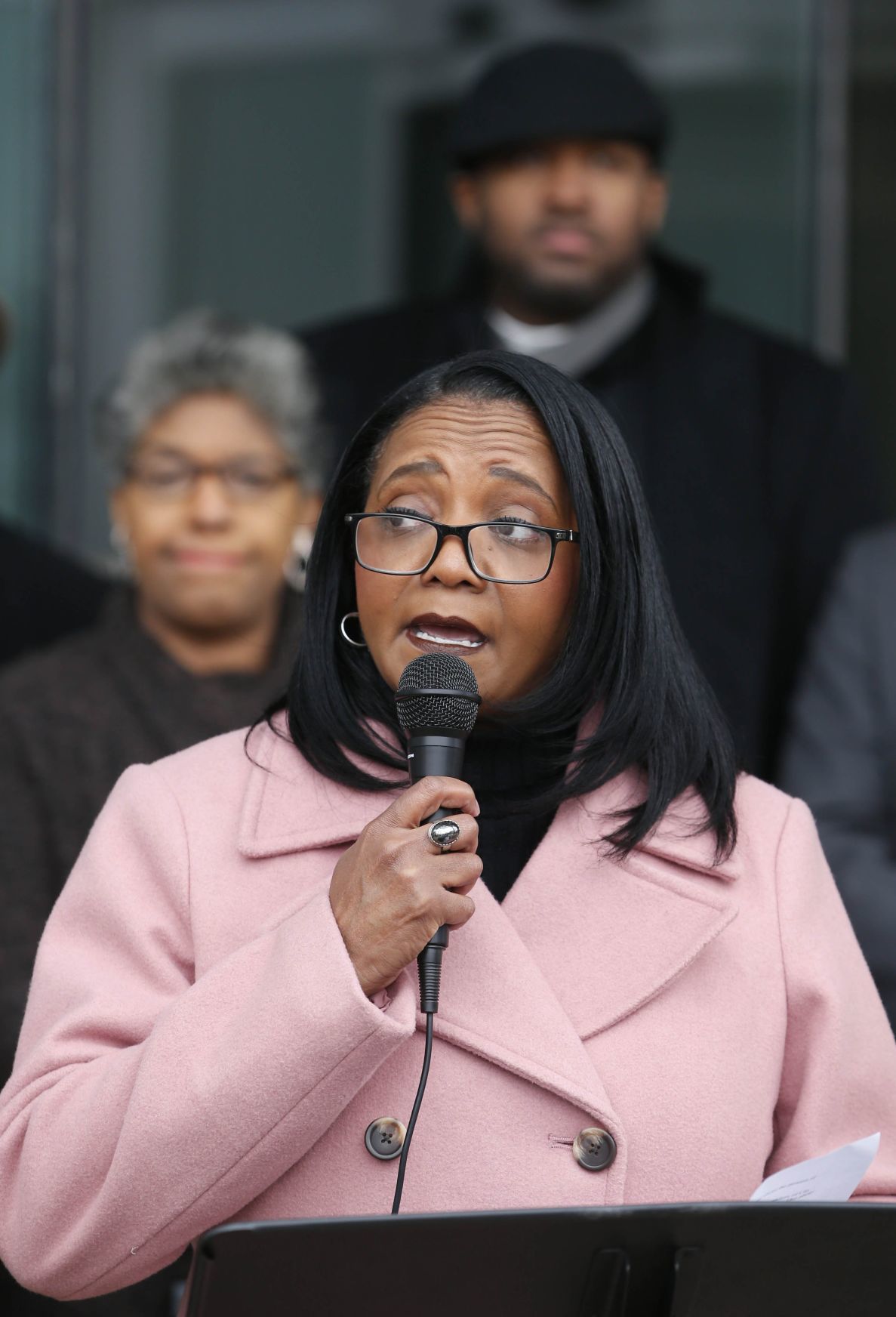 City Councilor Vanessa Hall-Harper calls for a committee “of trusted community stakeholders” to be involved in the search. MATT BARNARD/Tulsa World 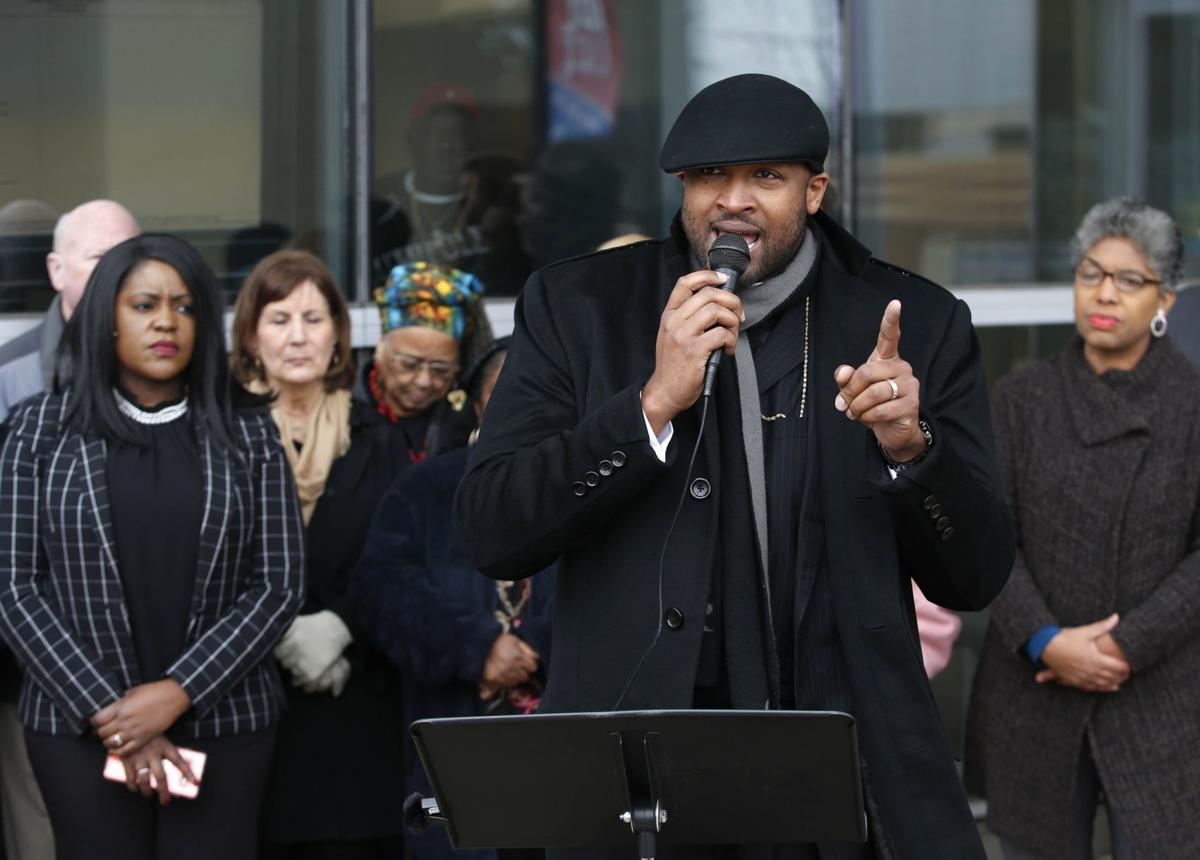 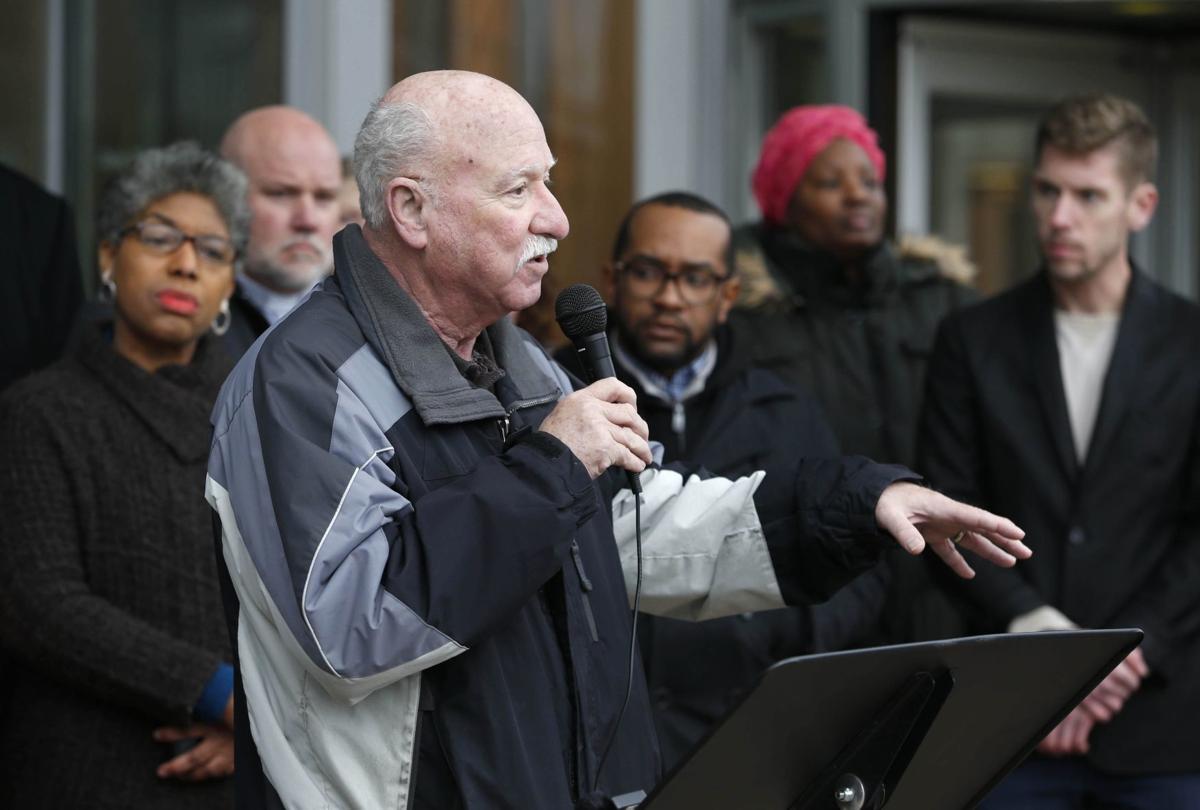 Greg Robinson II of Demanding a JUSTulsa speaks at a news conference outside City Hall on Monday about the search for Tulsa’s next police chief. MATT BARNARD/Tulsa World

City Councilor Vanessa Hall-Harper calls for a committee “of trusted community stakeholders” to be involved in the search. MATT BARNARD/Tulsa World

“We must have a selection committee made up of trusted community stakeholders to be included in the search for our new police chief,” she said. “And all candidates must be available for the community (to have) an opportunity to engage, to ask questions and to have a say in who leads us.”

She was not alone. As Bynum begins the next phase of the process to find a successor to Chief Chuck Jordan, who retires Feb. 1, a growing chorus of Tulsans, many from north Tulsa, are demanding that the public be involved throughout the process.

“We have an opportunity now to ask Mayor Bynum to continue to open his mind and his heart to what is best for all of Tulsa,” Goodwin said.

The letter, and the speakers at Monday’s news conference, suggested at least three ways the mayor could accomplish that: create a process by which the public can question candidates and share their reactions; convene a group of stakeholders identified by city councilors to be part of a formalized recommendation process; and extend the search nationwide.

Bynum has indicated that it’s unlikely that he would look outside the Tulsa Police Department to find the next police chief, citing the high quality of the internal candidates and their knowledge and understanding of the challenges the city faces.

Goodwin on Monday seemed miffed by the mayor’s position, noting that he has said he wants the best person in the country.

“How do you do that without searching the nation?” she asked. “How does that happen?”

Gregory Robinson II said many policing initiatives, including an examination of the city’s Equality Indicators reports, undertaken during the last few years happened only after prodding from the community.

“So, here, what we are asking of the mayor is to do what we know is best to do in this city, which is to follow community voices,” Robinson said. “Have us be a part of this process; make it a transparent process so that we can get the right police chief for our city.”

Bynum heard many of the same requests when he held three town hall meetings last week to hear what Tulsans want from their next police chief and the Police Department.

The mayor has questioned the wisdom of holding town hall meetings at which the public would question candidates but has said he is in favor of continued public involvement and hopes to announce what that would look like this week.

Diamond noted after the news conference that he was interviewed by several citizen groups before he was selected as chief in 1987.

“It was either two or three community group boards that interviewed us (candidates), and I … do believe they were a third of the (candidates’) rating,” Diamond said.

Goodwin thanked the mayor for his efforts to include the community in the selection process but said there is more to be done.

Noting the city’s long history of racial strife and racial inequality, Goodwin said it’s important that the community most affected by police practices has a seat at the table when it comes to choosing the next police chief.

“We are taxpayers. We are most affected by this police chief, and we have been along for the ride, and, unfortunately, we haven’t got much out of the ride,” she said.