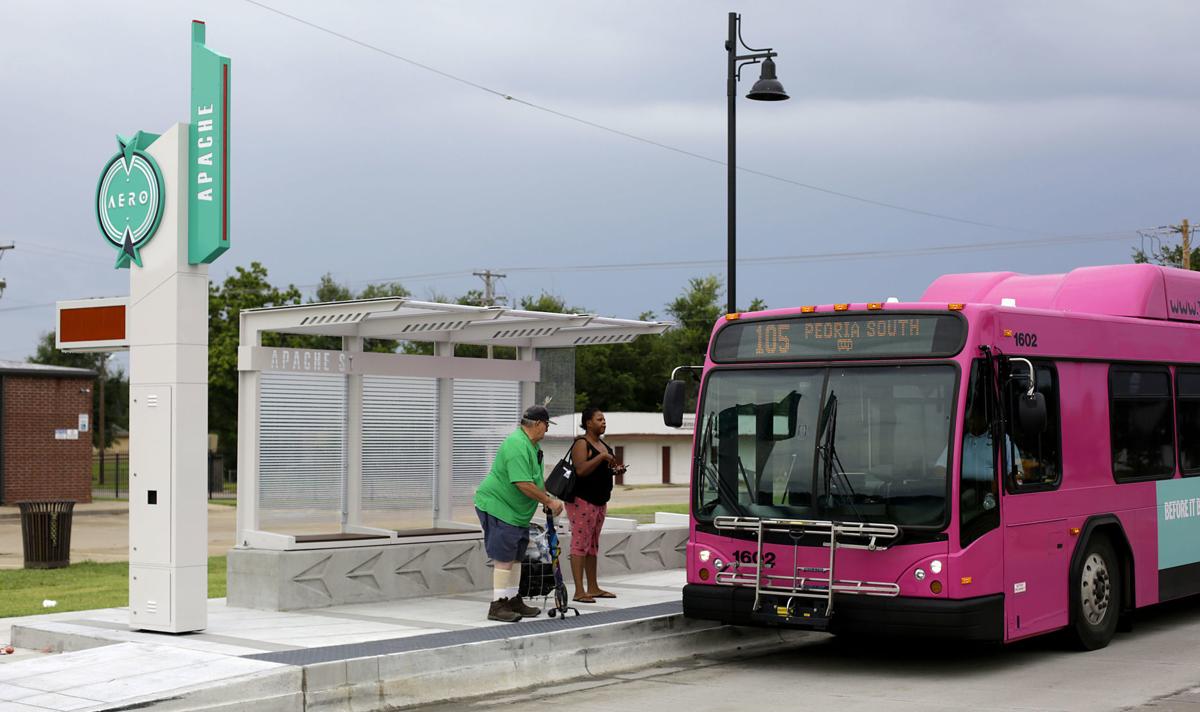 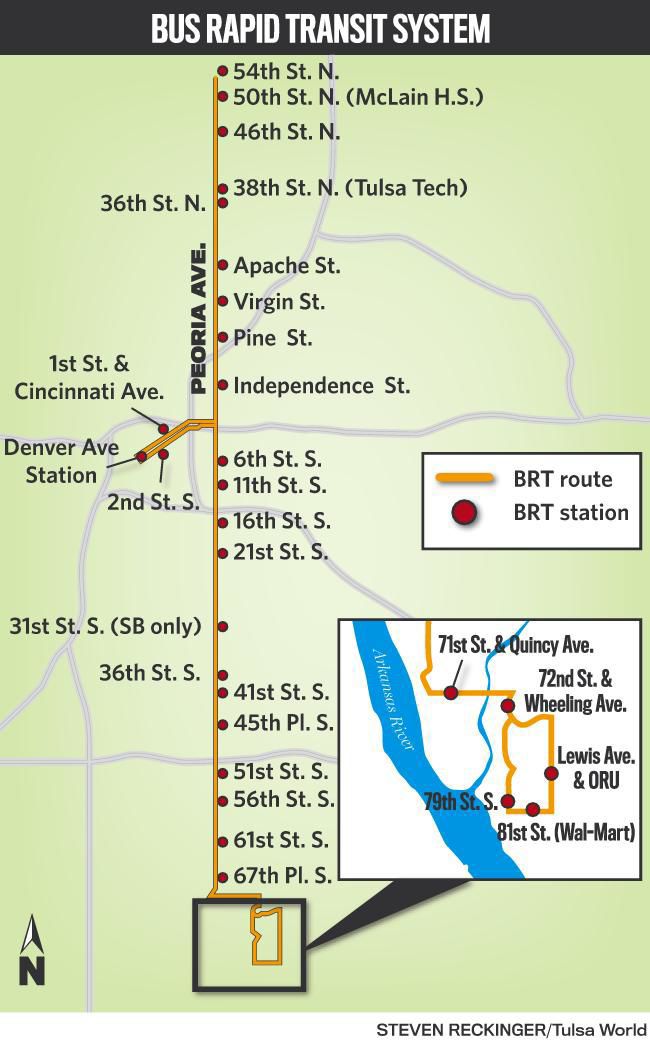 Anyone interested in what Tulsa Transit’s new Aero Bus Rapid Transit system is all about can jump on a bus beginning Sunday. It won’t cost you a penny.

Buses will run along Peoria Avenue from 54th Street North to 81st Street South every 15 minutes during peak service on weekdays and every 20 to 30 minutes on weekends.

As part of the system’s test period, which will extend through the official grand opening on Dec. 19, passengers ride free.

Mayor G.T. Bynum said the hope is that the bus rapid transit line will make public transit a vehicle of choice rather than a vehicle of last resort.

“When you look at polls of young professionals and they’re looking at where they want to work, one of the top things, routinely, is quality public transit,” he said. “So having Bus Rapid Transit brings us into that realm.”

Bynum believes the more frequent bus service along Peoria Avenue could open up more job opportunities for those living along the corridor.

“They might not have had access to it (jobs) if they are having to wait 45 minutes in between buses,” the mayor said.

The main differences between the rapid transit system and Tulsa Transit’s existing service are the frequency and speed at which buses will travel. The average time between buses on the city’s regular routes is about 45 minutes.

“There’s also been a big push over the last few years to improve the walkability and bikeability of our city,” said City Councilor Kara Joy McKee. “The new Aero service, with its reliable schedule and accommodations for bicycles, makes walking and biking to work and school feasible for a much greater number of Tulsans.

“It’s a huge selling point for our city.”

Three sources are being used to fund the system.

The Improve Our Tulsa package approved by voters Tuesday includes funding for a second rapid transit route along historic Route 66, from the Denver Avenue station downtown to Eastgate Metroplex.

For more information about the Aero BRT system, go to aerobrt.tulsatransit.org.

Give your feedback: Tulsa Transit is encouraging riders to give their feedback on the city’s new Aero Bus Rapid Transit service.