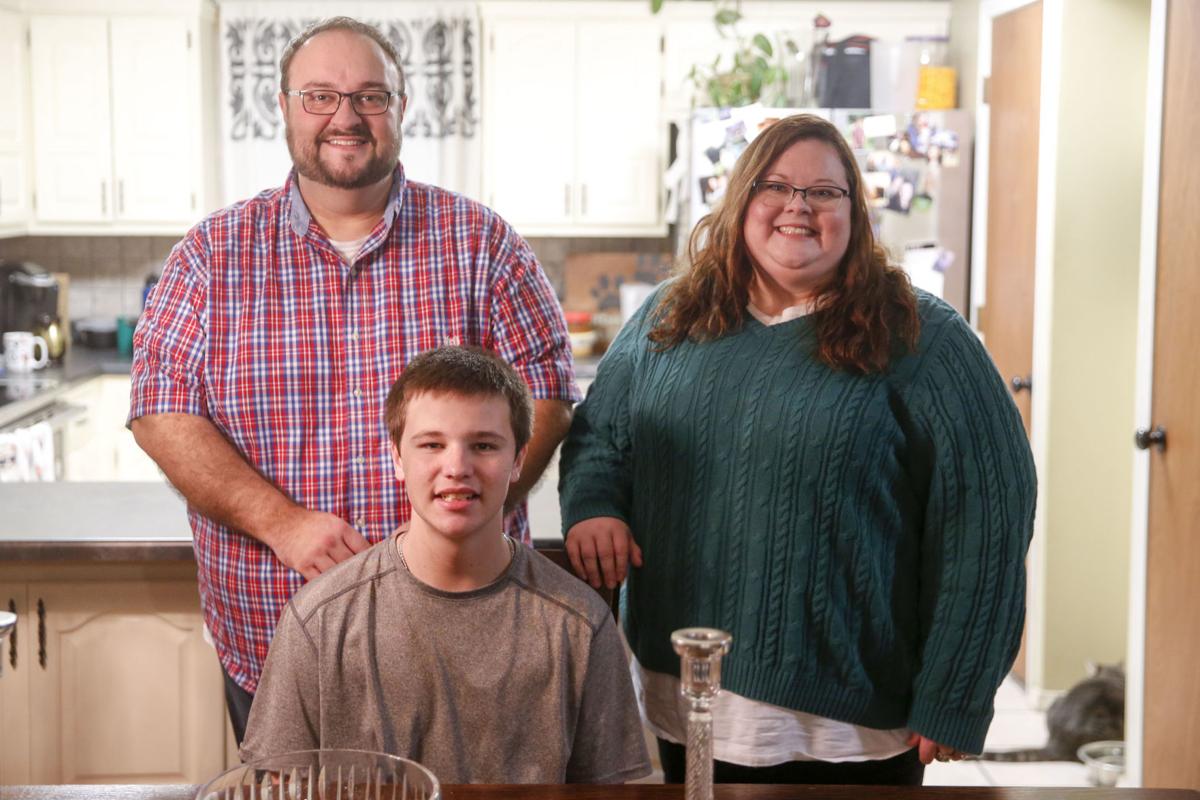 Clint and Trish Baker pose for a portrait with their adopted son, James, at their home on Wednesday. IAN MAULE/Tulsa World 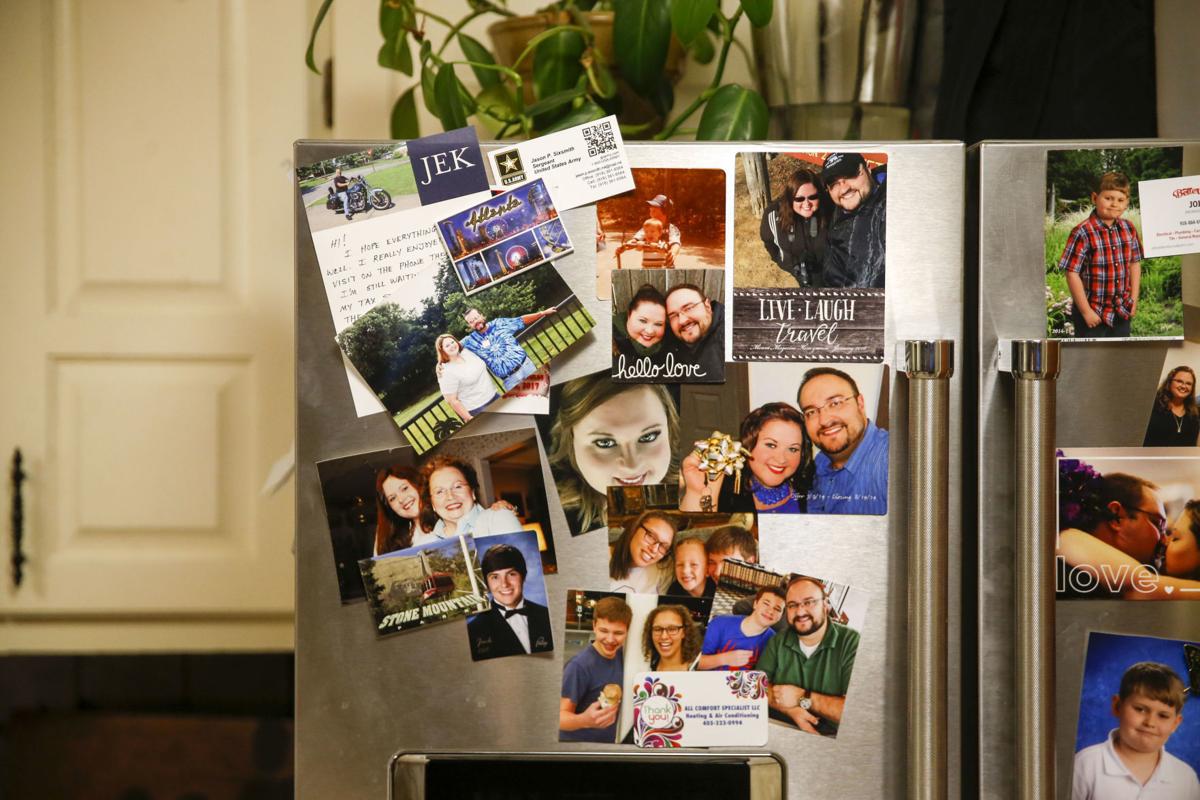 Photos of the Bakers are posted on their refrigerator. IAN MAULE/Tulsa World 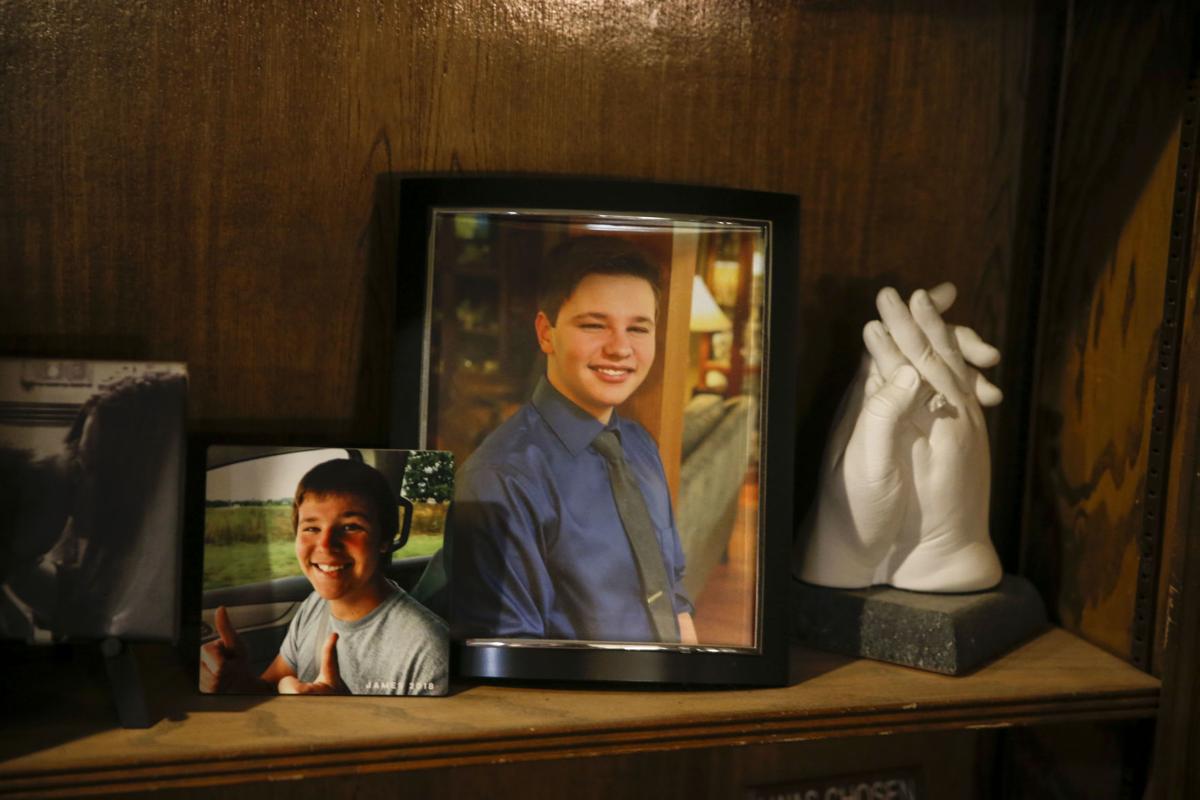 Photos of James Baker sit on a bookshelf at the Baker home.

Clint and Trish Baker pose for a portrait with their adopted son, James, at their home on Wednesday. IAN MAULE/Tulsa World

Photos of the Bakers are posted on their refrigerator. IAN MAULE/Tulsa World

Photos of James Baker sit on a bookshelf at the Baker home.

Available for adoption: Meet the children featured in the Oklahoma Heart Gallery

A year ago, Trish and Clint Baker left an adoption event having spent the day with James, then a 15-year-old boy listed in the Oklahoma Heart Gallery waiting for adoption.

When they made it to the parking lot, it didn’t feel like they were going home.

“We sat in the car and felt like we were leaving our son behind,” Clint said.

The Bakers adopted James on June 22 after having lived together since February and staying in constant contact since that October 2017 adoption event.

When James met his forever family, he was one of more than 500 kids waiting for adoption with his picture and profile posted in the Oklahoma Heart Gallery.

A year later, there are just as many up for adoption, and more than 8,300 are in Oklahoma Department of Human Services custody.

Founded in 2002, the Oklahoma Heart Gallery and its team of photographers helps showcase those kids who want homes most, Larson said.

“When they’re teens, they sign a paper that they want to do this and be in the Heart Gallery,” Larson said. “They want to be photographed, they want to be videoed because they want families, and they want DHS to do whatever they can to help them find a family.”

About 35 percent to 38 percent of those children in the Heart Gallery are placed with families, and Larson said she’s aiming to place 140 kids in 2019.

This Thanksgiving was James’ first time to enjoy turkey, loving every drop of his great-aunt Kathryn’s famous gravy and juggling as many conversations as he could.

More special than anything, James met all of his extended forever family Thursday.

“They were nice, animated and entertaining,” James said. “Everyone talks at once. ... It’s very exciting to meet others when you’re an outgoing person like me.

“Being with family is better than being at the shelter.”

For the Bakers, the first Thanksgiving as a family came with as much briefing as it did anticipation. Family members heard all about James’ last year, and James had to get up to speed on the family’s two different Thanksgivings.

Who would James meet? Which ones were the crazy aunts and uncles? When they asked what he wants for Christmas, could he give them all different answers?

“We ran through the do’s and don’ts of our family,” Trish said. “He’s met Clint’s family, but not mine yet. There’s a lot of foreshadowing, prefacing I had to do about my family.”

Trish was adopted and raised by her grandparents from a young age, something she said she always felt needed to be paid forward one day.

By the time Trish and Clint married after having been high school sweethearts, most of their friends had kids nearing 10 or 15 years old. It’s why Trish said she wanted to adopt someone like James.

“And I wanted to find a child that I didn’t want to age out of the system, one I saw a lot of potential in,” Trish said. “His smile connected with me immediately. That was the first thing that brought me to him. ... It’s contagious and suffocating in the most beautiful way possible.

“We met him, and from that point really it’s just been a lot of — I want to say it’s exhausting fun. It’s exhausting, but it’s so worth it.”

When they went to the adoption event, Trish and Clint looked through an adoption book and found James’ picture. The couple had looked online constantly but found James only after they saw him in the book.

Clint and Trish began looking for James, and when they found him, Clint walked up and introduced himself with his booming voice.

Although not all prospective families have an instant connection, Larson said she gets emails almost every day from people enamored with a specific child in the gallery.

The end goal for Larson is to find every child in the gallery a loving forever family, and she said the gallery gives those kids a greater chance of finding one.

“We’ve had people who’ve said, ‘Hey, you’re commercializing these children, why are you doing this,’ ” Larson said. “It isn’t us. The children want and need a family, and they’re willing to go to any lengths.

Since that introduction with Clint’s booming voice, there have been many nights of split-screen video games, often a mix of “Call of Duty,” “Grand Theft Auto” and “Gran Turismo.” If James could swing it, he would have pancakes, ideally with chocolate chips, for breakfast, lunch and dinner.

Of all the little things James and his forever family have bonded over, there’s one thing James did that means more.

“That has been the most fulfilling thing for me,” Trish said. “I always told him, ‘When we adopt you, you don’t have to take our last name, but if you do, we’ll be very happy.’

“He’s our child for life. If he needs something throughout his life, we’ll take care of him. He’s not just, ‘Well, he turns 18 in a couple years.’ He’s ours forever, until he puts us in a home because we’re going crazy and can’t take care of ourselves.”