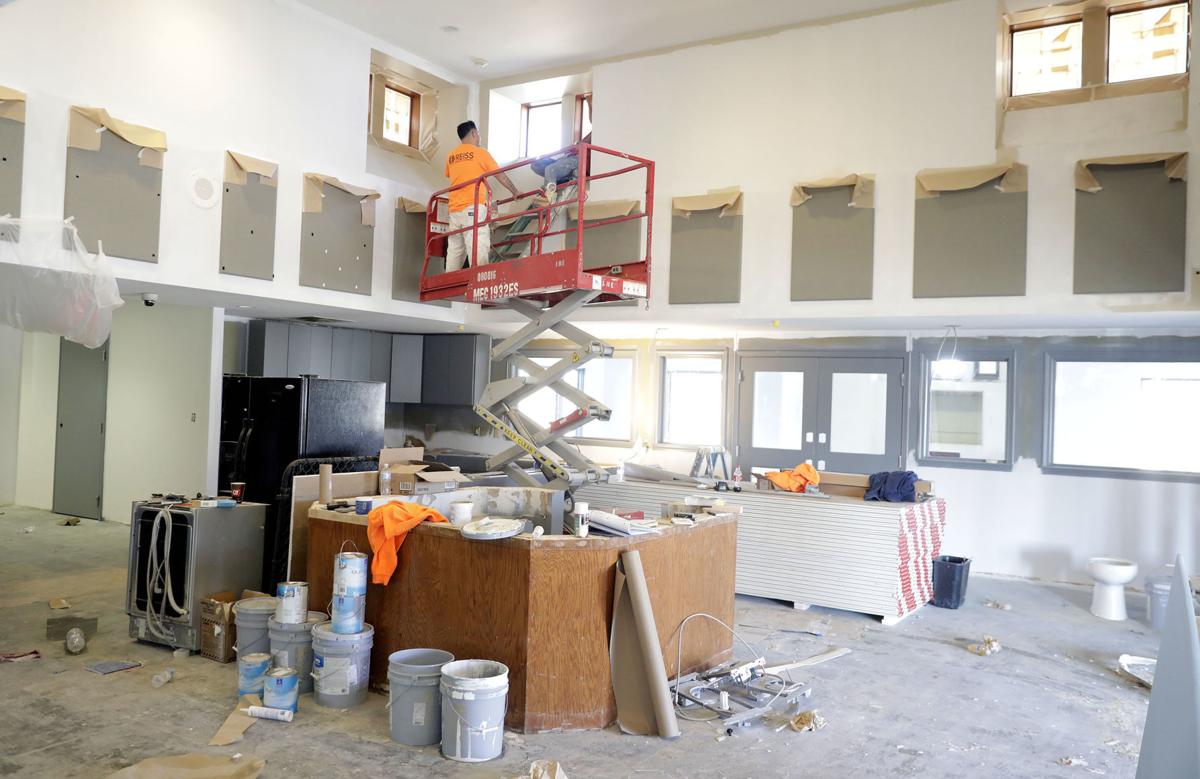 A Laura Dester Children’s Center residence hall is under renovation for use by a company that will treat adolescents. MIKE SIMONS/Tulsa World 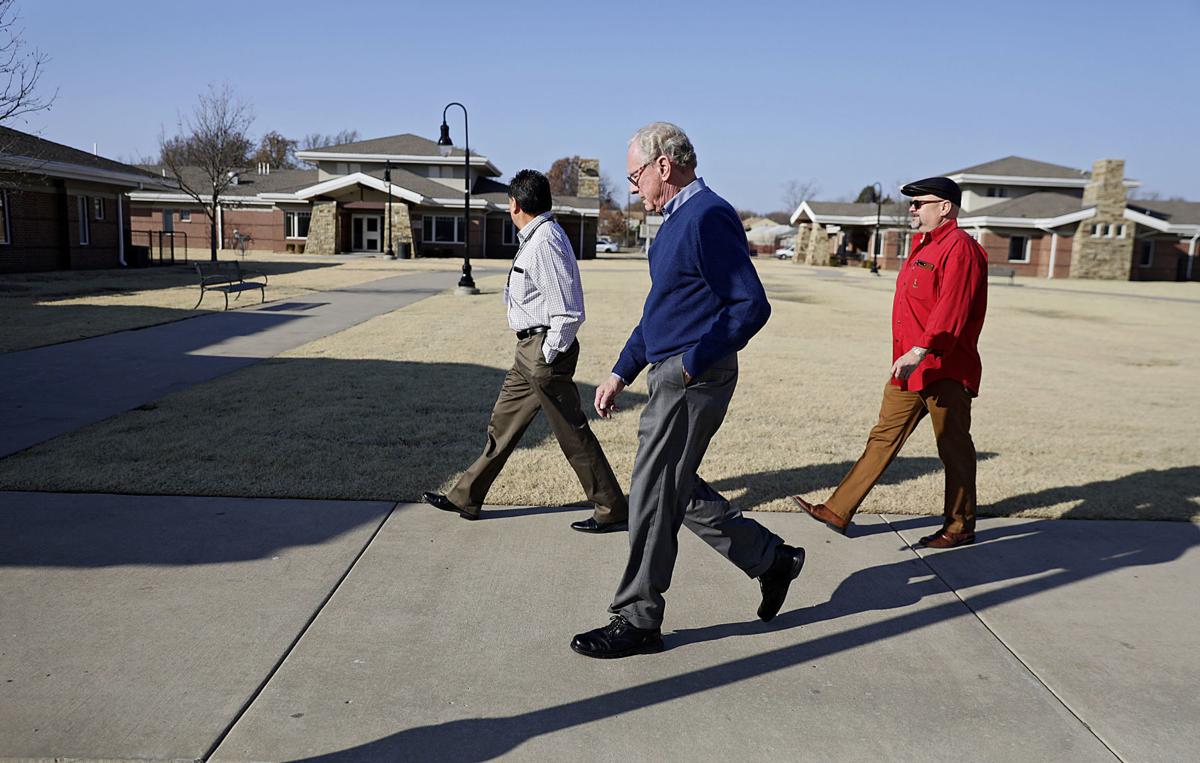 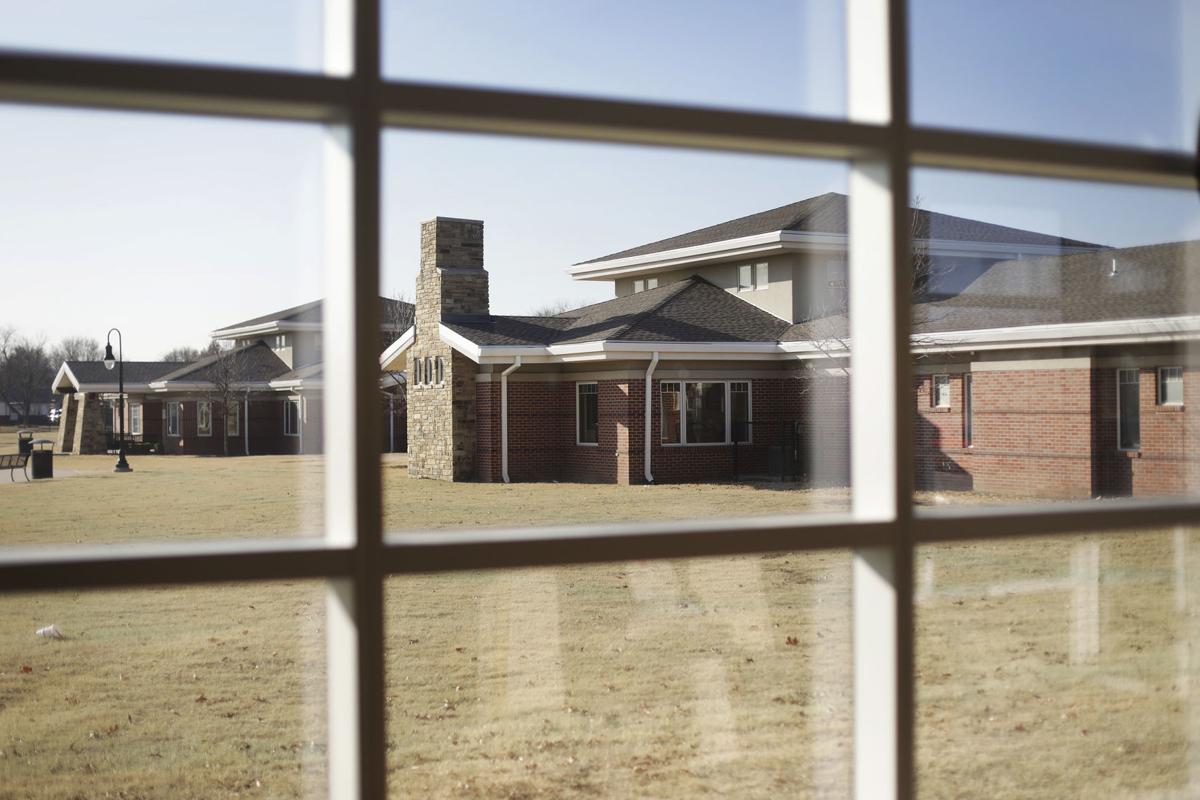 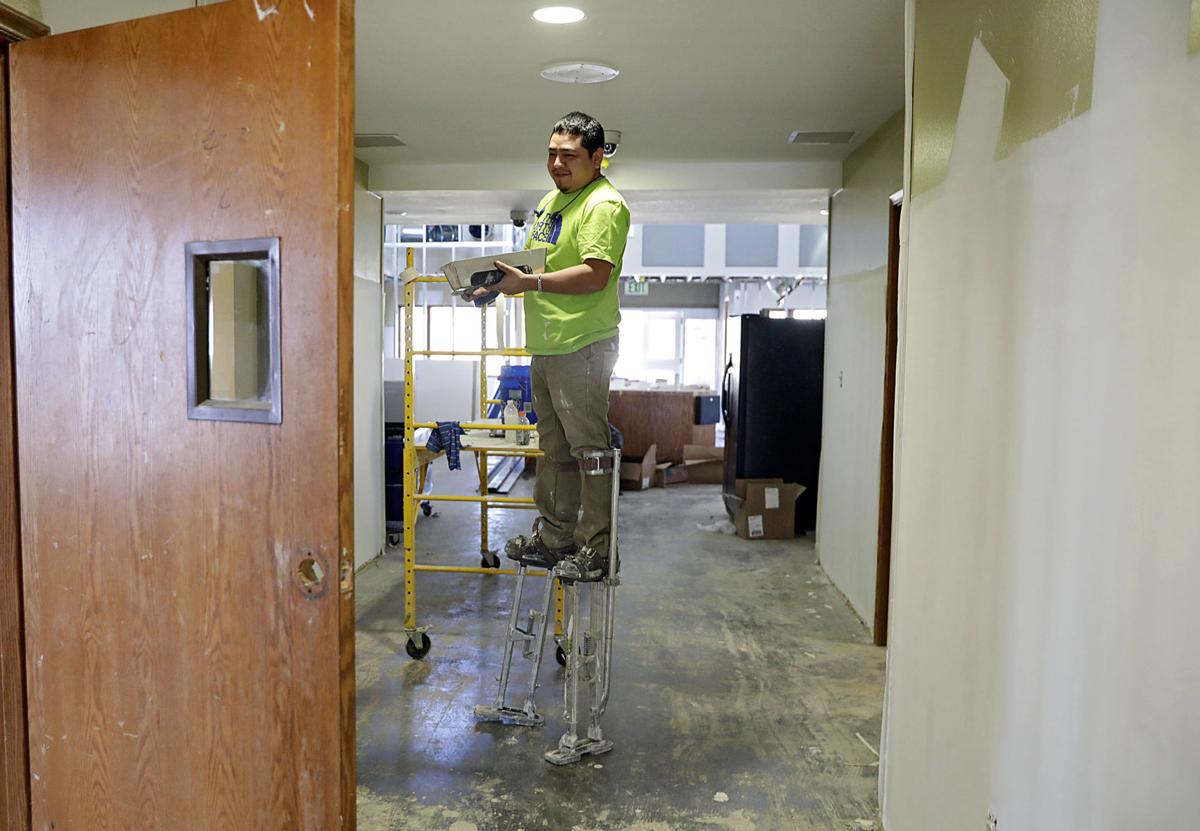 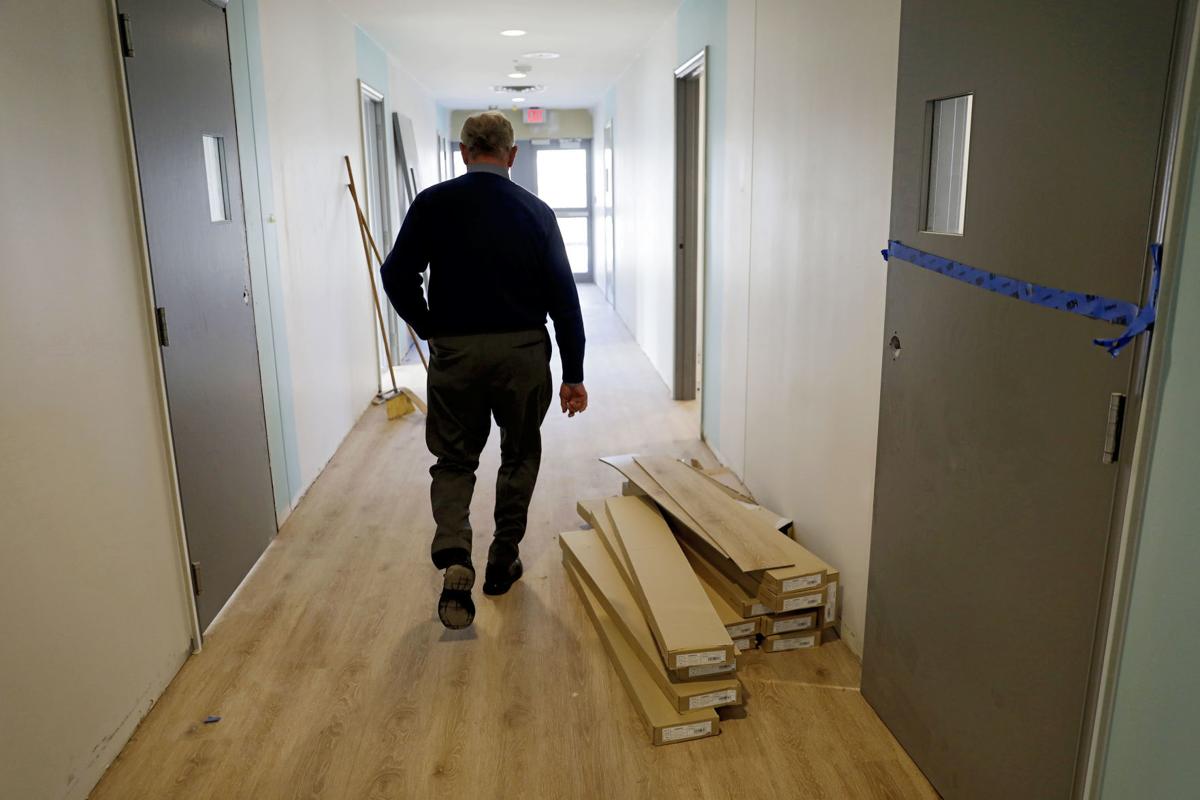 Hugh Sage walks through a residence hall which is being renovated at the Laura Dester Children’s Center Dec. 12, 2018. MIKE SIMONS/Tulsa World 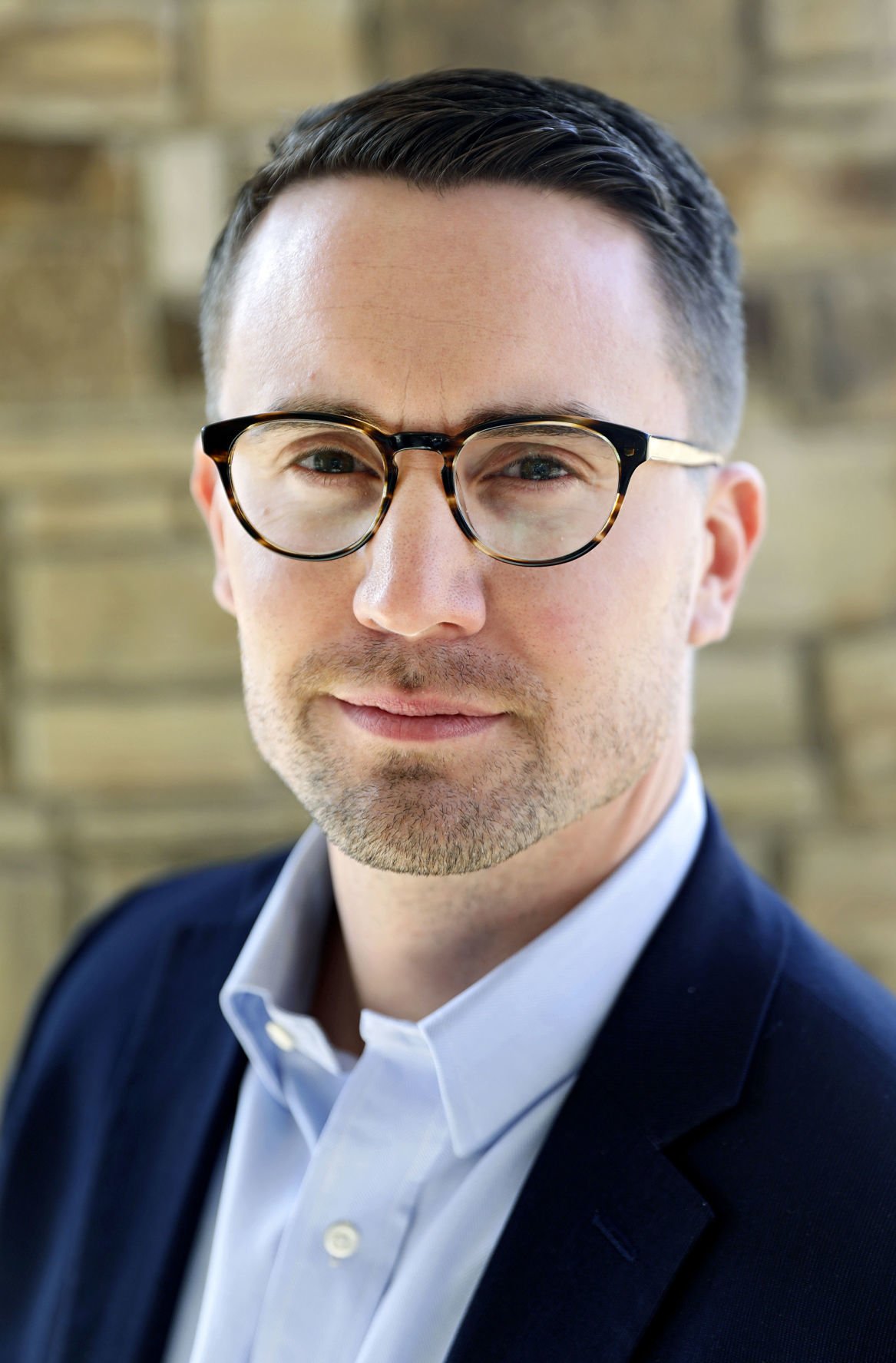 A Laura Dester Children’s Center residence hall is under renovation for use by a company that will treat adolescents. MIKE SIMONS/Tulsa World

Hugh Sage walks through a residence hall which is being renovated at the Laura Dester Children’s Center Dec. 12, 2018. MIKE SIMONS/Tulsa World

For 19 years, the Robert M. Greer Center in Enid has cultivated a low recidivism rate for re-integrating into society adults who have both intellectual disabilities and severe behavioral challenges.

That approach now will be similarly applied at the Laura Dester Children’s Center in Tulsa to juveniles in foster care who have “co-occurring disorders.” A $1.8 million renovation is nearing completion, with the first nine inpatient beds to be ready by Jan. 7.

Twenty-four beds will be available once renovations are finished, perhaps in March.

Co-occurring disorders refers to the presence of one or more mental health disorders and one or more substance use disorders, according to the National Center for Mental Health and Juvenile Justice.

“They’re dangerous; the folks who come to us quite often do have a history of inappropriate behavior in the community that includes beating up cops, beating up family members and the higher-functioning who steal cars,” said Hugh Sage, executive director of Liberty of Oklahoma Corp., which operates the Greer Center in Enid and soon will run Laura Dester in Tulsa, with the Oklahoma Department of Human Services retaining ownership of the Laura Dester property.

“All of that is a part of what we’re trying to prevent by getting them earlier in life and providing the necessary structured environment,” he said.

About 80 percent of people admitted to Greer in 19 years previously had been in the custody of child welfare, Sage said. So the hope is that early intervention with adolescents to alter severe behavioral issues and stabilize underlying mental-health disorders will help them avoid Greer as adults.

A key component of the program goes beyond treating adolescents. Professionals also will train caregivers or parents on a child’s specific needs to maintain appropriate behavior and be available for consultations as needed.

“There are only so many foster families out there willing to do this type of work,” said Cody Inman, who coordinated Laura Dester’s closure for the Department of Human Services. “But if you’re able to provide this new type of stabilization or training to a family, you then provide a better system … for other placements when this child might leave their home and go back to their biological home.

“Or maybe a biological family needs the same type of training. This is a type of service that has not been offered in the foster-care system to date.”

The Greer facility has treated 250 adults using its model, stabilizing 87 percent, according to Sage. Of those 217, only four (2 percent) have been re-admitted within the first year. Only 10 (5 percent) have come back after 1½ to seven years.

“It’s not magic,” Sage said. “You just have to know what to do and be able to do it effectively.”

The average length to stabilize a patient at Greer is eight months. That is projected to be six months at Laura Dester.

Hemstreet said specialized treatment at a younger age is expected to save taxpayer dollars in the long-term by helping clients side-step a revolving door of psychiatric placements and avoid incarceration.

Hemstreet affirmed that DHS does train its foster parents and group-home staff. But Laura Dester now will provide an individualized service, he said.

He said adolescents will be inpatients long enough to learn what really works for them, such as medication needs or interventions.

Laura Dester’s use as a shelter concluded June 30 at the direction of an oversight panel formed by a settlement agreement in a 2008 federal class-action lawsuit alleging abuse of youths in state foster care.

Sage said the most difficult task likely will be finding suitable placements for stabilized children, not treatment itself. Inadequate state funding has hampered specialized placement options, he said, but Liberty hopes to bolster those options through teaching others.

“There’s a behavioral technology that’s been out there for better than 40 years that we have to be trained in,” Sage said. “There are training opportunities for that in university systems within this state, although there are very few psychologists or licensed behavioral practitioners who do that sort of thing.

“It does not make sense to continue to treat kids and then put them in the same environment where they came from,” Hemstreet said. “All that’s going to do is lead you right back to treatment, because the environment hasn’t changed.