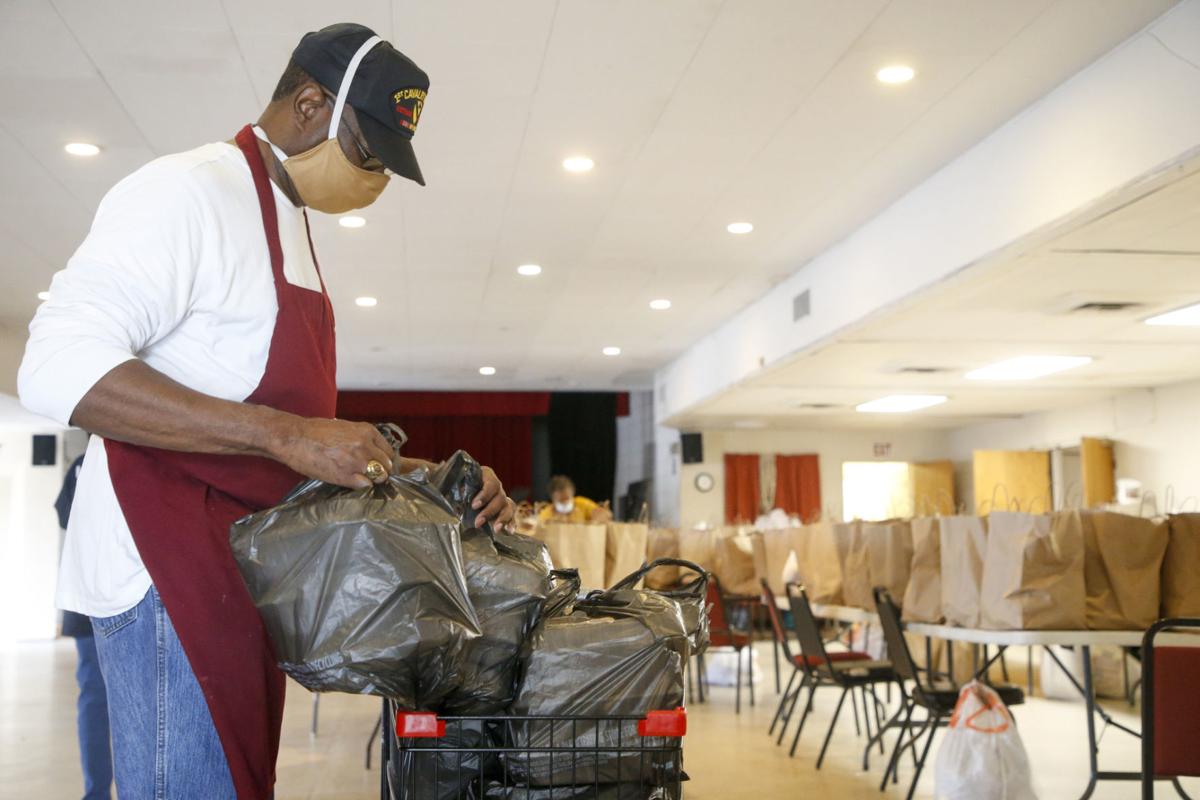 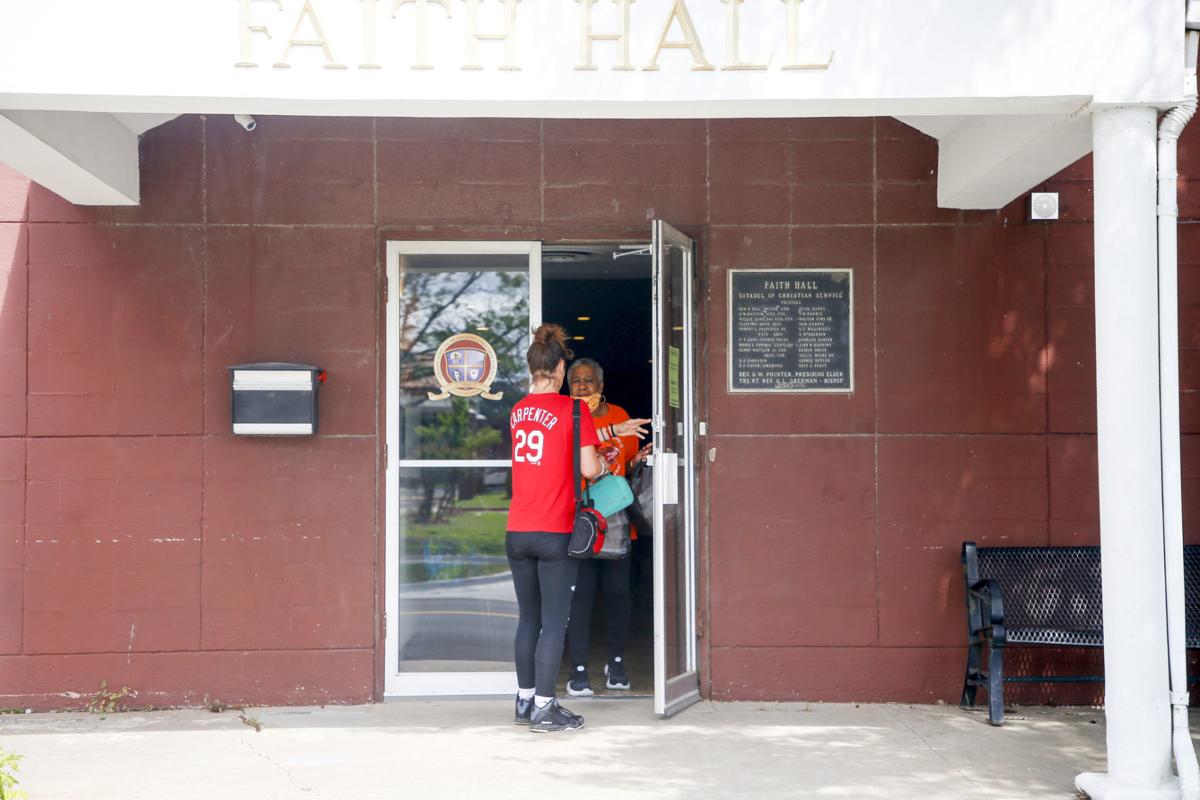 Sharmen Sanders of Tulsa gives a free meal to a person at Vernon AME Church on Thursday. IAN MAULE/Tulsa World 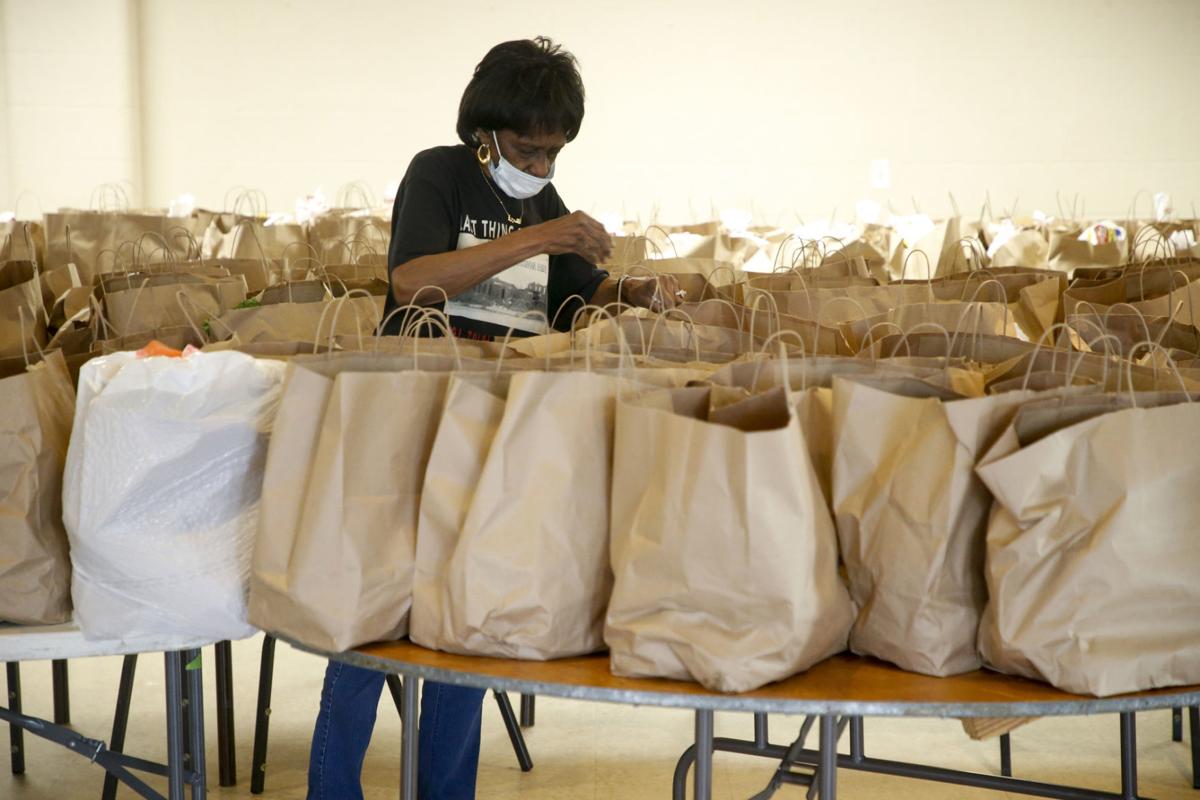 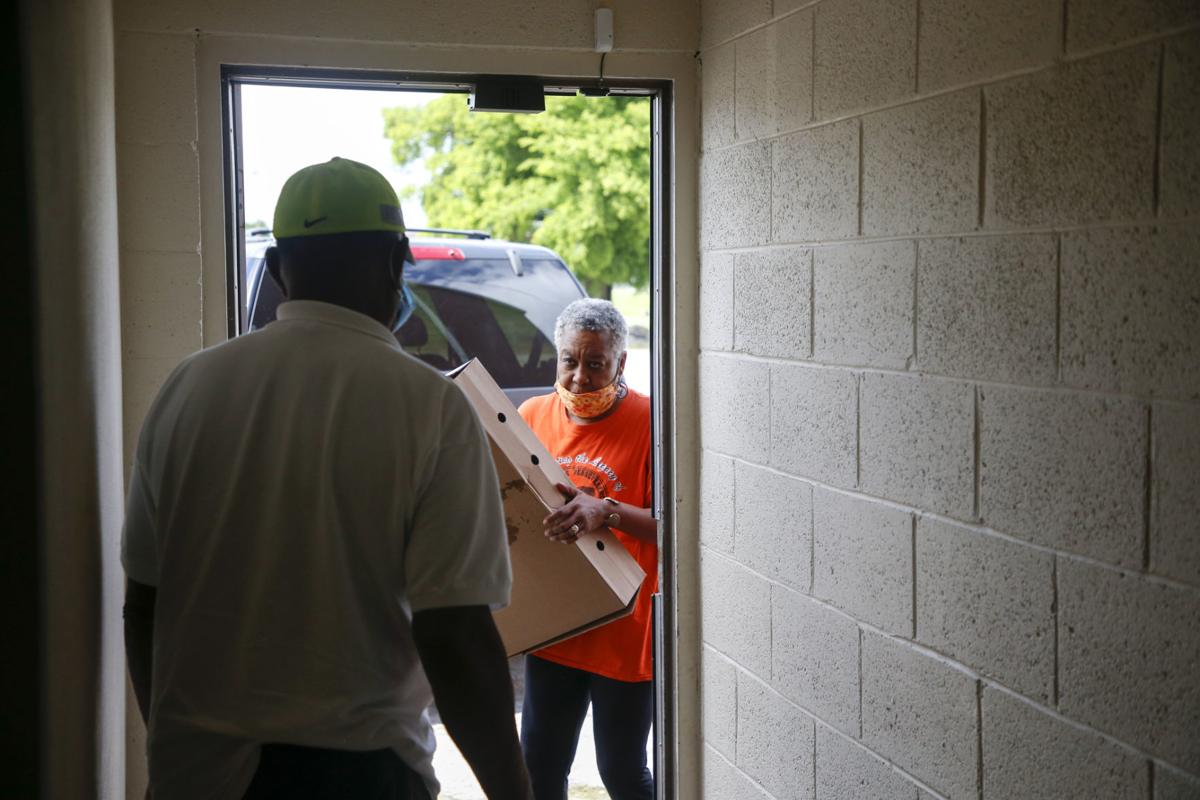 Sharmen Sanders of Tulsa gives a free meal to a person at Vernon AME Church on Thursday. IAN MAULE/Tulsa World

But when the COVID-19 pandemic reached Tulsa this year, Turner’s focus shifted to another pressing need for many, even though weekly offerings from members have “plummeted” since shelter-in-place orders started in March.

“You would be surprised, in the richest country in the world, how many people are not just hungry but starving,” Turner said recently of the church’s feeding program. “We do get offerings that come in, but 90% of that goes to food. We have to pray every week about our utility bills because they’re still rising. And in spite of it all, this crazy pastor has the lights on every day, water on every day.

“Once you serve one person a meal and you see the look in their eyes and you feel that human connection, you think, ‘But for the grace of God, I could be them.’ ”

As of Monday, the church and its volunteers have helped serve nearly 5,000 prepared meals and provided nearly 13,500 grocery meals in the Tulsa area.

“We get people who have college degrees, educated professionals, but they’ve been laid off and they don’t have any place to go,” Turner said. “We see senior citizens 70-plus years of age saying, ‘I haven’t eaten all day.’ At that age, they have to eat in order to take their medicine. They have to choose between food and medicine, so either I’m gonna be in pain or I’m gonna be fed.”

Turner said help on a large scale came after he discussed the church’s efforts during a call related to his work on an advisory council for the George Kaiser Family Foundation. The talks led to a partnership with R&G Family Grocers, a nonprofit that, among other programs, runs a mobile grocery store for residents of food deserts and those facing food insecurity.

Vernon AME has also partnered with Lefty’s on Greenwood to provide lunch and dinner meals, as well as Food on the Move and Block Builderz, a local nonprofit that promotes alternatives to incarceration.

“It is especially important now to continue to provide consistent, quality food access for families,” said Katie Plohocky, executive director of R&G Family Grocers. “Food insecurity doesn’t go away just because our city is opening back up. It’s going to take time for our economy and jobs to return to pre-pandemic levels. In the meantime, we still have to eat.”

Plohocky said GKFF reached out to her group about working with local churches, including Vernon AME, to get food to people in need. She said R&G is the “backbone” to find, obtain, store and package 30,000 pounds of groceries for churches in the area.

“We didn’t have the capacity to deliver food to the growing number of residents in need. Churches do. We did have the capacity to provide the logistics to bridge the gap,” Plohocky said. “Churches are the perfect partner for distribution because they are the foundation of community. They are located in every neighborhood. They have the relationships with their congregations and their neighbors.”

Turner said the church’s status as the oldest building on Greenwood Avenue, the site of the Tulsa Race Massacre, “gives us some historical genetic DNA that just makes you persevere” through difficult times. He said Vernon AME has since started streaming services online and set up a way for members to donate, though most of the 135-member congregation skews older and has struggled with doing so.

Despite the financial constraints in recent months, Turner said God let him know it was important to do what he could to make sure people have access to food. He said the level of support from other community groups means the church has been better able to cover its own costs, including utilities.

“There are more good people in the world than some folks would like to believe,” Turner said. “There are still some good-hearted folks, and I’m encouraged by that.”