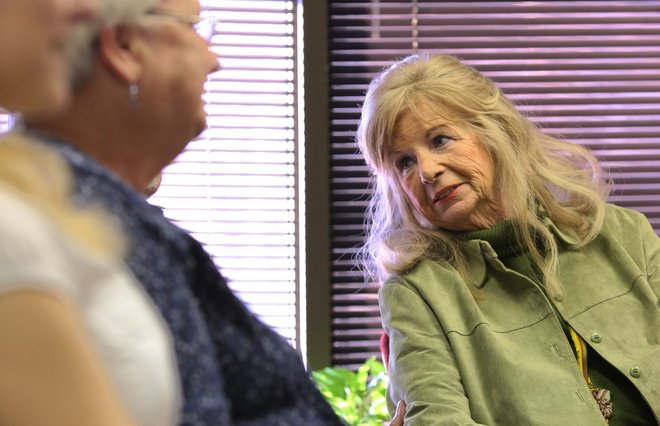 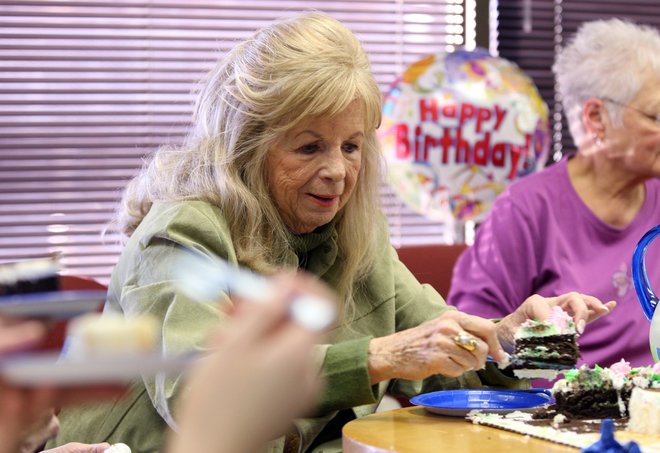 Barbara Walla of Tulsa was so grateful for the hospice benefits she and her late husband received that she decided to become a volunteer for Grace Hospice herself. CORY YOUNG / Tulsa World

Barbara Walla of Tulsa was so grateful for the hospice benefits she and her late husband received that she decided to become a volunteer for Grace Hospice herself. CORY YOUNG / Tulsa World

Learn how to obtain hospice care.

The use of hospice care in the United States is slowly increasing as more people become aware of the service, and the trend is expected to continue, experts say.

Still, many people don't realize that they qualify for the benefit or don't understand the services available.

"There is so much that goes along with hospice," said Ava Caughrean, executive director of Grace Hospice in Tulsa.

Also, patients are tending to be on hospice for shorter periods. The average for 2010 was 19.7 days, a decrease from 21.1 the previous year.

Hospice benefits are meant for people who have a terminal illness and who doctors have determined have less than six months to live.

A hospice team helps the person's primary caregiver, which is usually a family member.

Care can be provided at a patient's home or in a nursing home or hospital.

Caughrean said many people who could benefit from hospice care don't realize that it is available for as long as six months or understand the type of help it can provide.

Hospice involves providing care, not a cure, she said.

"We don't prolong life, and we don't hasten death," she said.

According to the National Hospice and Palliative Care Organization, the number of hospice organizations is also increasing and stood at 5,150 in 2010. There were 4,500 such organizations in 2006. About 58 percent are for-profit groups, and 36 percent are nonprofit.

Jennifer Clark, co-director of the University of Oklahoma Center for Palliative Care in Tulsa, said the use of hospice care is expected to increase steadily in the coming years with the first of the baby boomers turning 65.

People are becoming more accepting of hospice and are likely to start turning to it earlier in the process when a loved one is suffering from a chronic disease.

"That's where I think the growth is going to occur," Clark said.

Nearly 83 percent of hospice patients are 65 or older, and a third are 85 or older.

Medicare pays for nearly 84 percent of hospice patients' care, according to the National Hospice and Palliative Care Organization.

Caughrean also expects hospice care to be used more in the next several years.

"Just by virtue of the aging population, you're going to see more people need and use the hospice benefits," she said.

Barbara Walla of Tulsa felt so grateful for the hospice benefits she and her late husband received that she decided to become a hospice volunteer herself.

Her husband had Alzheimer's disease and died about a year ago.

He was under hospice care for about six months, and it helped her immensely, Walla said.

"They really kind of saved my life," she said.

Hospice workers would come to their house and care for her husband. While they were there, she could run errands or catch up on sleep and never once worried about her husband's well-being.

Since his death, Walla has attended group bereavement counseling sessions. She would recommend hospice care to anyone who thinks he or she might need help taking care of a dying loved one, she said.

"It is a wonderful thing," she said. "I just wish more people knew about it and would take advantage of it."

19.7: average number of days on hospice

5,150: number of hospice organizations in the United States

83: percent of hospice patients 65 or older

1.58: million people who received services from hospice in 2010

42: percent of all deaths in the United States who are patients in hospice care