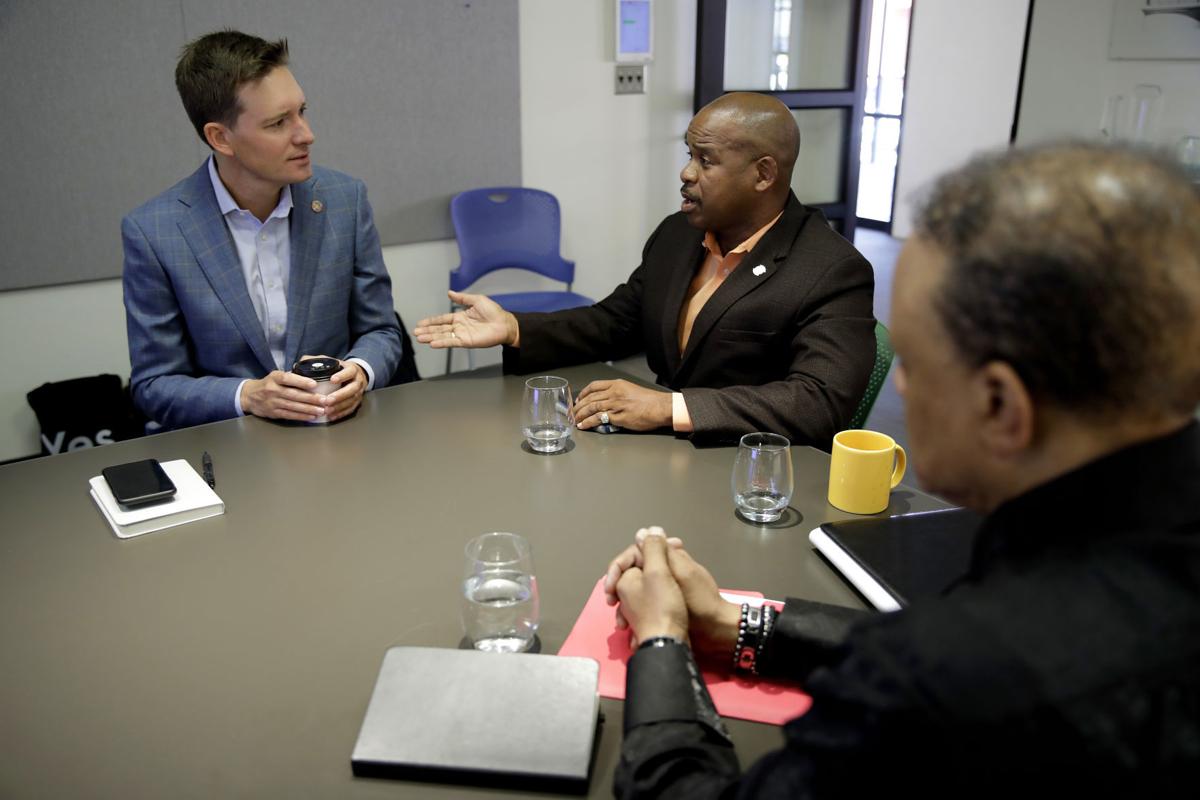 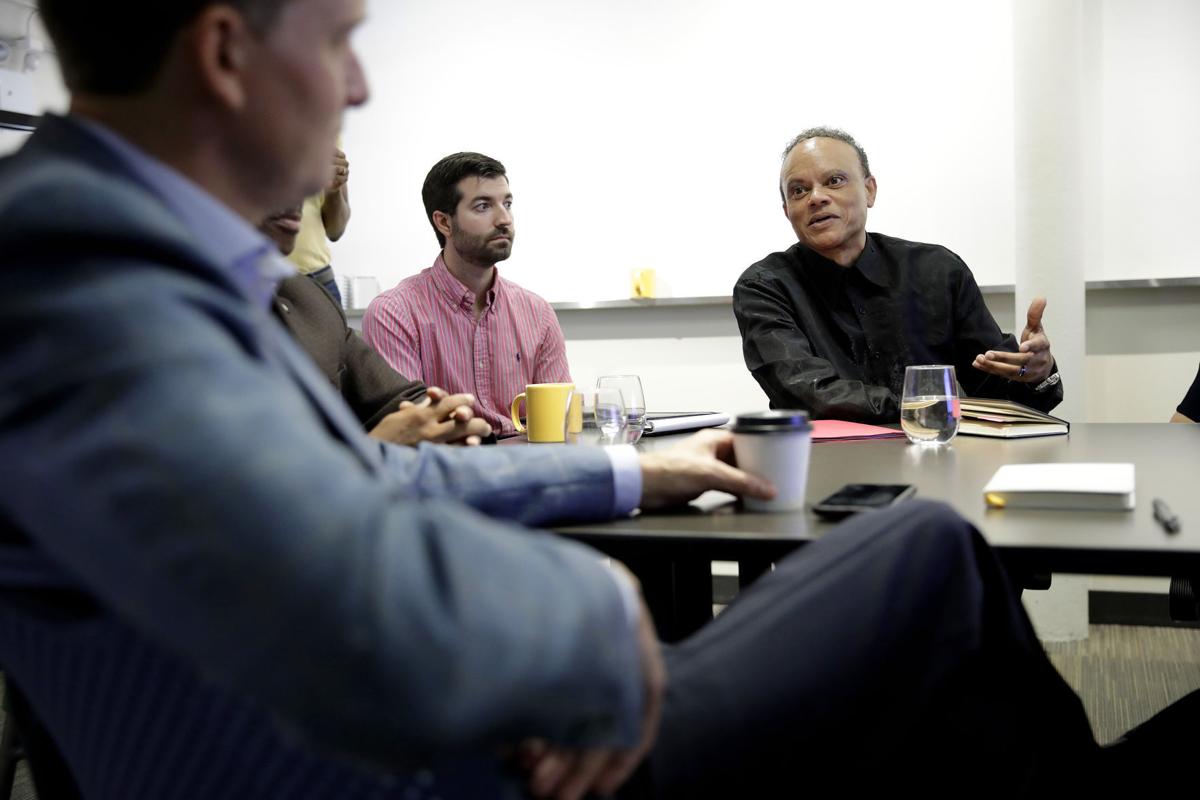 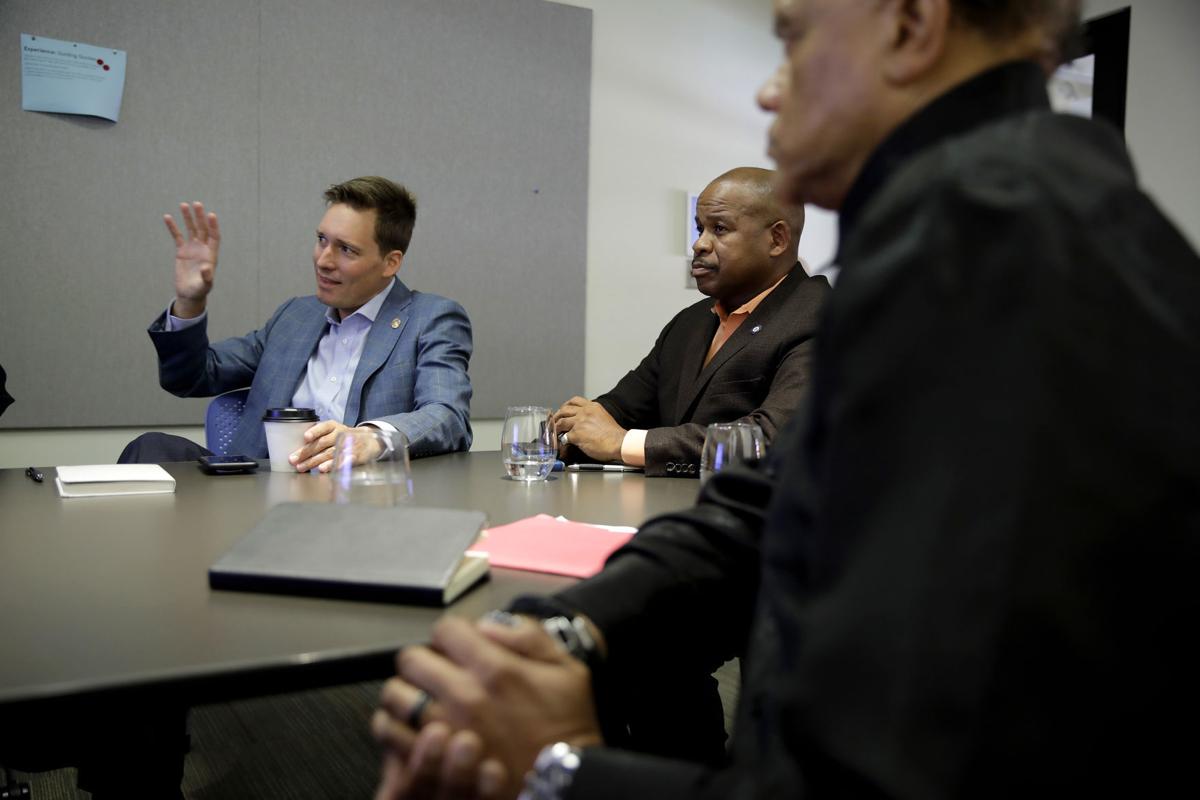 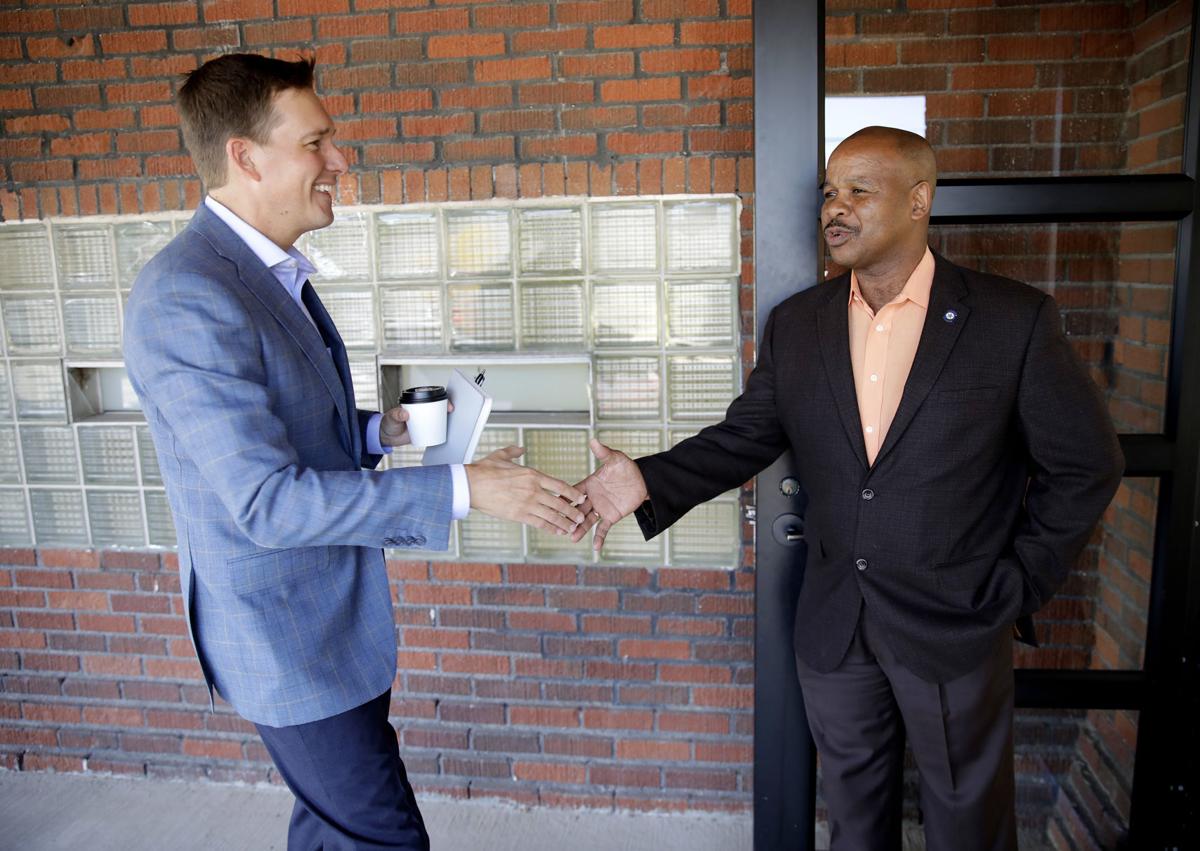 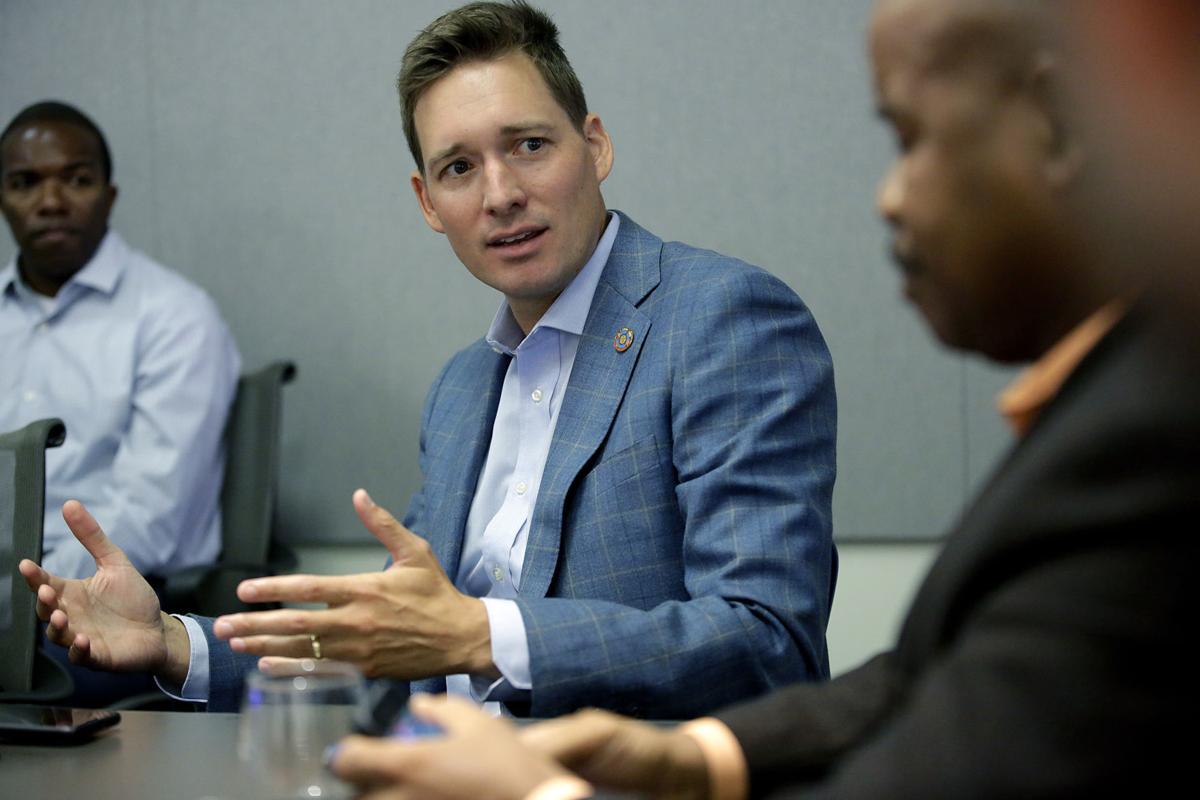 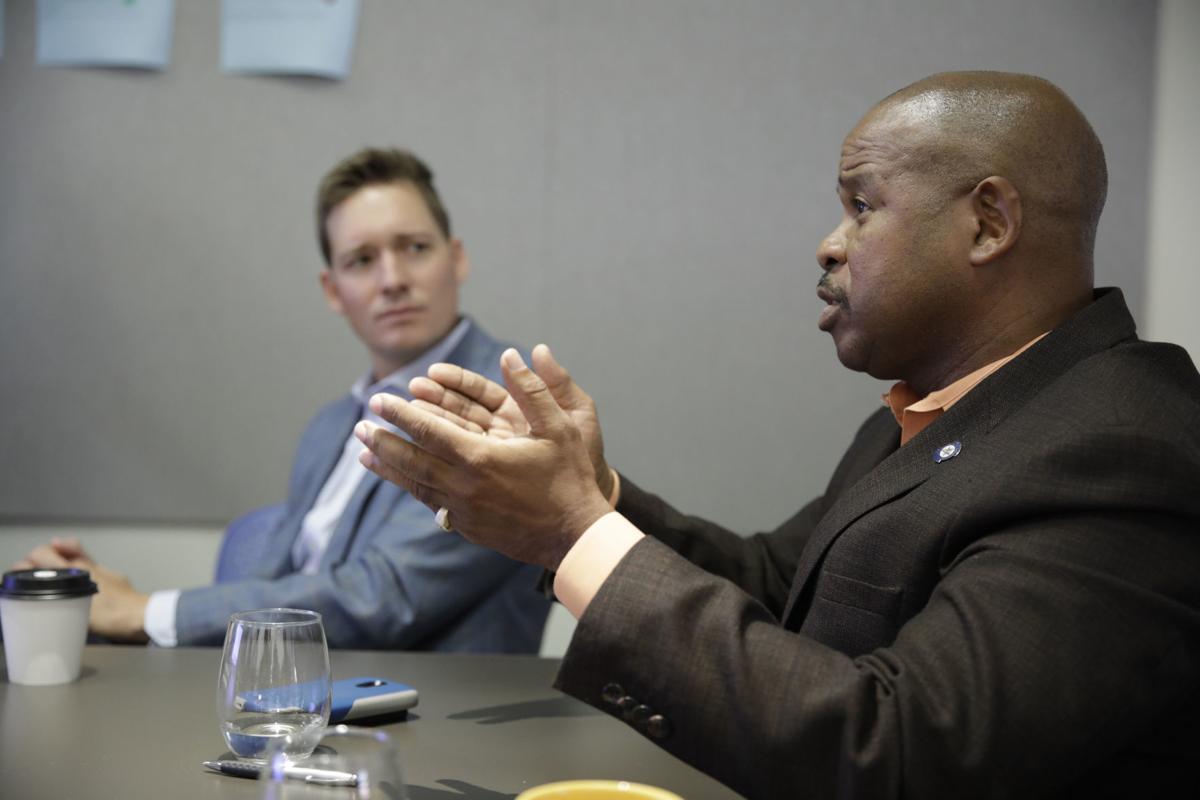 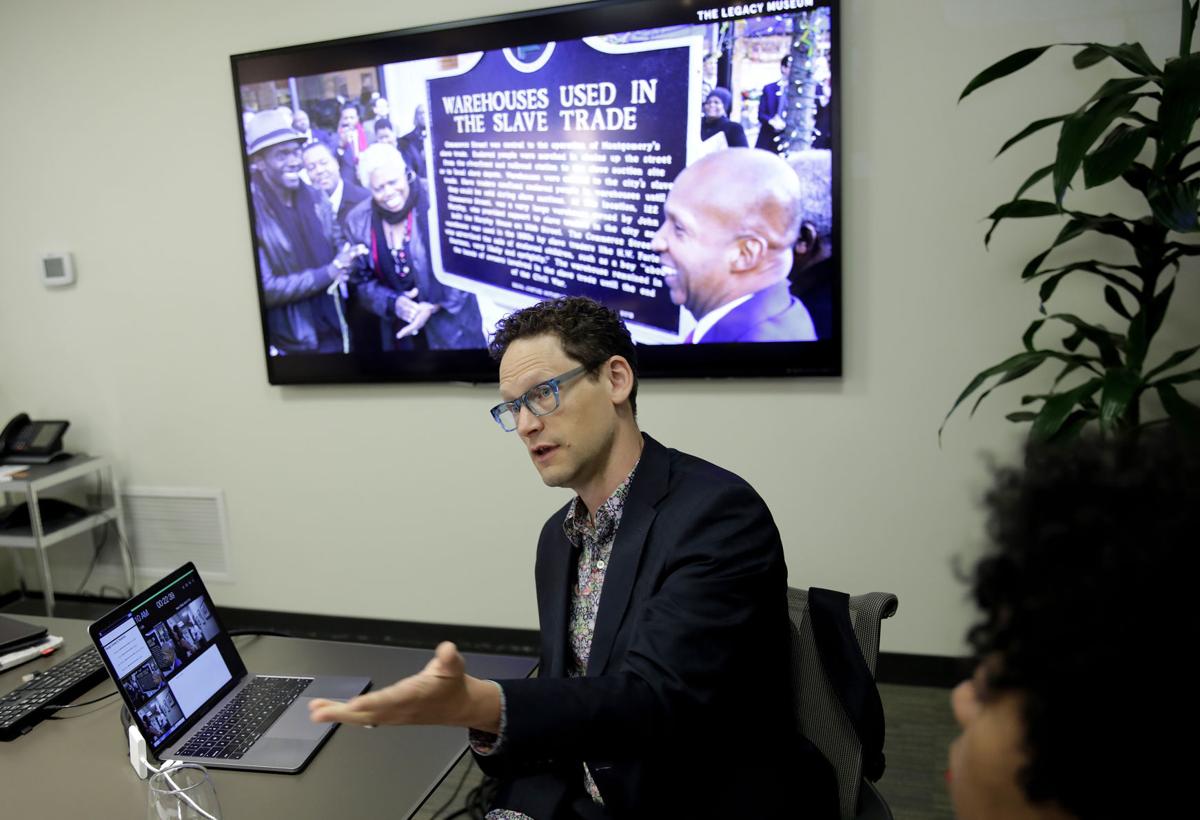 A proposed project to house a permanent memorial in the heart of the Greenwood District to recognize the 1921 Tulsa Race Massacre is coming to fruition after architecture firms were chosen to design a museum-grade history center.

On Thursday, the 1921 Tulsa Race Massacre Centennial Commission, along with Lt. Gov. Matt Pinnell, announced that New York-based Local Projects will lead the conceptual design of a forthcoming 11,800-square-foot exhibit space to be constructed, officials hope, in time for the 100th anniversary observance in 2021.

Local Projects, which assisted in the creation of the National September 11 Memorial & Museum in New York, the Guggenheim Museum Bilbao in Spain and the Legacy Museum of African American History in Montgomery, Alabama, was chosen from among a group of four firms that bid to work on the project. Selser Schaefer Architects, a Tulsa firm, was retained to spearhead design work.

“There is an incredible and important national story to be told here in Tulsa,” said Local Projects founder Jake Barton. “The 1921 Tulsa Race Massacre just wasn’t a pivotal moment for this city or communities that were affected by this event. This was also part of a resilience and resurgence of Greenwood that is a much larger story that the nation needs to know about.”

The facility is expected to feature interactive experiences designed to familiarize both locals and tourists with a contextualized narrative around the history of Tulsa’s African American community.

Additionally, Barton hopes the center — like other projects the firm have designed — is used as a mechanism to educate and spark deeper, uncomfortable conversations about the race massacre and its lasting impact on Tulsa.

“There is a reason this has been hidden in plain sight for almost a century, but bringing that to light illustrates something of a controversy,” he said. “But it is really necessary for Tulsa to thrive and move forward. What we’ve learned in a short amount of time is that this community wants to focus on not this event itself but the precursor that built Black Wall Street and the incredible resilience and human spirit that rebuilt Black Wall Street.”

Pinnell, who approved a $1.5 million appropriations bill line item for the Tulsa Race Massacre Commission, likened the meaning of the future center to a pilgrimage that will be taken by visitors once word spreads about the exhibit’s powerful arrangement of sensory experiences.

“This to me is that for this city,” Pinnell said. “I’m very excited that the state is invested in this. The state needs to be a major investor in this to tell this story. This is an Oklahoma story. This is a story the rest of the world needs to hear.”

Historian and author Hannibal B. Johnson will orchestrate curation of the exhibit. The focus of the display is expected to center around Greenwood’s history, including the legacy of Black Wall Street before and after the Race Massacre.

The planned project is part of a renovation and expansion of the Greenwood Cultural Center to accompany the John Hope Franklin Center of Reconciliation, that is expected to cost around $9 million.

In May, members of the Centennial Commission, community leaders and select city officials visited several museum sites to formulate ideas on how to effectively present the Race Massacre history to the public in its own version of a history center.

The Centennial Commission has already started work on the Path to Hope project, a walking tour of the original Greenwood area.

These initiatives, said Sen. Kevin Matthews, serve as an important step in civic leaders recognizing a dark time in the city’s history that for so long had rarely been discussed.

“For many years, this is a story that had not been told,” said Matthews. “This is a time where we need to have courageous conversations around telling that story and learning about that history.”