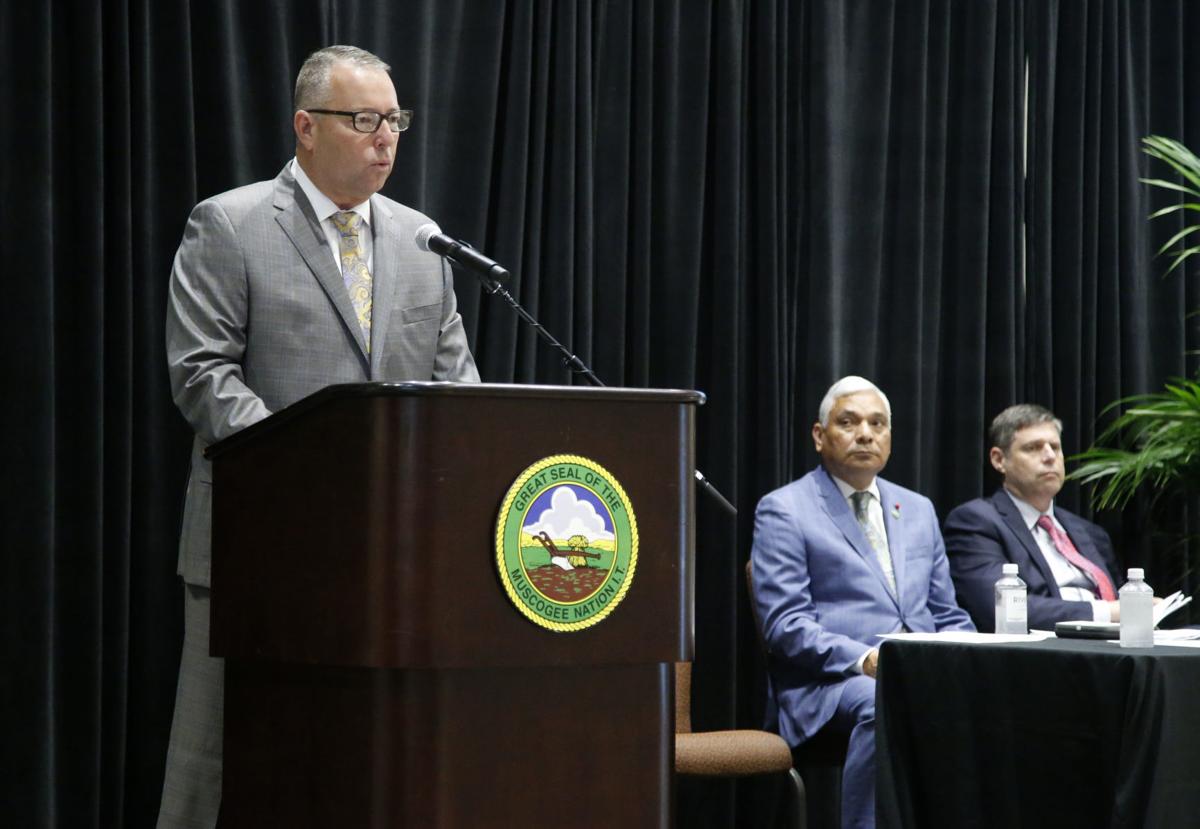 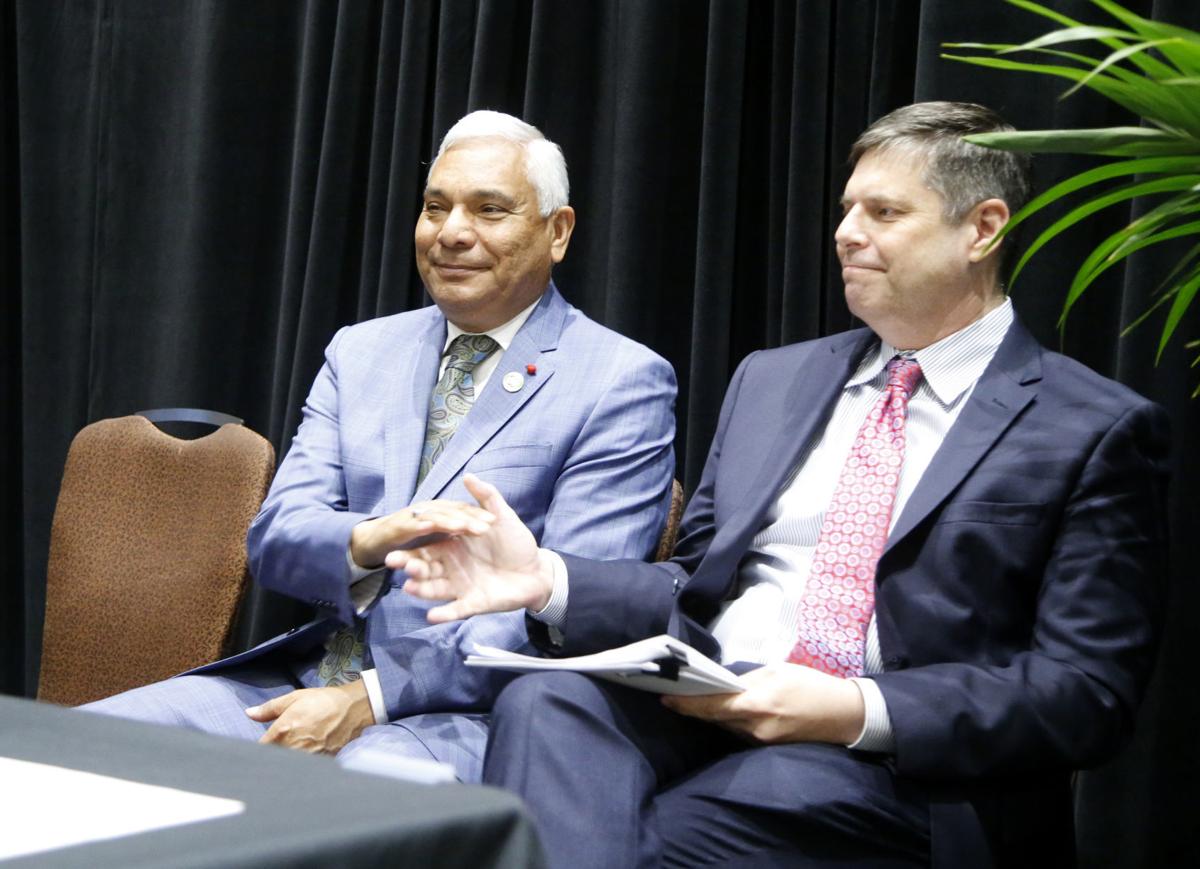 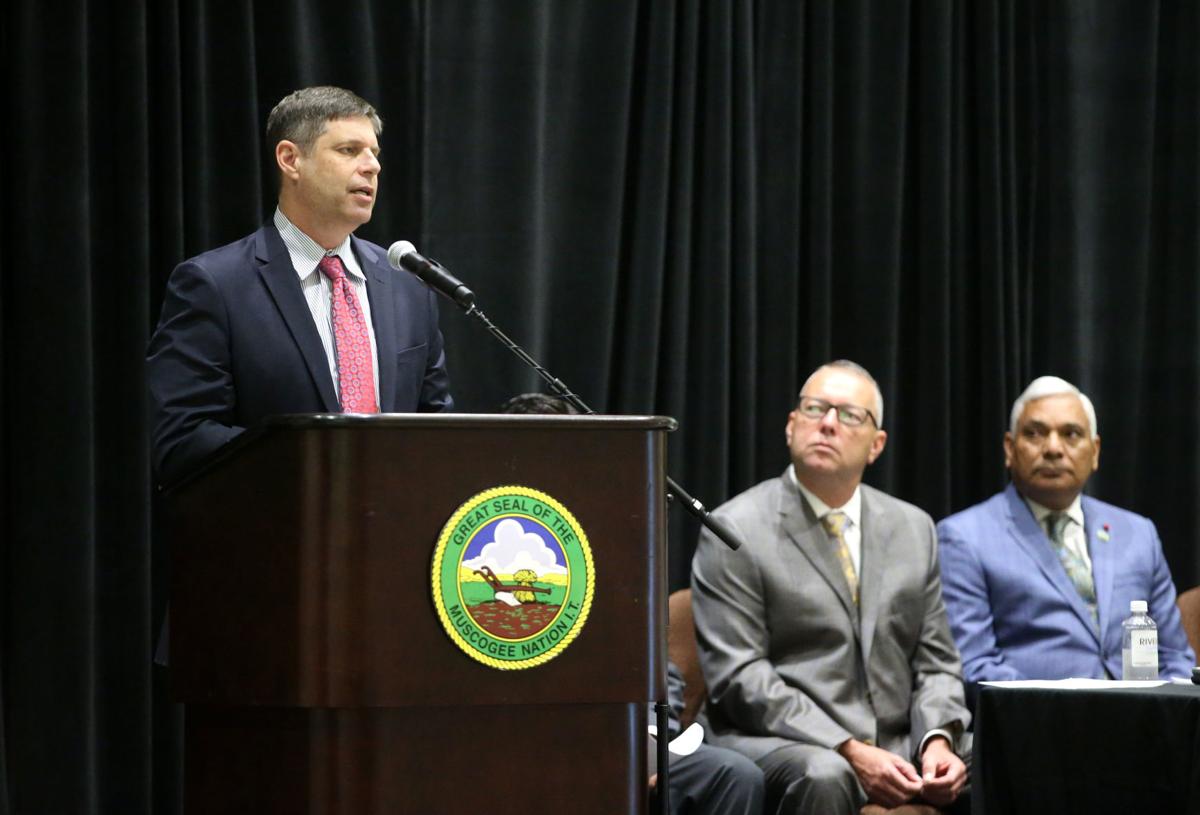 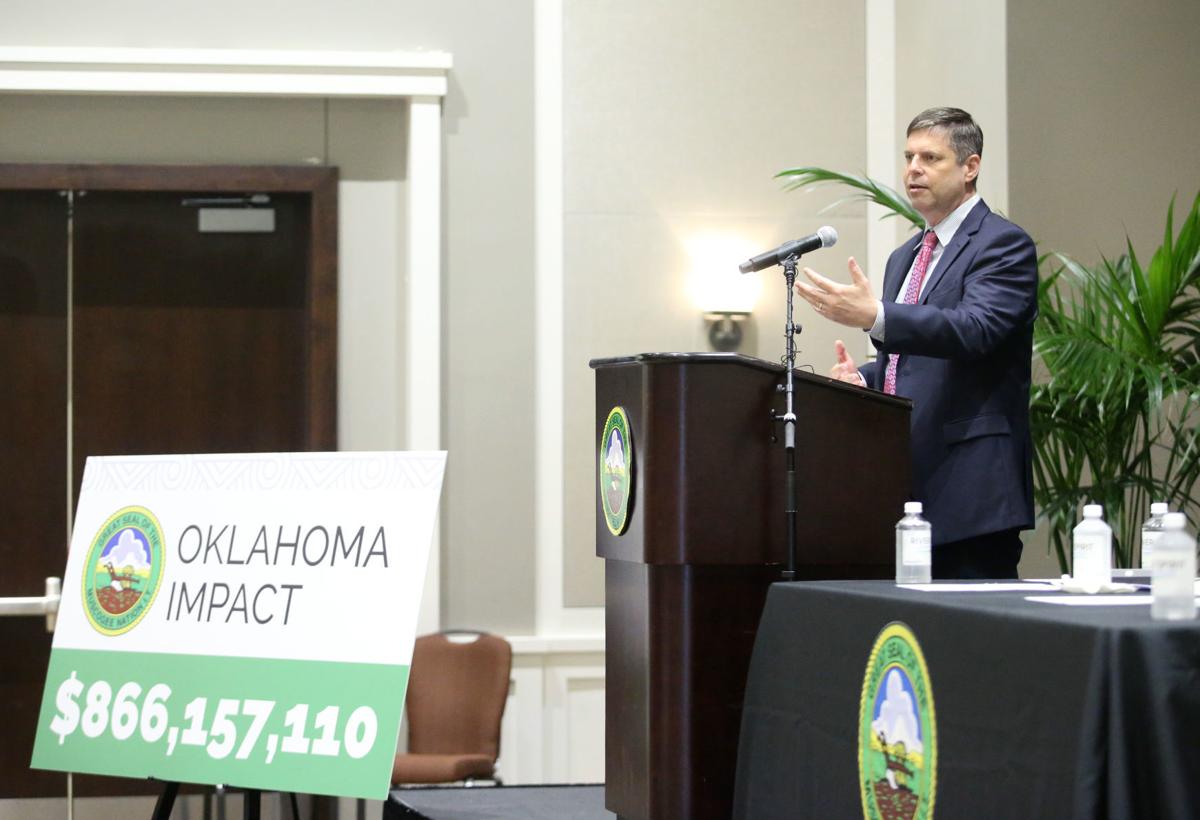 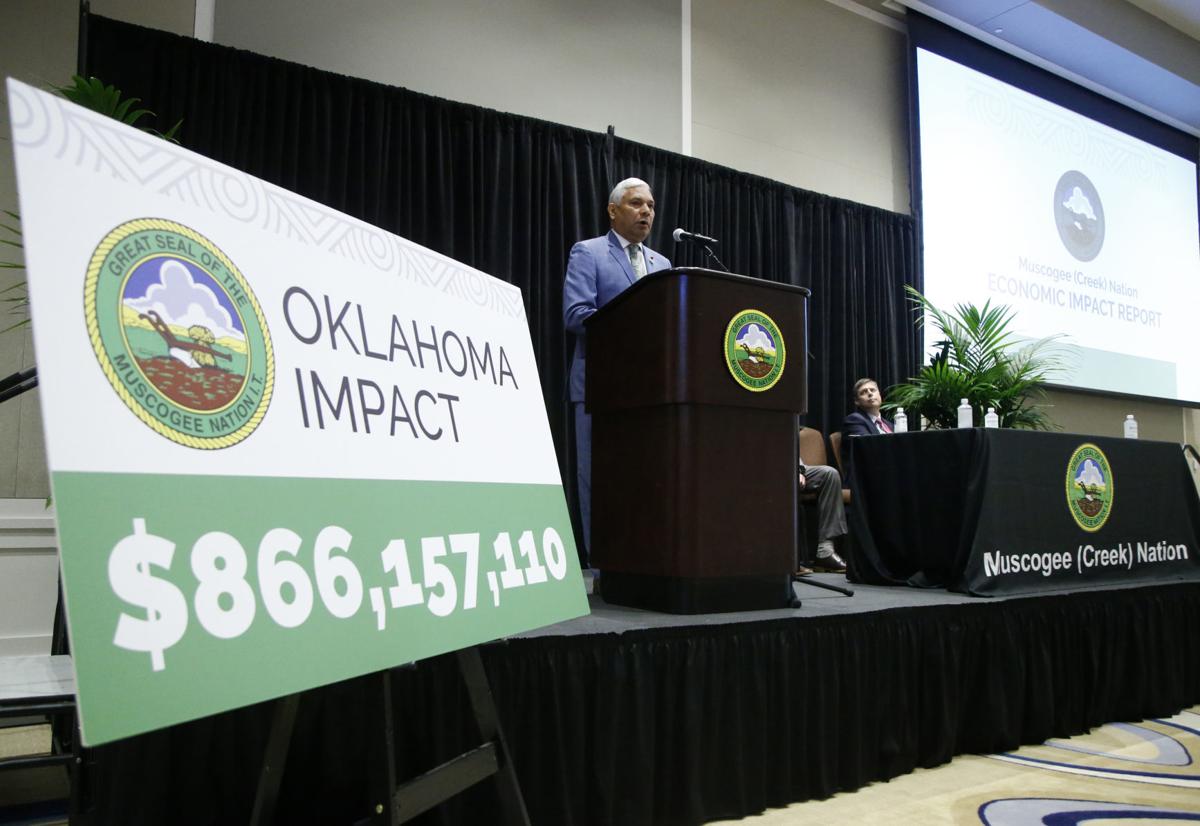 The Muscogee (Creek) Nation supports 8,700 jobs and contributes more than $1.4 billion a year to the national economy, according to the tribe’s first-ever large scale economic impact study, released Wednesday morning.

In Oklahoma alone, the tribe’s economic impact in 2017 reached $866 million, including $12 million provided to state and local education programs and $7.6 million for roads, bridges and other infrastructure, the tribe said.

The economic impact included 120,000 patient visits to tribal clinics and $8.4 million in college scholarships, according to the study, which was conducted by an outside group led by an economist from Oklahoma City University.

But twice as many people work at the tribe’s headquarters in Okmulgee, demonstrating how the Creeks’ economic impact extends far beyond gaming, said Lucian Tiger, speaker of the tribe’s National Council.

“We’re contributing greatly to the entire economy of Oklahoma,” Tiger said. “And not just the state of Oklahoma, but the city of Tulsa. (Tribal) citizens and non-citizens alike are benefiting from what we do.”

The study looked at economic numbers from 2017, the most recent year with complete data available. While this was the first economic impact study of its kind for the tribe, it will become an annual practice, officials said.

The Cherokee Nation, the country’s largest tribe, reported an economic impact of $2.2 billion in northeast Oklahoma in 2018.

Economist Kyle Dean, who leads the Economic Impact Group that conducted the Creek study, compared the tribe’s impact on the local economy to a global corporation’s, such as Amazon’s.

Dozens of cities, including Tulsa, competed in 2017 to lure Amazon’s “second headquarters” with millions of dollars in tax incentives. Arlington, Virginia, successfully bid $573 million based on the expectation that the company would create 25,000 jobs there.

But the Creek Nation, economically speaking, is a better asset than any corporate headquarters, Dean said. The tribe needs no tax incentive to invest in Oklahoma and can never relocate if another state offers a better deal, he said.

“It’s going to make a huge contribution to the state’s economy year after year, forever, and nobody can take it away,” he said. “There’s no way I can calculate what that is worth to the state.”