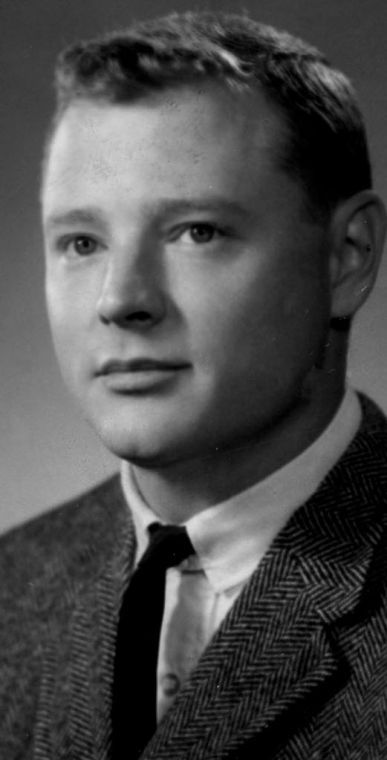 Jim Inhofe in 1965, a year before his campaign for a seat in the Oklahoma House of Representatives, his first elective office. World file 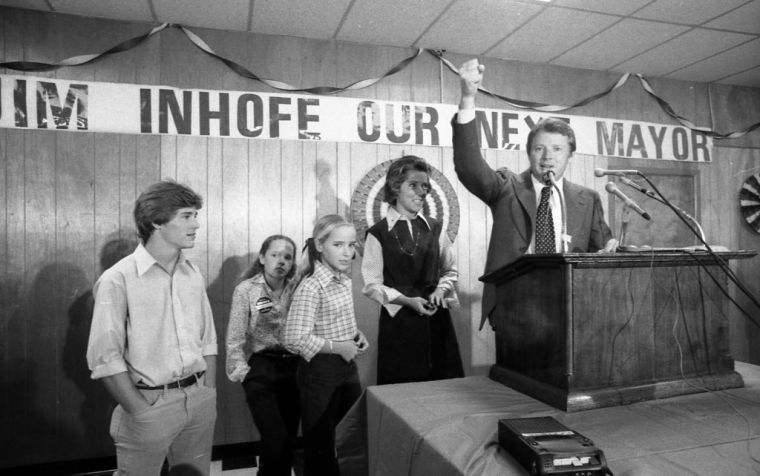 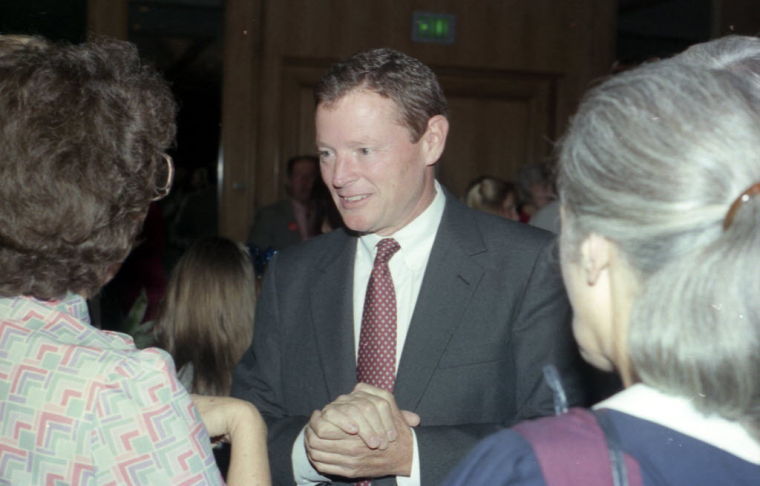 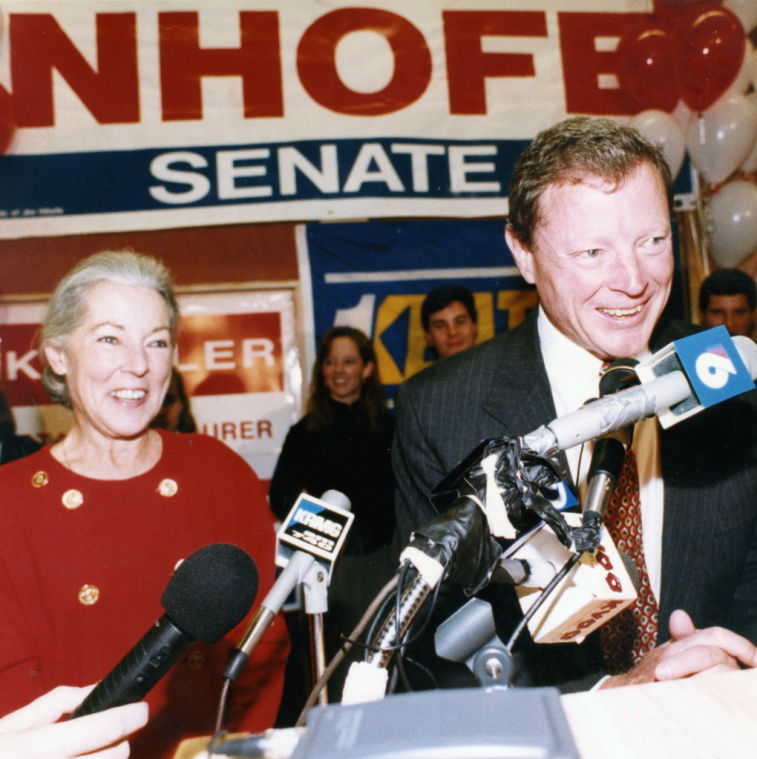 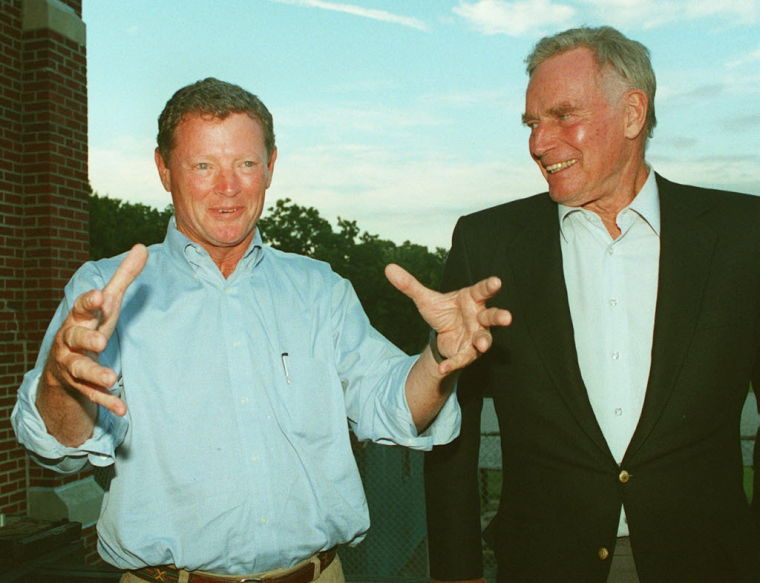 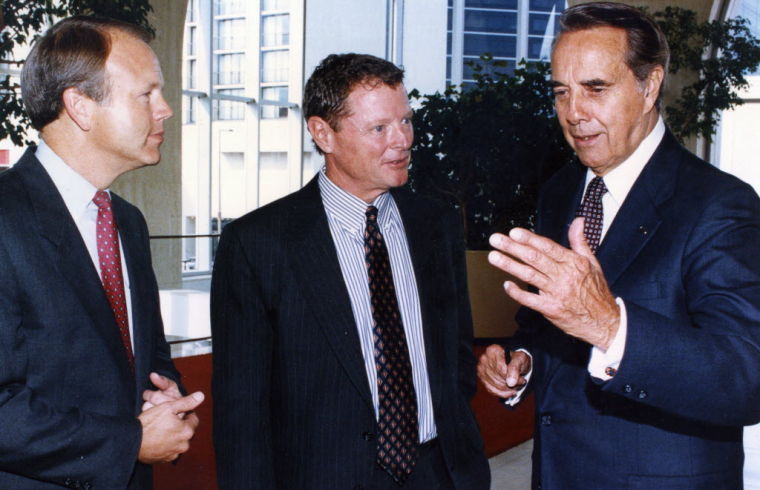 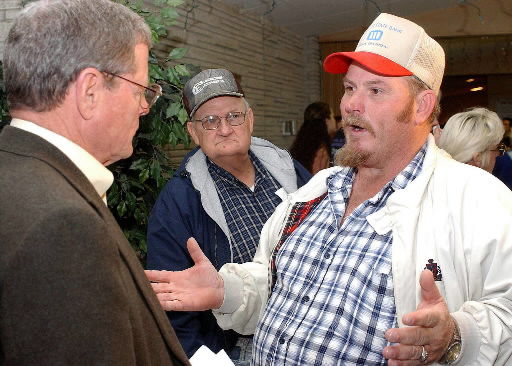 Jim Inhofe in 1965, a year before his campaign for a seat in the Oklahoma House of Representatives, his first elective office. World file

Sen. Jim Inhofe’s name will be on the Republican primary ballot on Tuesday along with three little-known challengers. It will be the 28th time in 48 years that Inhofe has gone before the voters.

As a state legislator, Tulsa mayor, 1st District U.S. representative and U.S. senator, Inhofe has generated a lot of headlines over the years.

People seem to like reading about Oklahoma’s senior senator, so here are our top 10 favorite news stories about him:

Inhofe was in the midst of a campaign for governor against Democrat David Boren, who would go on to win.

Boren had a press conference in which he came out for “across the board” majority rights for 18-year-olds, but later backtracked saying he didn’t mean the right to drink beer.

Asked his position, Inhofe said he strongly favored extending all majority rights – including the right to drink beer – to 18-year-olds, according to an Oct. 15, 1974, story in The Tulsa Tribune.

A May 15,1979, World story reported that Inhofe, who was Tulsa’s mayor at the time, said that increasing the city sales tax from 2 cents to 3 cents was the only realistic way for Tulsa to raise revenue for needed projects and prevent the city from deteriorating.

He said it was awkward for him, with his reputation as Mr. Fiscal Conservative as a state legislator, to come out for the tax increase.

“I’d much prefer, and it would be a lot easier to be against it. But we can’t sit here and let Tulsa rot from the inside,” Inhofe said.

The third-penny sales tax failed the first time, but was approved in 1980 and was projected to raise $150 million over five years for city improvements. It has been renewed repeatedly since then.

On May 4, 1978, the World reported that Mayor Jim Inhofe had asked Tulsans to support the development of alternative energy resources and expressed a personal interest in solar power.

In observance of national Sun Day, Inhofe read from a proclamation calling on Tulsans “to enhance their understanding and dedicate themselves to the development of alternative energy sources.”

Inhofe told of his visit to the solar home of actor Robert Redford and recalled seeing a town in Mexico’s Yucatan peninsula “run entirely on wind.”

“Everywhere you look there are windmills – and they’re all made in Chicago,” he said.

He said Americans were being forced to rely on “countries we really don’t want to be dependent upon” for fuel.

“With that in mind, I think we’re all interested in looking for alternate sources of energy. And of course, we want clean sources,” he said.

“Solar energy is bound to be in our future. There’s a kind of inevitability about it,” Inhofe concluded.

Inhofe and his brother, Perry D. “Bud” Inhofe were involved in a legal dispute concerning Quaker Life Insurance Co., a family-owned business. The settlement was announced on March 2, 1990.

Coincidentally, Inhofe’s wife, Kay, also sued her brother over a family-owned business. That dispute was settled out of court.

Previous efforts to deal with the health risks from lead and zink pollution had focused on removing and replacing contaminated soil from the yards of Picher and Cardin residents, costing taxpayers $100 million.

For years, Inhofe had been adamantly opposed to a federal buyout for residents of the former mining communities. He reversed himself in 2006 after a federal report found 200 locations in the Tar Creek Superfund Site that were in danger of cave-ins.

The report “says an elementary school could fall in and kids could be killed,” Inhofe said. “That’s much more of a threat than some lead would be to someone’s health. Consequently, we are going to have to do some relocating as a result of this.”

By 2009, Inhofe had secured enough money from the Environmental Protection Agency for the buyout of 700 homes, businesses and other structures. The towns of Picher and Cardin were officially dissolved in 2013.

The appointment earned Inhofe praise in an editorial by James O. Goodwin, president of the Oklahoma Eagle, Tulsa’s African-American-owned newspaper.

“Your nomination of Ronald Young has elevated black political aspirations to a new level and has certainly lowered barriers against racial and political harmony,” Goodwin wrote. “This historical act, unselfish on your part, will surely overshadow any future act in pulling our community together.”

A 1979 sales tax election to fund this project failed. So in 1981, Mayor Inhofe took another approach. The Tulsa Urban Renewal Authority sold land along the west bank of the Arkansas River and at 61st Street and Riverside Drive to Lincoln Property Co.

The city used the proceeds from those sales, investment revenue and private donations to pay for the $8 million low-water dam and related projects. The dam is named after John Steele Zink, whose family foundation was a major private contributor to the project.

In his own words:

"With all of the hysteria, all of the fear, all of the phony science, could it be that man-made global warming is the greatest hoax ever perpetrated on the American people? It sure sounds like it." —July 28, 2003, speech on the Senate floor

"This has become a culture. These people are absolutely crazy." — Jan. 13, 2004, Tulsa World interview, referring to supporters of warming theory

"Is global warming causing more extreme weather events of greater intensity, and is it causing sea levels to rise? The answer to both is an emphatic 'no.' " — Jan. 4, 2005, speech on the Senate floor

2. Scares airport workers while trying land on a closed runway.

Inhofe "sky-hopped" his Cessna aircraft over six vehicles and ground personnel as he tried to land on Oct. 21, 2010, on a closed runway in Texas, sending frightened airport workers fleeing for their lives, the Associated Press reported.

Construction supervisor Sidney Boyd told the Federal Aviation Administration he was on the runway and that the senator "scared" workers and nearly hit a truck before landing.

"I think (the truck driver) actually wet his britches, he was scared to death," Boyd told aviation officials in a tape-recorded call to the FAA.

Inhofe has been flying for more than 50 years. He had emergency landings in Claremore in 1999 after losing a propeller and at Jones Riverside Airport in 2004 and 2006.

1. A monorail for Tulsa.

In 1983, Mayor Inhofe proposed a monorail system that was to include a loop circling each quadrant of the city, all connected at downtown.

Tulsa would have been the first city in the country – maybe the world – to have an operational citywide monorail system. A subsidiary of Walt Disney Studios was involved in the proposal, and Tulsa Transit officials even went to Orlando, Fla., to tour the monorail at Disney World.

Eventually, the idea was derailed due to its unproven technology and exorbitant cost.

After three two-year terms as Tulsa’s mayor, Inhofe lost a re-election bid to Democrat Terry Young in 1984. In an exit interview with World reporter Janet Pearson, Inhofe said the failure of the monorail proposal was his greatest regret.

“I know it was a negative issue, and I regretted that it ever came up,” he said. “But any time you get total agreement from the manufacturer, the Disney people, the federal Department of Transportation … It was not futuristic. It was not a dream.

“I would imagine some other city will be the first now … and that is my single greatest disappointment.”

But if we had room for two more it would be when Inhofe apologized for calling President Clinton an idiot and when he refused to ride his horse in Tulsa’s downtown parade because it dropped the word Christmas from its title.

For 10 cents, you could ride a Sand Springs trolley

Memorial weekend deluge was 30 years ago

Solving the mystery of ‘Heartbreak Hotel’

Easter pageant was a holiday ritual for decades

Woodward Park and the Creek woman who once owned it

This graphic from the Nov. 20, 1983, Tulsa World shows one of four routes for a monorail proposed for Tulsa by Mayor Jim Inhofe and other city…