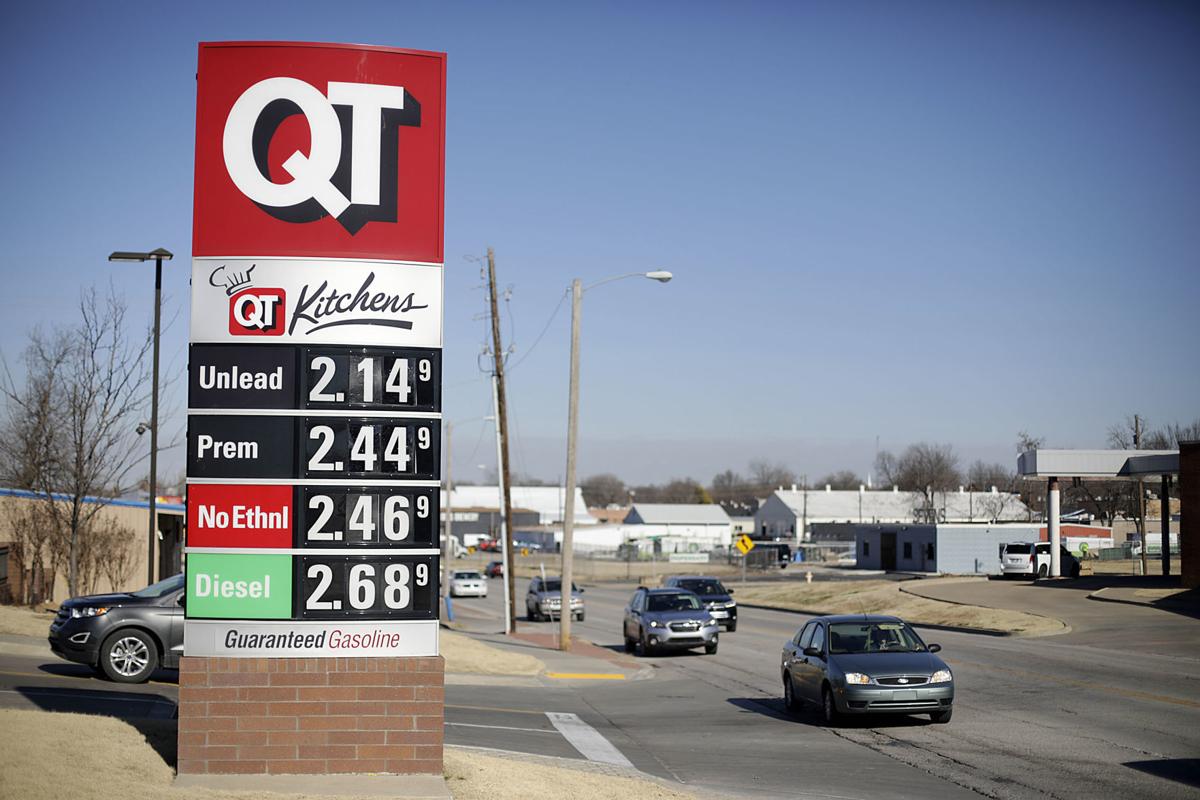 Gas prices are posted on a sign at QuikTrip at 11th Street and Utica Avenue on Monday. MIKE SIMONS/Tulsa World 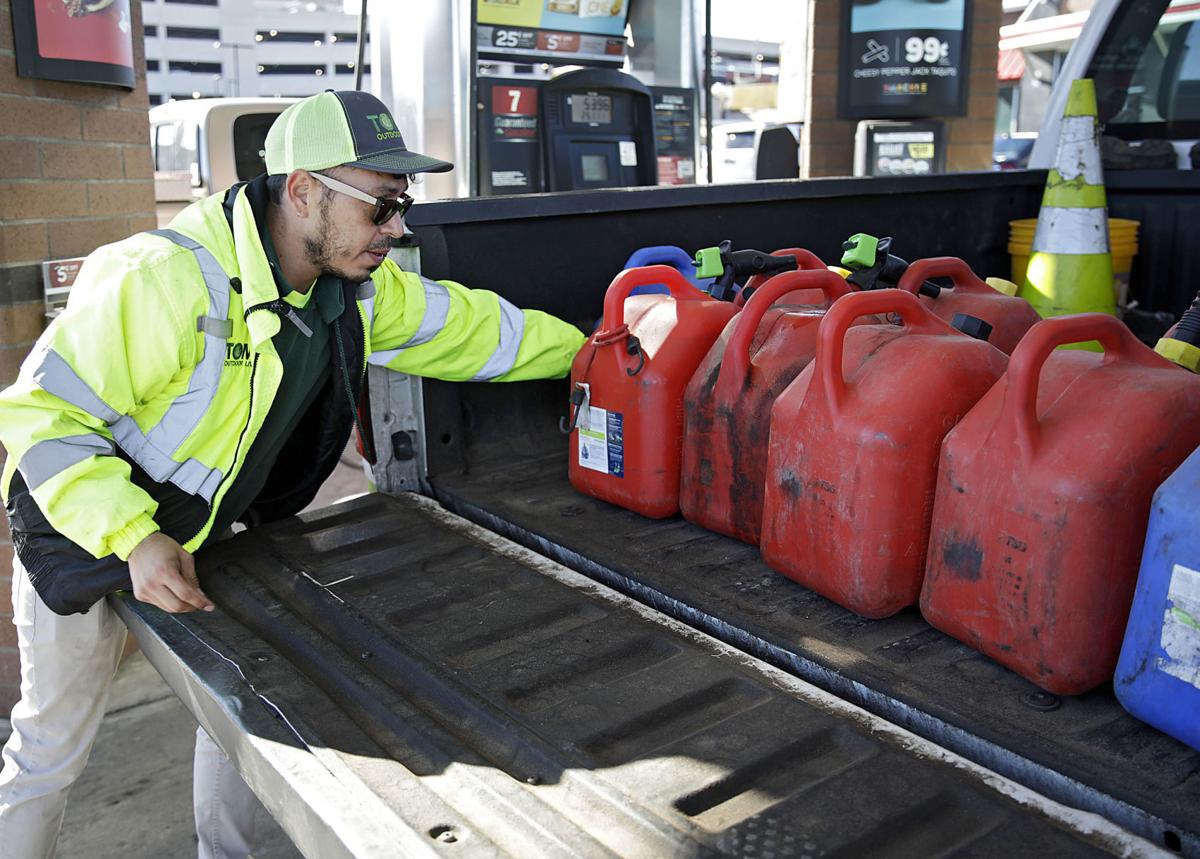 Richie Garcia loads gas cans into a truck after filling them at QuikTrip at 11th Street and Utica Avenue on Monday. MIKE SIMONS/Tulsa World 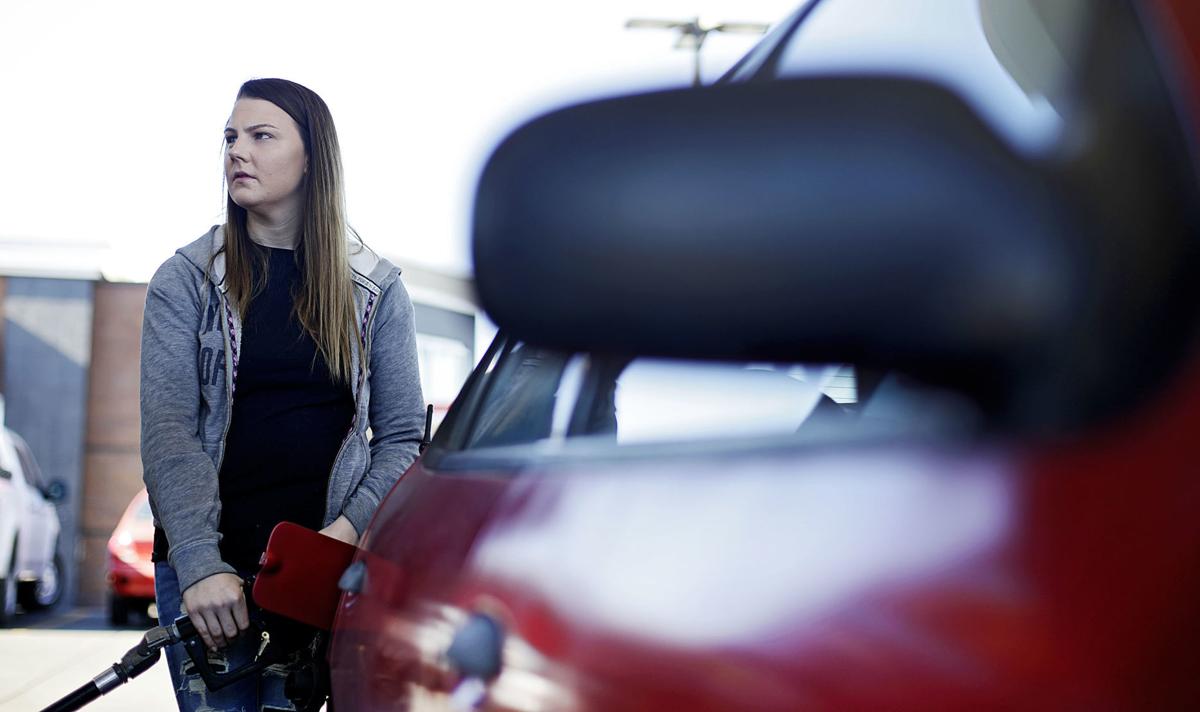 Gas prices are posted on a sign at QuikTrip at 11th Street and Utica Avenue on Monday. MIKE SIMONS/Tulsa World

Richie Garcia loads gas cans into a truck after filling them at QuikTrip at 11th Street and Utica Avenue on Monday. MIKE SIMONS/Tulsa World

While gas prices in Tulsa have actually fallen in the last week, they likely will go up amid recent soaring tensions in the Middle East — and how much is directly proportional to what happens next, a national analyst said.

“The ... concern is if Iran retaliates and the degree of retaliation,” said Patrick DeHaan, head of petroleum analysis for GasBuddy, a fuel-price tracking company.

“A big response would have a potential big impact,” he said by phone Monday.

“For now, I could see a small 5 to 10 cent per gallon increase (nationally) over the next couple of weeks, but the real potential for fireworks at the pump will be contingent on retaliation, and whether that retaliation targets oil infrastructure like Iran struck last year,” he said.

Tulsa’s prices could go up by as much as 20 cents per gallon, he said.

The U.S. killed Iranian Gen. Qassem Soleimani in Iraq on Friday. Early Sunday, as Iran threatened to retaliate, President Donald Trump tweeted the U.S. was prepared to strike 52 sites in Iran if any Americans are harmed.

Fears that Iran could strike back at oil and gas facilities important to the U.S. and its Persian Gulf allies stem from earlier attacks widely attributed to Iran.

The U.S. has blamed Iran for a wave of provocative attacks in the region, including the sabotage of oil tankers and an attack on Saudi Arabia’s oil infrastructure in September that temporarily halved its production. Iran has denied involvement in those attacks.

Following the attack on the Saudi oil facilities in mid-September, gas prices in Tulsa jumped about 15 cents per gallon, but then were back down by the end of the month, DeHaan said.

“There’s been no physical disruption or retribution from Iran, but it has been promised. Oil markets have risen on the rising risk of Iran retaliating, but until it happens, don’t expect gas prices to see much of a jump,” DeHaan said.

However, he added, “About the only way for this situation not to have an effect on gas prices is if Iran does not retaliate or if they don’t retaliate enough that President Trump just lets it go.”

“For now we’re in limbo, but typically gas prices decline slightly in January and February thanks to seasonally weak gasoline demand.”

Tulsa gas prices have fallen 3.9 cents per gallon in the past week, averaging $2.15 per gallon Monday, according to GasBuddy’s daily survey of 321 stations.

According to GasBuddy price reports, the cheapest station in Tulsa was $2.07 per gallon Monday, while the most expensive was $2.59 per gallon.

Neighboring areas and their gas prices:

The cheapest price in the entire country Monday was $1.89 per gallon, while the most expensive was $4.99 per gallon.

On average, Oklahoma was the least expensive state at $2.22 per gallon and Hawaii the most expensive at $3.65, DeHaan said.

The Associated Press contributed to this story.