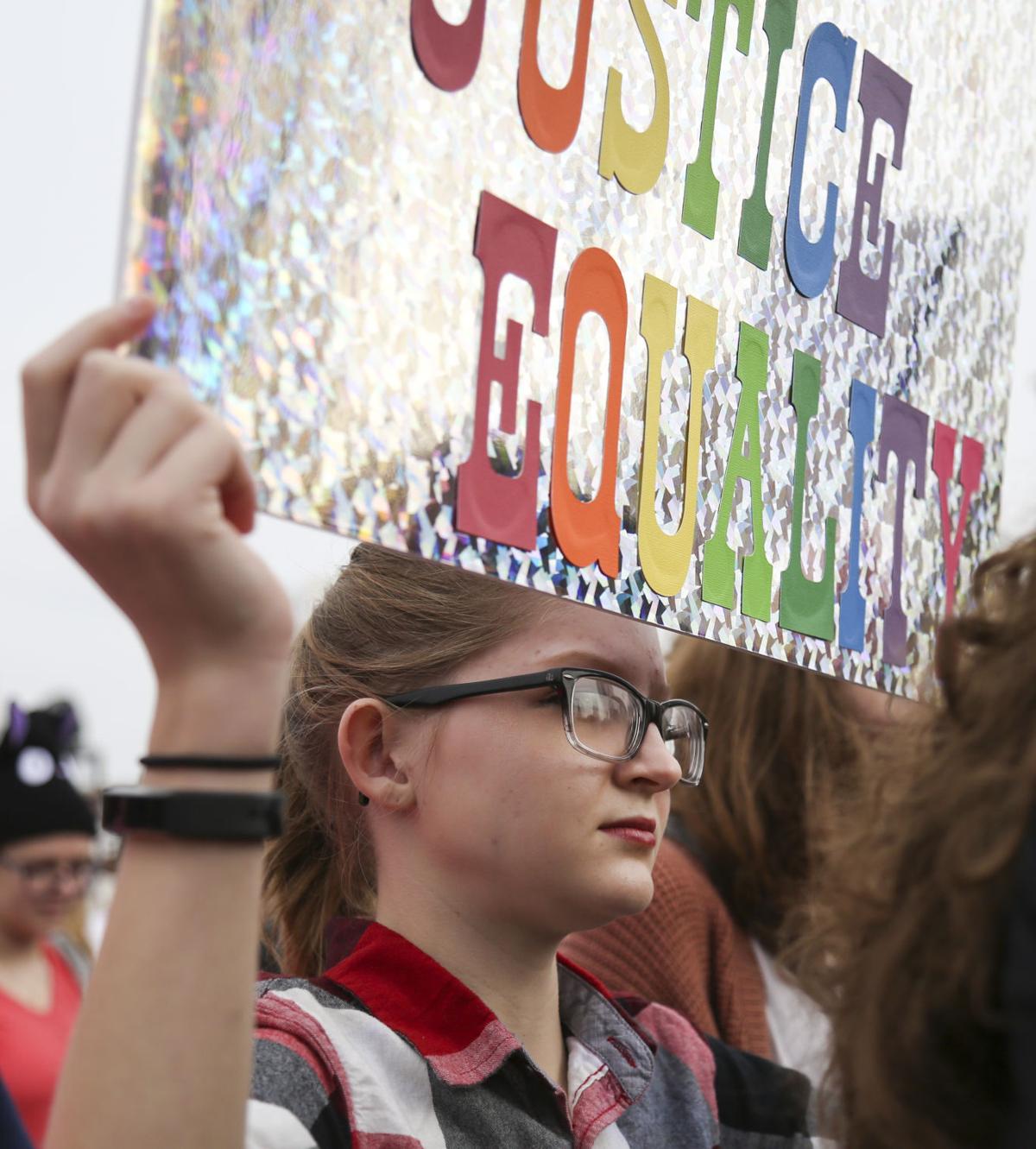 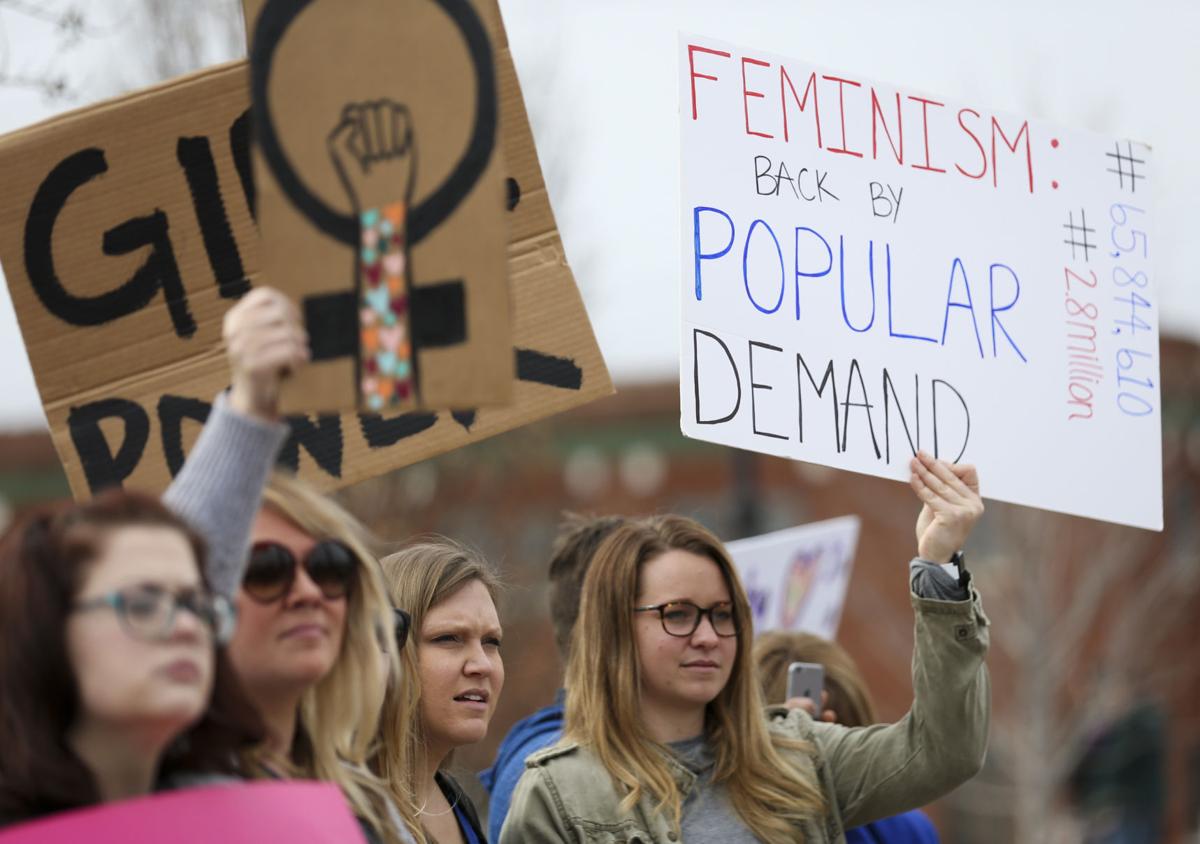 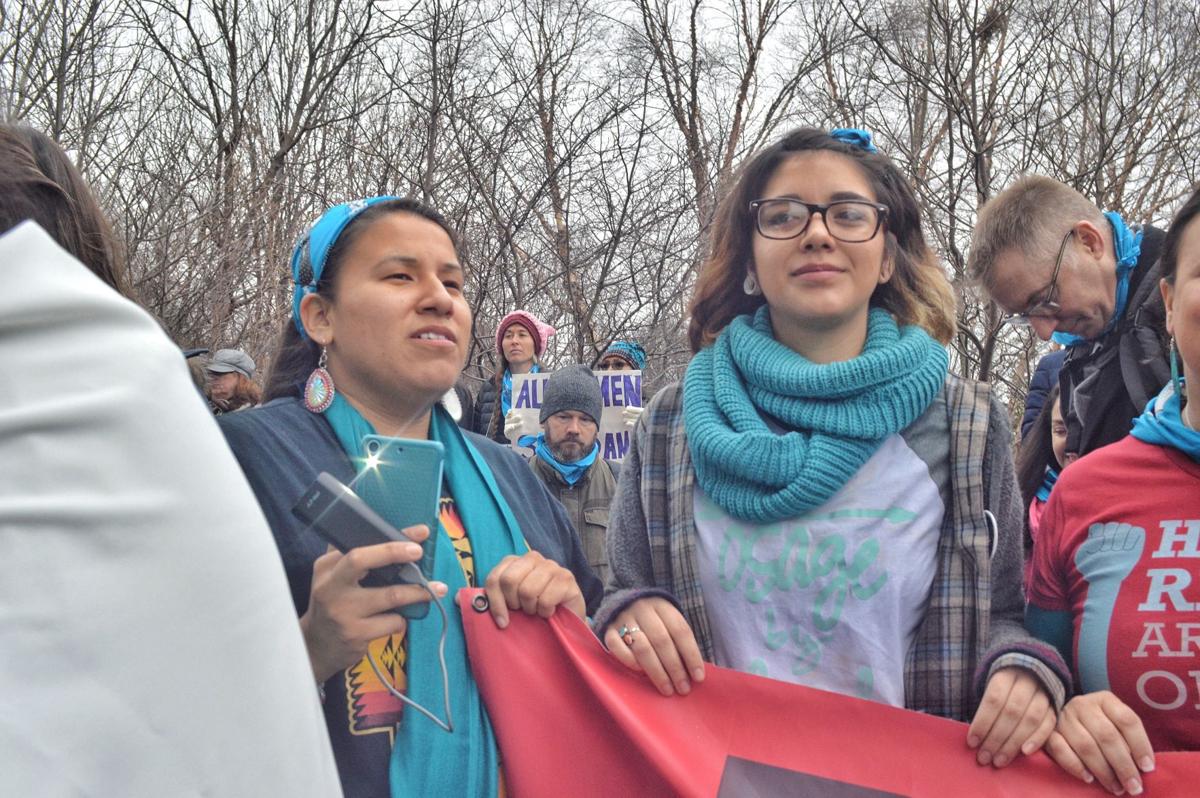 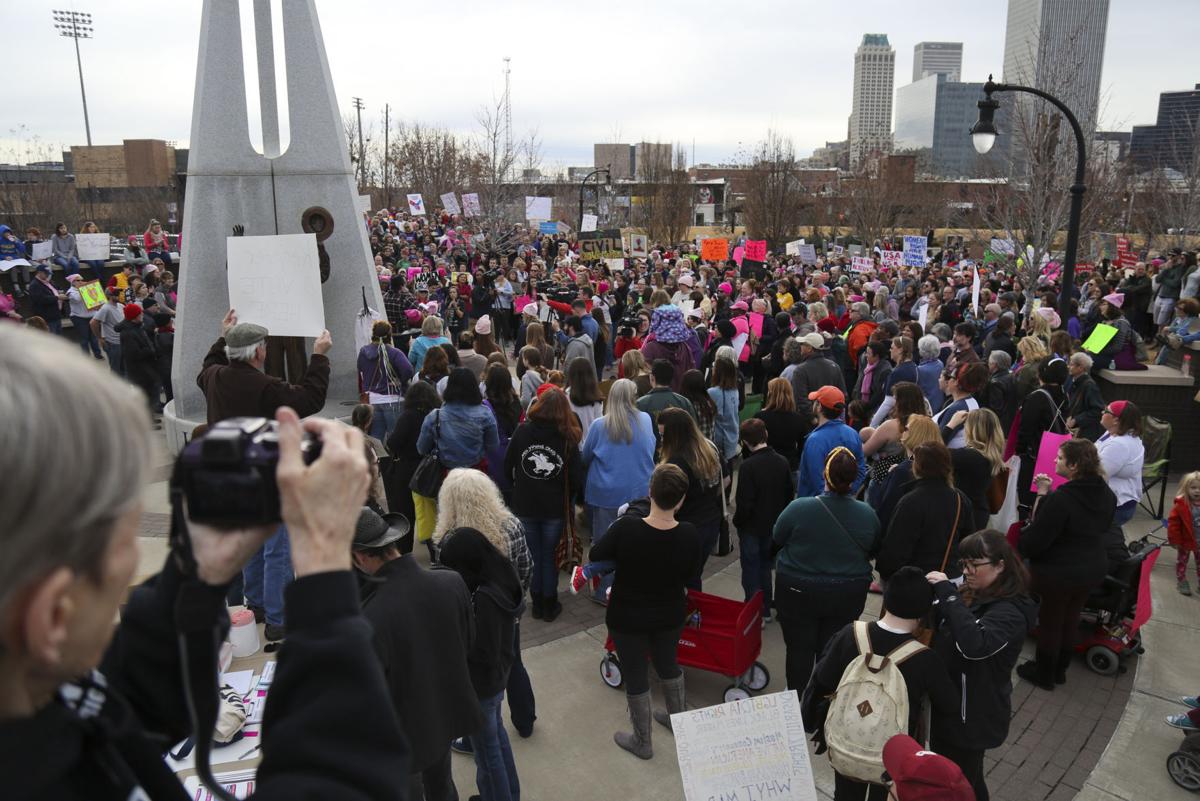 Photo gallery: Look at photos from women's marches held around the world

VIDEO: Women of Tulsa Stand Up and Speak Out

Well over 1,000 people gathered in downtown Tulsa on Saturday to spread a message resonating worldwide in the wake of Donald Trump’s presidential inauguration: Human rights for all.

A similar event in Oklahoma City on Saturday drew an estimated 7,000 people who rallied around the state Capitol.

Barbara Oliver, one of the organizers of the Tulsa event, said she never expected so many people to turn out for the march, which began with a small group of friends and eventually caught the attention of nearly 2,000 people on the event’s Facebook page.

“This kind of happened as an accident,” Oliver said. “And it’s the most wonderful accident that I’ve ever been a part of.”

Around 10 a.m., people began arriving in the John Hope Franklin Reconciliation Park, 321 N. Detroit Ave. The numbers quickly grew with people coming and going over the next few hours, all with a central message for the nation’s new administration: Equality for all.

Before the majority of crowd members took to downtown Tulsa’s sidewalks carrying handmade signs, several speakers shared their messages and reasons for participating in the event.

“Growing up as an indigenous woman, I’ve seen first hand from my tribal elders and other strong women that I’ve grown up with — through experiences — that the world needs feminism,” said Megan Alexander, a member of the Muscogee (Creek) Nation of Oklahoma. “And not just feminism — I’m talking about feminism that’s intersectional, that covers every race, class, sexual orientation, everything.”

Crowd members booed in disapproval of the statistics that Alexander provided to drive home her point.

Tiffany Phillips pleaded for crowd members to register to vote or to update their voter registration status, and to be politically involved locally and nationally.

“It begins locally, at home,” Phillips said. “And those are the most basic things you can do.”

John Waldron, a social studies teacher at Booker T. Washington High School, said men must be involved in the fight for women’s rights, too.

“This is not just a women’s issue,” Waldron said. “This is an American issue. It’s a human rights issue. It’s a democracy issue.”

“We want a better future, don’t we?” he asked the crowd members, most of whom responded with cheers and applause. “It’s time to lace up your shoes. It’s time to get out into the communities. It’s time to organize.”

As marchers made their way across a small section of downtown Tulsa, which did not include any roads blocked off by police due to the absence of a permit, marchers shouted “Women’s rights are human rights,” “United we stand, divided we fall,” and dozens of other chants aimed at promoting justice for all people.

Ashley Crawford, 37, traveled from Tulsa to Washington, D.C., with about 15 other women as part of the Indigenous Women Rising group to speak up for indigenous rights at the national women’s march.

Crawford, a Tulsa-based Realtor, said she had never seen anything like the crowds of thousands that descended on the nation’s capital Saturday.

“It was amazing,” she said, pausing for a moment as her voice cracked with emotion. “Just to see, mostly women, and then men there, too, and it was women from all walks of life. All ages, all colors, all backgrounds, and all there for their own reason.”

She described the large crowd — which the Associate Press estimated to be more than half a million — as veritable sea of good energy.

The crowds were what stood out most to 34-year-old Tulsan Kristen McCormick, who also traveled to the event with Indigenous Women Rising. She said she had never seen so many people in her life.

“My god, there were so many people there,” she said, attempting to recount the day.

Among Crawford’s favorite parts of the day was the march, which begun after about an hour of gridlock, and coming across different subgroups within the gathering.

Some people were there supporting LGBT rights, others were supporting a woman’s right to choose, and others stood up for different racial minority groups.

Crawford’s cause is indigenous rights, such as tribal sovereignty and water rights, as well as issues targeting indigenous women, including higher rates of sexual assault, domestic violence and kidnappings.

At one point during the march, Crawford came across children singing, “This is what democracy looks like,” and the crowd sang back.

“That’s what really got me,” she said as her voice broke again.

McCormick said she thinks it’s important Oklahomans realize how many of them came out to events Saturday, whether they be in Washington D.C., Oklahoma City or Tulsa. She hopes the turnout inspires those who stayed home but were on the fence about protesting to speak out in the future.

“We want to bring that same passion and fire back home and hopefully get more people fired up by the fact that they aren’t alone,” McCormick said.

“At the end of the day, we want to be heard, and we’re letting the new (presidential) administration know that,” McCormick said.

Crawford said the march energized her — so much so she made it through the day solely on adrenaline, without eating, drinking or sitting down — and reminded her why it was important to take direct action for the causes she’s supports, saying she now felt like she could take on the world now.

“Oftentimes we’re silent because we’re the minority, but this gives me hope that it’s just a bigger world. So I need to keep standing up. I need to stay motivated. I need to keep talking to my children and anyone who will listen about what I’m passionate about,” she said.

Local women join a group of Native Americans during the marches in Washington D.C. on Saturday