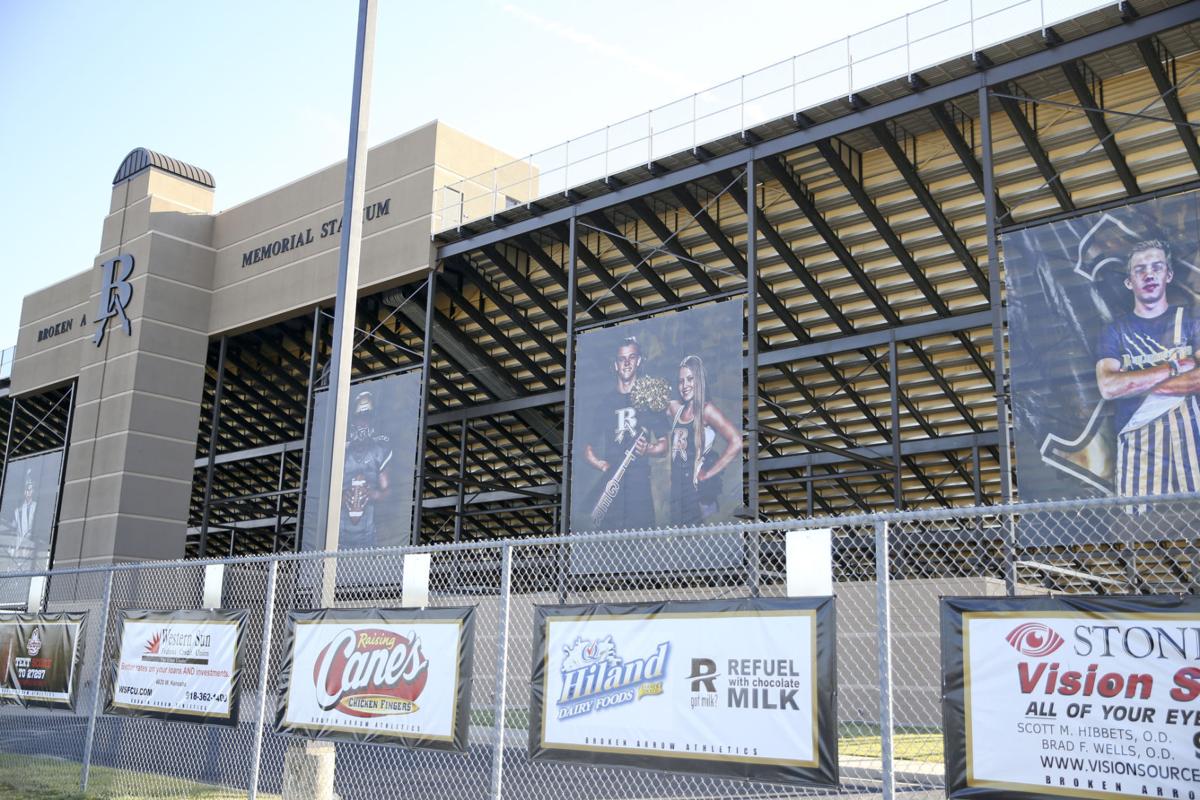 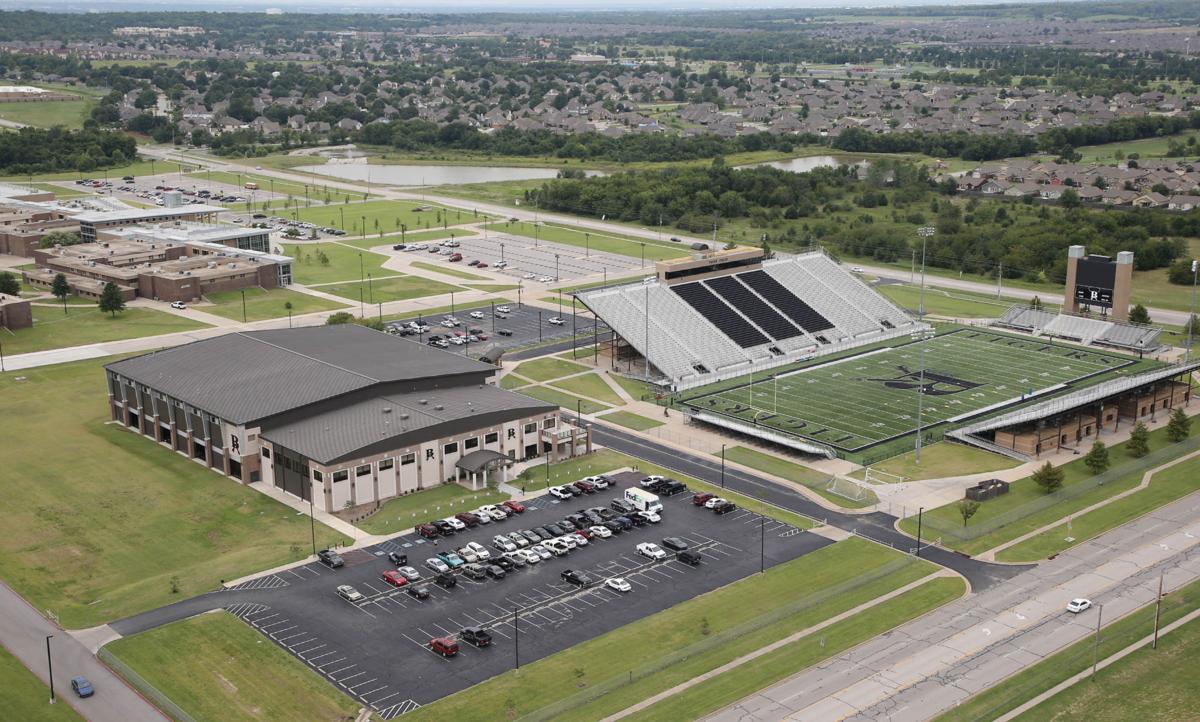 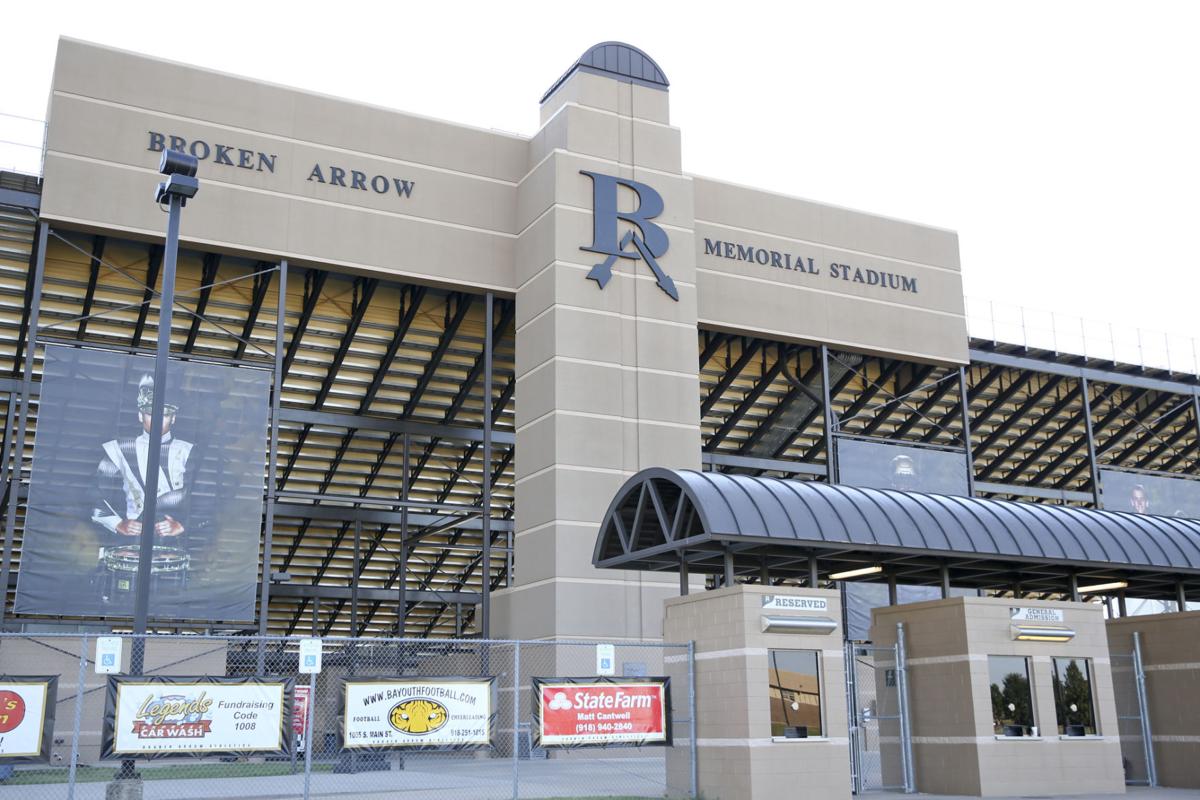 BROKEN ARROW — Family, friends and community gathered to honor and pray for a Broken Arrow student who died after a fall from the top of Broken Arrow High School Memorial Stadium on Friday night.

Broken Arrow Public Schools officials confirmed the youth's death on Saturday afternoon, saying Jaymeson West was junior at the high school and played the saxophone in the Pride of Broken Arrow. He also played the alto saxophone for one of the school's symphonic bands.

The incident occurred after a game between Broken Arrow and Jenks.

Dozens gathered about noon Saturday at St. Anne Catholic Church in Broken Arrow for a prayer service. A group of band members also gathered Saturday afternoon at the school.

School district officials put out a release saying they are "deeply saddened" by the death.

“As a mother of two students, one of whom is a Pride member, I am absolutely heartbroken,” Broken Arrow Public Schools Superintendent Dr. Janet Dunlop said. “We are a family in Broken Arrow and are working together to make sure Jaymeson’s family and all of our students have everything they need during this devastating time.”

The district says all Broken Arrow students who need support can come to the high school Media Center from 3 to 5 p.m. Sunday, or any time during the school day on Monday.

Here is an earlier version of the story.

A student fell from the top of the Broken Arrow High School football stadium immediately after the Tigers’ game against Jenks.

As of 11 a.m. Saturday, the student's condition remained unavailable from school and police officials.

The student fell from the stadium in front of many fans who were leaving after the game, a witness said. Late Friday and early Saturday, police were investigating and said they didn't have any reason to believe the fall was anything other than an accident.

The statement indicated counseling would be offered from 3 p.m. to 5 p.m. Sunday at the school's media center.

Counselors will be available throughout the school week. Officials said in the statement that "students can come to the Media Center at any time for support."

Charlie Hannema, spokesman for the district, said the school could not identify the student nor confirm the student's condition Saturday.

School officials deferred to the Broken Arrow police department, citing an ongoing investigation into the fall from the stadium. Broken Arrow police said Saturday morning that no new information, including the condition of the student, would be released.

"Upon arrival, it was determined that a student had fallen from the top of Broken Arrow Memorial Stadium," he said.

"On scene rescue efforts were made until EMS arrived. The student was transported by ambulance to a local hospital.

"At this time, the condition of the student is unknown. The identity is being withheld pending family notification of the incident."

As to the nature of the fall, Koch said police "believe it's an accident. We don't have any reason to believe it was anything else at this point."

The game between Broken Arrow and Jenks had just ended with a Jenks victory, and many people were still leaving the stadium when the incident occurred.

This story will be updated as more information becomes available.