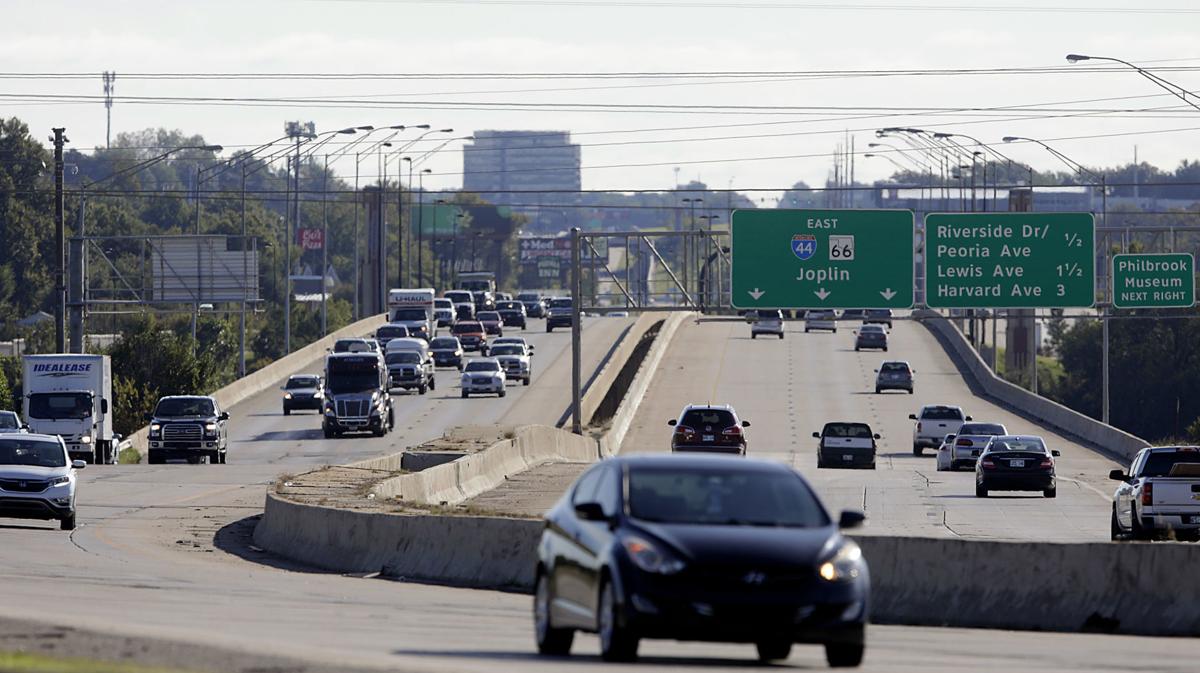 Expansion joints will be replaced on the Interstate 44 bridge over the Arkansas River. MIKE SIMONS/Tulsa World 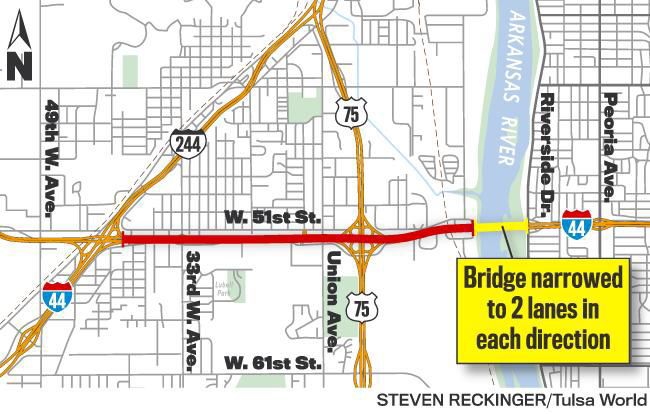 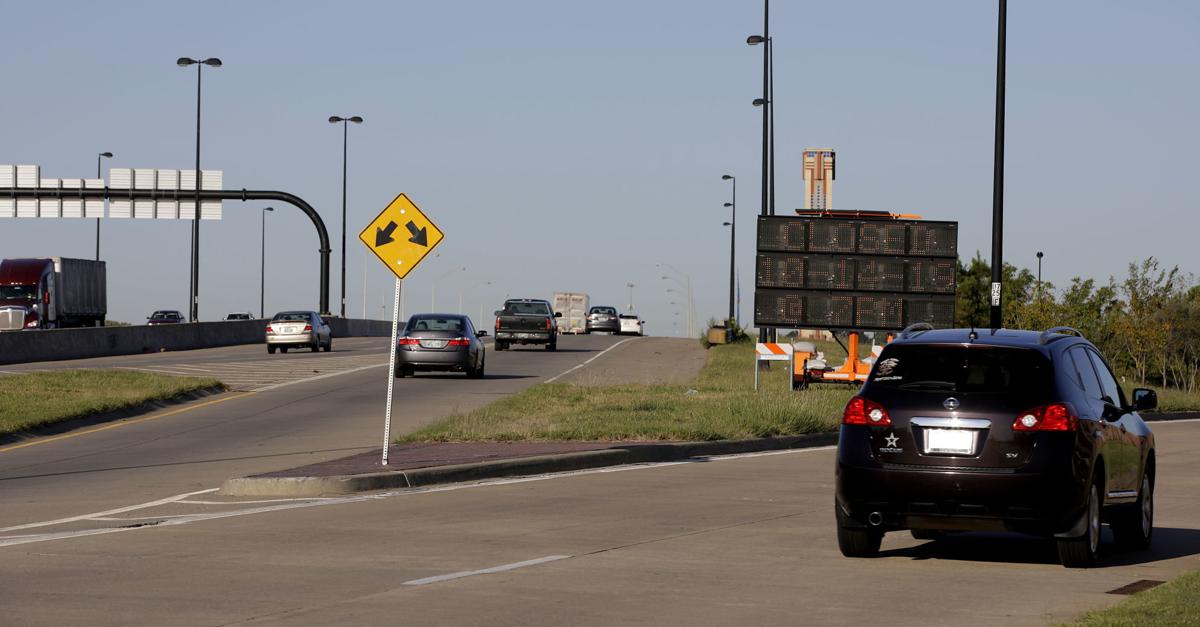 Expansion joints will be replaced on the Interstate 44 bridge over the Arkansas River. MIKE SIMONS/Tulsa World

The work, which will include the bridge being narrowed to two lanes of traffic in each direction, will last until early 2020, weather permitting.

“It’s going to be a tough one,” Oklahoma Department of Transportation spokeswoman Kenna Mitchell said.

“As you know, traffic on the bridge is already congested during rush hour. It’s going to be worse during this,” she said, adding that motorists should adjust their schedules or seek an alternative route during peak commute times.

Barrier walls will be placed on the bridge to protect workers, and the speed limit will be reduced, she said.

Exit ramps in the area also will be closed at times, she said.

In all, 12 expansion joints — six on each side of the bridge — will be replaced, Mitchell said.

The work is part of a $4 million project that will also include resurfacing two miles of I-44 from the bridge west to near the I-244 junction (western split). This is expected to take place over several weekends and lanes will be narrowed during those times, she said.

“The highway is really rough on that stretch,” Mitchell said. “There are some areas that need patchwork, but all new asphalt is going over it, as well. It will greatly improve the drive over there.”

The project will set the stage for the eventual widening of the highway between the western I-244 split and the Arkansas River bridge to six lanes, officials have said.

Construction of an entirely new, redesigned interchange at I-44 and U.S. 75 also is planned.

The first phase of the highway expansion — which will include replacing the Union Avenue and 33rd West Avenue bridges — could begin as early as next year.

I-44 in west Tulsa is the oldest section of interstate in Oklahoma, officials have said.

Specific lane and ramp closures for the project starting Monday will be announced as they are scheduled.

Drivers can sign up for daily traffic advisories at odot.org by clicking on the “Sign Up For News & Alerts” link on the main page of this website and selecting the Tulsa Metro option.