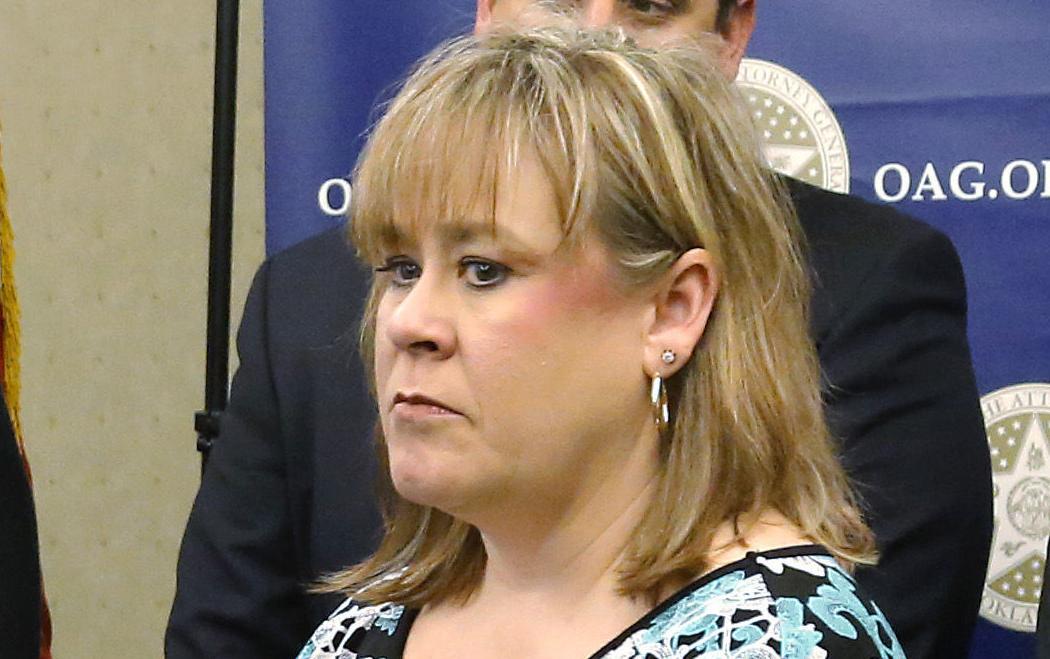 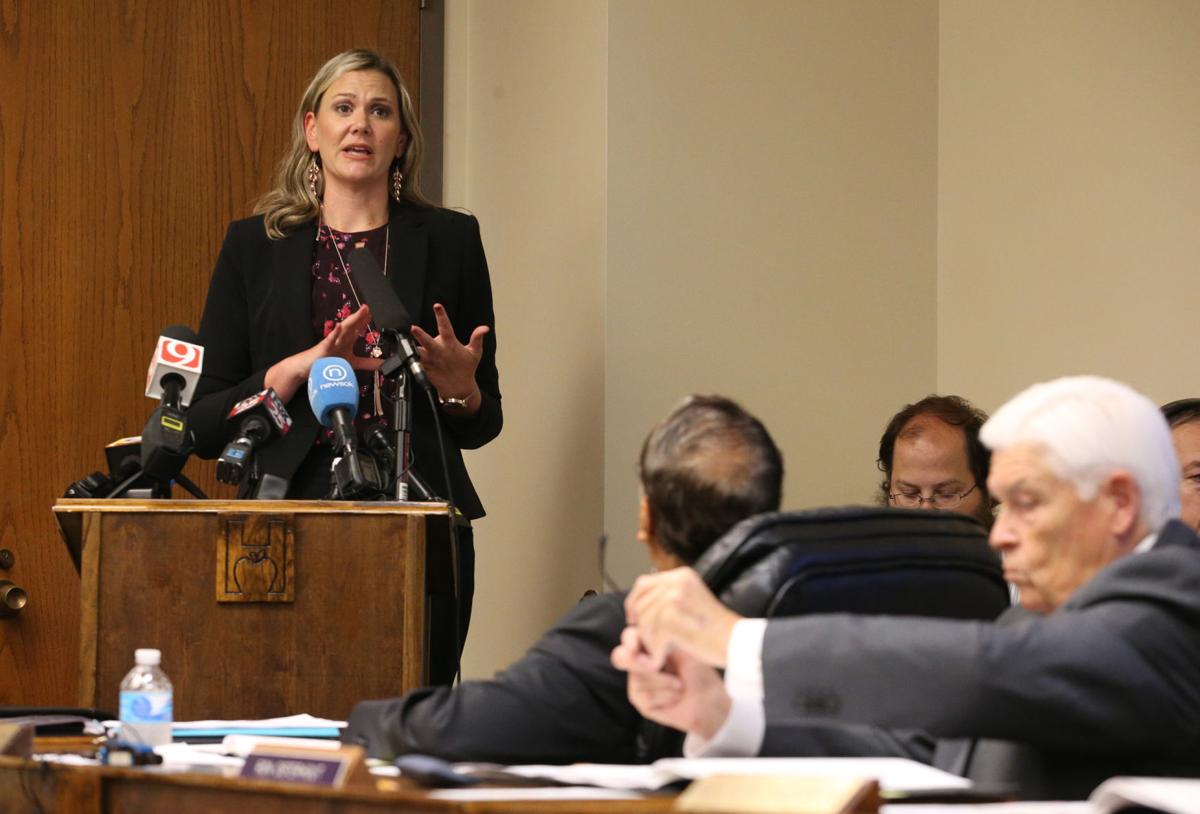 General counsel Julie Ezell participates in a meeting of the Department of Health on July 10. MATT BARNARD/Tulsa World

General counsel Julie Ezell participates in a meeting of the Department of Health on July 10. MATT BARNARD/Tulsa World

Authorities investigating bribery allegations related to medical marijuana rules could also determine the validity of a new claim that the Oklahoma Board of Pharmacy and its former director tampered with evidence in efforts to conceal misconduct.

Oklahoma State Bureau of Investigation Special Agent Steve Tanner told the Tulsa World the agency plans to submit information this month to the Oklahoma County District Attorney’s Office about whether Chelsea Church tried to bribe attorney Julie Ezell with a job in exchange for the health board’s approval of a rule requiring pharmacists in medical marijuana dispensaries. District Attorney David Prater will determine whether Church will face criminal charges.

Church, whose board terminated her employment in late July, came under an OSBI inquiry beginning July 20. Online journalism outlet NonDoc published text messages between Church and Ezell the day before the investigation began.

Tanner said his department doesn’t make recommendations to prosecutors on how a case should proceed. He added that the OSBI’s work has been time-intensive in part because of necessary inspections of large amounts of data retrieved from electronic devices.

The pharmacy board recently released dozens of pages of emails to the Tulsa World in response to an Open Records Act request. Included were screenshots of the same text conversation between the women that were leaked to NonDoc this summer. The discussions took place the weekend before the health board’s July 10 meeting about a framework for implementing the requirements of State Question 788, which voters approved June 26, legalizing medical marijuana in the state.

But crucial messages from that conversation don’t appear in the screenshots sent in two emails from Church’s state address to an external account at 12:49 p.m. and 12:50 p.m. July 17. The emails also went out within an hour of news breaking that Ezell would face criminal charges in a different incident.

Among the missing texts from Church’s state-issued cellphone include a message to Ezell on July 7 that said, “You get me a pharmacist in dispensary and then come to our office. I guarantee I can do more than u have now,” accompanied by an emoji winking and flashing its tongue. Also not present were negative comments Church made about an assistant attorney general who advised the pharmacy board.

Ezell resigned July 13, four days before being charged with emailing herself fake threats that expressed anger over how the Health Department handled medical marijuana emergency rules.

The pharmacy board said in a letter that it couldn’t provide other information requested from Church’s business or personal cellphones because it does not have and will not gain access to the data each contains.

Ezell’s attorney, Ed Blau, said after reviewing the documents that “my only explanation for this is that when news of my client being charged was breaking, Mrs. Church knew that her illegal activities would be discovered, and she was attempting to cover herself by deleting the incriminating ... messages she sent my client.”

“In addition to attempting to bribe my client, it appears she was also trying to illegally alter evidence,” he added.

Ezell advised against Church’s request for pharmacists in dispensaries during their texts and in the July 10 meeting. However, the health board — which other emails show sought legal advice from outside counsel in support of the amendment — voted to approve the measure anyway. The board reversed itself Aug. 1 after receiving a letter from Attorney General Mike Hunter indicating that the rule was an overstep of authority.

When asked for an explanation of why some texts had been deleted, Tracy Schumacher, Church’s attorney, said, “I have the emails where Chelsea was directed to do this by her employers, the Board.” A message from a World reporter requesting copies of those emails wasn’t returned.

The Enid News and Eagle reported Nov. 30 about emails it obtained which indicate that Church talked in January about bringing oversight of SQ 788 under her and the pharmacy board’s control if voters approved it. Church wrote that she wanted her agency to monitor dispensaries while the Oklahoma Bureau of Narcotics and Dangerous Drugs Control handled growers, according to the paper.

The Oklahoma Medical Marijuana Authority, under the state Health Department, is statutorily tasked with oversight of the state’s cannabis industry.

Church’s attorney said that “we remain firm in our position that Chelsea did not violate the law when acting on the directives of her employers to have rules promulgated to have a pharmacist in each dispensary.”

“What’s the first question you are asked when you go to a pharmacy to pick up a script?” Schumacher asked. ‘Do you have any questions or need to talk to the pharmacist about this medication?’ ”

When asked about the potentially incriminating messages Church appears to have deleted, Tanner said the OSBI is in possession of the full conversation and that law enforcement could consider the discrepancy between the two in its evaluation of the case.

Chip Paul, a board member of Oklahomans for Health, said he doesn’t believe it’s relevant why Church deleted the messages. Oklahomans for Health helped write SQ 788 and presented a proposed set of statutes this summer to a legislative working group assigned to evaluate medical marijuana.

Paul said he thinks it would be appropriate for the state multicounty grand jury to evaluate whether Church or any other government official involved in the rules process acted criminally.

A spokesman for the Attorney General’s Office, which oversees the grand jury, said Nov. 30 that the agency hadn’t yet received a formal request for the jury to hear evidence on the subject.

The Oklahoma State Board of Pharmacy provided a series of documents to the Tulsa World in response to an open records request. Among the items…