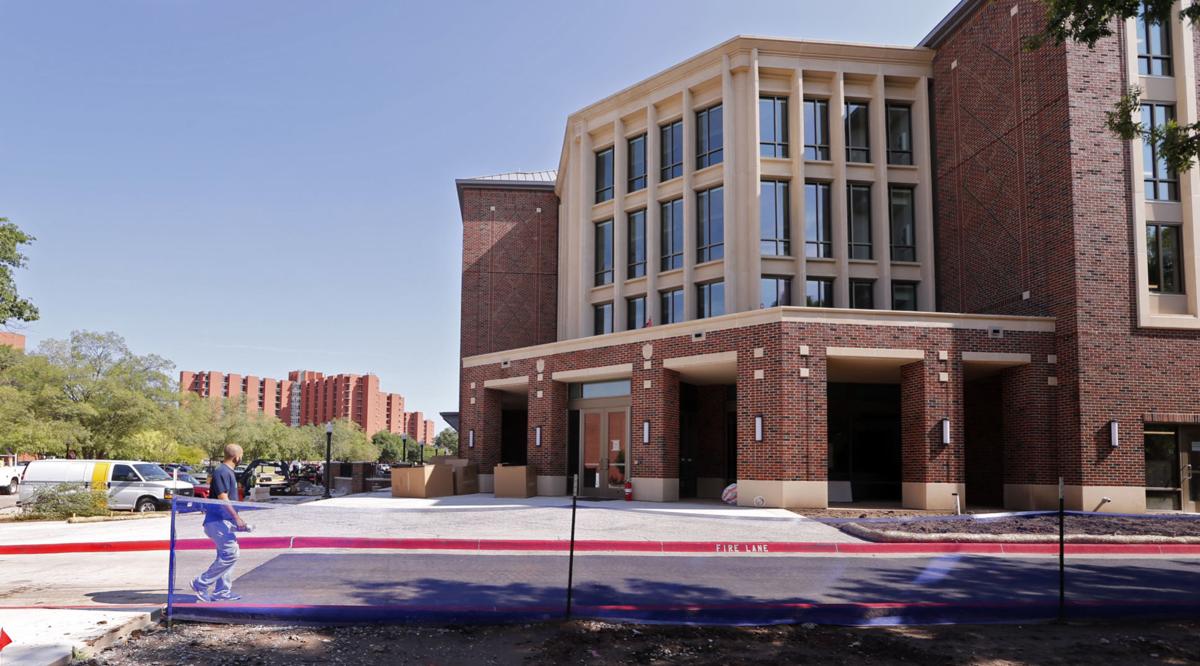 The student housing facilities at Cross Village residence hall are at the center of a dispute between the University of Oklahoma and its development partners. STEVE SISNEY/The Oklahoman 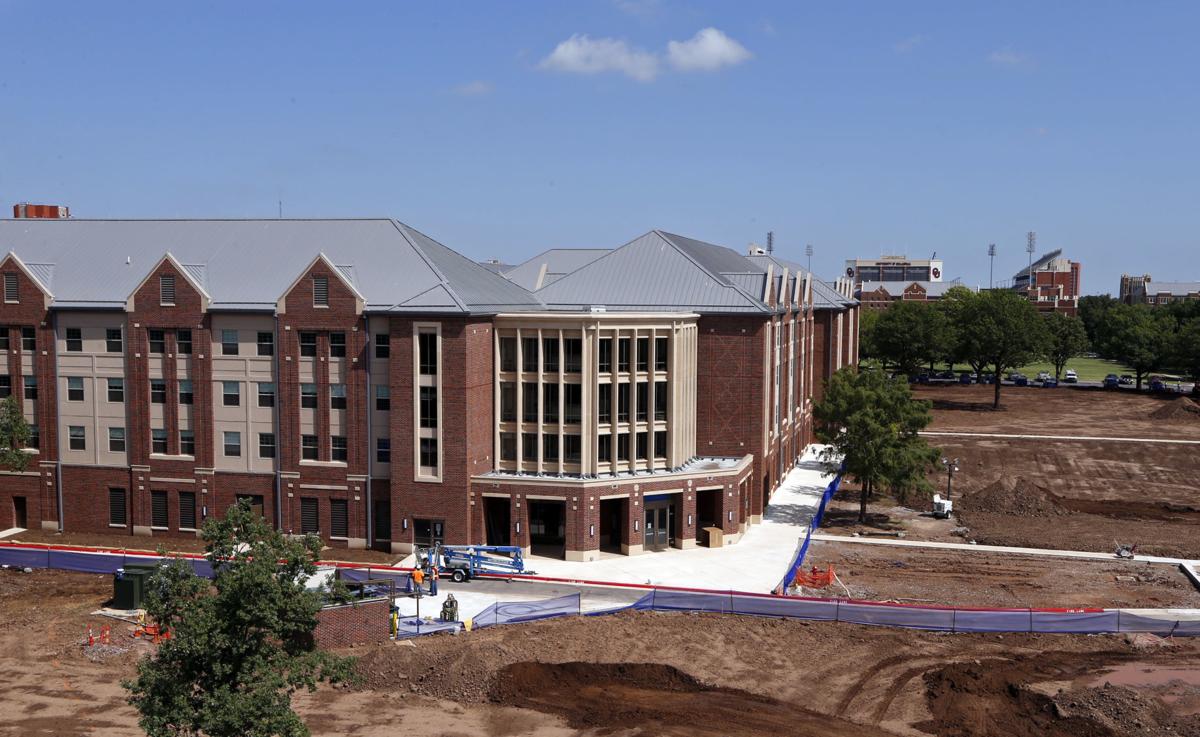 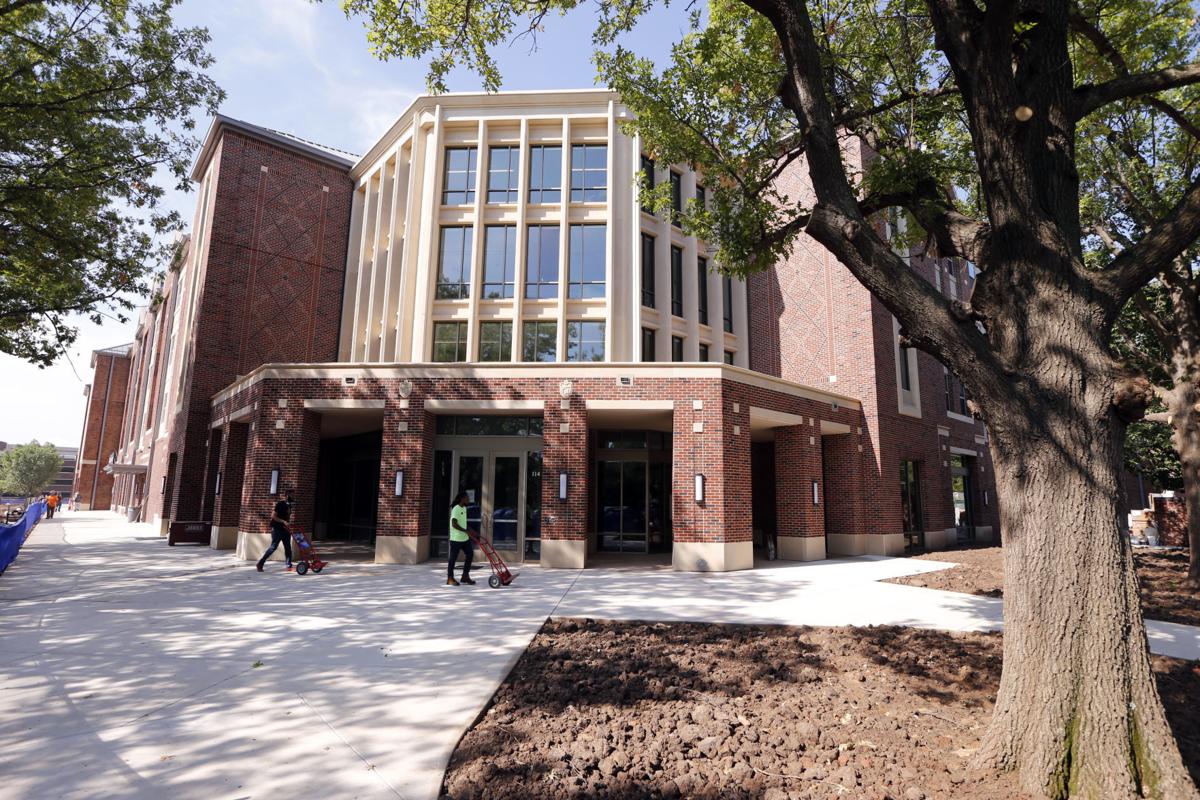 The student housing facilities at Cross Village residence hall are at the center of a dispute between the University of Oklahoma and its development partners. STEVE SISNEY/The Oklahoman

A dispute between the University of Oklahoma and its partners in a campus housing development has drawn in two hard-hitting law firms from opposite ends of the country and could have long-term implications for OU, the state of Oklahoma and public financing nationally.

It’s a complicated story, one in which lawyers from Los Angeles and New York call each other liars long distance and threaten multimillion-dollar lawsuits because a new residential complex called Cross Village sits mostly empty on the south side of the OU campus.

At stake are more than $250 million in bonds issued through a state trust, the Oklahoma Development Financing Authority, or ODFA. Neither the state nor the university are legally responsible for the debt, but OU’s partners argue the university’s — and the state’s — credit and reputations could be significantly damaged if what they call a “moral obligation” to investors, amounting to about $7 million a year, is not met.

OU and the top credit analyst for the state say they disagree; last week, the rating agency S&P Global issued a report keeping the university’s long-term debt rating at A+.

But in mid-September, S&P downgraded the Cross bonds for a second time, to CC negative — meaning S&P considers default “a virtual certainty.”

The situation has raised quiet concerns throughout state government. Oklahoma has about $2 billion in so-called “moral obligation” debt, and while structured differently than the OU bonds, such instruments finance everything from the state’s highways to the renovation of the state Capitol. All of these bonds rest on the assumption that the state will continue meeting financial obligations it cannot by law enter into formally.

“We are monitoring the situation at the university closely,” said Andrew Messer, deputy treasurer for policy and debt management and state bond adviser, last month. “We are confident the situation will not impact the state’s credit rating. A decision has been made that may have implications for the university, though.”

Broadly speaking, the partners say OU is not doing all it can to make the project succeed, and may even be hoping it fails. Specifically, they say the university has made Cross Village financially unsustainable by reneging on an informal agreement to pay $7 million a year through a complicated lease arrangement.

OU denies the charges, and says it was well within its legal rights when it chose not to renew two leases in July.

“The university has failed to honor its commitments,” insisted Steve Hicks, whose nonprofit company partnered with OU on the Cross Village project.

Without the $7 million, and given Cross Village’s low occupancy, the project will not be able to meet its debt service payments.

OU says that’s not its problem.

“Our experience with the leases was not what we had hoped,” said OU General Counsel Anil Gollahalli. “We decided the solution was not to subsidize a private company with $7 million a year in taxpayer money.”

The saga began in 2012, when OU initiated a study of its student housing. Citing studies indicating students who live on campus have higher graduation rates than those who don’t, the university administration — led by then-President David Boren — sought to upgrade housing for non-freshman, who in most cases are required to live on-campus.

Two residential colleges — a format favored by several upper-tier universities and long a goal of Boren’s — opened in 2017. In the meantime, OU entered into an agreement with Hicks’ company, Louisiana-based Provident Resources, to create Provident Oklahoma Education Resources Inc., or PORE, to develop and manage Cross Village.

RBC Capital Markets of Baltimore came aboard as the bond underwriter.

Under the terms of the agreement, OU would lease the 10.5 acres on which Cross Village sits to PORE, which would own the buildings themselves.

Plans called for four four-story buildings with 1,200 beds in 1-, 2- and 4-bedroom configurations. Also included were 40,000 square feet of commercial and “flex” space and 1,000 parking spaces. As part of the deal, OU received the rent from the land lease — $20 million — up front.

According to Hicks, land lease rents for such projects are usually paid annually, but Provident went along with the front-loaded payout “because of the financial plight of the university.”

OU has been in a cash bind for several years due to a series of events, including lower than expected occupancy rates in the new residential colleges and sharp reductions in state appropriations.

Also as part of the deal, OU negotiated leases for Cross Village’s commercial space and parking, with the intention of recouping at least part of the $7 million payment through rent and parking licenses.

OU’s partners, though, say it was understood that the payments would be an annual obligation to insure the project could meet its bond payments. According to the bond prospectus, those payments are $6.5 million this year but rise to $13.6 million in 2020 and to $15.7 million in 2029, and remain that much until the bonds are paid off in 2057.

In a Sept. 6 letter, David Dubrow, a New York attorney representing bond trustee UMB Bank, says the university “assured investors that even though the leases for the commercial space and parking were renewable on an annual basis, the University intended to lease all of the commercial and parking spaces for the life of the bonds ...”

State entities cannot enter multi-year obligations without voter approval, though, which is why the leases and bond documents say the agreements are subject to annual renewal.

In a reply to Dubrow’s letter, dated Sept. 10, Los Angeles attorney Molly Stephens, speaking for OU, says the university “broke no promise.” She goes on to state other assertions in the letter are “a flat-out lie” and accuses Dubrow of ethical misconduct because he leaked the Sept. 6 letter to the Wall Street Journal and other financial publications.

Stephens says the letter was “replete with patently false, misleading, and disparaging comments,” which were published in stories derogatory to the university.

Dubrow, in his Sept. 6 letter, threatens litigation; Stephens, in her response, says bring it on. Both demand preservation of documents related to Cross Village.

On Sept. 30, Provident’s Hicks sent OU an Open Records Act request demanding documents related to the Cross Center. The request suggests Provident is willing to pull influential people outside the university into the fray, and can be interpreted as either an attempt to gain leverage in negotiations or dig up ammunition for a court fight, or both.

Cross Village opened in the middle of 2018; at about the same time Boren, the development’s biggest advocate, departed. Whether that made a difference in Cross Village’s struggles is debatable, but Boren’s successor, Jim Gallogly, made no secret of his disdain for it.

The apartments, ranging from 300 to 875 square feet and renting for as much as $30,000 (split four ways) per school year, did not find much of a market. Occupancy has never exceeded 35 percent, and the commercial space is almost empty. OU says it brought in only $40,000 from its $7 million investment during the first year of Cross Village’s operation.

Even after Gallogly abruptly left the university earlier this year, OU continued to look for ways out of the deal.

“The numbers are the numbers, regardless of who’s in charge,” said Gollahalli, the OU general counsel.

Gollahalli said OU wants Cross Village to succeed, but that it “just hasn’t been hitting the target.”

Hicks said it hasn’t been hitting the target because OU is aiming at the wrong one.

“(Cross) was designed to be freshman or sophomore housing,” he said.

In an April 25 letter to the university, Hicks complained that the two residential colleges, Headington and Dunham halls, were being opened to freshman while Cross Village was not.

“This decision is a substantial and apparently intentional abridgment of the terms of the Cross Village development,” he wrote.

According to Hicks, the ground lease that provided OU $20 million up front specified that the residential colleges and Cross “were to be treated on an equal basis regarding the mix of targeted tenants ...”

Hicks’ Sept. 30 open records request includes documents related to that decision as well as the decision to include full kitchens in the apartments as recommended by a market study included in the bond prospectus.

Kennedy’s company KCT was a consultant on the development.

Underlying Provident’s and Dubrow’s line of attack is the suggestion that OU wants Cross Village to fail so that it can buy up the discounted bonds at a fraction of their face value.

Such a ploy has been rumored since last winter.

In his Sept. 6 letter, Dubrow says “reliable sources” have told him “the University’s strategy is to drag things out until it can get ownership of the Project at pennies on the dollar.”

“Nothing can be further from the truth,” she wrote to Dubrow. “No University official has ever expressed a desire to take over Cross. To the contrary, the University has been consistent that it supports Cross and wants to see it succeed.”