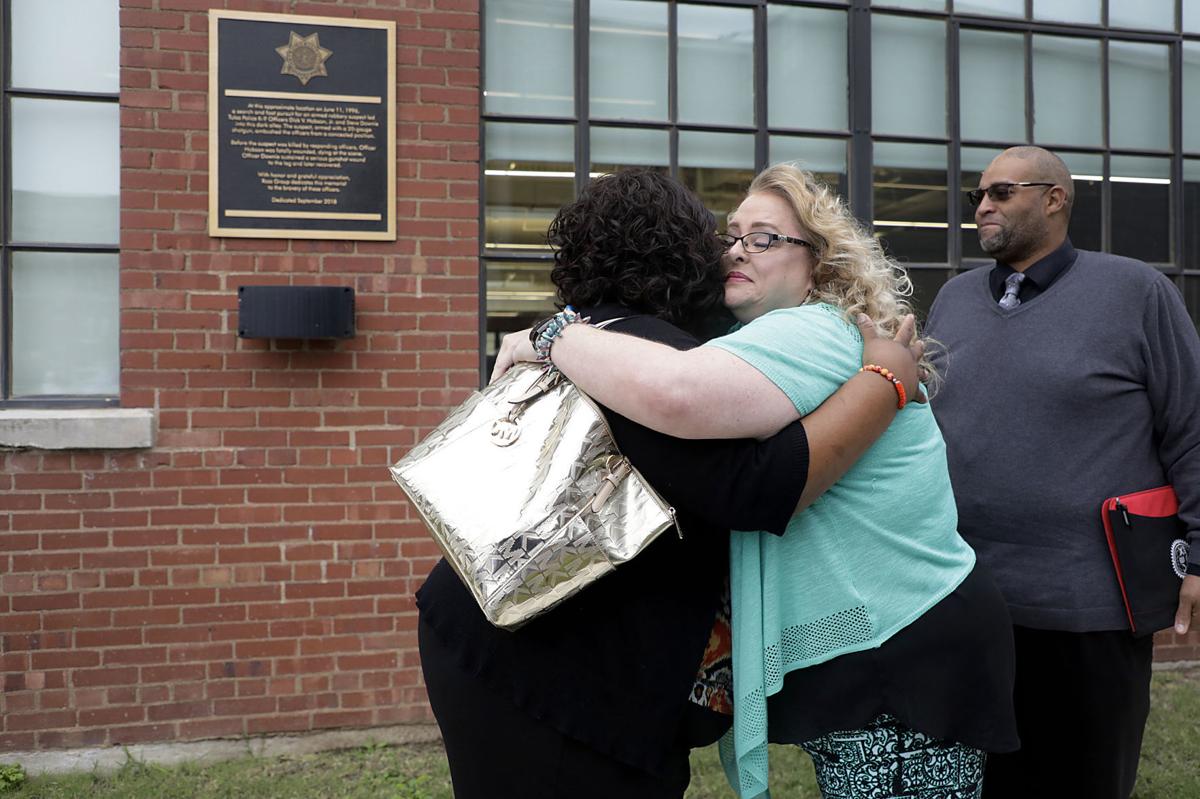 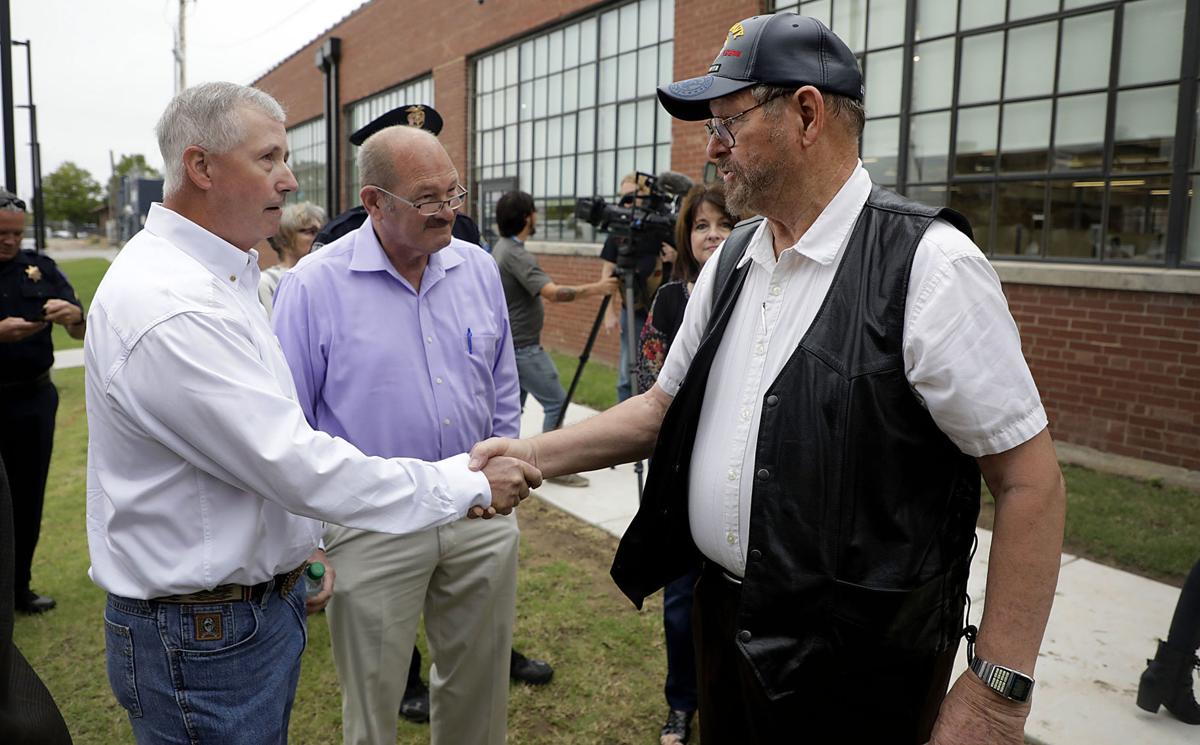 Norman Hobson (right), brother of fallen Tulsa police officer Dick Hobson, shakes hands with retired police officer Steve Downie at the site where Hobson was killed 22 years ago. Downie, who retired from the force in 2006, was with Hobson that night and was also shot. A ceremony presented a plaque commemorating the night. MIKE SIMONS/Tulsa World 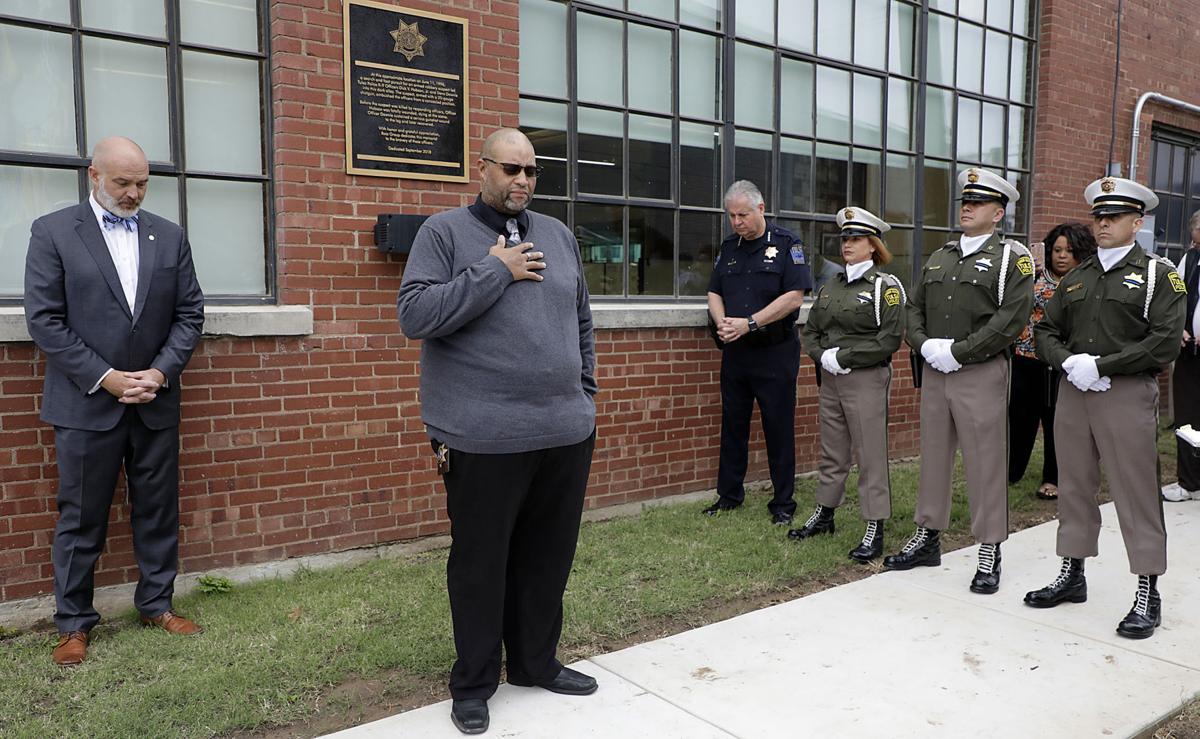 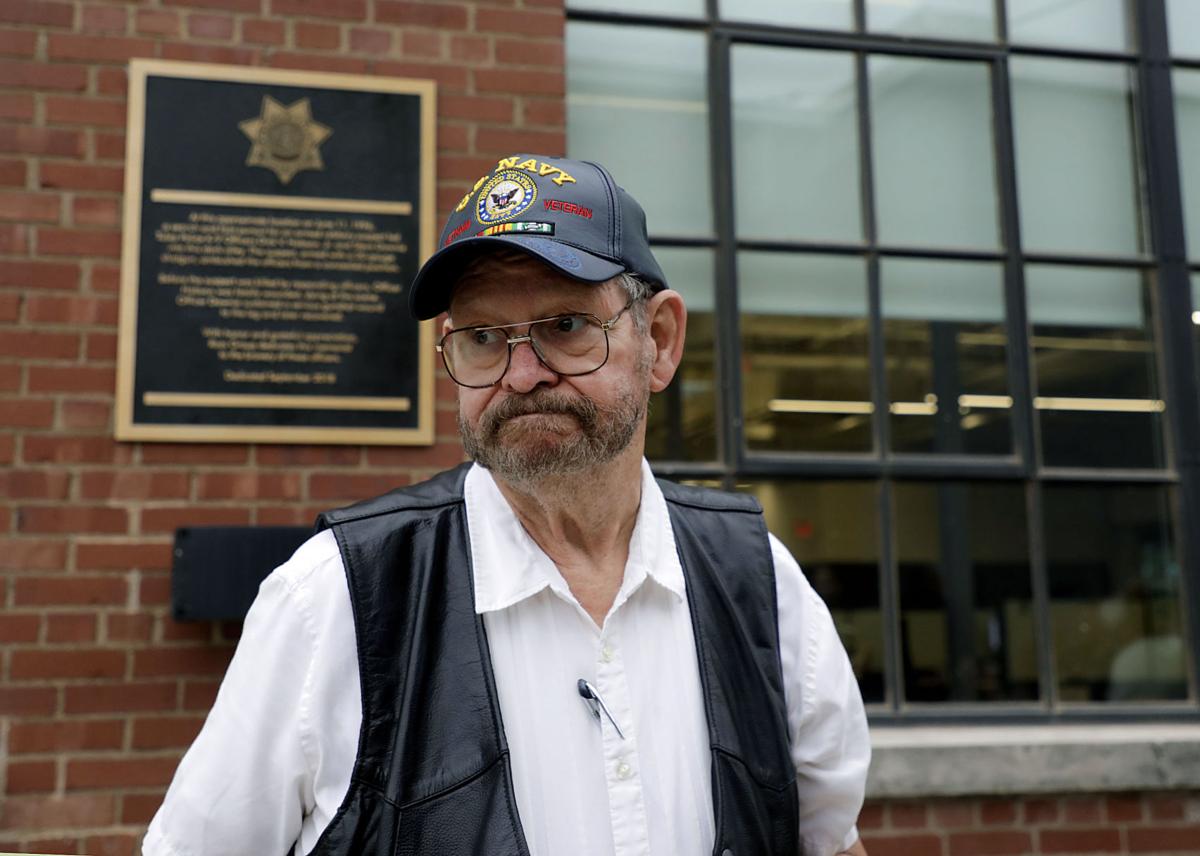 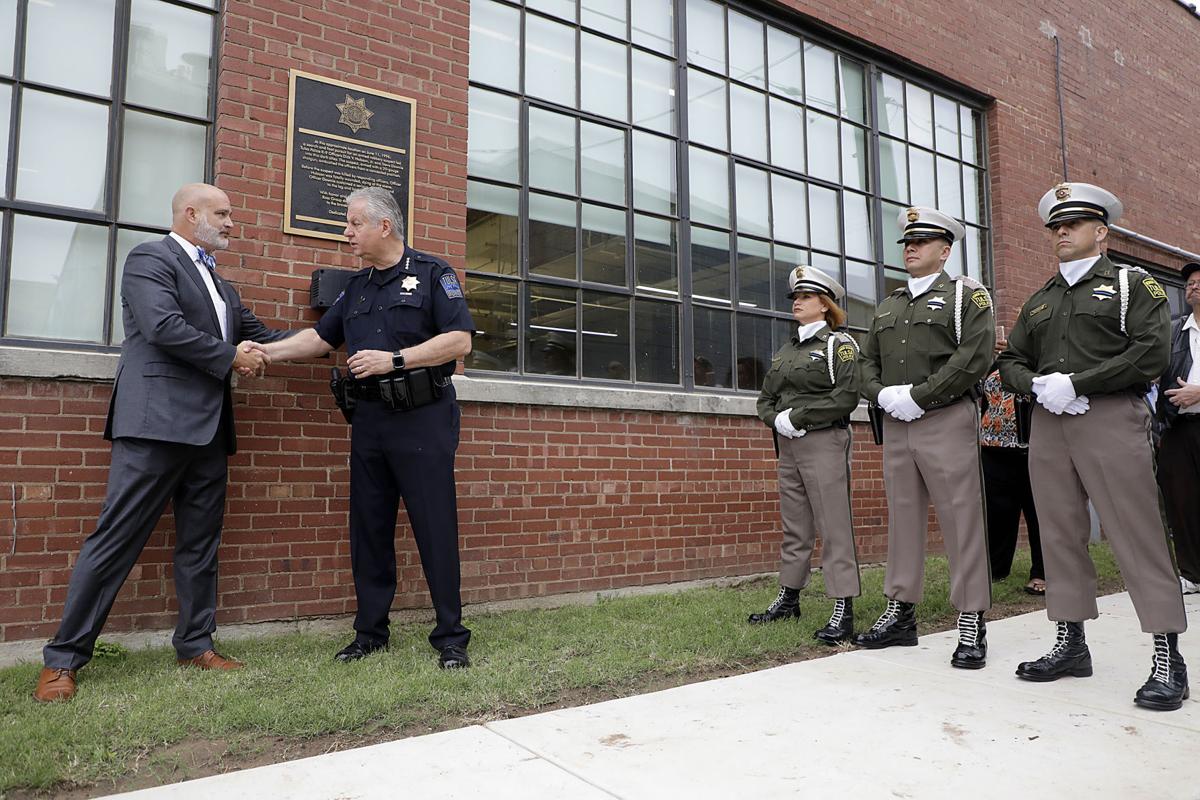 Norman Hobson (right), brother of fallen Tulsa police officer Dick Hobson, shakes hands with retired police officer Steve Downie at the site where Hobson was killed 22 years ago. Downie, who retired from the force in 2006, was with Hobson that night and was also shot. A ceremony presented a plaque commemorating the night. MIKE SIMONS/Tulsa World

Officers Steve Downie and Dick Hobson were chasing an armed robbery suspect. They had a K-9, they wore their vests, they shined a light down the dark alley and saw nothing. There was a lot of cover, a lot of places to hide. They were prepared, they went in, and they were ambushed.

None of the three men came out unharmed. Both officers were rushed to the hospital, where Hobson hung on for some time. Only Downie survived the incident, despite the point-blank shotgun blast to his leg.

“The actual shooting part, that doesn’t bother me any more. Dick not being here, that bothers me,” Downie said. “Stuff like that you don’t get over. Hobson’s family, they’re still paying a big price, and they’ll be paying a price until they die.”

Monday, more than 22 years after the ambush, City Councilor Ben Kimbro introduced a new plaque at the site where the alley once was to commemorate Downie and Hobson.

The plaque is attached to the side of the Ross Group construction company building, facing the site where the alley once was, near Second Street and Greenwood Avenue downtown.

Kimbro works at the Ross Group and had never realized that his office was sitting next to where the shootout had happened. He learned from a friend in TPD, he said, and following that conversation he got the ball rolling on installing the plaque.

Dozens of Tulsa police officers were in attendance, as was Downie and much of Hobson’s family.

“It’s changed a lot. It’s a different world from what it was,” Downie said.

The plaque will be good for Hobson’s family, Downie said. To be remembered after two decades means a lot. Hobson’s daughter seems to think so.

“It feels no different 22 years later than the day it happened,” Jericho Hobson said. “I’m appreciative that 22 years later it’s still on peoples minds, that his legacy lives on.”

“What’s most important to me is that after 22 years, he is the last Tulsa officer lost, that there are no more names on that list,” she said.

June 11, 1996, Dick Hobson was the last Tulsa police officer to fall in the line of duty. TPD Officer Gus Spanos was killed in the line of duty three years earlier during a traffic stop. Prior to that, 37 TPD officers were killed on the job since 1917.

Deserved or not, Downie places some of the blame on himself. Going down the alley was his call, he said, not Hobson’s.

After he recovered, Downie spent another 10 years with TPD. Things were tougher without Hobson, he said, and depression clung to him for a long time.

He retired in 2006. On Monday morning, many familiar faces greeted him, shook his hand and asked him what he has been doing these days.

Nice as it is to see fellow officers, he has little interest left in policing these days.

“I’m done chasing, there’s nothing in the tank anymore. It’s purged from my system,” Downie said. “I just try to stay well.”