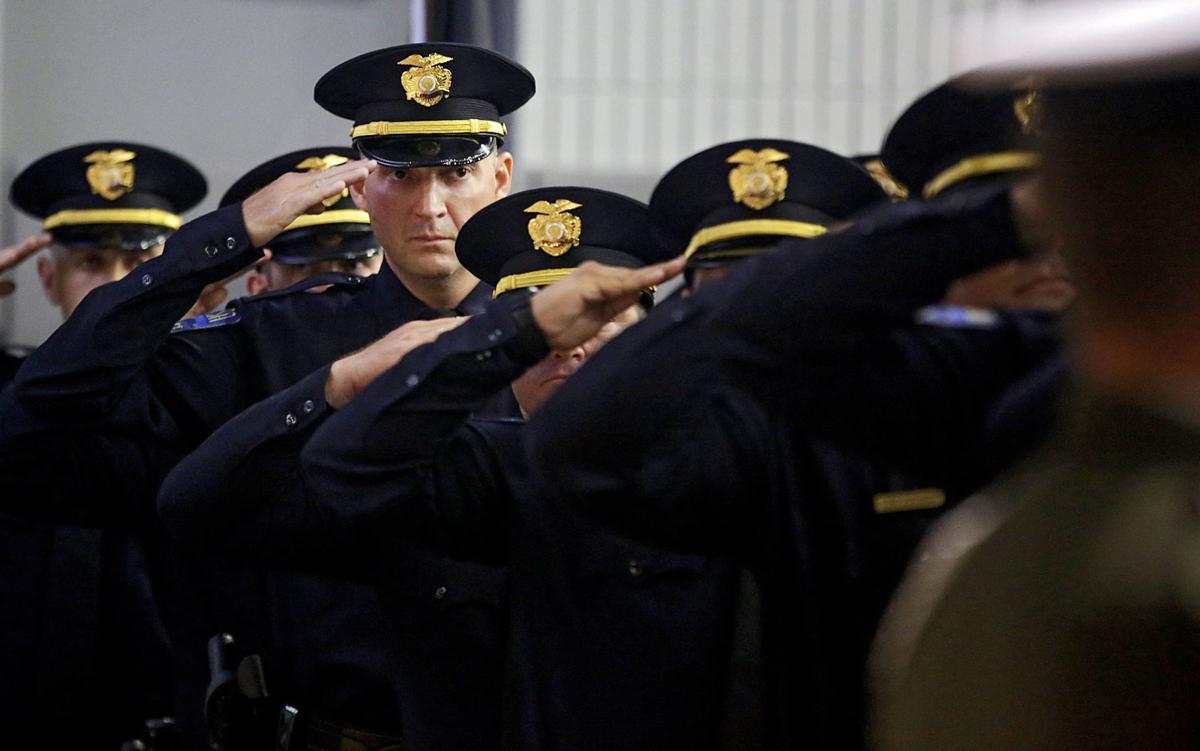 Tulsa Police Officer Wayne Brown, who was a recent academy graduate, was fired after several social media posts referencing waterboarding and anti-Islamic sentiments were discovered on his personal Facebook page.

Tulsa Police Officer Wayne Brown, who was a recent academy graduate, was fired after several social media posts referencing waterboarding and anti-Islamic sentiments were discovered on his personal Facebook page.

A Tulsa police officer was fired Wednesday morning, barely a month after graduating from the academy, after the Police Department learned of his past social media posts in support of waterboarding as an interrogation technique and expressing anti-government and anti-Islamic sentiments.

Police Chief Chuck Jordan “immediately ordered internal affairs to open an investigation, and within 1 hour and 15 minutes of receiving the complaint, the officer was terminated,” Tuell said in a statement.

Brown was one of 25 cadets who graduated from the Tulsa Police Academy last month. Though listed as Wayne Brown in the graduation program, Brown used the name “Duke Brown” on Facebook.

Marq Lewis, a community activist with We the People Oklahoma, posted screenshots of Brown’s personal page to his own Facebook account Wednesday morning.

Brown’s Facebook page has since been either deleted or made private. Tuell said Jordan determined that the posts violated department policy and necessitated Brown’s firing.

Screenshots show that Brown shared posts in 2013 from the “Oklahoma Volunteer Militia” that supported the Three Percenters movement, a group described by the Southern Poverty Law Center as loosely organized gun owners “who vow to resist gun control laws with force if necessary.”

In another post, Brown shared a meme of a bald eagle in front of an American flag with the caption: “Waterboarding is when we baptize the terrorists with freedom.”

Brown also shared another meme featuring a clenched fist with the caption, “Pledge to my family, flag and country, when the day comes I will fight to my last breath before I submit to Islam.”

Although Brown has been fired, Tuell said the internal investigation of the incident, including Brown’s recruitment to the agency, remains open.