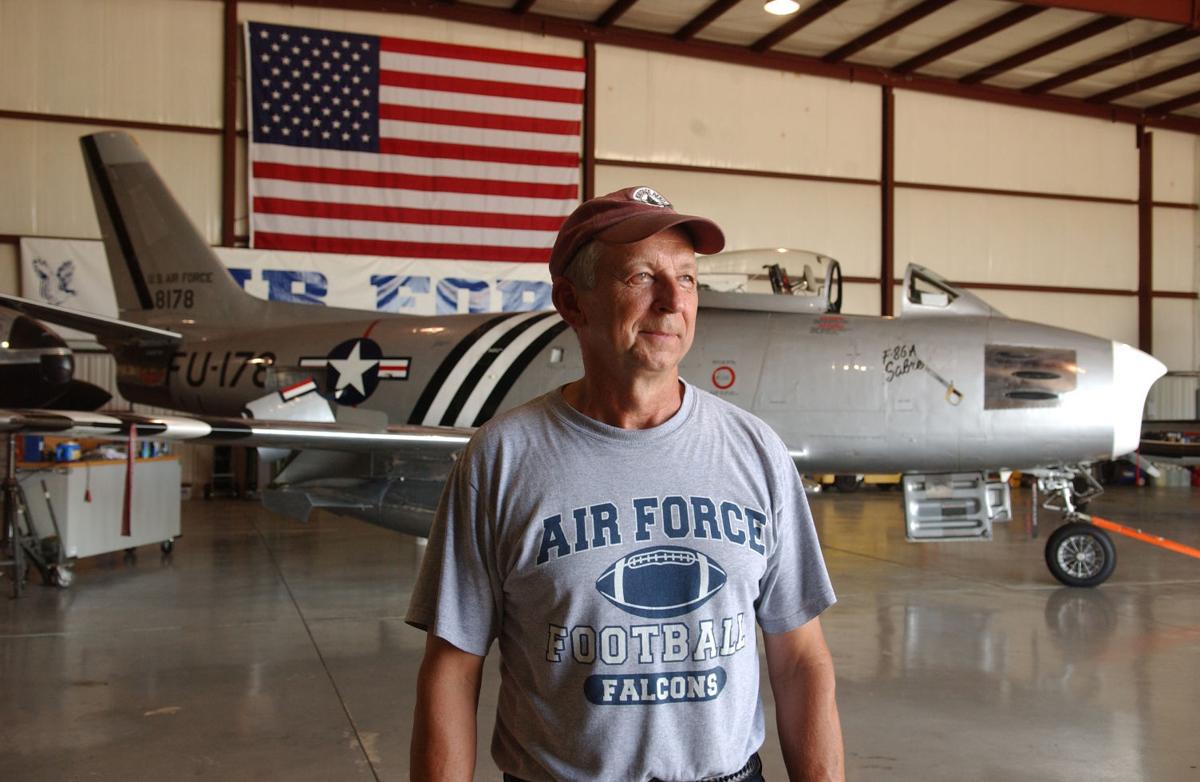 Dr. John Swartz stands in front of his F-86A Sabre fighter jet in Grove. Built in 1948, it is the world’s oldest flyable jet. Gary Crow/For the Tulsa World 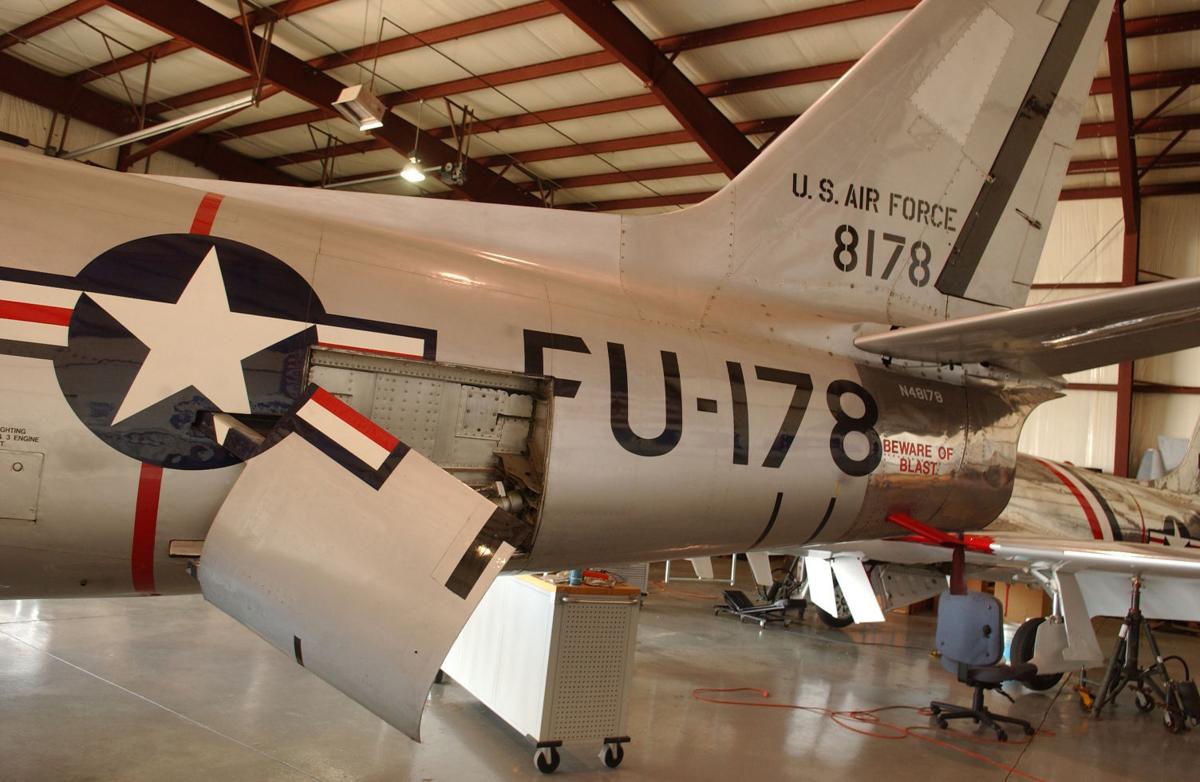 This is the tail section of Swartz’s F-86A Sabre fighter jet, one of two jets that are airworthy. Gary Crow/For the Tulsa World 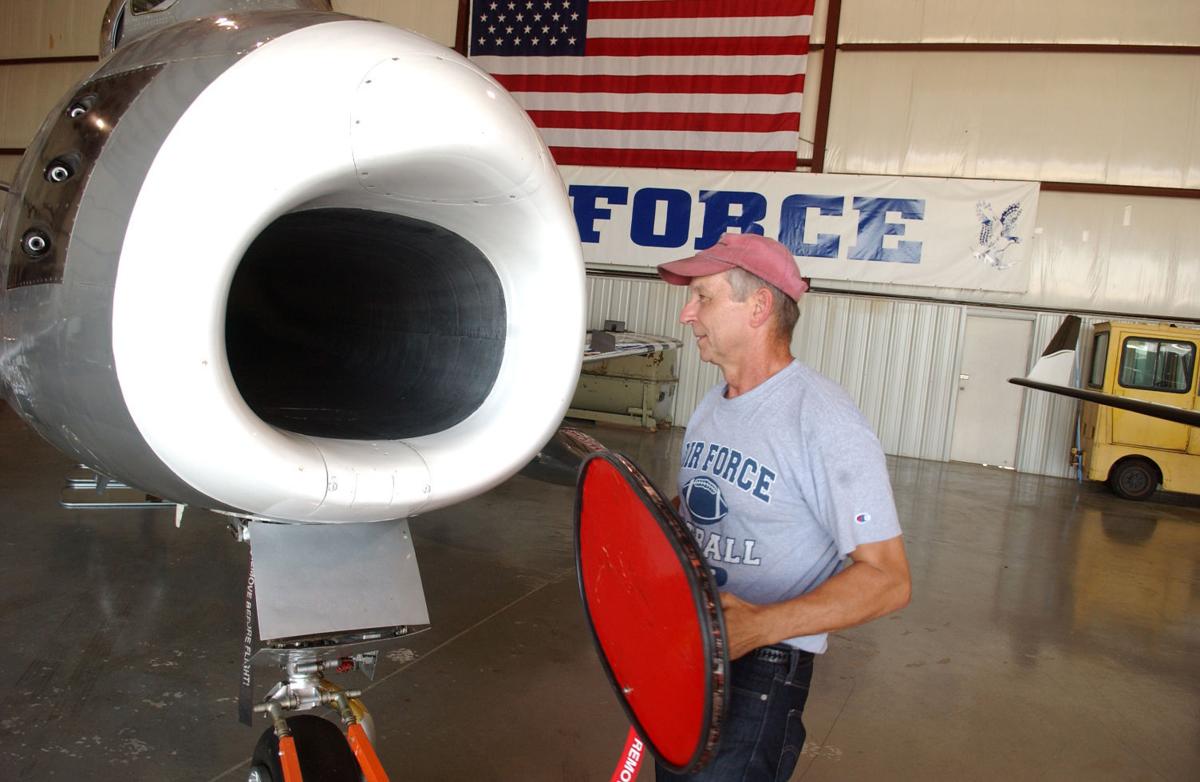 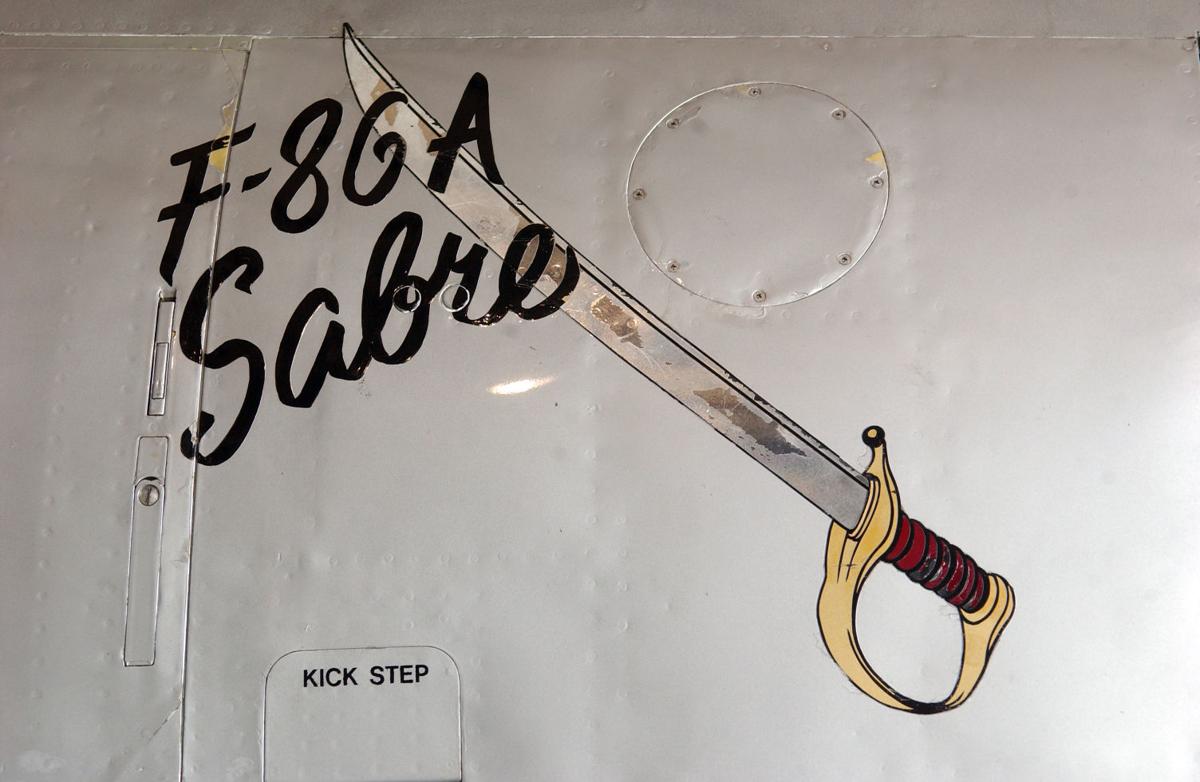 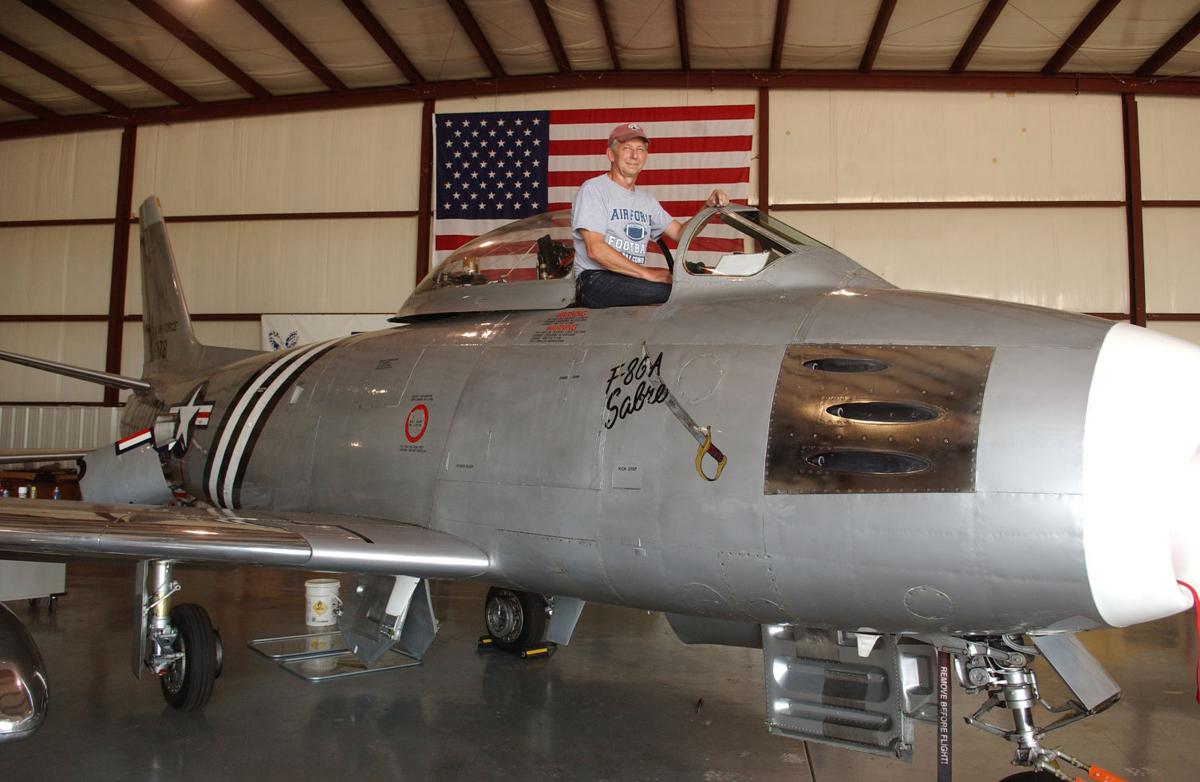 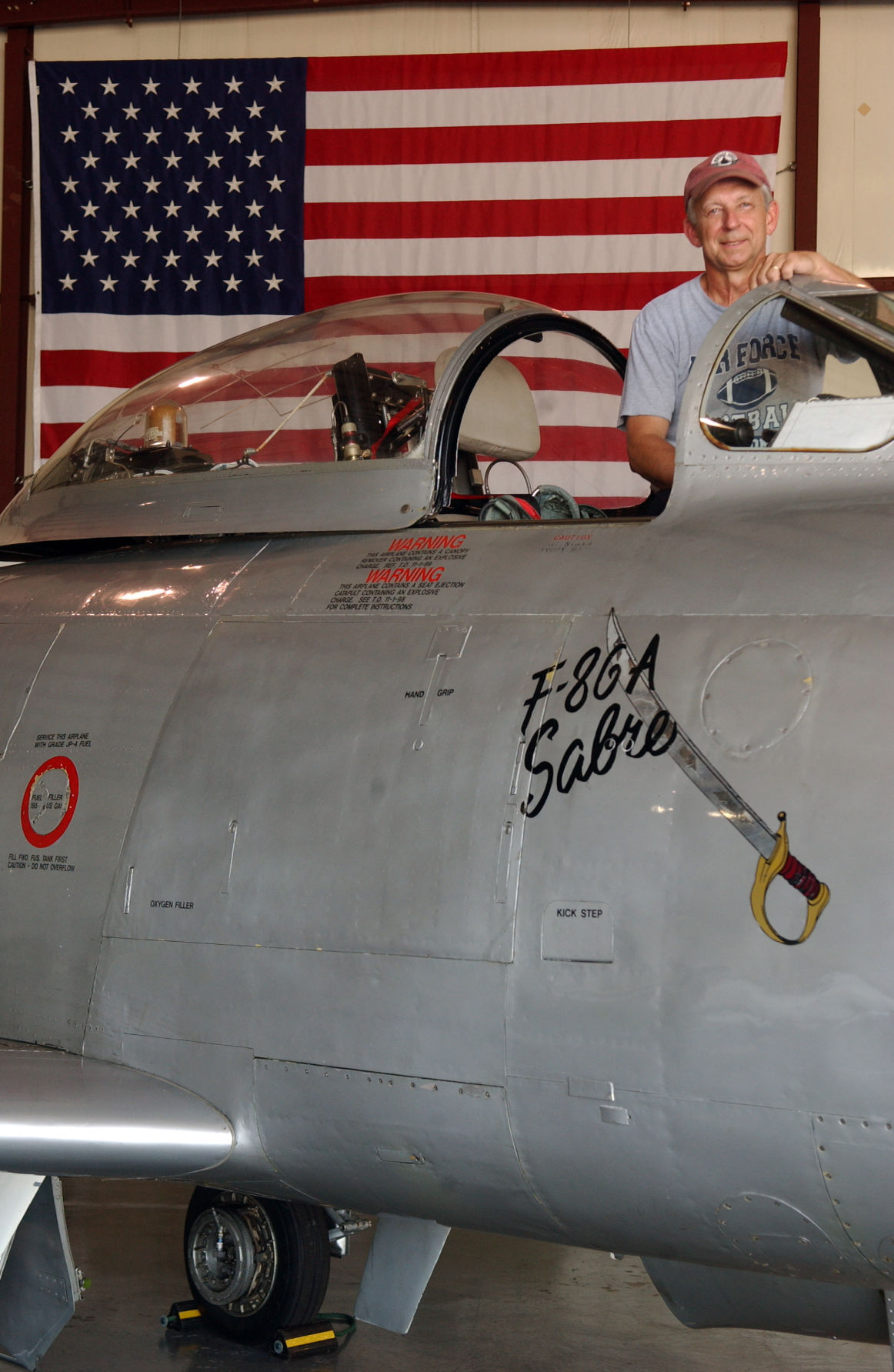 Dr. John Swartz stands in front of his F-86A Sabre fighter jet in Grove. Built in 1948, it is the world’s oldest flyable jet. Gary Crow/For the Tulsa World

This is the tail section of Swartz’s F-86A Sabre fighter jet, one of two jets that are airworthy. Gary Crow/For the Tulsa World

GROVE — Growing up surrounded by Pennsylvania steel mills during the 1960s, the only thing Dr. John Swartz wanted to do was fly a jet.

Swartz is a distinguished and respected cardiologist at Freeman Hospital in Joplin, Missouri.

He own 18 patents related to his work in the treatment of abnormal heart rhythm.

When he isn’t holding a patient’s heart in his hand, he is holding a monkey wrench at his hangar located at the Grove Regional Airport where he has parked three military jets — two T-33 Trainers and an F-86A Sabre.

The F-86A Sabre is one of only two of the jets that are airworthy, according to Federal Aviation Administration records.

Now Swartz is becoming sort of an local legend, flying his jets at area airplane shows. This Independence Day holiday Swartz is flying in the Grove, Duck Creek and Monkey Island fireworks celebrations.

“When I retire I expect to do a lot of airshows,” Swartz said. “The goal is to maintain and be a good steward of them (military aircraft). They represent a significant part of our nation’s military history.”

Swartz said his most memorable flyover was in 2013 at his son, Corey’s, graduation from the U.S. Air Force Academy.

“Most of them were basket cases,” Swartz said. “They were very close to be scrapped.”

One T-33 jet was located in Wilmington, North Carolina, and the other jet was found in Rockford, Illinois. The F-86A was grounded in Duxford, England.

The F-86A required some extensive repairs and took around six months to restore, he said.

“Most of the time was spent satisfying the paperwork of government agencies,” Swartz said.

The T-33s were complete rebuilds and took about three years to restore because the engines were disassembled and then reassembled, he said.

Swartz enlisted Heritage Aero Inc. for the job, and he worked alongside the mechanics during the restoration process. The Rockford, Illinois-based company services most military aircraft that is now owned by the public.

Without looking at notes, Swartz can fire off the details of each jet’s background.

The F-86A was built in 1948, flew its first mission in the spring of 1949 and was retired in 1958. The jet was grounded for several years at various technical schools before landing in a Fresno, Calfornia, junkyard where it was bought and restored then sold and became part of the England Air Show circuit for 20 years. The jet was eventually retired due to the difficulties in maintaining the aircraft. Swartz took ownership of the jet in 2014.

The F-86 uses between 450 and 500 gallons of jet fuel per hour and can break the sound barrier.

“I am not allowed to do that,” Swartz said.

One T-33 was used at Wright-Patterson Air Force Base in Ohio from 1956 to 1967. NASA used it as a shuttle for Mercury, Gemini and Apollo astronauts between Houston and Cape Canaveral before its retirement in 1976.

The other T-33 was transferred to Belgium in 1951 where it served as a training jet for the Belgium Air Force Base. It was returned to the United States and stored before being acquired by a Florida museum. Later, it changed hands many times. It sat on a ramp for many years, where it deteriorated. It was almost ready to be scrapped before Swartz stepped in.

The Grove airport encompasses more than 250 acres, she said.

“Dr. Swartz uses his own tractor with a bat wing and mows in between the taxiway and the runaway in his own time,” Jewett said. “He makes sure the airport’s grounds look like a golf course.”

Also parked in Swartz’s airport hangar is a 1956 T-Bird he is restoring in his spare time.