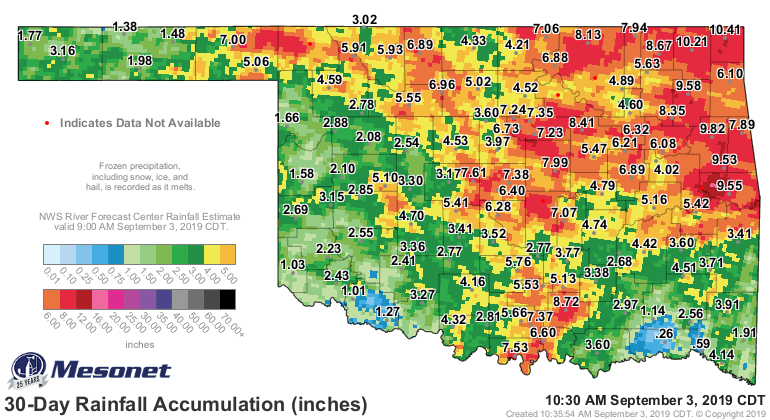 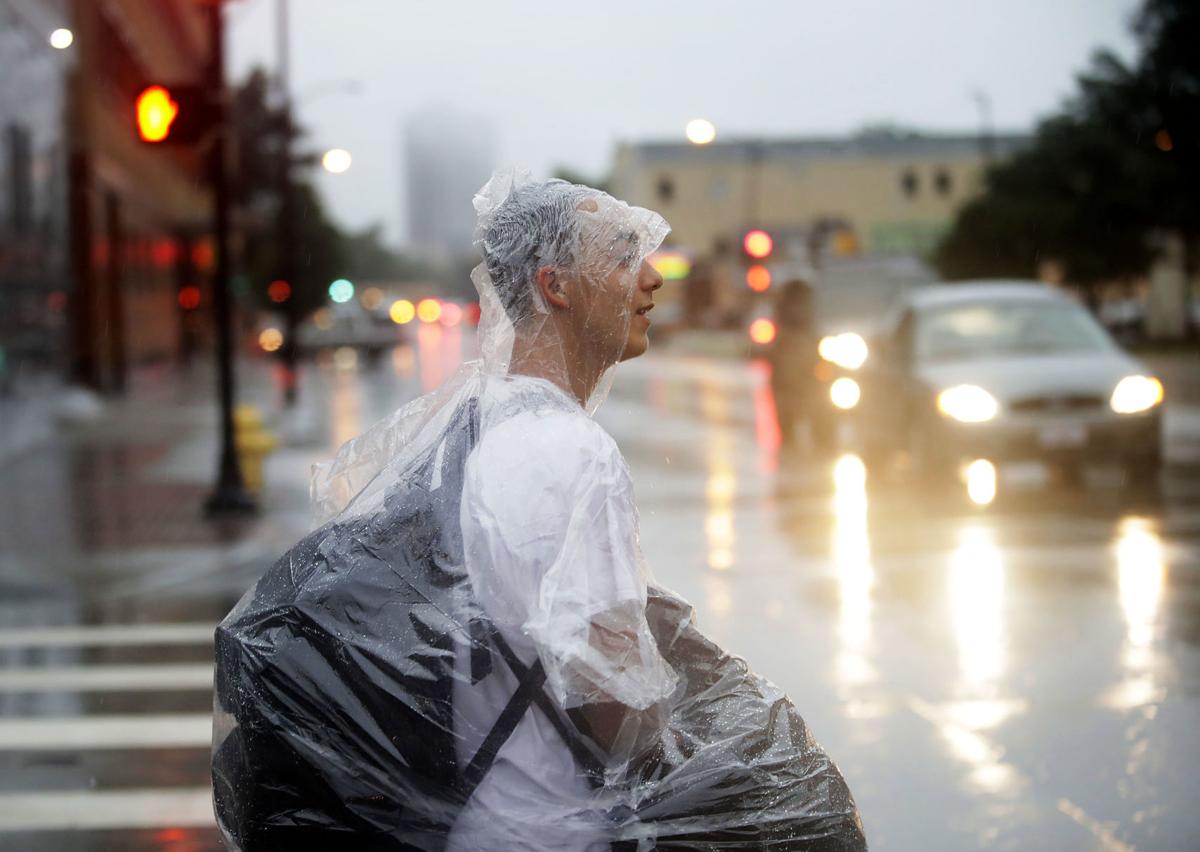 Northeastern Oklahoma experienced its wettest August on record with an average of 8.78 inches of rain — 5.54 inches above normal — the state climate agency said Tuesday.

“Northeastern Oklahoma was either lucky or unlucky, depending on how you look at it,” State Climatologist Gary McManus said by phone.

With torrential rains and massive flooding in May, the northeast also experienced its wettest January-through-August on record at 47.46 inches — 18.57 inches above normal — since records started in 1895, he said in his annual monthly summary from the Oklahoma Climatological Survey.

The totals are well above what Tulsa (42 inches) and nearby areas average in rainfall for the entire year.

Meanwhile, the state’s 138 documented tornadoes so far this year make it the second highest count since accurate records began in 1950.

“All it takes is one storm system to release a slew of tornadoes.

“I hope not, but we’ll just have to see what kind of an upper pattern we get.”

As recently reported, weather experts say there can be a secondary severe weather season in the fall in Oklahoma, though annual conditions can vary widely on the amount and intensity of storms.

“Oklahoma had over 100 tornadoes in May this year, the most on record,” McManus said. “When you have a big number like that it’s not that hard to start approaching the (annual) record.”

The two most recent tornadoes in Logan and Oklahoma counties occurred during a severe weather outbreak on Aug. 26, which also resulted in dozens of reports of hail and wind damage.

McManus said long-range forecasts indicate Oklahoma should be in a relatively dry period for at least the next week or so.

“When the next storm system comes through, we’ll have to see if the jet stream allows that to come through,” he said.

The three-month outlook for the region by the Climate Prediction Center shows Oklahoma with a 40% to 50% chance of having above-normal temperatures for September, October and November.

There are equal chances of having average, above- or below-normal precipitation, the center said.

Note: 2019 tallies, as of the end of the year, are included in these National Weather Service statistics, but this year's reports are still co…