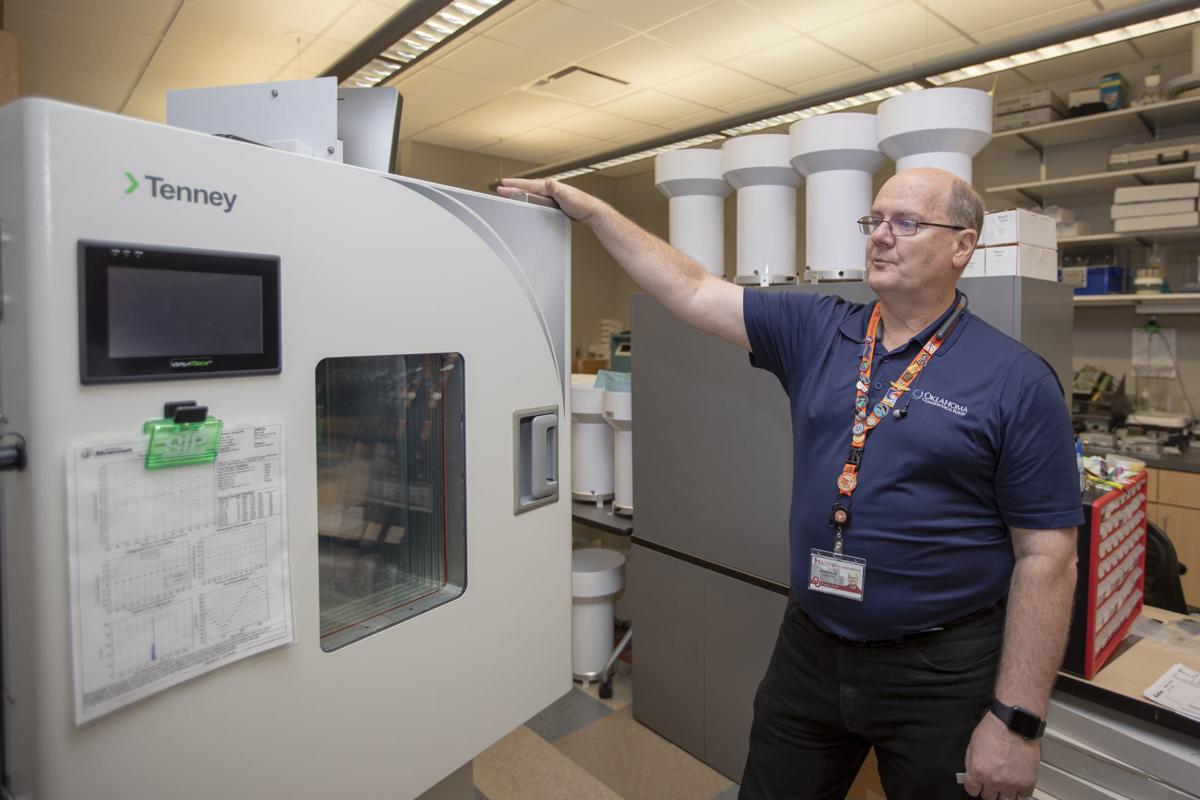 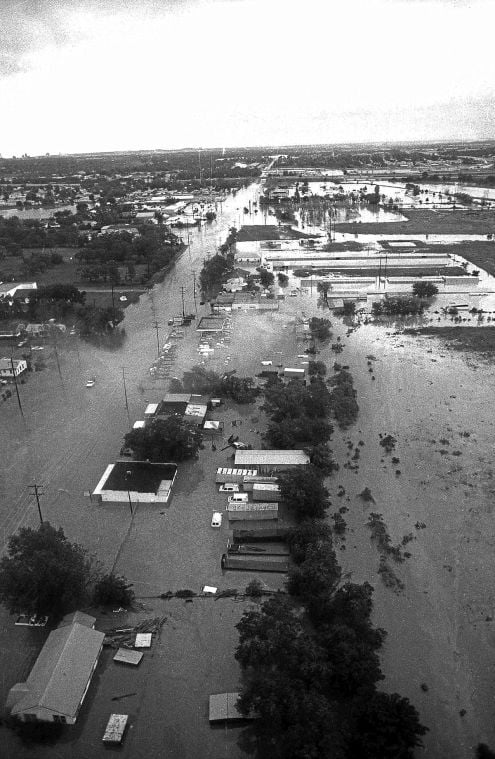 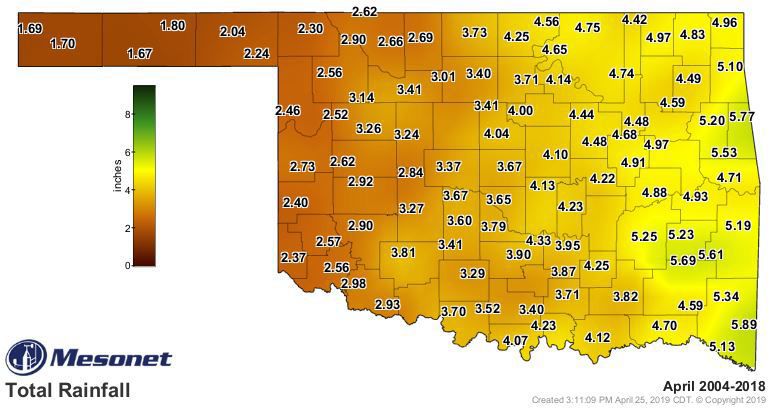 Average rainfall for April from 2004 to 2018. Courtesy Oklahoma Mesonet 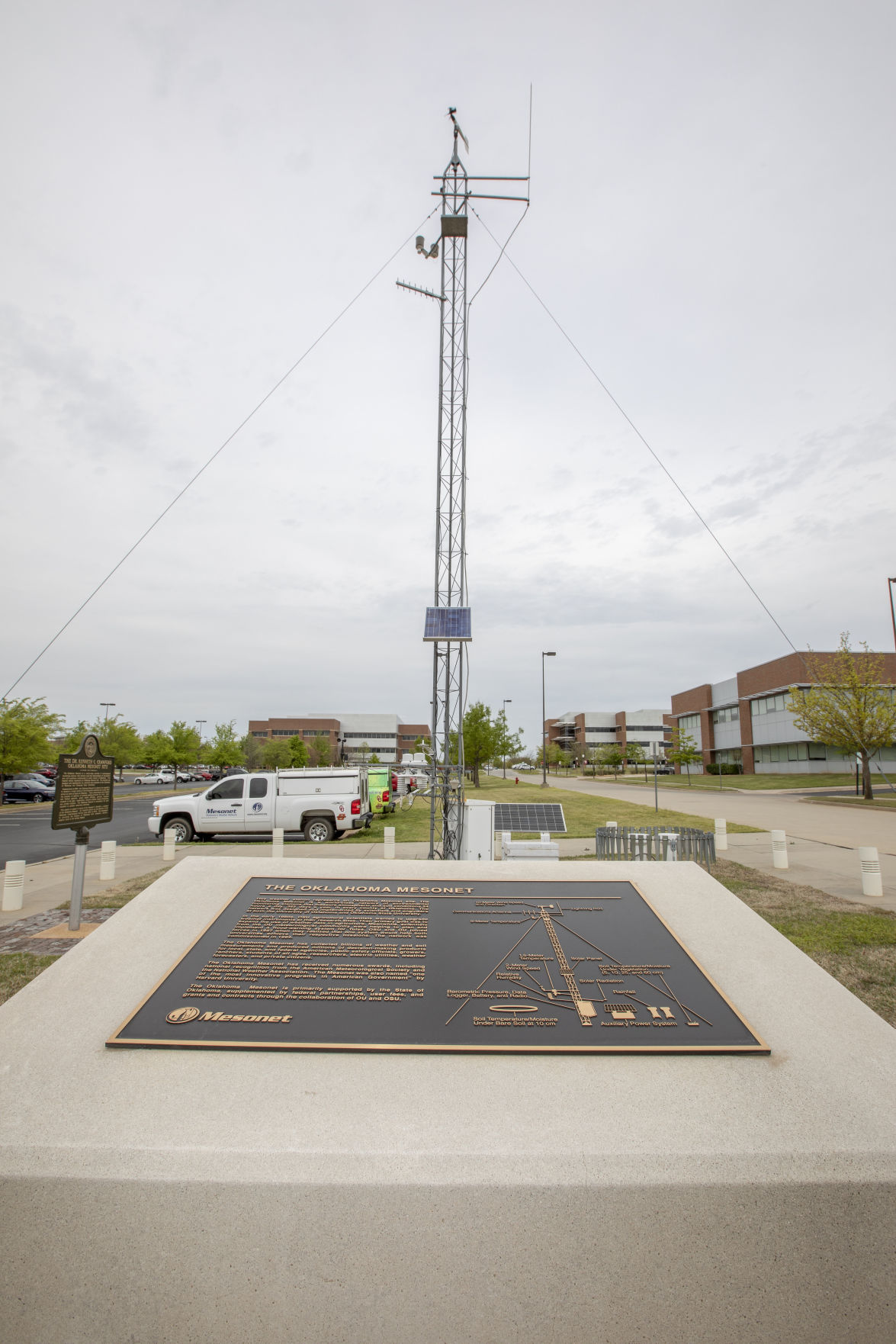 An Oklahoma Mesonet site at the National Weather Center in Norman, Okla. on Tuesday, April 16, 2019. Alonzo Adams for The Tulsa World.

Average rainfall for April from 2004 to 2018. Courtesy Oklahoma Mesonet

An Oklahoma Mesonet site at the National Weather Center in Norman, Okla. on Tuesday, April 16, 2019. Alonzo Adams for The Tulsa World.

Oklahoma Mesonet had roots in the 1984 Memorial weekend flooding

NORMAN — When a statewide weather network was being contemplated in the 1980s, one of the aims was to anticipate devastating floods such as the one that hit Tulsa in 1984, killing 14 people and causing $180 million in damage.

Few could have realized that network, now 25 years old, could also help prevent millions of dollars in property destruction from wildfires, be used by law enforcement in solving crimes and even help high school football coaches.

“There are a number of uses we could have never anticipated,” said Kevin Kloesel, director of the Oklahoma Climatological Survey, which operates the Oklahoma Mesonet.

The Mesonet was the first real-time, statewide weather-monitoring network in the country when it was commissioned Jan. 1, 1994.

It was designed by scientists at the University of Oklahoma and Oklahoma State University.

The network, with 120 stations — at least one in each of the state’s 77 counties — measures precipitation, air and soil temperatures, soil moisture, wind speeds, humidity, solar radiation, and other data every five minutes.

It was declared the “gold standard” for such weather-monitoring systems in 2009 by the National Research Council and has been copied in some form by 27 other states since its establishment.

As part of its 25th anniversary, OETA — the state’s public television network — will air a 30-minute documentary about the Mesonet several times in May.

“We use it for everything from identifying where the sensors are icing up and ice may be accumulating to where’s the dry line, where’s the front, to where are damaging wind gusts happening. It’s awesome.”

But the unanticipated applications include an estimated $95 million worth of infrastructure that was saved in just a single wildfire in western Oklahoma last year by firefighters using the network’s wind and humidity data.

“That’s the kind of thing that is going on with respect to integrating this type of infrastructure with the amazing things that our National Weather Service has at their disposal ... that a firefighter could use immediately,” Kloesel said.

“We had emergency and fire folks actually clearing and making fire breaks around Mesonet sites to keep (them) ... up and running, providing wind data to the firefighters while they were fighting fires.”

In addition, Kloesel said law enforcement agencies such as the Oklahoma State Bureau of Investigation have used the data.

“They might say, ‘I need that data in high detail during this period to prove or disprove an alibi.’

“So (there’s) the forensics of being able to use weather information for law enforcement.”

Another use of the data is by high school football coaches during August practices.

“Radiation measurements ... are incredibly important, not only from a standpoint of climate, but radiation is one of the big, huge factors when we look at heat illness,” Kloesel said.

“So we can develop easier-to-understand and easier-to-use heat metrics, particularly when we roll around to August football practices and two-a-days for all those high schools where we’re able to provide more details on what the heat risk is on any given day.

“It seems like every year we are finding new uses for what we have available.”

Offices for the network are located at the National Weather Center on OU’s south campus in Norman.

“That’s a thousand pieces of advancing the knowledge of science that are taking place with these data, and that’s the goal.”

“And we are looking at new sensors and new sensing strategies. Our team is always trying to be on the cutting edge.”

OETA, the state's public television network, will show a 30-minute documentary about the Oklahoma Mesonet on the following times and days: