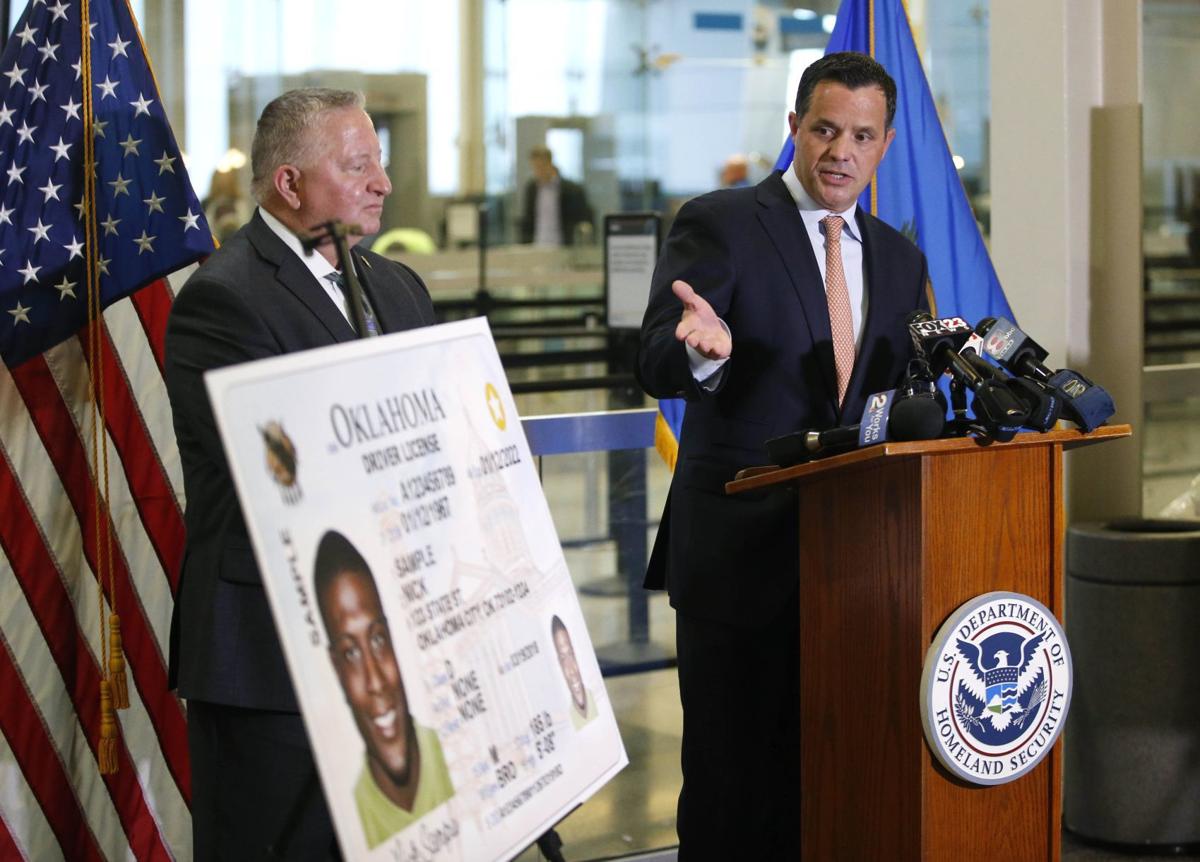 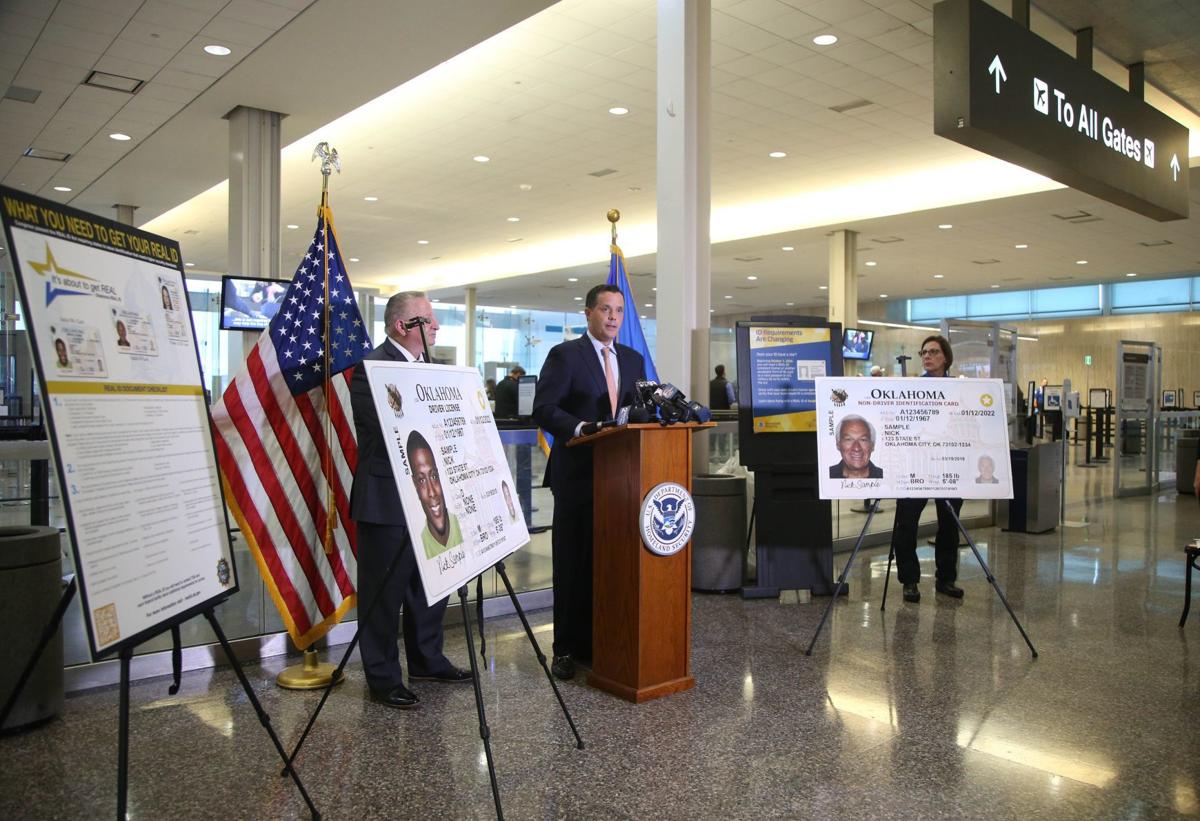 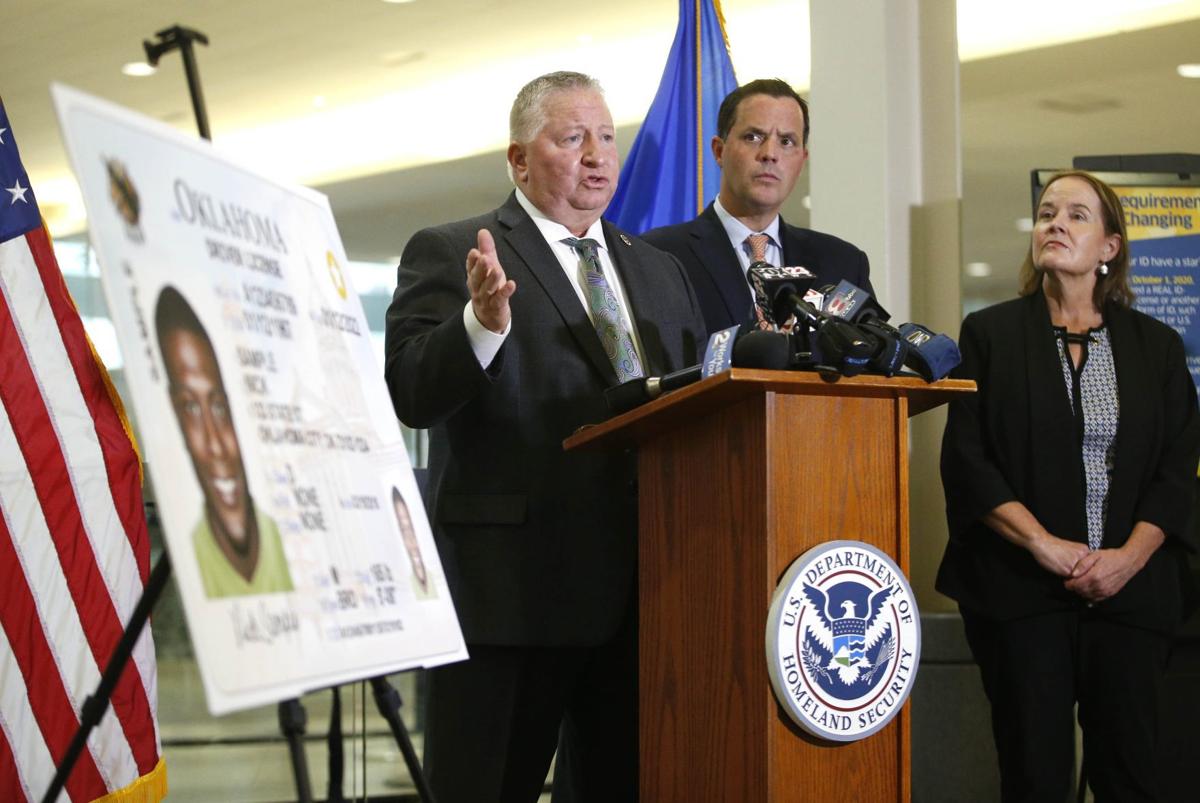 In a news conference at the Transportation Security Administration checkpoint at Tulsa International Airport in November, Oklahoma Secretary of Public Safety Chip Keating and Department of Public Safety Commissioner John Scully addressed how as many as 650,000 state residents will get REAL IDs before the Oct. 1 federal deadline.

“We will be rolling out a very, very comprehensive marketing plan, and we’ll begin that process in mid-December,” Keating said. “We will get the marketing plan out to Oklahomans to let them know what they’ll be expected to do when our system issues that ID.”

REAL IDs initially will be available only in the Tulsa and Oklahoma City metro areas but will be phased in at all 33 Department of Public Safety locations by August.

In an earlier news conference in Oklahoma City, Scully said Oklahoma has spent about $11 million and will spend another $10 million to bring REAL ID online, The Oklahoman reported.

Starting Oct. 1, any passengers older than 18 going through a TSA checkpoint or entering a federal facility will need a REAL ID-compliant license or ID card or another acceptable form of ID, including a U.S. passport or Department of Defense ID. The full list of acceptable IDs can be found at the TSA’s website.

Scully said those whose state IDs expire before April 30 will have to pay for a license again after REAL ID becomes available use another form of ID to access TSA checkpoints and federal facilities.

Scully said much of the state’s delay has been getting funding to update infrastructure, and the Legislature approved funding in 2017. The Department of Public Safety will hire 50 additional employees, as well as update computers and install fiber optics to handle the REAL ID transition more efficiently, Scully said.

The need isn’t only about speeding up the process at the Department of Public Safety, but Scully said it boils down to data the state previously didn’t have to handle.

“With REAL ID, we’re now mandated to scan and store all documents used by citizens to obtain a REAL ID,” Scully said. “Currently, we’re not required to do that.”

To get a REAL ID, Oklahomans will need to provide proof of identity, such as a birth certificate or passport, and proof of Social Security number through a Social Security card or federal income tax return.

Two proofs of residency, such as a utility bill or lease agreement, will also be necessary.

Original licenses will be available only at Department of Public Safety locations, and Scully said they will cost the same $42.50 as a non-REAL ID. Renewals may be picked up at tag agencies.

The state also has a website with a checklist to get a REAL ID at realid.ok.gov. Upon submitting documents, Oklahomans will get a temporary paper ID until their REAL ID arrives in the mail in five to seven business days.

Non-REAL ID licenses will still be available, but Scully said individuals will have to recognize they need a second form of ID to pass through the TSA or enter a federal building.

Keating said the plan is to spend the next 10 months getting the word out to make sure every Oklahoman who needs a REAL ID gets one with the least amount of hassle possible.

“We will not miss this deadline,” Keating said. “We will be compliant by Oct. 1.”