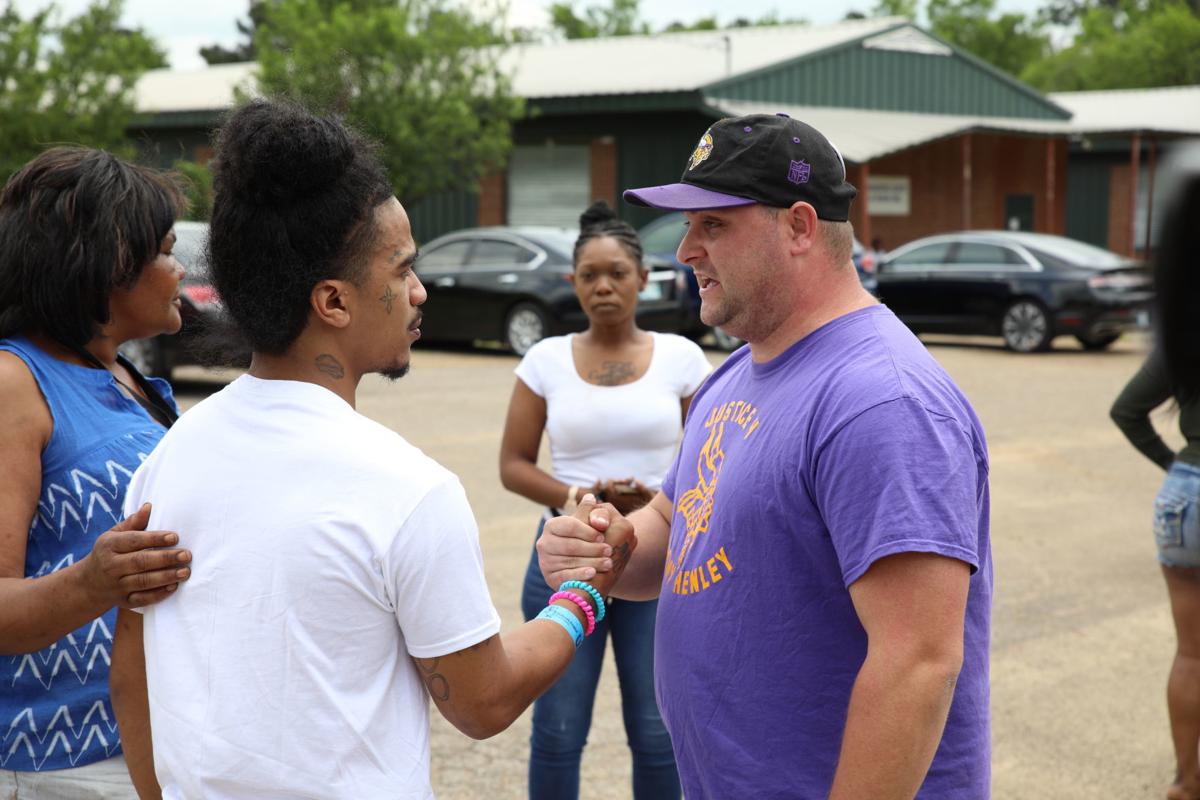 A man speaks with Quin Jacobs (left) during a protest in Hugo after three of Jacobs’ children were injured Friday in an officer-involved shooting. 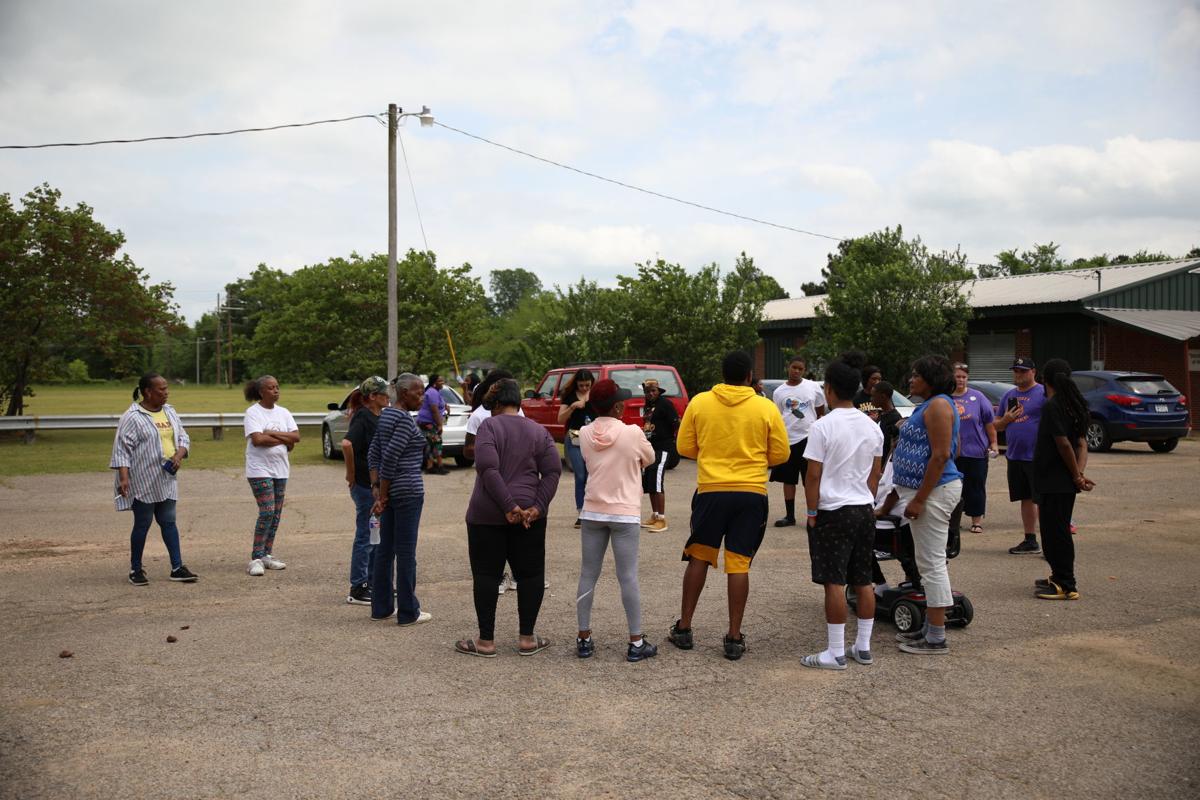 A group of people gather at a Hugo, Oklahoma community center on April 29, 2019 in solidarity with a father whose children were injured during an officer-involved shooting on April 26, 2019. HARRISON GRIMWOOD/Tulsa World 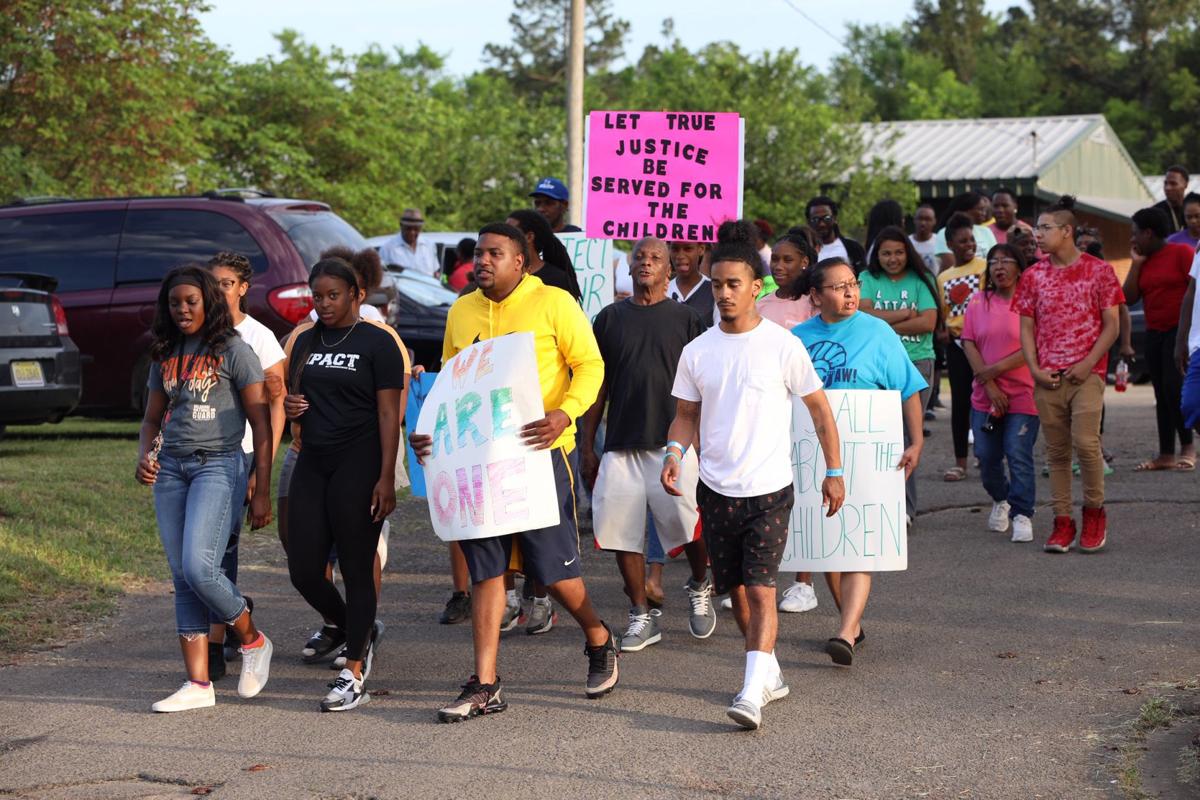 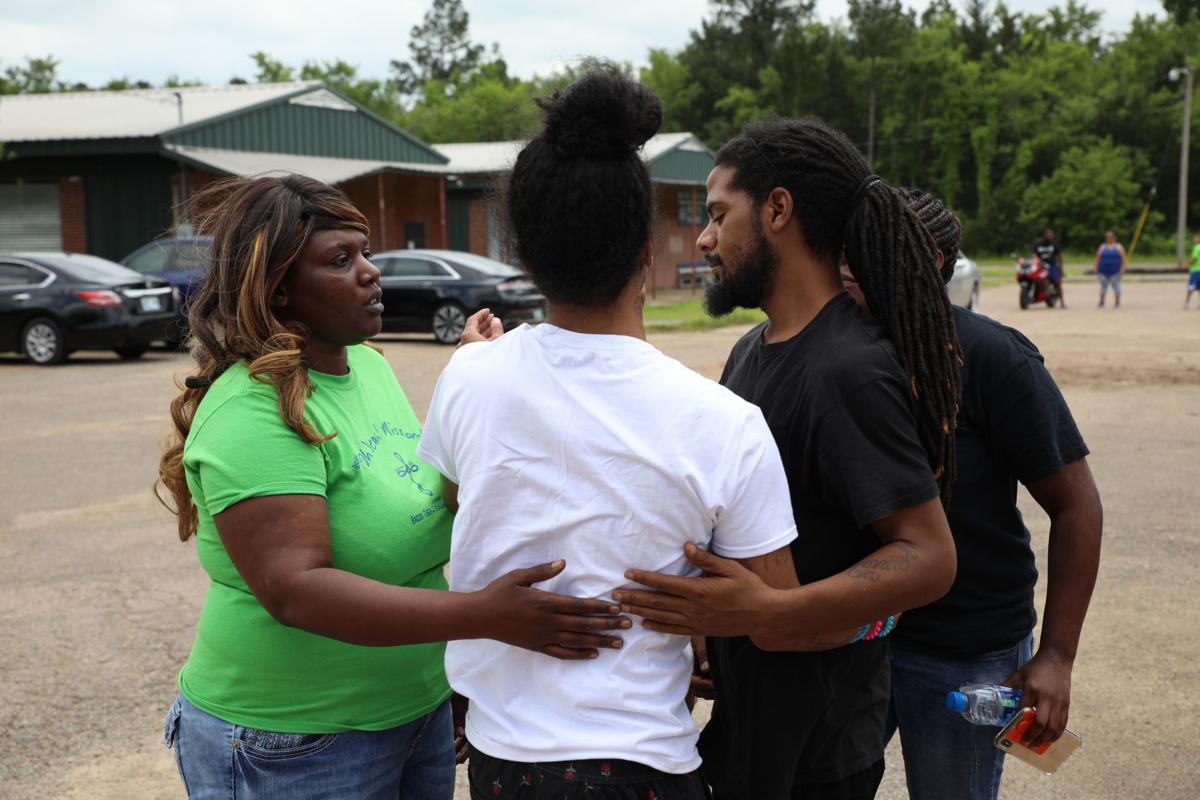 People embrace Quin Jacobs (center) during a march on Monday in Hugo, protesting an officer-involved shooting during which three of Jacobs’ children were injured. HARRISON GRIMWOOD/Tulsa World 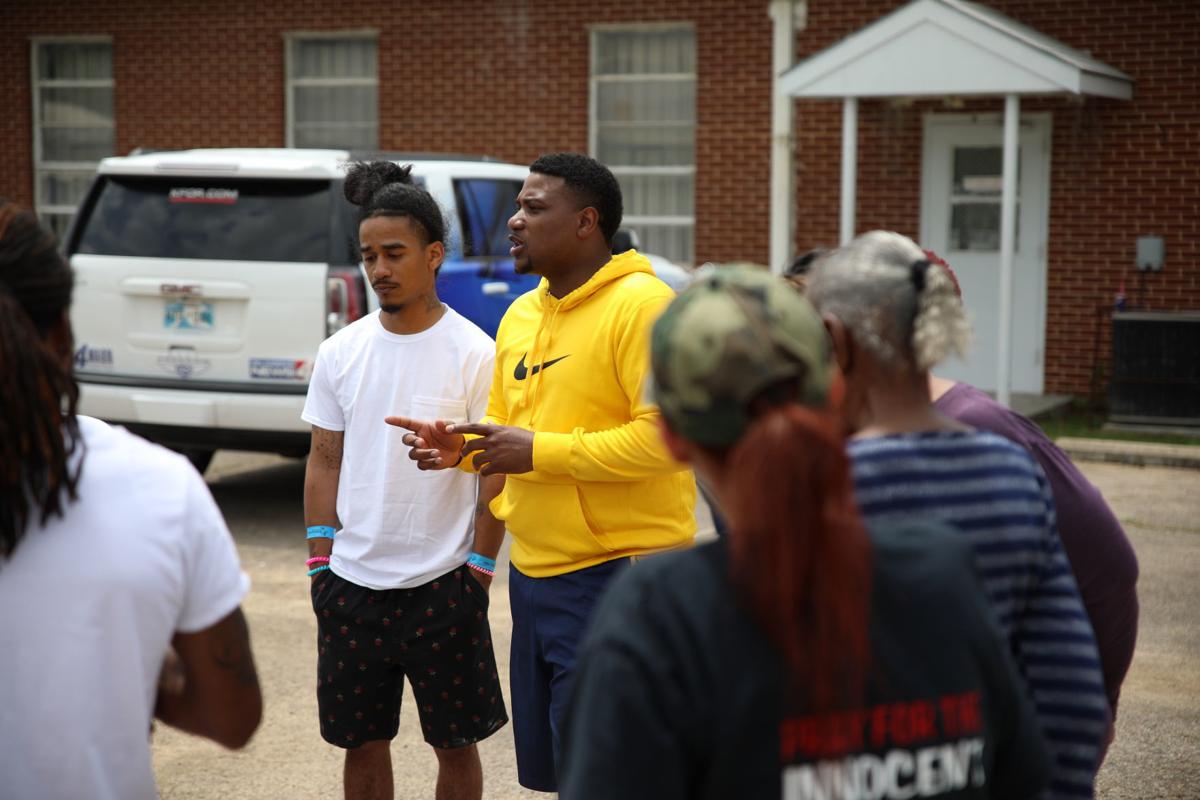 A man speaks with Quin Jacobs (left) during a protest in Hugo after three of Jacobs’ children were injured Friday in an officer-involved shooting.

A group of people gather at a Hugo, Oklahoma community center on April 29, 2019 in solidarity with a father whose children were injured during an officer-involved shooting on April 26, 2019. HARRISON GRIMWOOD/Tulsa World

People embrace Quin Jacobs (center) during a march on Monday in Hugo, protesting an officer-involved shooting during which three of Jacobs’ children were injured. HARRISON GRIMWOOD/Tulsa World

HUGO — Quin Jacobs is not yet sure how he will explain to his children why the police shot into the vehicle they were in.

On Monday, Jacobs did not even have those answers for himself.

“These kids, they don’t know no better,” Jacobs said. “I was telling them they’re (the police are) supposed to be there to protect and serve. It’s kind of hard to tell them — they know who did it — but why they did it, because I don’t know.”

Three of Jacobs’ children — La’Kvionn, 5, Asia, 4, and Daidriona, 1 — were injured Friday during an officer-involved shooting in Hugo, in southeastern Oklahoma.

Monday marked three days of sustained protests in response to the shooting.

Hugo police have been mum. It was not until Monday afternoon that city officials produced a statement. The protests have been sustained for the purpose of seeking justice and answers, organizers said.

Jacobs’ four children were in a pickup on Friday when two Hugo police detectives attempted to “make contact” with William Devaughn Smith, the driver and a suspect in a recent robbery at the Hugo Pizza Hut, according to news releases from the Oklahoma State Bureau of Investigation and the Hugo mayor.

Mayor Richard Higginbotham said in a prepared statement that two detectives followed Smith’s truck for several blocks to a parking lot in the 400 block of West Bissell Street.

“The detectives then got out of their unmarked pickup truck and began to walk toward the vehicle, hoping to make a consensual contact with the driver,” Higginbotham said. “As they did, a female passenger got out. The suspect vehicle ... was put into reverse and accelerated rapidly backwards, striking one of the detectives.”

Both detectives then fired their weapons multiple times. Higginbotham said in the statement that neither detective was aware that children were in the vehicle.

The names of the officers involved have not been released, and the OSBI is investigating.

Jacobs and Rodney Cox, a spokesman for the protests and family, questioned this account. Jacobs said the truck’s windows weren’t tinted and that the children would have been seated in the back.

“If you’re following them for that many blocks, then you should be able to see there are kids in there,” Jacobs said.

Cox said the officers fired about 26 shots. Higginbotham said only after detectives approached the vehicle did they see the children inside.

Olivia Hill, the children’s mother, was initially in the vehicle and reportedly told the officers that children were inside. Detectives were tracking Smith, the driver, on allegations that he robbed the Pizza Hut on April 11. Hill and Smith were in a relationship, the OSBI said in a Monday update of the investigation.

Smith was arrested on a robbery complaint after he was treated for injuries sustained in the shooting.

Jacobs said his children sustained multiple injuries from the shooting, including cuts and bruises from shrapnel and broken glass. One of his children, he said, was struck in the head by a bullet. They were flown to a Tulsa hospital and have since been released.

“What they’re asking for is reasonable,” Humphrey said in a telephone interview.

Protests began on Saturday and continued on Sunday and Monday. Humphrey, who said he is in talks with the OSBI, met with residents Sunday evening. He said a peaceful protest march followed the meeting.

Cox said the goal of the protests is “justice for these three babies” and to ensure the officers’ actions were appropriate.

An OSBI spokeswoman said authorities are still trying to learn the details of the interaction between Smith and police. The Facebook page for the Hugo Police Department could not be accessed Monday, reportedly after the administrators suspended the page due to threats.

The two detectives have been placed on administrative leave with pay pending the investigation. Upon completion of the OSBI investigation, a report will be submitted to the District Attorney’s Office to determine whether the shots were justified.

About four dozen people met Monday evening at the Booker T. Washington Community Center, where the shooting occurred, and marched to protest the shooting.

They chanted “we want answers” and “no justice, no peace.” Many carried signs expressing similar sentiments.

Cox read the mayor’s statement to the crowd. Afterward, he told the crowd that further information needs to be released.

contributed to this story.