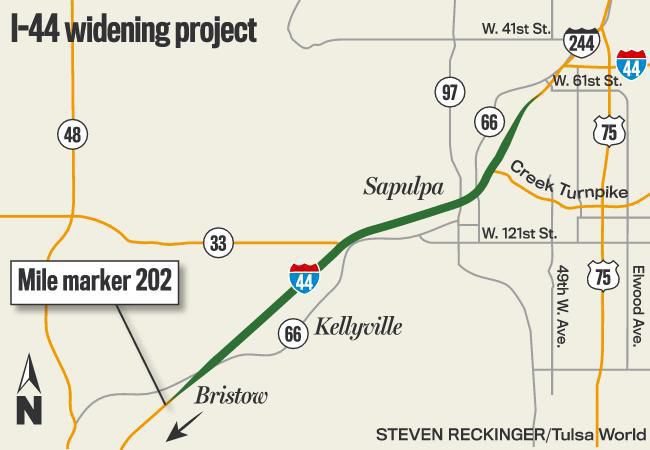 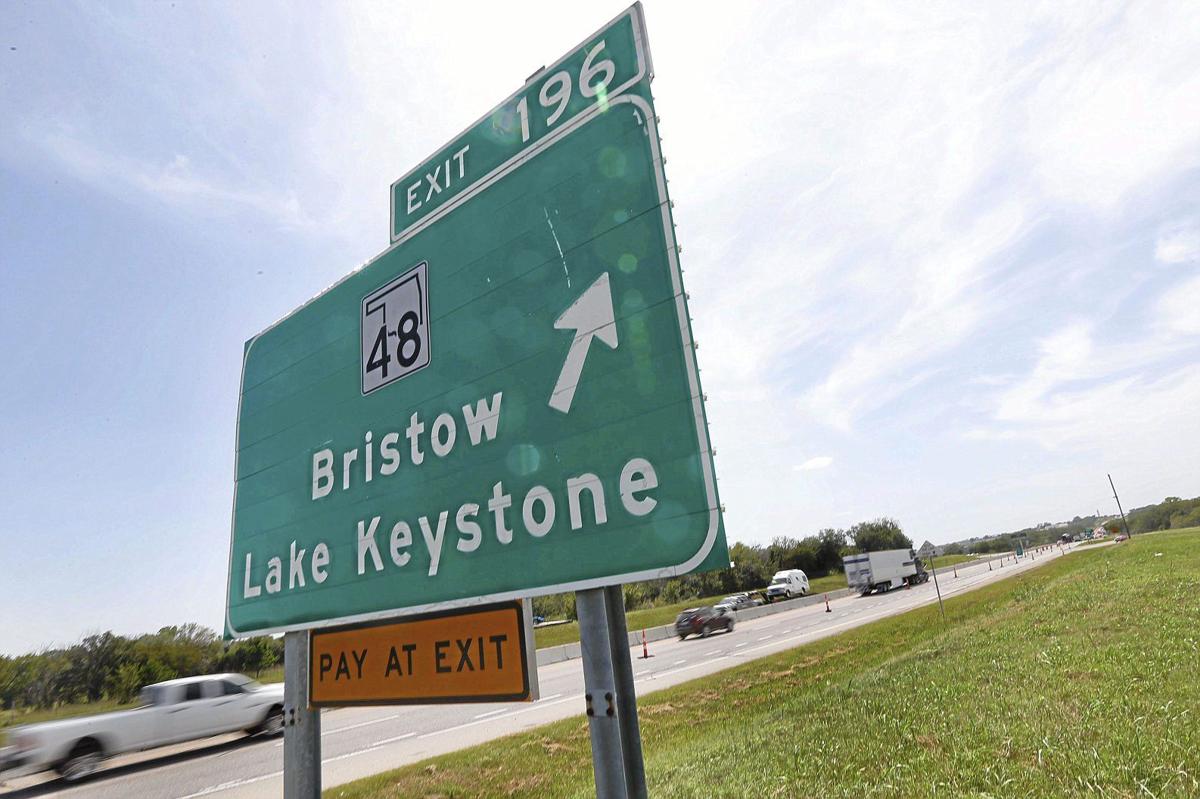 The Turner Turnpike will see $300 million in reconstruction work to add lanes and safety features over 22 miles from Bristow to west of Tulsa. CORY YOUNG/Tulsa World file

The Turner Turnpike will see $300 million in reconstruction work to add lanes and safety features over 22 miles from Bristow to west of Tulsa. CORY YOUNG/Tulsa World file

Only in Oklahoma: Tulsa, OKC joined at the turnpike

The good news with the upcoming 22-mile expansion of the Turner Turnpike west of Tulsa is that all four lanes will be open — most of the time.

The bad news is that there will be sections under construction in which vehicles will be only inches from the turnpike barrier walls, an official said.

Work begins Tuesday on the $300 million project that will expand the Interstate 44 turnpike from four lanes to six between Bristow and west Tulsa.

Work on various 10- to 20-mile stretches of the project will be ongoing for the next 2½ years, with completion expected in spring 2020.

“All four lanes will be open during peak travel times,” said Oklahoma Turnpike Authority spokesman Jack Damrill. “Most of the single-lane issues will be (worked on) overnight.”

However, sections of the turnpike will be down to one lane while crews reposition barrier walls over a period of a few days, he said.

The project includes “certain phases where there will be no shoulder or a very narrow shoulder,” Damrill said.

“That’s going to be the most critical time” for drivers, he said. “Their vehicles will be just inches from that barrier wall. Those are the times when people will really have to pay attention.”

Officials have announced various safety measures that are planned during the project, including 24-hour surveillance of the roadway by the Oklahoma Highway Patrol and wreckers stationed in the area in case any vehicles need to be hauled away.

The Turner Turnpike, opened in 1953, connects the state’s two largest cities — Oklahoma City and Tulsa. On average, 18,100 to 20,700 vehicles travel it between Bristow and west Tulsa per day as of Dec. 31, the most recent OTA data available.

Construction will begin with a 10-mile stretch near mile marker 207, in the vicinity of Kellyville. Both eastbound and westbound lanes will be affected, Damrill said.

The entire project will be from mile marker 202 just east of Bristow to near mile marker 222, where the turnpike ends at the Creek-Tulsa county line.

The project will generally move from west to east, Damrill said.

It is part of the Turnpike Authority’s $935 million Driving Forward initiative, which also includes work on the Gilcrease Expressway, the Muskogee Turnpike, the H.E. Bailey Turnpike, the Kilpatrick Turnpike and a new Oklahoma City-area turnpike.

The turnpike expansion is one of several major construction projects currently affecting the Tulsa area, including bridges at the I-44/Interstate 244 interchanges in both east and west Tulsa, bridge work over I-244 east of downtown Tulsa, and a bridge replacement project on the Broken Arrow Expressway at the junction of 31st Street and Yale Avenue.