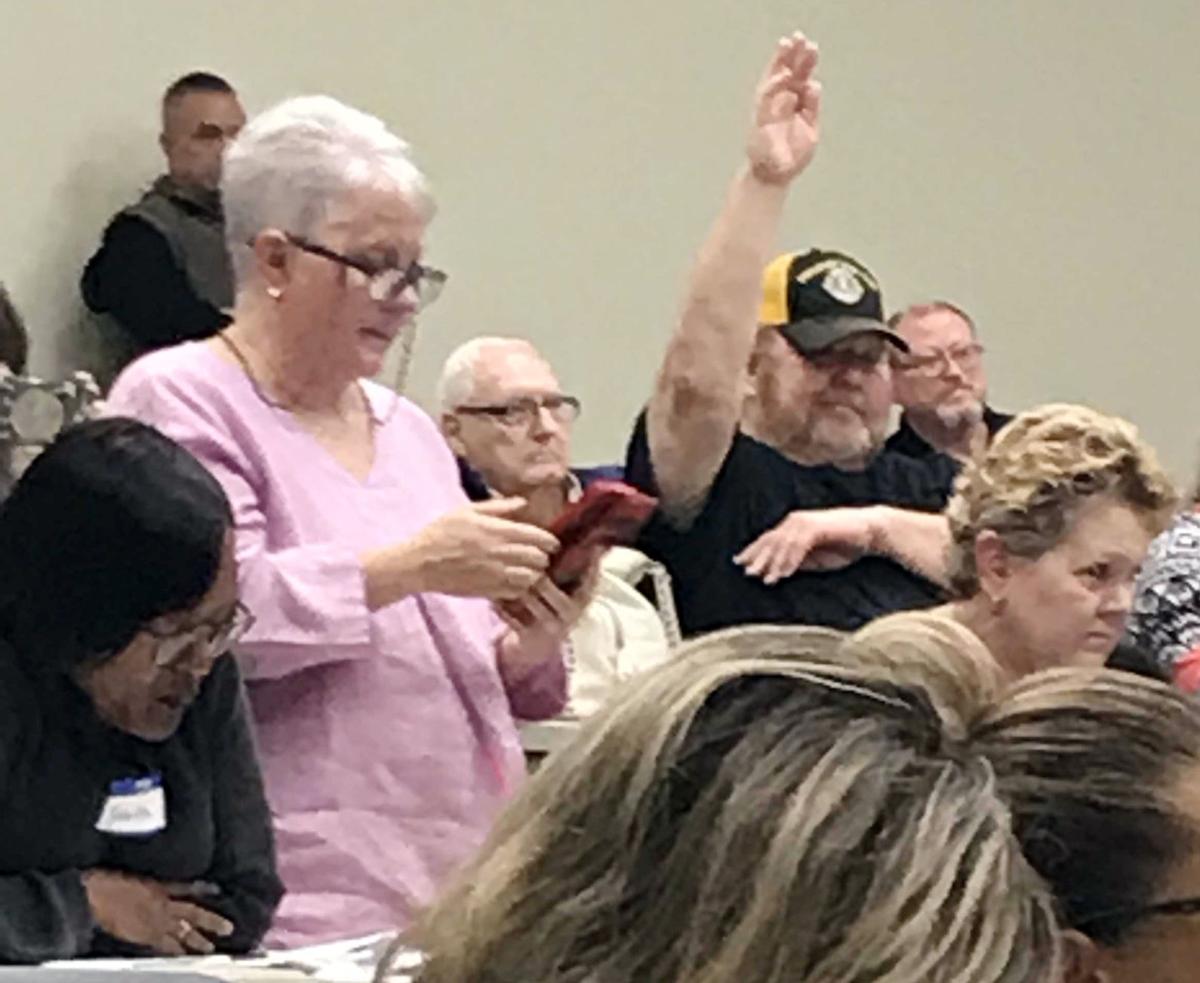 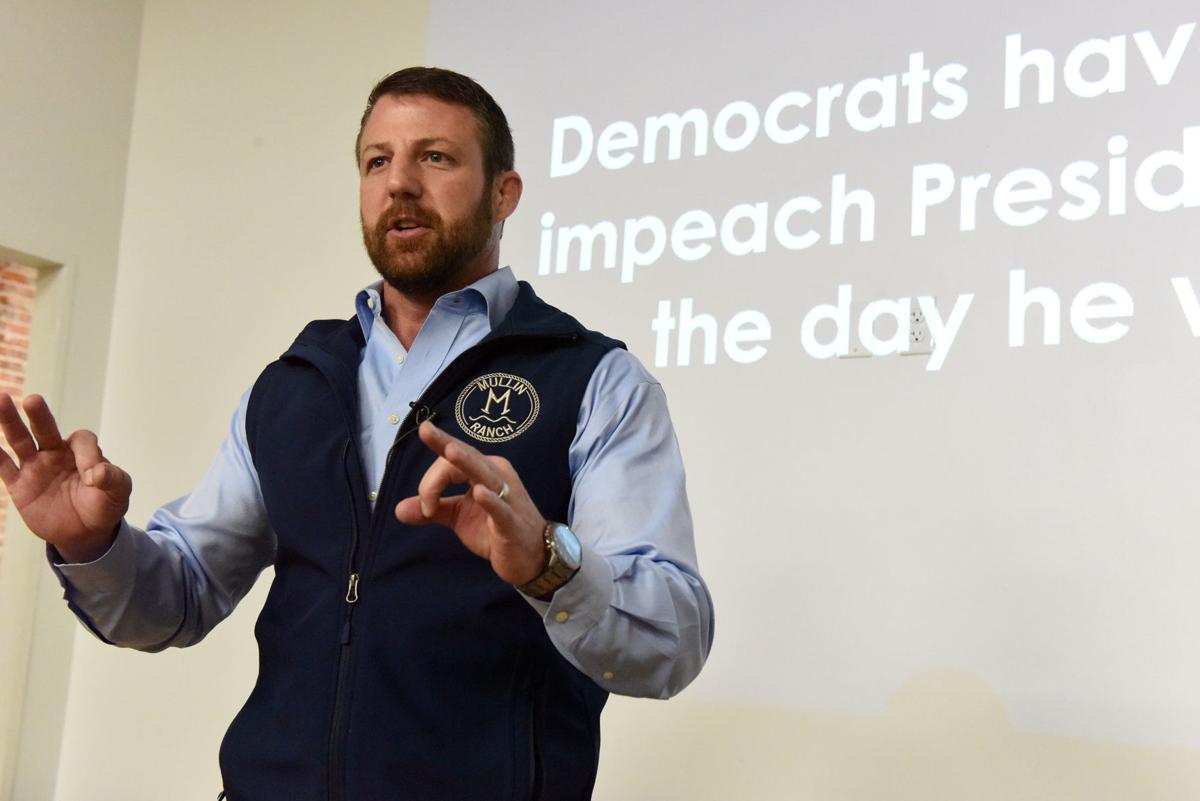 MUSKOGEE — Serious critics of President Donald Trump may be a minority in Oklahoma, but it’s not an entirely silent minority.

A noisy band of about a dozen dissenters showed up at Connors State College’s Muskogee campus Tuesday morning to let 2nd District Congressman Markwayne Mullin know what they thought of his “impeachment update.”

“No, he’s not lying,” said someone else.

And so it went for the better part of 20 minutes, until Mullin threatened to have one constituent from the group, Tom Taton of Okmulgee, removed from the auditorium.

“Your idea of respect is for you to talk and us to listen,” retorted Taton, who nevertheless remained mostly silent thereafter until called on during the question-and-answer portion of the event.

To be sure, the tension at Tuesday’s meeting did not approach the near hysteria of those a decade ago, after Barack Obama’s election. Reaction from the majority of roughly 50 people in attendance Tuesday seemed to range from annoyance to outrage. At one point a man rose, stood over Taton, and demanded that he be quiet. A woman clapped loudly during a question — a very long question — in an effort to drown out the speaker.

An elderly woman muttered, “You should be ashamed of yourself,” as she walked past Taton afterward.

But the meeting illustrated the gulf between Trump’s supporters and those who want him, if not removed from office, at least brought to heel.

“There’s no accountability,” said Taton. “When he first said he could shoot someone in the middle of the street and no one would care, it was an indication of his popularity. Now when he says it, it means he thinks he ought to be able to do whatever he wants.”

Mullin and the majority of those present obviously disagreed. To them, Trump is the victim of an unfair impeachment process whose only goal is to unseat Trump one way or the other.

“If you’re truly convinced the president has done something wrong — which no one has been able to show that, because he hasn’t committed treason, he hasn’t committed bribery, there has been no crimes, there have been no misdemeanors,” Mullin said, referring to the four grounds for impeachment listed in the U.S. Constitution.

The dissenters read the evidence much differently.

“Which of those things has President Trump not committed?” asked Leslie Moyer, a Hulbert woman who once provoked Mullin by flashing a red card at a public meeting to challenge the accuracy of his statements.

Mullin kept his composure Tuesday and said he has “no problem with people who do not agree with me.”

So far, more do than don’t in the 2nd District. But the don’ts are getting louder.