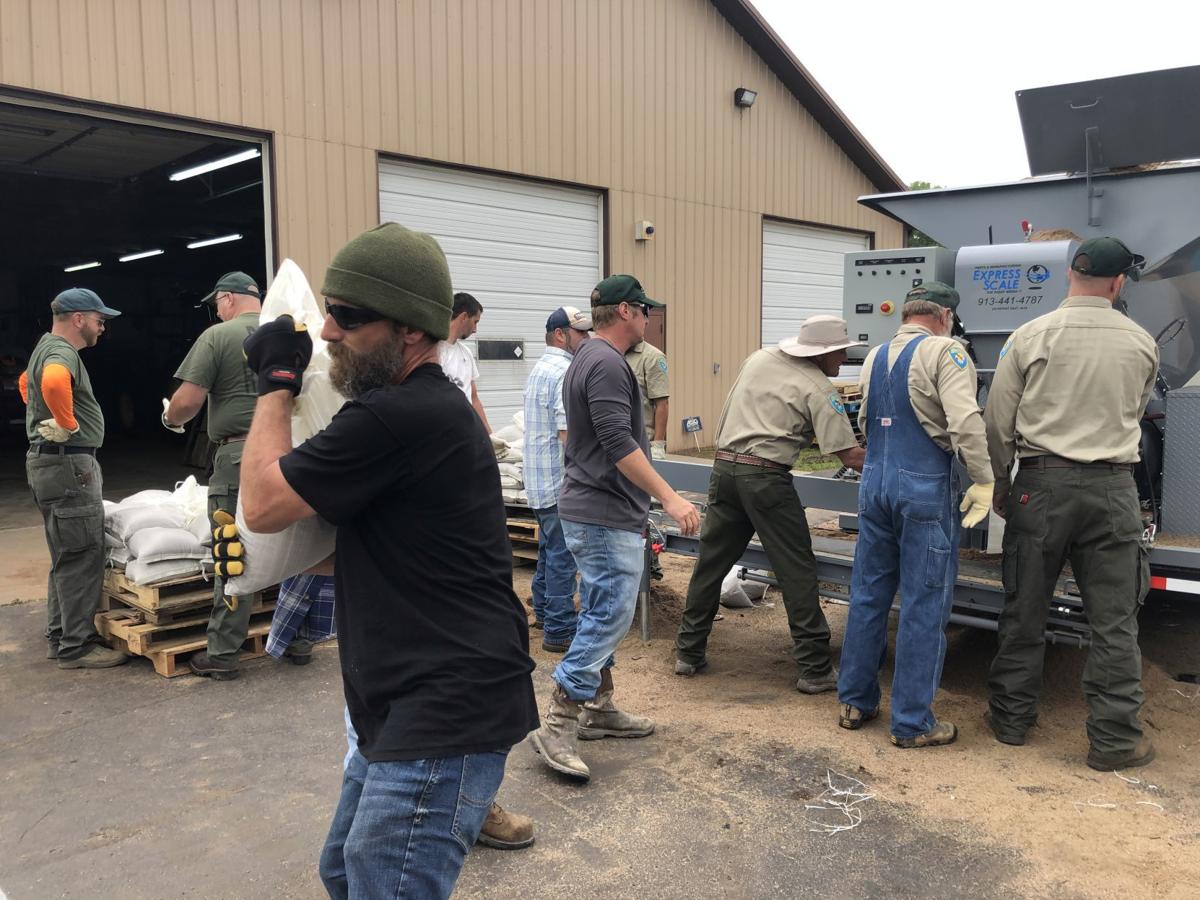 A volunteer heaves a sandbag from a bucket brigade onto a pallet Saturday in a flood-preparedness exercise at Levee District 12 in Sand Springs. Kelsy Schlotthauer/Tulsa World 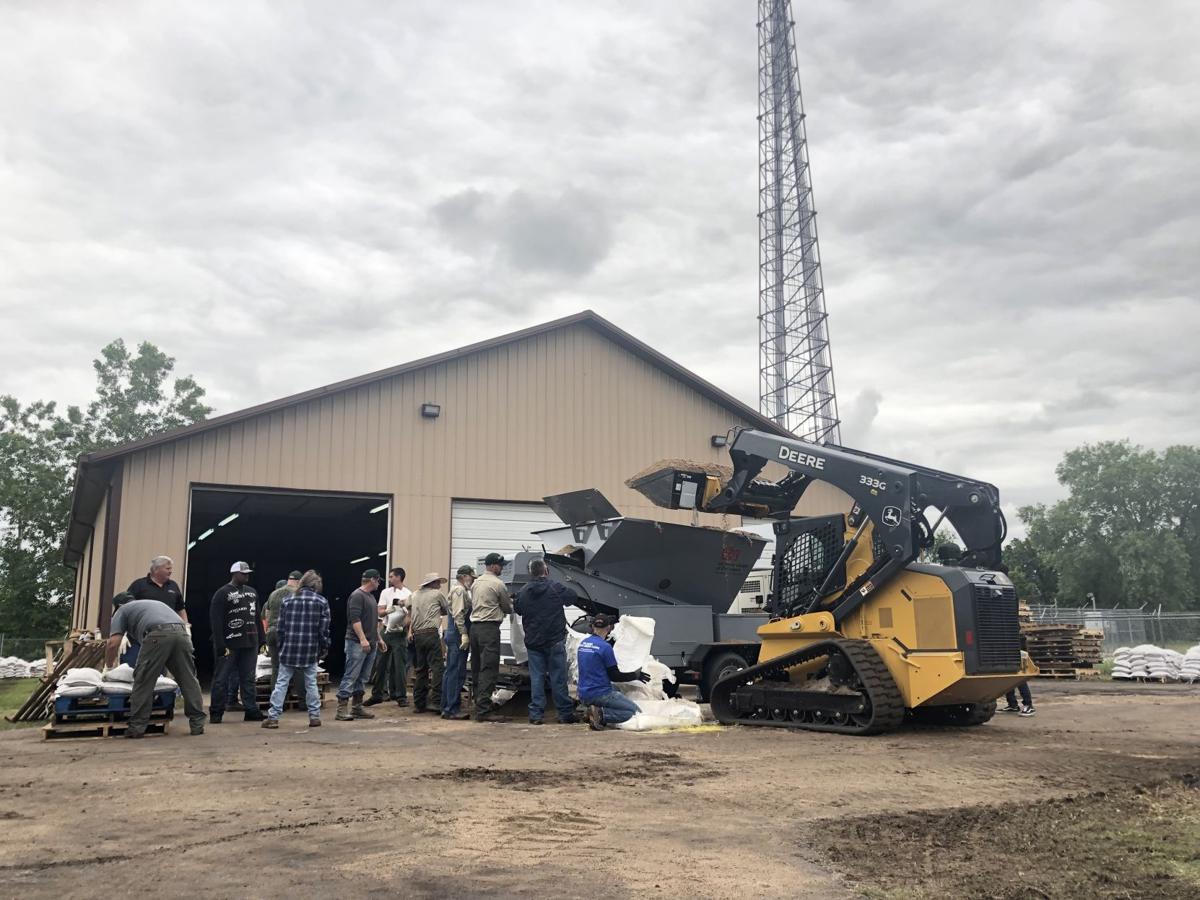 Volunteers fill sandbags and pile them onto pallets Saturday in a flood-preparedness exercise at Levee District 12 in Sand Springs. Kelsy Schlotthauer/Tulsa World

A volunteer heaves a sandbag from a bucket brigade onto a pallet Saturday in a flood-preparedness exercise at Levee District 12 in Sand Springs. Kelsy Schlotthauer/Tulsa World

Volunteers fill sandbags and pile them onto pallets Saturday in a flood-preparedness exercise at Levee District 12 in Sand Springs. Kelsy Schlotthauer/Tulsa World

Officials in Tulsa County plan to have more than 12,000 sandbags ready by Thursday with the assistance from volunteers ahead of the planned release of the largest amount of water that has run through Keystone Dam in 26 years.

Recent rainfall in Keystone Lake’s watershed region had the lake more than 20 feet above normal water levels as of 3 p.m. Saturday, and on Monday, the U.S. Army Corps of Engineers plans to release 85,000 cubic feet of water per second.

As of Saturday evening, the dam was releasing nearly 76,000 cubic feet of water per second.

District 2 County Commissioner Karen Keith monitored the lake’s water levels all week, alarmed by the amount of water flowing in from the watershed region, but said the sandbagging isn’t because residents are in imminent danger; it’s an effort to be prepared.

A sandbag machine from the Corps in Kansas City is at the property, and volunteers are welcome; they are advised to come prepared in boots, leather gloves and maybe a poncho to do some heavy lifting, Kilpatrick said.

The machine disposes measured amounts of sand into biodegradable bags, which can weigh anywhere from 30 to 50 pounds each, depending on the moisture level in the sand.

In the event of a flood emergency, the exercise is what the public would be called upon to do.

Congressman Kevin Hern made an appearance to welcome the volunteers, who he said came from the Tulsa area, Weber’s Falls, Prattville and Sand Springs. Northeastern Oklahoma State Parks personnel made up a large portion of the force.

The sandbags will be stored until an emergency necessitates their use, Kralicek said.

“We’re not wanting to alarm anybody,” he said. “But we urge people to be thinking.”

Kralicek said residents who live near a creek or in a floodplain should try to keep a couple of sandbags on hand and have an emergency plan in place.

“I always say, ‘A fool with a bad plan will beat a genius with no plan,’ ” Kralicek said.

Tulsa County District 12 Levee Commissioner Todd Kilpatrick is encouraging the public to help fill sandbags at 7 a.m. through about 3:30 p.m. Sunday through Thursday during a readiness exercise at 1202 East Pecan Street in Sand Springs, according to a news release.