Paul F. Grice passed away on November 18. 2019 at the age of 94. A memorial service will be held at Covenant Living at Inverness in Tulsa, OK on December 4th at 2pm. Paul was born on October 28, 1925 in Cairo, Egypt, the son of Presbyterian missionaries. He attended Schutz American School in Alexandria and returned to the U.S. with his mother and brother, Kenneth, in 1942. They left Cairo on the same plane as British Admiral Sir Lord Andrew Browne Cunningham (traveling as "Mr. Browne"). Soon afterwards, he joined the Navy and entered the University of Illinois Medical School, graduating in 1947 (at age 21). While attending medical school in 1946, he met and married Hazel Olson who was a nursing student. While serving in the Navy full time and later in the reserve, he was stationed in various locations, including duty on several ships in the Atlantic (post WWII), in Japan, and on the aircraft carrier, Constellation. His last position was in Muskogee, Oklahoma, where he was Chief of Surgery at the VA hospital.

During the almost sixty years that he and Hazel lived in Muskogee, Paul was very active with Kiwanis, the Muskogee Amateur Radio Club, as well as the First Presbyterian Church where he taught Sunday School and sang in the choir. They moved to Inverness Village in Tulsa, Oklahoma, five years ago. In addition to Hazel, his beloved wife of 73 years, he leaves behind his four children, Neal Grice (Karen), Sandy Curtiss (Perry), Carol McAnally (Jeff), and Phillip Grice; his six grandchildren, Laura Grice, Sarah Hammontree (Patrick), Jenny Knutson (Robin), Hunter McAnally (Samantha), Peter Grice, and Paula Grice; and one great granddaughter, Erin Hammontree. He was preceded in death by his parents and both his brothers, John (Lt. USAAF, MIA Pacific, July 30, 1944) and Kenneth. In lieu of flowers, the family encourages donations be made to your favorite charity in his memory. www.serenitytulsa.com 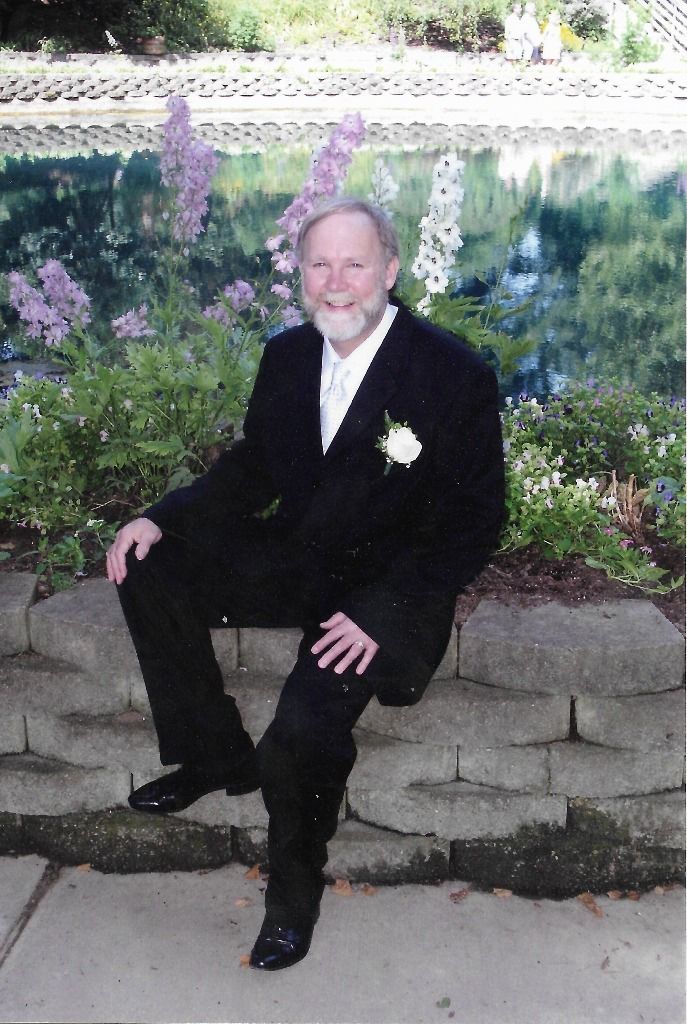 Robert Lewis Kralicek, 66, of Broken Arrow succumbed to cancer surrounded by his family on November 29,2019.

Robert is survived by his wife of 16 years, Karen Kralicek; sons, Joseph Kralicek and Daniel Kralicek; stepson, Jonathon Doshier; brothers, Randy Kralicek and David Kralicek; and many loving grandchildren, nieces, nephews and extended family. Robert was a loving father, husband, grandfather and friend to everyone.

Robert loved the outdoors, and spent many vacations visiting national parks. He worked as a licensed clinical social worker for 30 years. Robert was always there to help relatives and friends with household projects, lend a friendly ear, or whatever else people needed him for.

A special thank you to the people at Rivercross Hospice and Porta Caeli for their loving care and support during his final days. Also, the family would like to extend their sincerest gratitude towards Floral Haven Funeral Home, Cemetery, & Crematory for being very accommodating and understanding during this difficult time. 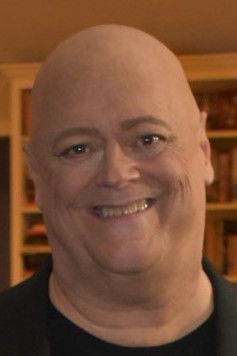 Mark David Watkins, 62, left this world following a brief illness on Friday, November 29, 2019. He was preceded in death by his parents, James and Lois Watkins and his sister, Michelle Moore. He is survived by his husband, Victor Evans; daughter, Joanne DeLong and husband, David; son, Paul; three grandsons and numerous friends who loved him. Memorial services are pending at this time. Moore Southlawn Chapel 9350 E 51st, Tulsa, OK, (918) 663-2233. www.moorefuneral.com 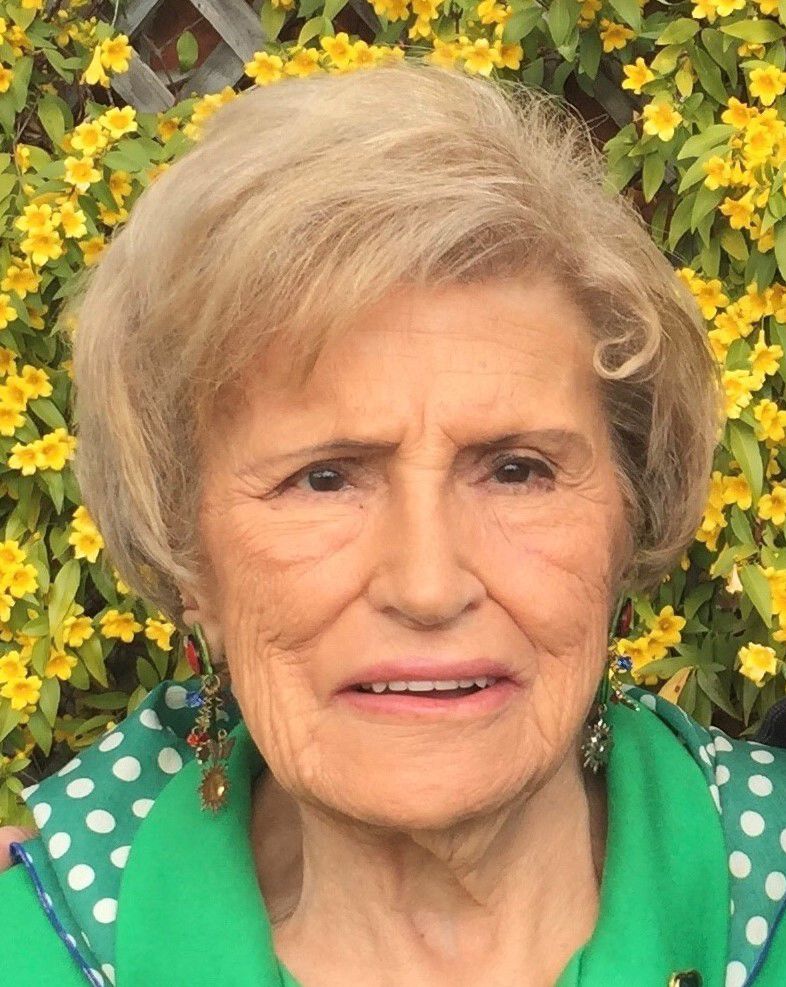 Florene Finn Stovall died November 30, 2019 in Tulsa, Oklahoma. She was born on her father's 32nd birthday, September 3, 1932. They had the privilege for many years of celebrating their birthdays together until his death in 1969. In this family of five were her father, Sherman; her mother, Leona Murphy Finn; her sister, Alva Lea, 5 years older; and her brother, Gene, 2-1/2 years older.

The family recognized Florene's musical talent early, and she started piano lessons at age 6. Also, all three children took violin lessons early. Home was a lovely art rock house on Melville Road at the north edge of Springfield, Missouri. The five acres to play and grow made many fun memories, and as she said, "good heritage".

Florene and her family attended church regularly, and she accepted the Lord Jesus in her heart at the age of 9. For the remainder of her life, she served the Lord and others to the best of her ability. After high school graduation at 17 years of age, Florene began work at the Frisco Railway Business Office in the Car Accountant Office in Springfield. For five years, she did a great job for the Frisco.

Florene married George W. Stovall, February 10, 1952. Their families had known each other from their church, which was like a second home to both the Finns and the Stovalls.

In 1955, George accepted a position with the Oral Roberts Ministries in Tulsa, which grew into a 57-year career with that organization, including some 27 years with University Village Retirement Community. During those 27 years, Florene continued as a volunteer, using her musical talent by playing piano for Sunday School and church services. She also planned and conducted dozens of style-shows and talent shows for the Village Residents. She operated the University Village Resale Shop for 12 years, assisting both residents and staff with their purchases, with all proceeds going into the University Village operating funds.

A private graveside service for the family will be held at Memorial Park Cemetery with no visitation at the funeral home. Family and friends are invited to the memorial service on Wednesday, December 4th, 2019, at 2:30 PM in the Stovall Theatre of University Village Retirement Center.

In lieu of flowers, the family requests memorial donations be made to the University Village Trust. Moore's Southlawn 918-663-2233. Share memories at www.moorefuneral.com