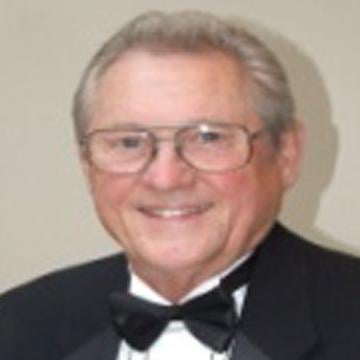 Born in Spencerville, Ohio and moved to Tulsa at the age of 15.

Charles is survived by his family: wife, Aline Wisher; children,Eric and Alisa Wisher, Rick and Tracy Skidgel; grandchildren, Lindsey and Matt Fedick, Tyler and Kaitlin Skidgel, Garrett and Bayleigh Wisher; great-grandchildren, Canton, Kellen and Karsyn Fedick and Oliver and Elijah Skidgel; brother and wife, Harold and Pat Wisher; and many other loved family members and friends.

Charles joined the U.S. Navy in 1956 where he served 11 years. He trained for EOD (Explosive Ordnance Disposal) and was a specialist and senior member of the UDT (Underwater Demolition Team). Served on several ships and assisted in the operations, maintenance and disposal of special weapons in both the U.S. and Vietnam. Charles left the military in 1967.

Following his military service, IBM employed Charles for 30 years. During these 30 years he and his wife, Aline were volunteers for AT&T Telephone Pioneers, Guild of Tulsa Opera, Brush Creek, Tulsa Food Bank, Habitat, Clare House, and many other organizations where they volunteered their time fund-raising for many community projects.

Charles served five times as Exalted Ruler of the Tulsa Elks Lodge where veterans will never be forgotten.

Above all he loved his children and his grandchildren and was a dedicated husband, father and "Papaw".

His hobbies were fishing and hunting. Charles was talented and could accomplish most anything he desired to do. His home on Grand Lake for 17 years brought him and his family many good memories.

Charles had his own personal relationship with God and was known as a man of such integrity and good character and was often called "a man's man". He was strong in mind and others gained strength from him.

His laughter could often be heard above everything else. He could always beat his friend Ray in a game of pool.

Many thanks to St. Francis Hospital doctors, nurses and in-house Hospice for the great care they provided.

In lieu of flowers you may donate to Tulsa Elks Lodge, 5335 S. Harvard, Tulsa, OK 74135 - Benevolent and Protection Order of Elks. 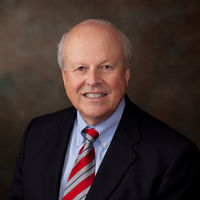 Stephen Edward Pirnat was in love with life and it showed. Always quick with a joke and eager to embrace a new challenge, he was a thoughtful industry leader, a generous community supporter, a loyal longtime friend to many, and loving husband for 44 years to his high school sweetheart, Betty Pirnat of Tulsa.

Steve was born on July 31, 1951 in Hoboken, New Jersey, the son of Theresa (D'Esposito) and Edward Pirnat. After graduating from St. Joseph's High School in West New York, New Jersey, he attended Villanova University and earned a Bachelor's in Mechanical Engineering from the New Jersey Institute of Technology.

Over the course of his career, Steve worked at Ingersoll Rand, Ingersoll Dresser Pump Company, Pangborn Corporation, and Quest Integrated. He served as CEO of the John Zink Company in Tulsa from 2000 to 2009. He was Chairman and CEO of ClearSign Combustion Corporation, based in Seattle, until his retirement in December 2018. From 2014 until the time of his death, he served as Independent Director of the Texas-based AZZ, Inc.

Steve was preceded in death by his parents and by Betty's sister, Barbara Mathews.

Flowers are welcome, as are donations to Tulsa Ballet. 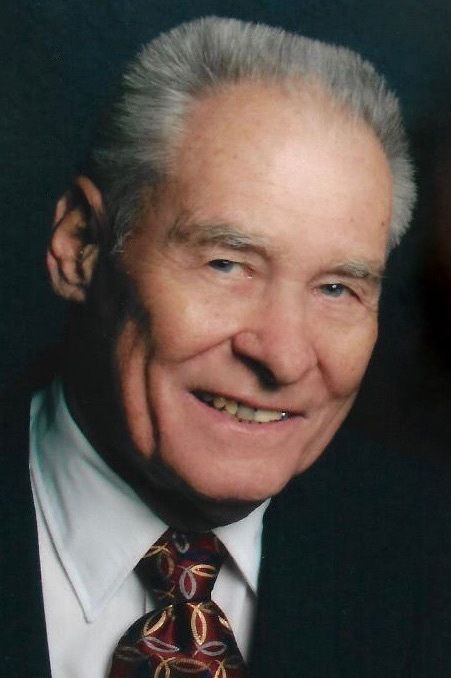 Robert Richard Reinking was born on September 7, 1925 to Arthur and Merle Reinking in Bronson, Kansas.

Bob attended Kansas State University in Manhattan and graduated in 1946 with a degree in Industrial Physics. In 1955 he started working at Douglas Aircraft Company (later McDonnell Douglas) and served there as a metallurgist and processes engineer until his retirement in 1987.

Bob loved Jesus. Bob and Joyce attended Will Rogers United Methodist Church in Tulsa for over 50 years. He loved singing and sang enthusiastically in church choirs, solos at church, and for many funerals.

Bob never met a stranger. He talked to everyone he met and showed kindness and concern to all. He was a great mentor and example of Christ's love.

Bob loved his family. He adored his children, his grandchildren, and his great-grandchildren, and he prayed regularly for all of them, attended many, many activities, and loved on them every chance he got. He will be greatly missed by all of us.

Bob was preceded in death by his parents, Arthur and Merle; his brother, Bill; and his son-in-law, Tim White.

Those who will be missing him terribly are his wife, Joyce; his children, Kathy White, Richard and Karen Reinking, and Linda Reinking; his grandchildren, David and Kimberly White, Beth White, Amy and Wayne Billings, Rachael and Shawn Seymour, Daniel Reinking, and Angela and Corey Force; and his great-grandchildren, Jackson, Ava, Brooks, McCartney, Bobby Grace, Luke, Lauren, and Isabel.

In lieu of flowers, donations can be given to Pearl's Hope Transitional Living Program through Oklahoma United Methodist Circle of Care (circleofcare.org) or Meals on Wheels Metro Tulsa (mealsonwheelstulsa.org) or the charity of choice.