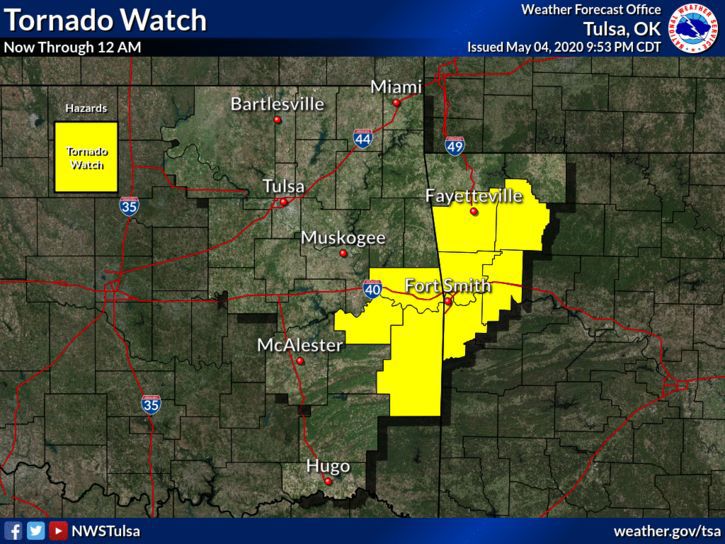 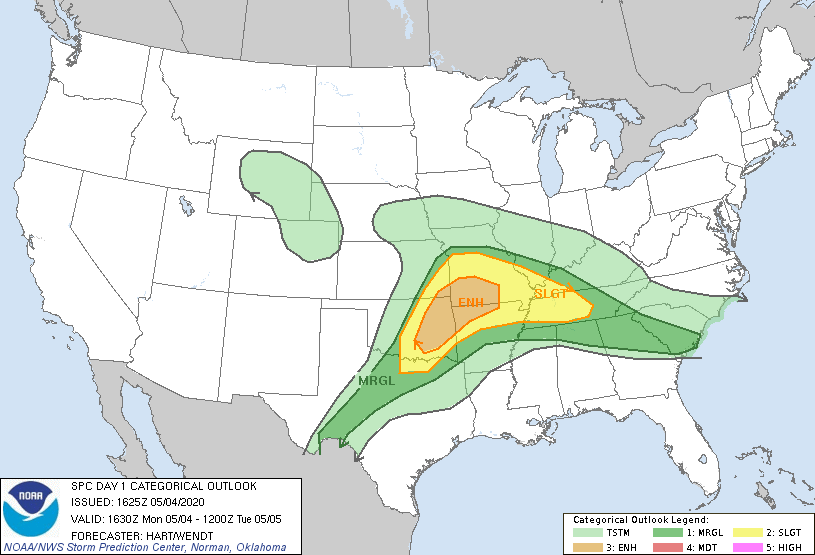 Most of northeastern Oklahoma, including Tulsa, is under a tornado watch until 10 p.m.

Severe thunderstorms are expected to develop beginning Monday afternoon as a cold front moves through the region.

Tornadoes, large hail and damaging wind may be possible with storms that develop.

Tulsa and surrounding counties are under a tornado watch until 10 p.m. Monday.

Temperatures on Monday are forecast to peak in the mid-80s before falling to overnight lows in the 50s.

Weather patterns throughout the midweek are forecast to be drier until Thursday when thunderstorm potential is forecast to return.

Gallery: New movies and shows streaming in May

Movie favorites arriving on Netflix in May

Older series with past seasons debuting on Netflix in May

Movie favorites arriving on Hulu in May: "Rocketman"

Amazon original movies, from theaters to streaming debuts: "The Goldfinch"

Movie favorites arriving on Prime Video in May