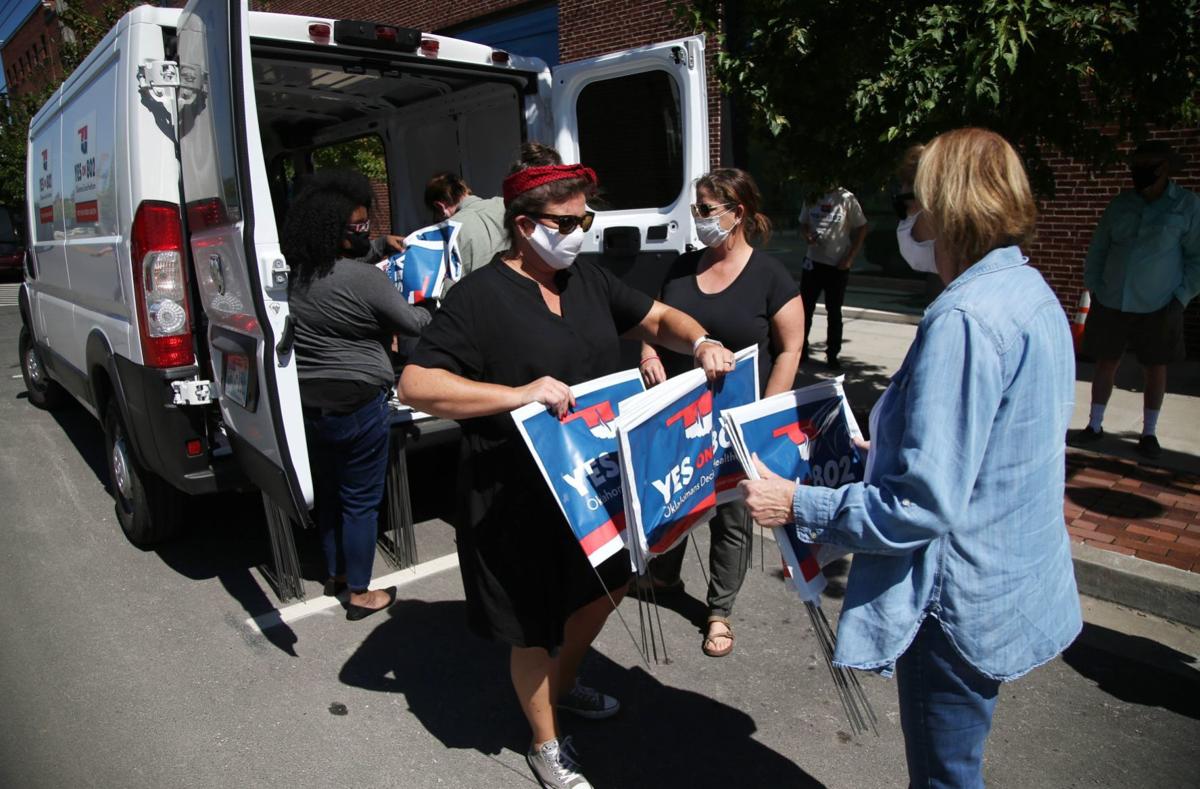 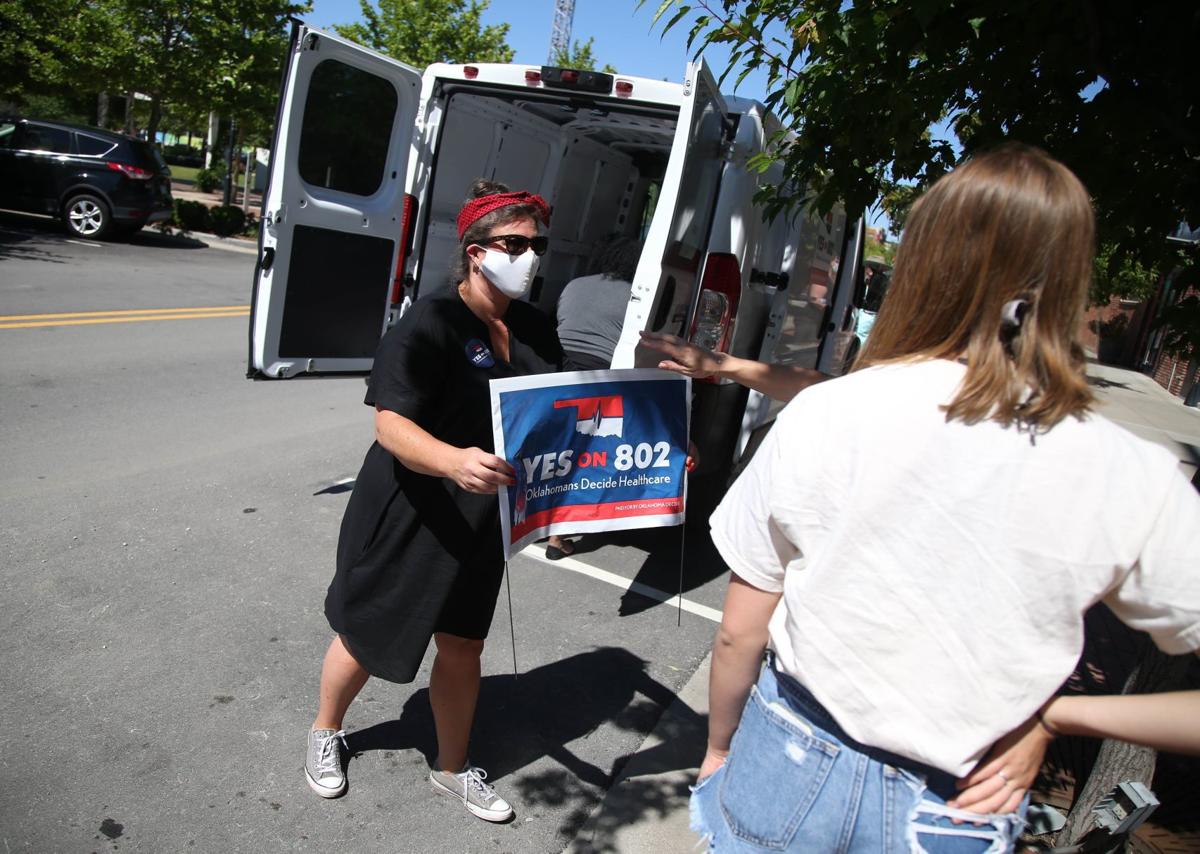 Mandy Winton distributes yard signs for the Yes on 802 effort at Guthrie Green in Tulsa, Okla., on Friday, May 29, 2020. MATT BARNARD/Tulsa World

Mandy Winton distributes yard signs for the Yes on 802 effort at Guthrie Green in Tulsa, Okla., on Friday, May 29, 2020. MATT BARNARD/Tulsa World

On the same day it became known that Gov. Kevin Stitt had effectively thrown in the towel on his plan to expand Medicaid in Oklahoma, a four-day, 1,400-mile campaign trip through the state in support of a ballot initiative to do more or less the same thing ended in Tulsa.

Yes on 802, which urges passage of State Question 802 in the June 30 election, pulled its van to a stop in front of the Woody Guthrie Museum across from the Guthrie Green a little before 4 p.m. Friday.

The handful of staffers didn’t come for speeches or fanfare. They were there to pass out yard signs and bumper stickers and other campaign paraphernalia, and to reconnect with some of the 300,000 voters who signed the petition that got Medicaid expansion on the ballot over the objections of the state’s political leadership.

“For the next 30 days it’s going to be about getting folks to go vote,” said Yes on 802 Executive Director Amber England. “From Day 1 we really built this organization from the grassroots.”

Be that as it may, the organization also has the support of some very influential groups and individuals, including a big swath of the health care sector. Many Republican lawmakers now say they support Medicaid expansion — although not necessarily SQ 802 — and Stitt had been promising his version of it right up until two weeks ago, when he vetoed a hospital fee he himself asked for.

Friday, the Associated Press reported Stitt’s administration notified federal authorities it would not be able to begin Medicaid expansion on July 1 as promised because the state has no way to pay for it.

“All the action that’s taken place in the Capitol this year and in the past decade just shows we can’t trust the politicians,” England said. “We can cover 200,000 Oklahomans and bring $1 billion to the state.”

One of the arguments for expanded Medicaid has always been that Oklahomans pay for it one or the other, because their taxes go toward covering the federal government’s 90% share.

Opposition originally stemmed largely from its connection to the Affordable Care Act — Obamacare — and the argument that the federal share is paid for mostly with debt, not tax dollars.

But the large number of Oklahomans without health insurance — many of them working poor — has worn down many of the objections. The initiative petition to get the issue on the ballot attracted a record number of signatures.

In 21 stops over four days this week, the Yes on 802 van handed out some 5,500 yard signs and England had to go on an emergency run Friday to restock bumper stickers.

State campaign finance laws do not require advocacy groups like SQ 802 to register with the Ethics Commission until after the issue is scheduled for a vote — which in this case didn’t happen until April. That means Yes on 802 won’t have to file a financial report until the election is over.

But it obviously has enough money for a statewide campaign staff and materials, and it is going on the air with television ads. After months of being restrained by the COVID-19 epidemic, Yes on 802 is trying to finish strong.

To date, no organized “no” campaign has surfaced, although there remains widespread opposition to the idea of expanded Medicaid. Stitt, in his hospital fee veto message, said the state can’t afford it because of the spring’s skyrocketing unemployment figures.

Those lining up for signs in front of the Woody Guthrie Center on Friday seemed to think that’s exactly why the state can’t afford not to do it.