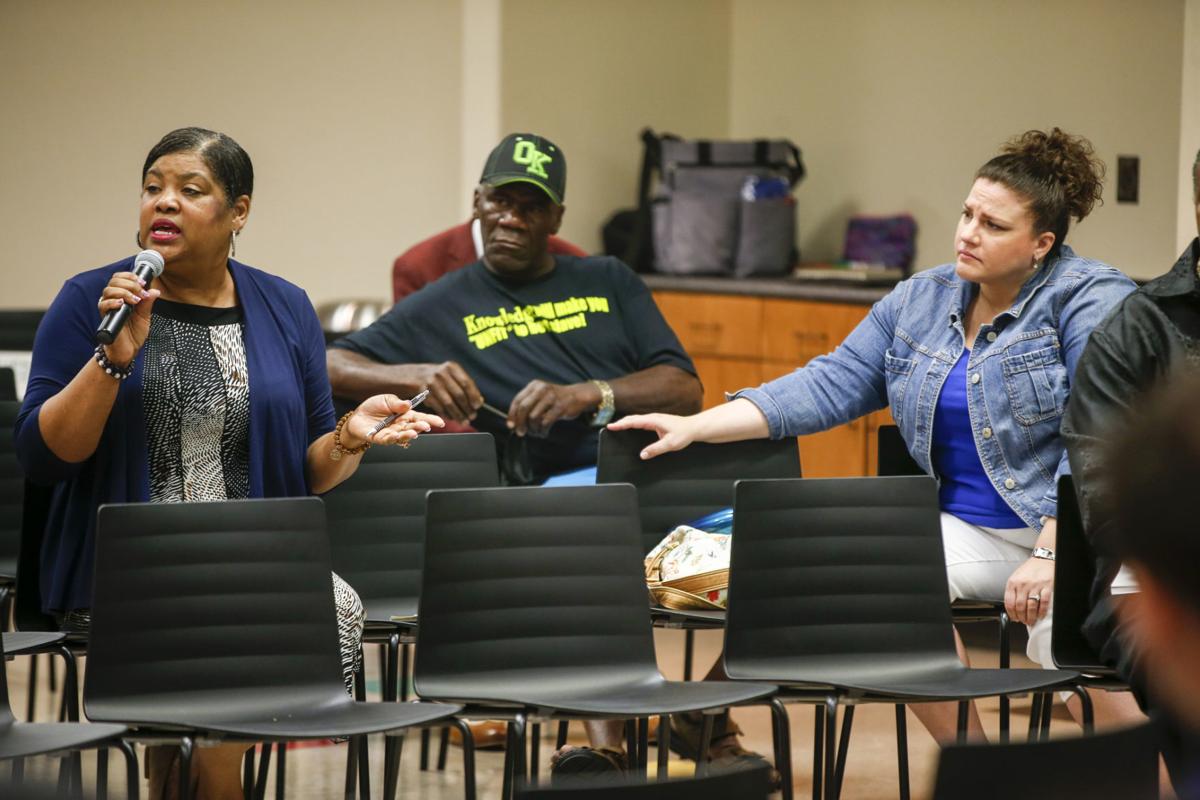 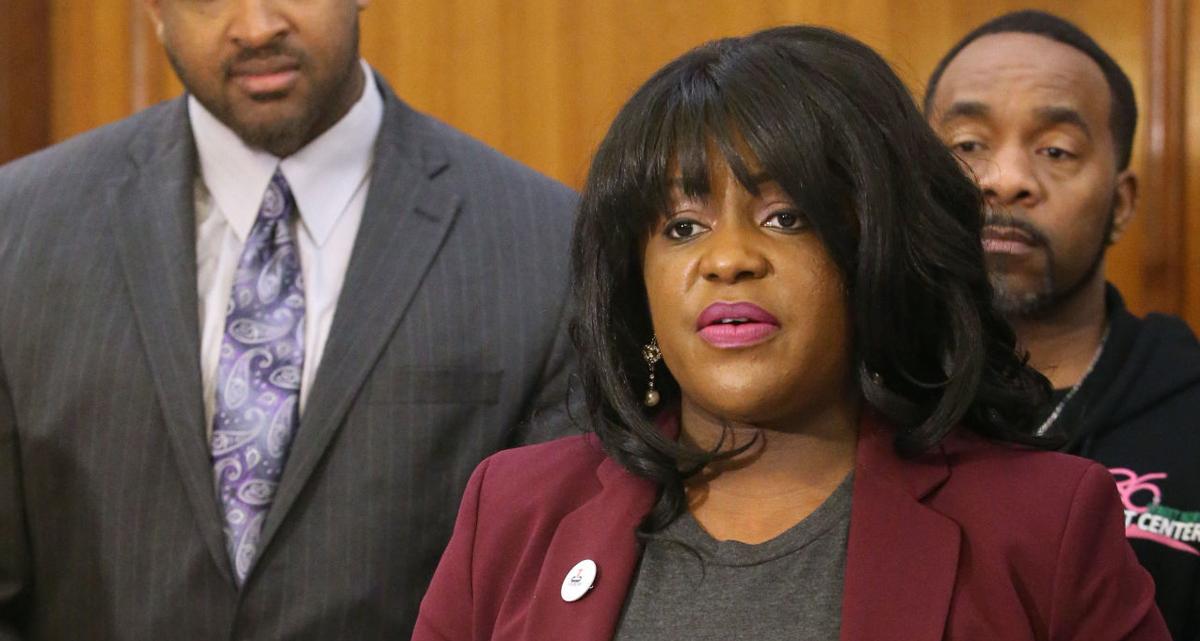 Tiffany Crutcher said Saturday’s meeting at the Rudisill Regional Library was the fulfillment of one of the last things her brother, Terence, told her. MATT BARNARD/Tulsa World file 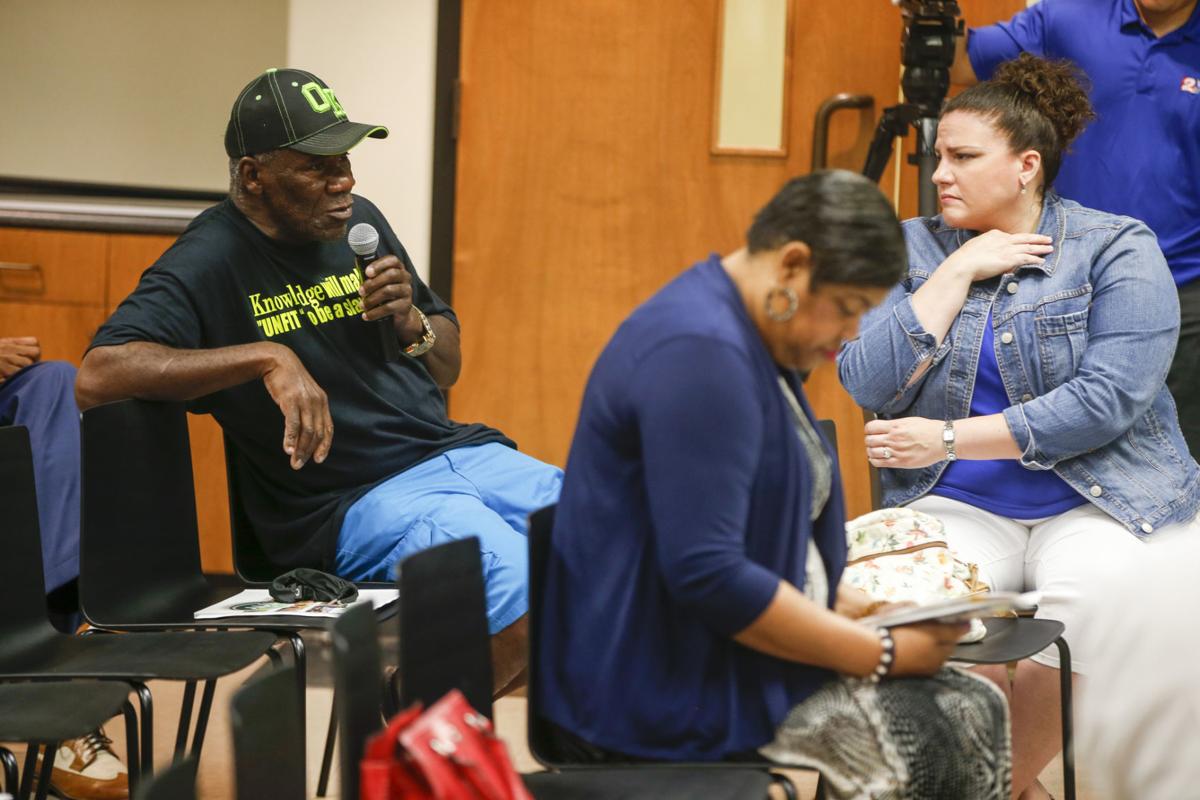 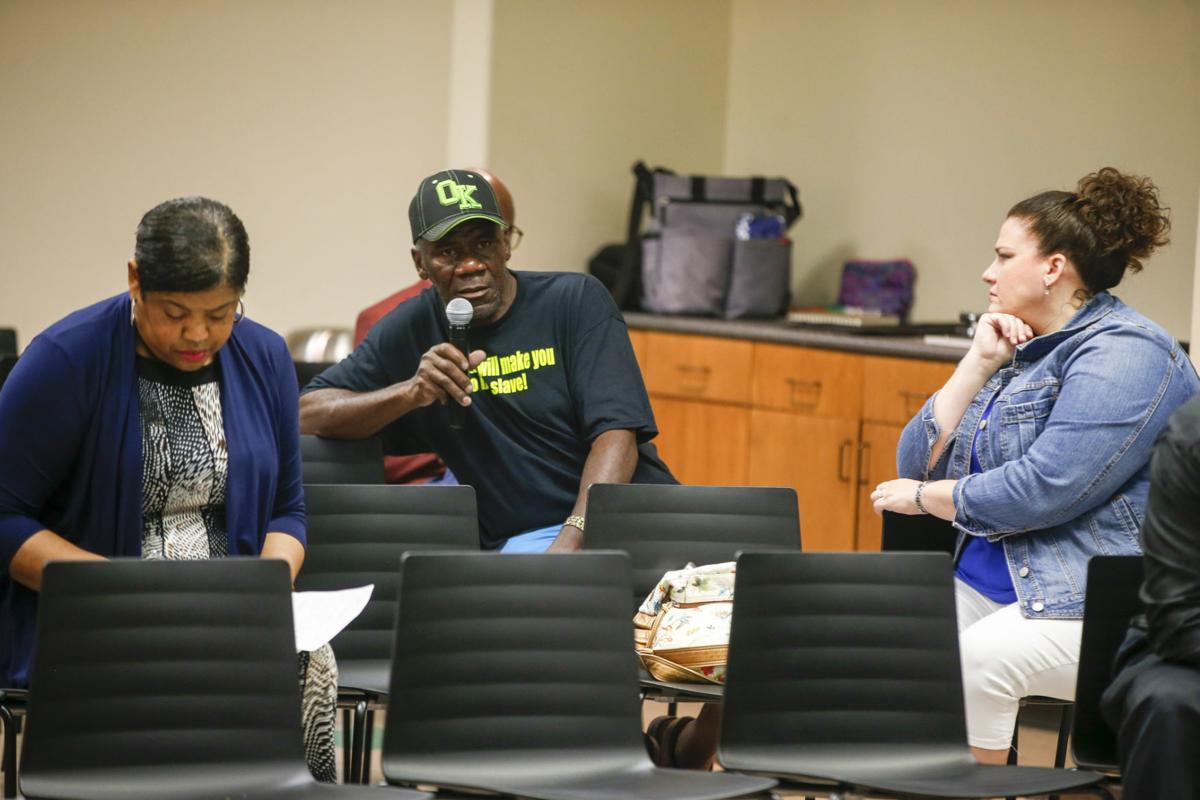 Tiffany Crutcher said Saturday’s meeting at the Rudisill Regional Library was the fulfillment of one of the last things her brother, Terence, told her. MATT BARNARD/Tulsa World file

To see people, organizations and the community come together to talk about Tulsa’s Equality Indicators report is more than vindication for Tiffany Crutcher. Saturday’s meeting at the Rudisill Regional Library was the fulfillment of one of the last things her brother, Terence, told her.

“It means so much to me today to know that Terence’s prophecy is coming to pass,” Crutcher said. “Because one of his last statements to me was, ‘God’s going to get the glory out of my life,’ and I believe today is the manifestation of that statement.”

Tulsa City Councilors held a discussion Saturday at the north Tulsa library on the Equality Indicators report, designed to provide an outlet for more community members to attend and give their input than a traditional Wednesday evening event.

Speakers talked of encounters with police, some in graphic detail and with emotion in their voices, and others spoke of ideas toward improving relations between Tulsa police and the community. Crutcher said it was a step in the right direction for the city and the community.

“I’m just elated that the community came out to share because what that tells us is that this is not just about data, this is about the lives that are being affected by racially biased policing,” Crutcher said. “So it’s so important that the powers that be in this city, including the mayor and the chief of police, I don’t think he’s here but he should be here listening, because these numbers don’t lie and there are stories behind these numbers.”

District 7 Councilor Lori Decter Wright said she and other councilors wanted to go to the public, rather than have the public come to them in the course of a regular meeting.

Wright said the strategy was effective in encouraging community members to be vulnerable and tell those stories harder to tell.

“We needed to be in a more comfortable space where people felt like they could get to it and they could be in dialogue with us rather than more presentational, which we do experience in our chamber,” Wright said. “Through a feedback process with some of the community organizers that are here today, some of the councilors got together and said, ‘Let’s just go ahead and book a room at the library.’ ”

One of the speakers, Obum Ukabam, moved to Tulsa from Ferguson, Missouri, several months ago. He warned the council that the issues discussed Saturday have to be approached as one city, not as two factions divided in how to address the community’s problems.

Without the unified approach, Ukabam said, Tulsa will see the same problems begin to fester that led to protests and riots in Ferguson.

Among other attendees was retired Tulsa police Sgt. Dave Walker, who most recently led the department’s homicide unit. Walker, who has attended other community meetings but only spoke at them recently, said he chose to speak Saturday after comments critical of police officers’ “warrior mentality” on the force.

Walker said he wanted to provide context that officers have to have the mentality when called upon to do the job they signed up for, specifically referencing the scenario of an officer rushing into a burning home to rescue a family before firefighters arrive or going into a home to rescue a child in a hostage situation. He said he wanted to provide the community a law enforcement perspective.

Despite those situations, Walker said he knows law enforcement isn’t perfect, it’s changing in many ways and that officers have to have more than only a warrior mentality. He said since his retirement, he has had time to learn and better understand why there is such a divide between the community and police.

“We are in that position because we know what it’s like to go through the door, we know that feeling,” Walker said. “And now we can educate ourselves on why the community feels the way they feel, why do they feel disenfranchised. That was some of the things I felt when I worked some of these shootings where the community would be angry just because we’re there.