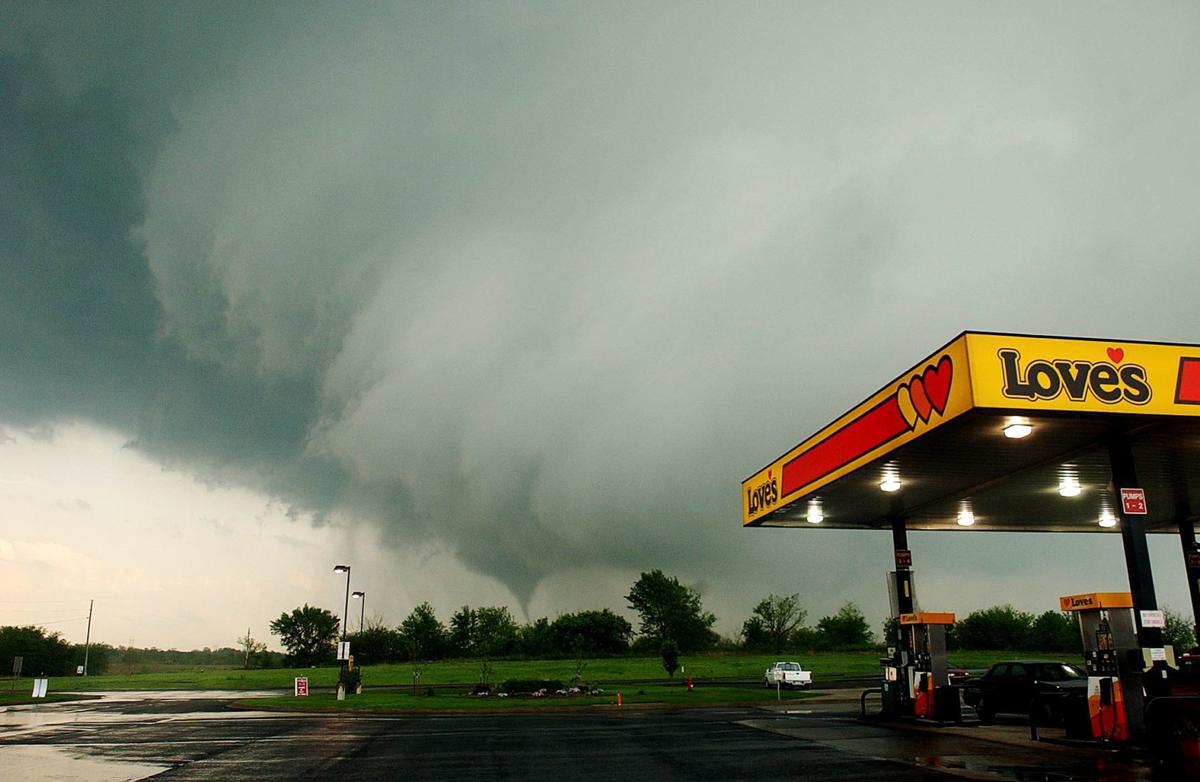 A tornado appears from the bottom of a rotating storm cloud near Chouteau on April 22, 2004. So far, April has been quiet in terms of tornado activity in Oklahoma. Tulsa World File 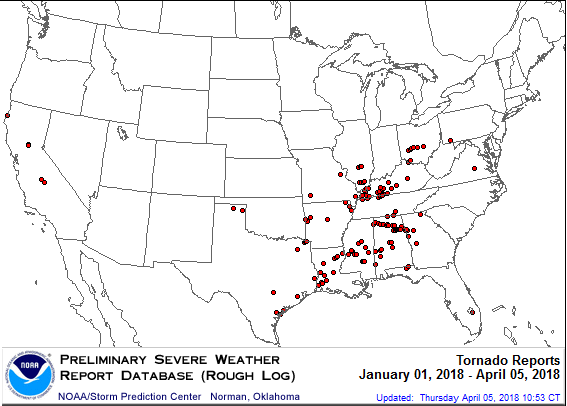 A tornado appears from the bottom of a rotating storm cloud near Chouteau on April 22, 2004. So far, April has been quiet in terms of tornado activity in Oklahoma. Tulsa World File

Photo gallery: The devastation of the deadly 1993 tornado that hit Catoosa and Tulsa

So far in 2018, Oklahoma has recorded no tornadoes, according to the NOAA’s Storm Prediction Center.

Oklahoma also had a slow start to the tornado season in 2017, when the state recorded 13 through the end of April, which were all recorded in March (three) and April (10) that year.

However, 2017 ended up with 85 Oklahoma tornadoes reported, with 57 recorded in May alone.

In National Weather Service records that date back to 1950, Oklahoma averages 56.2 tornadoes per year, with May being the most active month (23.2 on average).

The lowest tornado tally was in 2014, when 16 total were confirmed, according to the weather service.

AccuWeather’s Alex Sosnowski reports that the latest start to the tornado season in Oklahoma was on April 26, 1962.