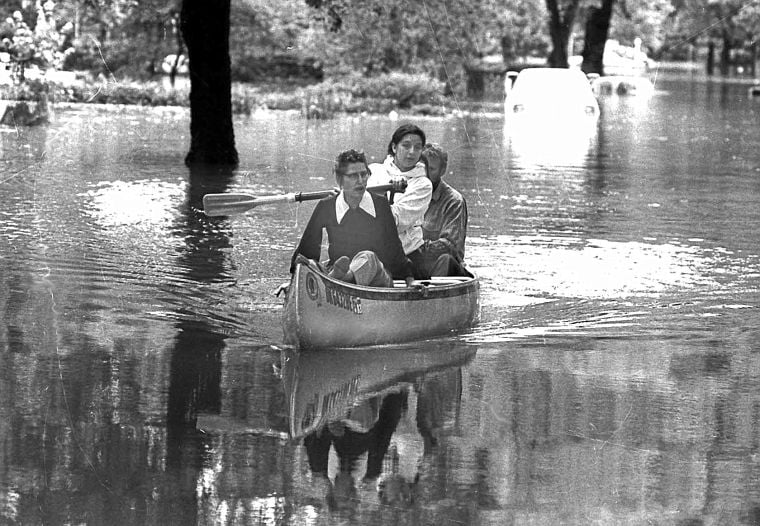 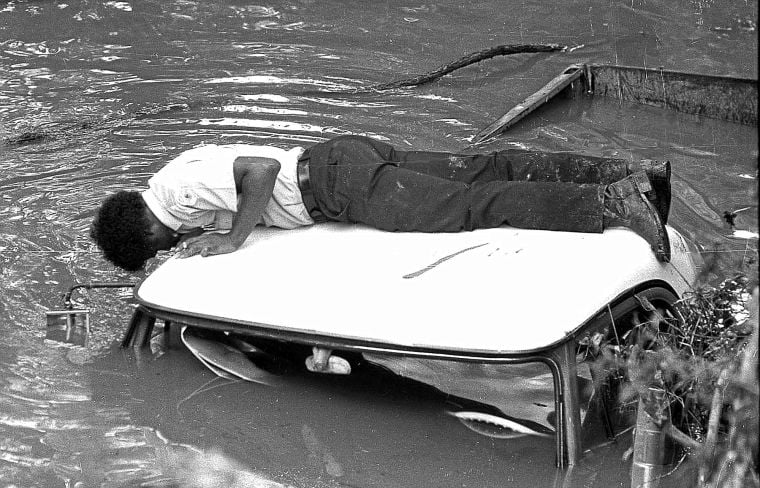 An unidentified Tulsa firefighter searches for drowning victims in a submerged car in Dirty Butter Creek. File photo from the Tulsa Tribune, May 27, 1984. 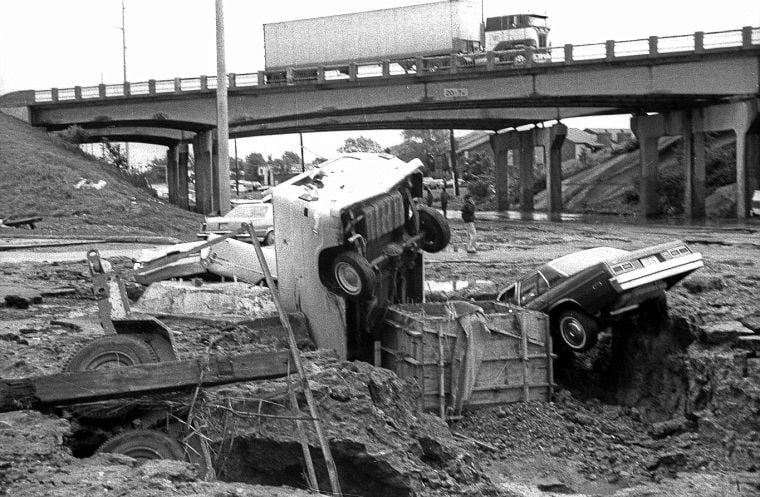 The powerful flood upended cars and trucks between Mingo Creek and Skelly Drive as if they were toys. In all, some 7,000 vehicles were damaged in the flooding, authorities said. Tulsa World File Photo. 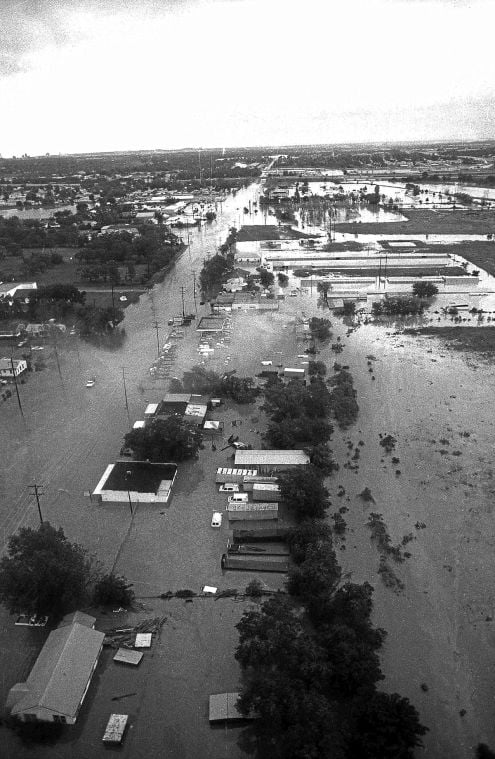 An unidentified Tulsa firefighter searches for drowning victims in a submerged car in Dirty Butter Creek. File photo from the Tulsa Tribune, May 27, 1984.

The powerful flood upended cars and trucks between Mingo Creek and Skelly Drive as if they were toys. In all, some 7,000 vehicles were damaged in the flooding, authorities said. Tulsa World File Photo.

Check out current weather alerts, including watches and warnings, a local radar and five-day forecast at our updated weather page, tulsaworld.com/weather

On a Memorial Day weekend night 30 years ago, after eating at a Brookside restaurant, Kim Nail Little didn’t worry about the knee-deep water, even if her date had to piggyback her across the street in the midst of heavy rain.

“The weather forecasting isn’t near what it is now; you just didn’t pay attention to it,” said Little, now 58.

From Tulsa’s tragedy came an idea to have information beyond just airport radar sites that were updated on an hourly basis, said Howard L. Johnson, retired associate state climatologist with the Oklahoma Climatological Survey.

Johnson, of Norman, was with the Climatological Survey from 1982 to 2003 and remembered the shortcomings of the weather information system during Tulsa’s 1984 flood.

“They didn’t really know what was going on until it was too late,” Johnson said. “They needed a database with real-time information. We didn’t have the Internet; we didn’t have email; our radar wasn’t as it is today.”

Collaboration between the University of Oklahoma and Oklahoma State University along with other private and public agencies, including the Climatological Survey, resulted in creation of the Oklahoma Mesonet, which has sites in every Oklahoma county, including one at Tulsa Community College’s Northeast campus.

“I know whenever we have a weather event coming up, we’re watching,” Ott said. “We start watching the Mesonets out to the west of us during a storm as it’s coming to us.”

Paul Zachary, Tulsa’s city engineer and director of engineering services, was a summer intern with the U.S. Army Corps of Engineers during the 1984 Tulsa flood.

“It was just sickening,” he said. “The looks on people’s faces were like they had just been in a tornado.”

Zachary said storm water basin improvements, buyouts of flood-prone areas, a storm water utility fee and more have made Tulsa safer in the past 30 years.

“We’ve pretty much eliminated widespread flood damage in the city,” Zachary said. “It lifts such a burden off your shoulders.”

Little said she has seen the improvements in forecasts and warnings during the past 30 years.

“I look back and think how lucky we are to have this kind of technology,” she said. “I thought many times how different that Memorial Day weekend would have been, how people would have been safer.”

In the future, Oklahoma Mesonet will be upgrading sites and using newer technologies, but the goal of keeping the state better prepared for storms will remain the same, said Chris Fiebrich, Mesonet manager and associate director of the Oklahoma Climatological Survey.

“It really sets Oklahoma apart as a leader being prepared for a weather disaster,” he said.

About the Oklahoma Mesonet

Source: Christopher A. Fiebrich, manager of Oklahoma Mesonet and associate director of the Oklahoma Climatological Survey