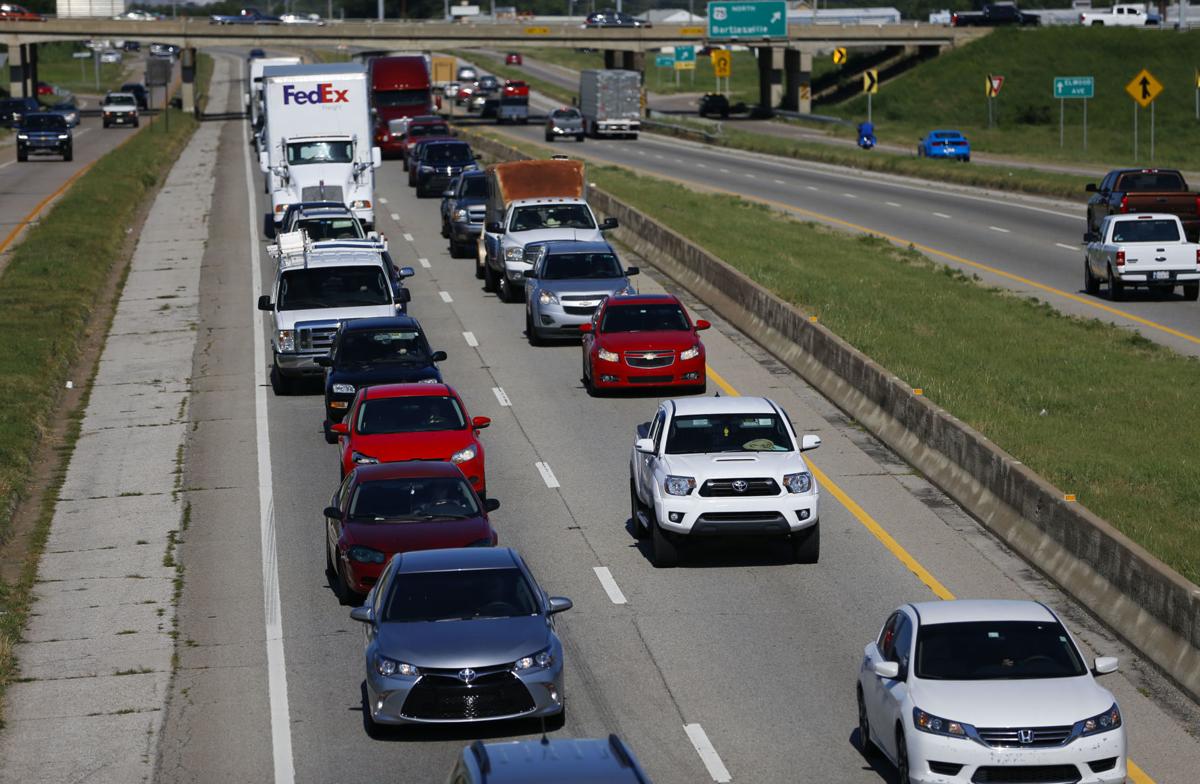 Cars back up on Interstate 44 west. Tulsa World file 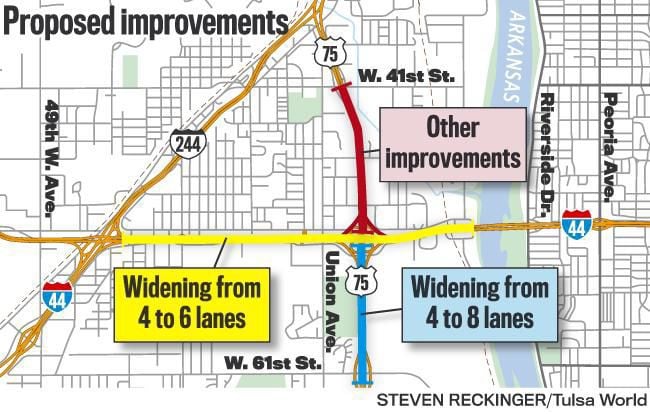 Cars back up on Interstate 44 west. Tulsa World file

Work starts today on I-44 Arkansas River bridge: 'It's going to be a tough one'

The project will widen the road and modify the interchange at Interstate 44 and U.S. 75, said Tim Tegeler, Oklahoma Department of Transportation director of engineering.

A contract of slightly more than $3.4 million was awarded to Poe & Associates Inc.

Finally, a nearly $1.6 million contract was awarded to Garver LLC.

The overall project will include widening I-44 to six lanes from four lanes from the Arkansas River to the I-44 and Interstate 244 western split, said Randle White, Division 8 engineer.

In addition, U.S. 75 will be widened to eight lanes from four from I-44 south to just south of 61st Street, White said.

“There will also be some improvements north of Interstate 44 on U.S. 75,” said Kenna Mitchell, an ODOT spokeswoman.

The agency currently does not have a time frame for all the work on the project to be completed, White said.

“Key phases have not been funded yet,” Mitchell said.

The contracts approved Monday are in addition to a $4 million project that began Monday evening that includes replacing expansion joints on the I-44 Arkansas River bridge and resurfacing two miles of I-44 from the bridge west to near the I-244 junction.

The current project is expected to last until early 2020, weather permitting.

Interstate 44 west of the Arkansas River to I-244 is the oldest remaining section of interstate in the state highway system, Mitchell said.

“It was built before the interstate system was created,” she said.

For people who travel it, the lanes are narrow, she said.

“It is not up to current standards, especially when you look east of the river at all the improvements we did between Riverside Drive and Yale Avenue,” she said.

Division 8, which includes Tulsa County, is projected to receive more than $1.3 billion in projects.