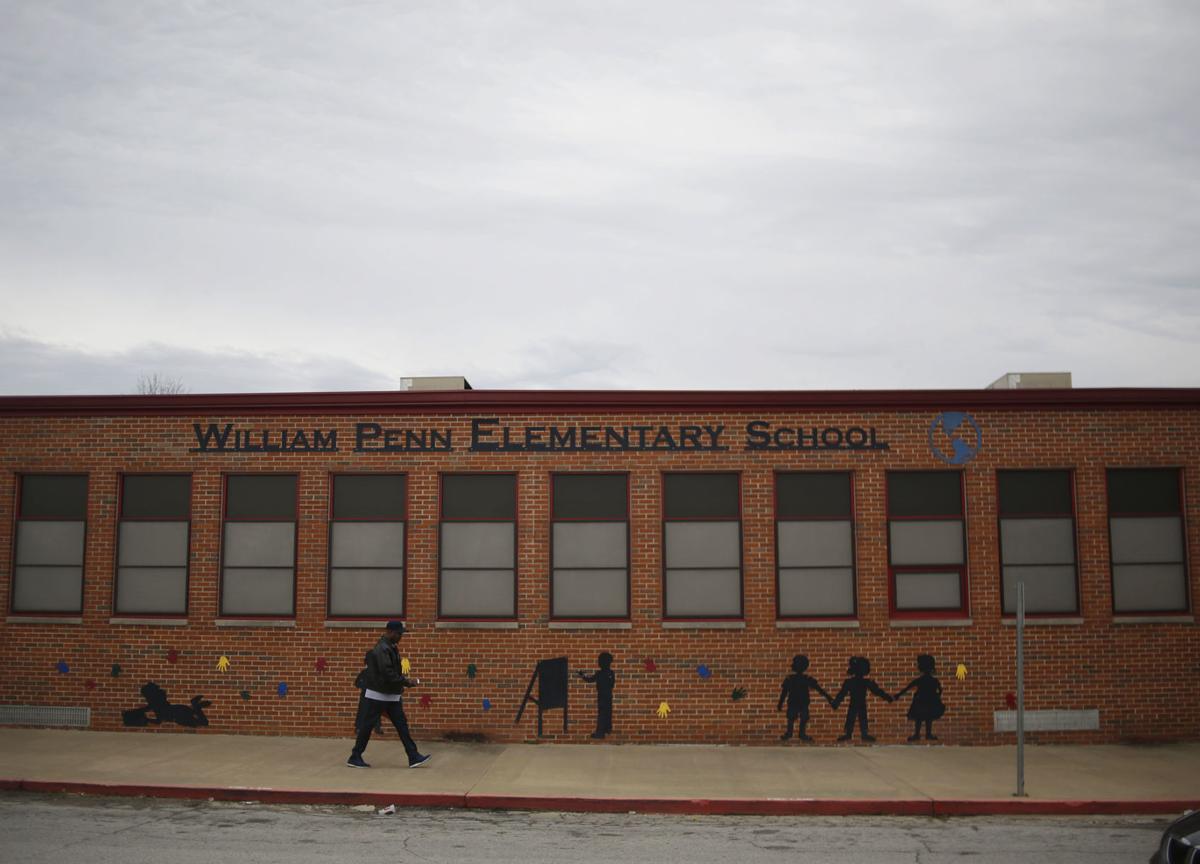 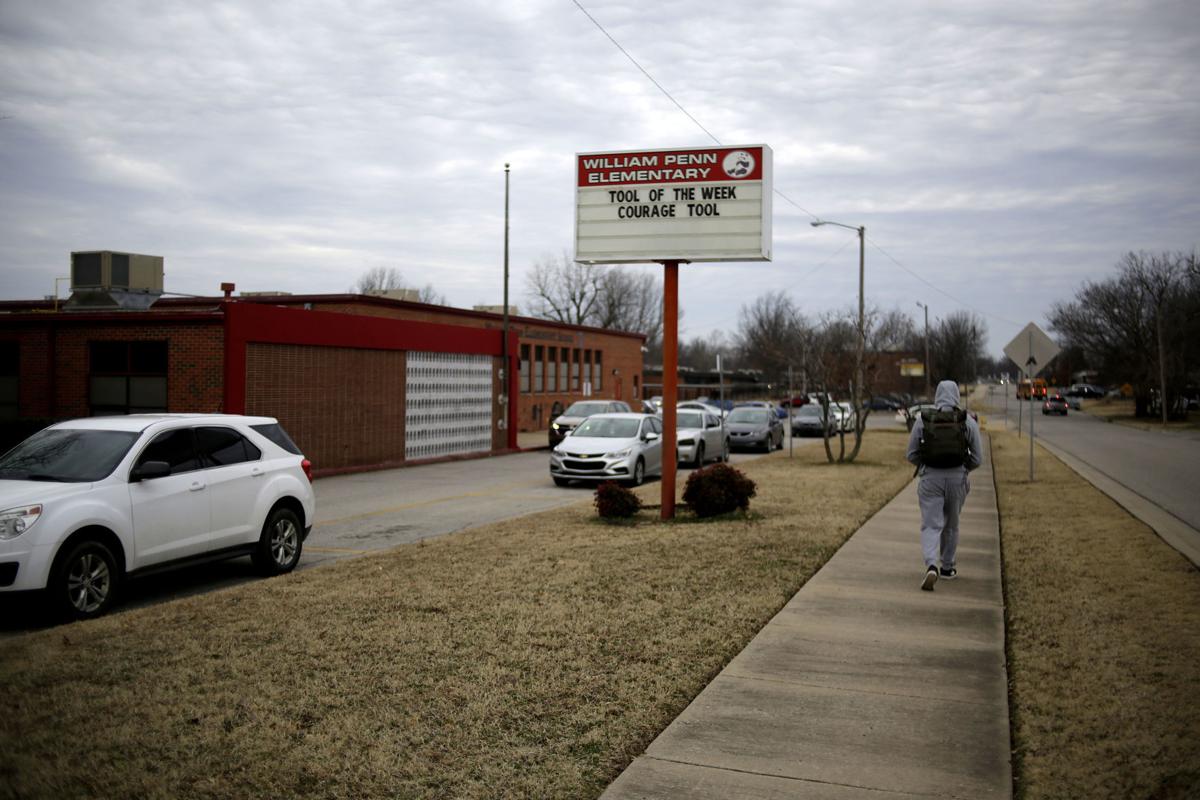 William Penn Elementary School will close and the campus will become part of the new Monroe Demonstration Academy near 48th Street North and Lewis Avenue in Tulsa. MIKE SIMONS/Tulsa World

William Penn Elementary School will close and the campus will become part of the new Monroe Demonstration Academy near 48th Street North and Lewis Avenue in Tulsa. MIKE SIMONS/Tulsa World

Students at Penn Elementary will have to attend school elsewhere next year to make room for a new middle school complex.

The Tulsa school board on Tuesday evening unanimously voted to approve the North Tulsa Community Education Task Force’s recommendation to create a neighborhood school that will serve all sixth-to-eighth-graders in the McLain feeder pattern.

The new school will be called Monroe Demonstration Academy and be located on the combined campuses of the current Monroe academy and Penn, both located near 48th Street North and Lewis Avenue.

Penn will close as part of the approved recommendation, while Monroe will change from a magnet school to a neighborhood middle school. Board members will later vote on modified enrollment boundaries affecting where Penn students attend school in August.

Depending on their home address, those who live in the Penn area and currently are in fourth grade or lower will attend either Anderson or Hawthorn elementary schools. Students who don’t live near Penn can choose Anderson, Hawthorne or their neighborhood school.

Students enrolling in prekindergarten for the 2019-20 school year will have a new neighborhood school, district officials say.

Tulsa Public Schools spokeswoman Emma Garrett-Nelson said the district has significant staffing needs in all areas and is working with qualified staff members at Penn to help them find other positions for which they might be eligible.

“We have talked with the team (at Penn) and shared that they are all members of the Tulsa Public Schools family and will have a place with the district,” Garrett-Nelson said. “We will be working with the teachers over the next few months to ensure that we find a placement that best meets both the needs of our educators and our school communities.”

Officials expect to have positions available for every Penn teacher. Garrett-Nelson said Anderson and Hawthorne likely need additional teachers due to the increase in enrollment from incoming students. Additional teachers at Monroe also will be needed as its student community expands.

Additionally, all students currently in grades 5 and 6 in the McLain feeder pattern will attend the Monroe Demonstration Academy next year. The following schools will no longer serve sixth grade: Anderson, Celia Clinton, Gilcrease, Hawthorne, Springdale, Unity Learning Academy and Whitman.

TPS also will eliminate McLain Junior High and the McLain 7th Grade Academy and send their students to Monroe.

The North Tulsa Community Education Task Force spent four months analyzing how to best serve students in the area before presenting its recommendation in January. Two weeks later, the school board approved a resolution to take the steps necessary to establish a single middle school complex.

Superintendent Deborah Gist and board member Jennettie Marshall created the task force, which consists only of community members, last year to find a solution for the unsustainable McLain 7th Grade Academy.

Its formation came after parents and community leaders opposed the district’s recommendation to shutter the academy and send students back to McLain Junior and Senior High School due to rapidly declining enrollment.

In an email to district employees Tuesday, Gist wrote that a “unified middle school experience” in the McLain feeder pattern will give all students access to specialized programs that create exceptional learning experiences.

“This is an exciting opportunity to begin to create stronger academic and extra-curricular programming for our McLain feeder schools while reducing the number of transitions that our students have throughout their time in school,” she said. “The most powerful thing that can happen in a school is when people rally behind it and believe that its students and teachers can achieve the extraordinary.”

Also during Tuesday’s board meeting, Gist recommended consolidating Gilcrease Elementary and ECDC Bunche to ensure consistency across the McLain feeder schools. The new school would serve students from prekindergarten through fifth grade and be housed at the Bunche building, which is located near 54th Street North and Martin Luther King Jr. Boulevard.

The board is expected to consider the change, which was not included in the task force recommendation, in March. The district will host a meeting for Bunche and Gilcrease parents at 6 p.m. Feb. 26 in the Gilcrease gymnasium. Gilcrease is located just north of Bunche.