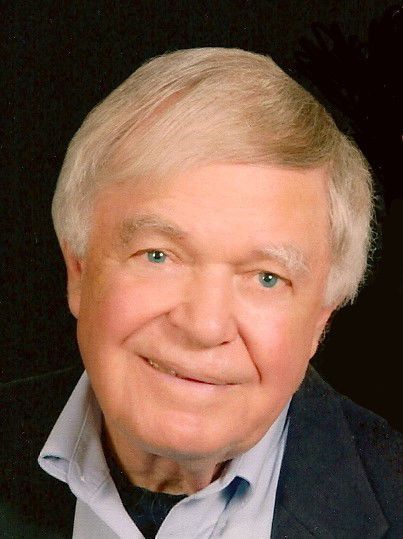 Robert L. Scott, MD Dr. Robert Lewis Scott, 85, respected leader in both professional and community service, died Saturday, July 20, 2019. He devoted his life to learning and caring for his patients, his family and his community. He was respectful of and respected by friends, co-workers, and family.

Dr. Scott was born on April 9, 1934, the second son of Dr. Eugene W. Scott, an organic chemist, and Dorothy Lewis, a nutritionist. His childhood home was Bethesda, Maryland, where he was a member of the Class of 1952, Bethesda Chevy-Chase High School. In 1956 he was graduated from the Johns Hopkins University in Baltimore, Maryland, and in 1960 from the Medical School. He served internship and residency years in the ward service (a famed Osler Medical Service) at the Johns Hopkins Hospital, followed by fellowships in endocrinology at Strong Memorial Hospital in Rochester, New York and at the JHH. He also served as a Captain at Dyess Air Force Base Hospital in Abilene, Texas, and Chief of its Department of Medicine.

During his second year of medical school he married Shirley Scott who was attending and graduated from nearby Goucher College. In the early '60s their three daughters, Cynthia, Susan, and Cheryl were born. In 1967 the Scott family moved to Tulsa for private practice at Springer Clinic. Being the only endocrinologist in the city, Bob saw diabetes patients at diabetes clinics at Saint John, Hillcrest, and Saint Francis Hospitals. As additional endocrinologists practiced in Tulsa, he limited his practice to Saint Francis.

In 1986, he accepted the position as Medical Director of the Diabetes Center at Saint Francis Hospital where he continued to focus on diabetic education and with the financial assistance of the Warren Foundation explored the use of computers in the Center's diabetes practice. Along with serving as President of the Medical Dental Staff of the Hospital, he also was a Clinical Assistant Professor of Medicine at the University of Oklahoma College of Medicine, Tulsa, the Editor of the Journal of the Oklahoma State Medical Association and was elected Fellow of the American College of Endocrinology.

In 1999 Dr. Scott retired from the Diabetes Center to be the Medical Director of Warren Clinic, and later the Chief Medical Officer for the System. He laughed that he had three offices and three computers at one point. When he retired in 2002, he volunteered to serve on Saint Francis's Institutional Research and Ethics Board (IREB) which he later chaired until the fall of 2016. He represented the Board at annual meetings and passed along new practices and concerns. He shared his love of medicine for a year shy of 50 years in Tulsa.

He also was a serious fisherman - dry fly fishing, his favorite - but he sought any fish in any water. He taught his wife and daughters, five grandchildren and friends to fish. He had many bicycle rides and wrecks. He loved reading mystery books in his younger years and political biographies later in life. He was president of his church board, Internist Society, homeowner board, Diabetes Association and a volunteer at Rebuilding Together Tulsa (now Revitalize T-Town). His children, grandchildren and friends will always remember the comic rhymes and the Gilbert and Sullivan patter songs he recited.

He is survived by his wife, Shirley, and three daughters and their families: Cynthia and Alan Treece and son, TJ of Dallas; Susan and Timothy Gaffney, daughter, Erin and son, Lewis of Angel Fire, NM; Cheryl and DL Step and sons, Robert and Thomas of Collinsville. Also, his brother, Paul Scott of Arlington, Virginia, and sister and brother-in-law, Martha Scott and David Morrison of Boston. He will also be remembered by other nieces and by Shirley's large extended family.

To plant a tree in memory of Robert Scott, MD as a living tribute, please visit Tribute Store.
+1
+1