The jerseys of late Los Angeles Laker Kobe Bryant, right, and his daughter Gianna are draped on the seats the two last sat on at Staples Center, prior to the Lakers’ NBA basketball game against the Portland Trail Blazers in Los Angeles, Friday, Jan. 31, 2020. The last game two attended was on Dec. 29, 2019 when the Lakers faced the Dallas Mavericks. (AP Photo/Kelvin Kuo) 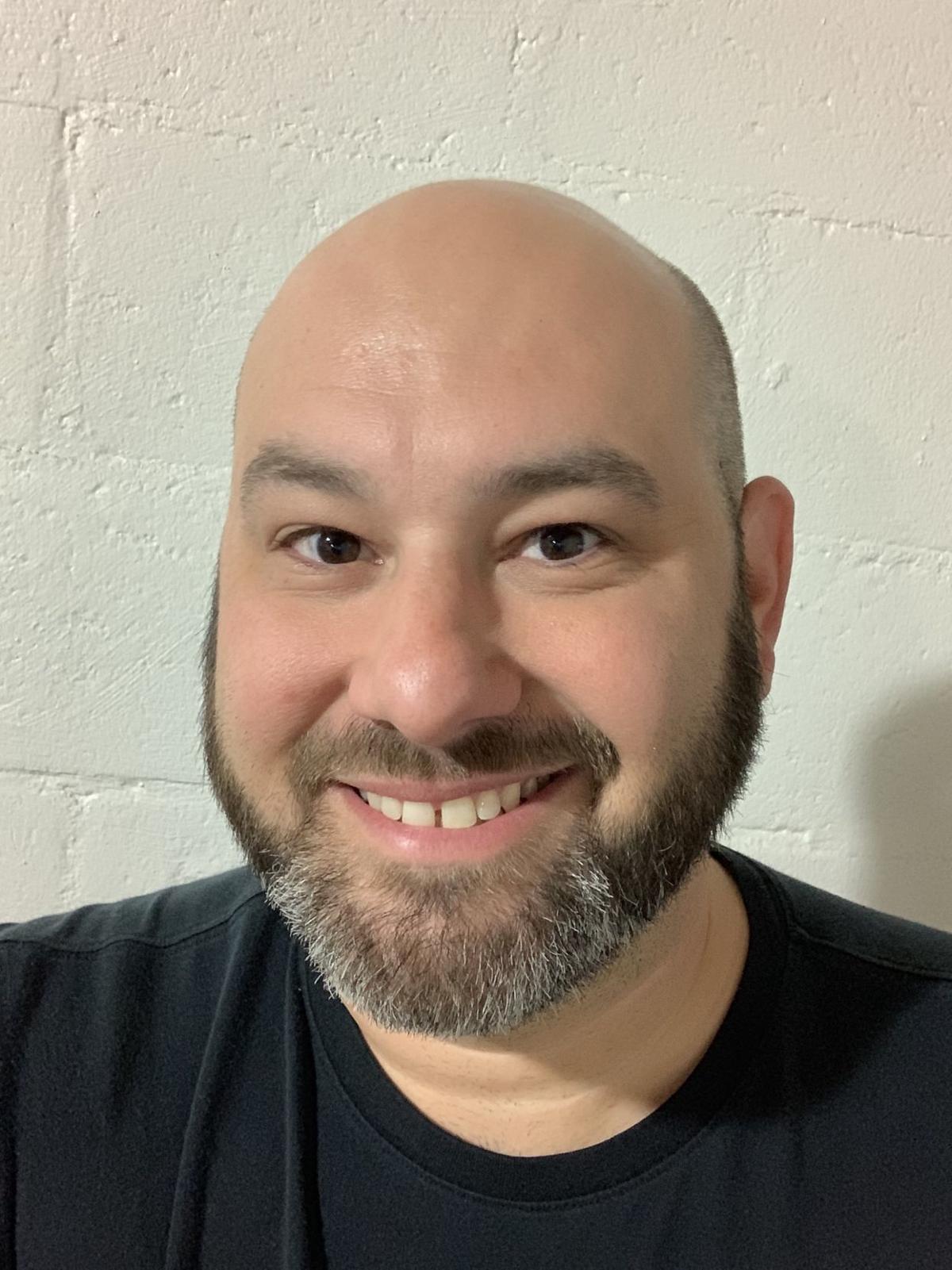 The jerseys of late Los Angeles Laker Kobe Bryant, right, and his daughter Gianna are draped on the seats the two last sat on at Staples Center, prior to the Lakers’ NBA basketball game against the Portland Trail Blazers in Los Angeles, Friday, Jan. 31, 2020. The last game two attended was on Dec. 29, 2019 when the Lakers faced the Dallas Mavericks. (AP Photo/Kelvin Kuo)

Kobe Bryant and I were the same age. He entered the NBA league as a teenager when I, myself was entering adulthood. For much of my adult life, he was the best player on the best team, an iconic international superstar. He was as polarizing as anyone ever was in the NBA. His fans loved his commitment, his killer instinct, his acrobatic shots and his unmatched determination. His detractors thought him selfish and didn’t appreciate that he seemingly patterned his every move after Michael Jordan.

I’ve played as him on video games. I’ve yelled “Kobe!” while tossing trash across the room towards the garbage can. I’ve worn shoes with his name on them. I’ve bought his children’s books for my sons. I’ve yelled at him through the TV for shooting too much. I’ve judged him for the public issues with the young woman in Colorado. I’ve rooted against him at Thunder games and cursed his name as he dominated my favorite team. Whether I wanted him to be or not, he was a part of my life.

I’ve argued that he’s underrated and argued that he’s overrated. I applauded his Oscar win. I’ve learned from him as he broke down film on ESPN. I’ve empathized with him as he sought to redeem and reinvent himself. I’ve appreciated his support for the WNBA and for women in sports. I’ve identified with him as he shifted his focus from the life in which he’d built his identity to a life focused on creative pursuits and family.

I’ve mourned with the world as we’ve sought to make sense of his tragic death.

I was sitting on the sideline of my 13-year-old son’s basketball game when I heard the news that Kobe Bryant and his daughter died in a helicopter crash on the way to a similar basketball tournament. Like so many, my heart was broken at hearing the news. I immediately wondered to myself why I was so saddened by the passing of someone I didn’t know and who was never even amongst my favorite players. I felt silly, even.

In the days since, I’ve read the stories and watched the interviews and highlights. I’ve cried a few times, most unexpectedly at hearing Jimmy Fallon recount a story about going on a beer run with a young Kobe.

I’ve appreciated how the response to Kobe’s passing humanized athletes and entertainers as they’ve recounted their personal stories of being touched by Kobe Bryant’s life. We were mourning together as human beings, all hurt by the tragic loss of another.

We do a thing with people who live in the public eye. We sometimes remove their humanity. We see them as just actors or athletes or politicians. We allow them to be simply a device for our entertainment. We say things to them like “Shut up and play.” We cheer it when Ricky Gervais tells a room full of actors that, “Nobody wants to hear your opinion.” We rate their looks over beers. We say things like, “I hate Tom Brady.” We strip away their humanity, using them for our immediate pleasure. It’s easy to do.

Kobe’s life and death remind us of how very human he was. He was a flawed and broken man, a real person like the rest of us. He was also brilliant and creative and loving. He was handsome and great at basketball, but he was so much more. He was a husband and a father and a friend and by all accounts, he was great at those things, too.

Since his death, I’ve leaned into the many ways in which Kobe Bryant I are the same. It has caused me to hug my wife and kids a little tighter, to be inspired by him to push myself to be great. To pursue unashamedly my creative ambitions and to dive hard into my own life’s next chapter.

I’m not internationally known. I’m not a talented athlete. We’re so different in so many ways, but the things we share are important. This isn’t really an editorial about Kobe and me. It’s about all of us. I’m sad that it took Kobe’s death to cause me to give him his humanity back.

I’m going to let that challenge me to remember that we’re all sharing the same air here, as beautiful, complex, flawed humans working to figure it all out.

If we really did that, how could we treat each other like we sometimes do? Could we ignore the hungry and homeless? Could we exploit others for our own entertainment? Maybe finding and considering our similarities could help us remember our shared humanity and maybe that would make the world a better place.

Thank you, Kobe. May you rest in peace.

Blake Ewing is creative director of OKPOP, the Oklahoma Museum of Popular Culture, and a member of the Tulsa World Community Advisory Board. Opinion pieces by community advisory board members appear in this space most weeks.