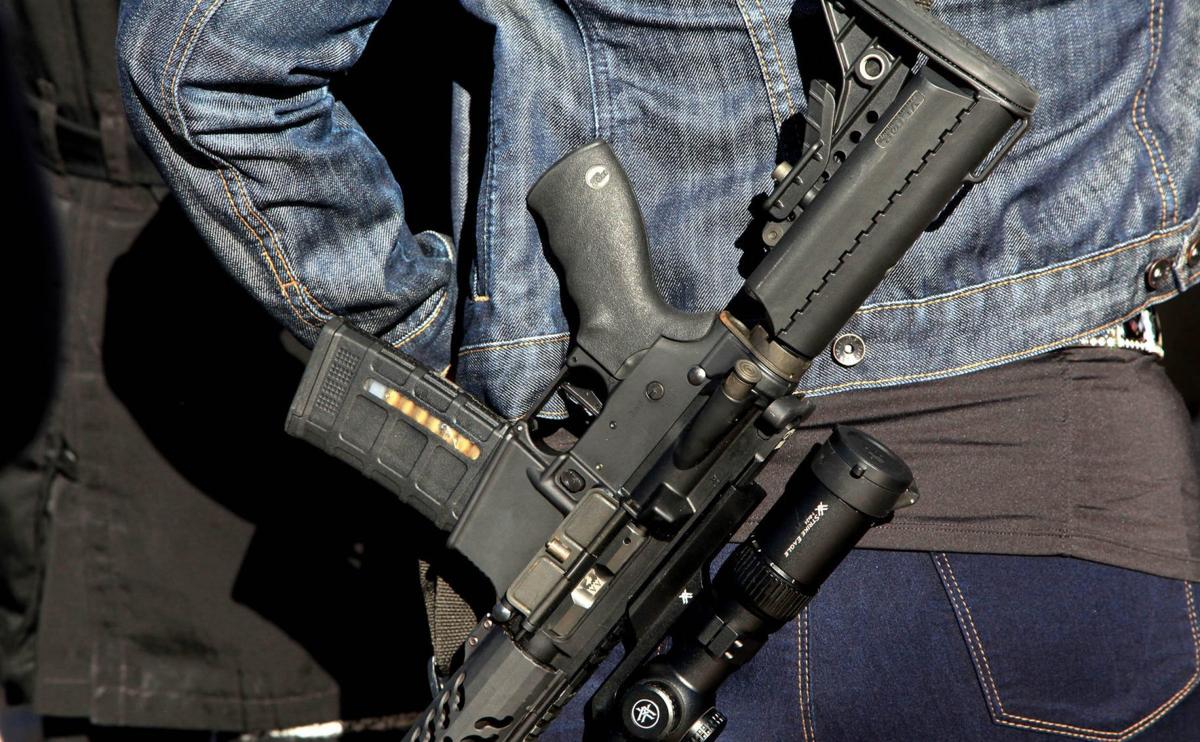 An AR-15 with loaded magazine hangs on a supporter’s back during an Oklahoma Second Amendment Association rally celebrating the first day of constitutional carry on the south side of the Oklahoma State Capitol Friday, Nov. 1, 2019. KELLY BOSTIAN/Tulsa World 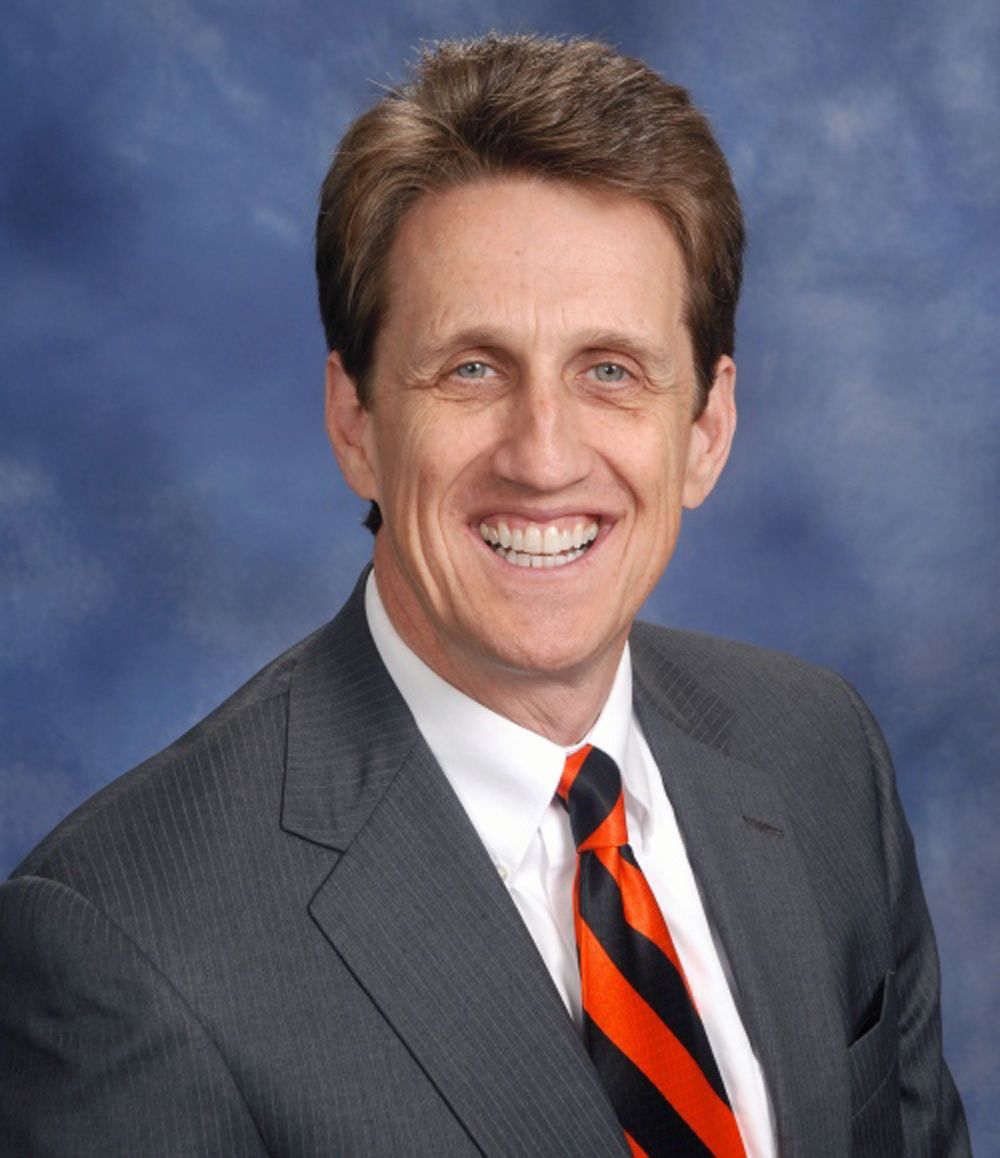 At this time last year, I wrote an editorial voicing concern about escalating violence in our society. There had just been a multiple death shooting at a religious house of worship. I am still concerned.

Now, here we are, a year later, living in a new reality in which state lawmakers have decided it is a good idea to allow more guns to be carried in public places. Additionally, our new reality allows people to do so without training or a background check or a licensing process of any kind. That defies common sense.

We require a license to drive a car legally. That is not controversial because common sense says to operate something that could kill someone else in society requires some training and restrictions. It seems wise to me to apply the same thinking to firearms as we do for motor vehicles.

Do you remember the Sandy Hook school mass shooting seven years ago? Shock reverberated across our country. But unfortunately now school shootings have become so common that they barely register with the news media. Despite increasing security at schools, gun violence set a new high this year, claiming over 3,000 lives. Thousands of dollars are being spent on safety and security in schools, but also in businesses and any other place where large numbers of people congregate.

I remember the Sandy Hook school shooting and how shocking it was that so many children had been killed while they were at school. I was not living and working in Tulsa at the time, but it set off an alarm in my head that schools, and in my case, churches, were going to have to do more to keep children safe and secure. When I arrived to become the pastor at the church I currently serve, one of my early priorities was safety and security. We could no longer assume our children or employees were safe just because they were inside a church building.

In his recent book, “Collateral Damage: Changing the Conversation about Firearms and Faith,” James E. Atwood points out the high costs of gun violence. “One hundred people die from gun violence every day in the United States. Some 50 children and teens are shot. There are more than 35,000 gun-related deaths every year.” He totals the economic costs to exceed $229 billion a year.

Over these last several years our church has installed new locks and cameras and alarm systems. Those are all dollars that could have gone to serve the spiritual and other needs of people in the Tulsa community. Now they are used for security, as we do our best to keep people physically safe.

In addition to the measures we have implemented as mentioned above, we now have hired off-duty police officers to patrol our grounds. We have provided a series of trainings for our staff and volunteers. We have hosted active shooter training. And we are not the only organization expending time, energy and financial resources to keep any who attend a house of worship safe.

Now the recent law that our public officials have passed will cause greater expense and hardship on places of worship and other public places. The signage alone that needs to be posted will cost many of us more than most churches have budgeted for security.

State law allows a house of worship to restrict people from carrying weapon, but that isn’t sufficient. The realization that any person can stroll the sidewalks or stand on the property adjacent to ours with a firearm without training or a license increases the fear and anxiety of people. This new law strips us of the ability to know if we need to react with alarm if we see someone with a visible weapon heading toward our building. It gives a person with a desire to harm others a great cover to enter a congregation without needing to hesitate.

In the many safety and security trainings I have now attended, there is usually an emphasis suggesting our best prevention is to be alert and keep our eyes open for anything out of the ordinary. With this new law that will become exceedingly more difficult. In our training sessions previously we were instructed to notice someone carrying a large bag or wearing an overcoat that might conceal a dangerous weapon. Moreover, we were instructed to certainly sound the alarm if you observed a person with a visible weapon. The previous law helped those of us in public institutions to keep people safe.

This new reality seems to ignore the responsibility that those of us in institutions feel to keep people safe in public gatherings. It seems to ignore the escalating financial burden it is placing on organizations across the state. It seems to ignore the common-sense idea that legalizing loaded firearms of all kinds in the hands of people potentially without any training when large numbers of people gather together is a dangerous situation. It may be popular policy, but it is not good policy designed to protect Oklahomans.

David Wiggs, senior pastor at Boston Avenue United Methodist Church, is a member of the Tulsa World Community Advisory Board. Opinion pieces by board members appear in this space most weeks.