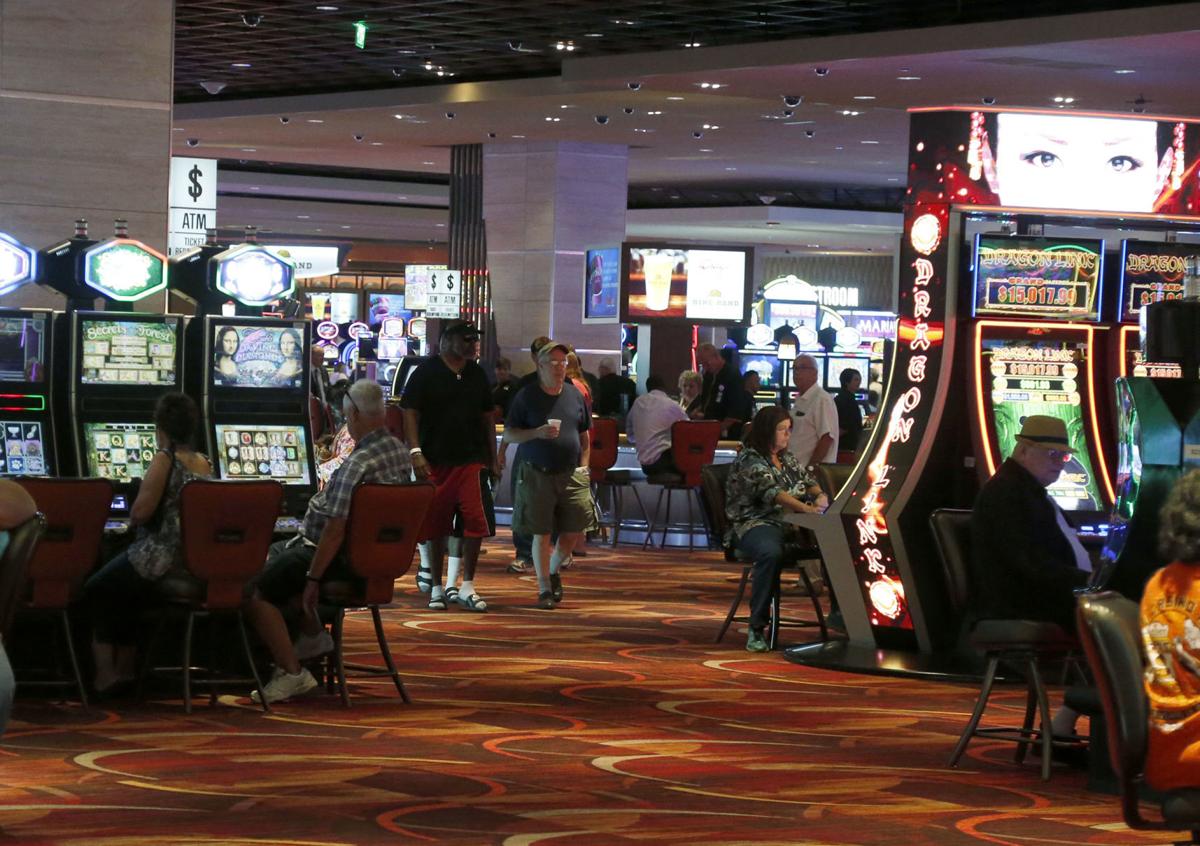 Customers play the slot machines in August at the Osage Casino Hotel in Tulsa. Thirty-one 31 tribal nations operate 131 gaming facilities in Oklahoma with approximately 72,850 electronic games, almost 5,300 bingo seats and other games. The state has said it wants to renegotiate compacts with tribes for future gaming. STEPHEN PINGRY/Tulsa World file 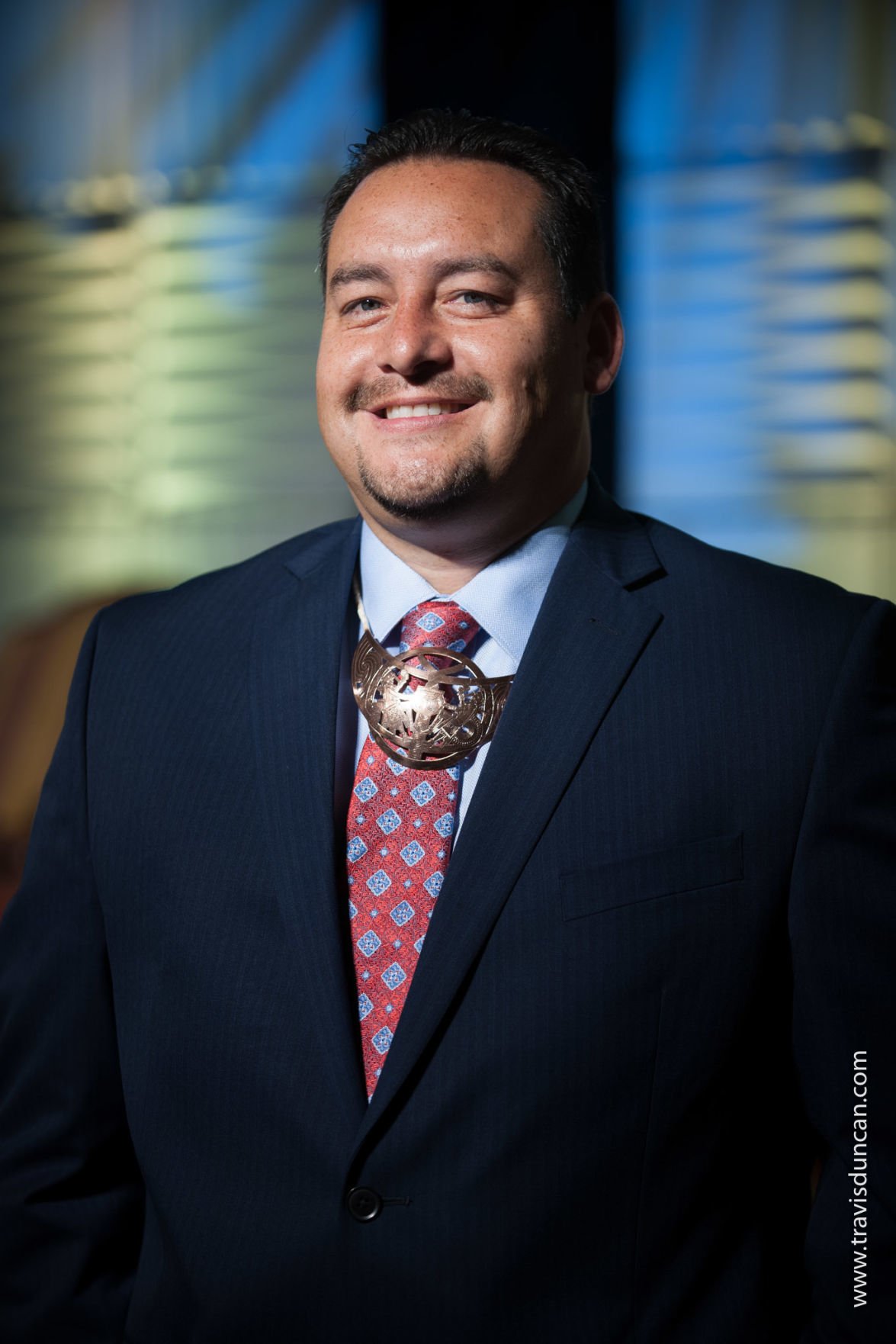 Customers play the slot machines in August at the Osage Casino Hotel in Tulsa. Thirty-one 31 tribal nations operate 131 gaming facilities in Oklahoma with approximately 72,850 electronic games, almost 5,300 bingo seats and other games. The state has said it wants to renegotiate compacts with tribes for future gaming. STEPHEN PINGRY/Tulsa World file

Five Tribes reject Stitt's call to negotiate gaming compacts, 'question his sincerity to work with us'

Oklahoma is the second largest tribal gaming state, with tribal casinos creating jobs for nearly 75,000 Oklahomans, generating $1.6 billion in taxes and revenue-share payments and adding $9.6 billion to the state’s economy.

In 2015, the most recent year for which data is available, induced and indirect impact on the economic output of Oklahoma from both construction and operations was estimated to equal just over $2.2 billion annually, resulting in a total economic impact of $7.2 billion from annual operations and construction. Of that, 60% occurred in rural areas.

In a recent Tulsa World column, Gov. Kevin Stitt opened discussion of a subject that may seem foreign to many Oklahomans: the upcoming negotiations of the compact, offered by the citizens of Oklahoma and accepted by numerous tribal governments, which granted tribes “substantial exclusivity” to limited Class III forms of tribal governmental gaming within Oklahoma in exchange for a percentage of revenue paid to the state by the tribes. Each one of these compacts, including the revenue-sharing provisions, was approved in accordance with federal law by the U.S. government.

It’s important that the people of Oklahoma understand some fundamental facts about the issue. There are some misconceptions out there that need to be corrected.

Stitt writes that Oklahoma’s tribal governmental gaming industry got its start with the passage of State Question 712 in 2004. Indeed, that measure passed by 59 percent; however, tribal gaming in Oklahoma as we know it now began some 15 years prior, following the Indian Gaming Regulatory Act, now 31 years old.

The compacts to which Stitt refers do indeed become open for negotiation (on both sides) for a period of 180 days before their renewal date, which is Jan. 1, 2020, but, significantly, do not terminate. During the 180-day time period, either the state or a tribe “may request to renegotiate the terms of subsections A and E of Part 11” of the Compact, which contain the exclusivity fees.

If the state and a tribe do not agree to new terms, the existing compact automatically renews for 15 more years. That is to say that should the state suggest a term to which a tribe disagrees, or vice versa, the current compacts remain in place.

When the citizens of Oklahoma voted in 2004 to offer a model gaming compact to Oklahoma tribal governments, it was estimated to supplement the state’s education budget by $70 million a year. While it took a little while (1.5 years) to reach that amount, tribal governments have upheld their end of those projects and then some (estimated to be in excess of $145 million this year).

In the past 15 years, tribal governments have paid more than $1.5 billion in exclusivity fees to the state; have provided some 75,885 jobs, primarily to residents in rural Oklahoma, which translates into some $4.3 billion in wages; have brought tens of thousands of tourists to Oklahoma and have created more than a $9.5 billion economic impact.

We celebrate and agree with the notion that Stitt’s job is, as he puts it to “look at everything in state government with a fresh eye and, where necessary, make the difficult decisions that are in the best interests of all 4 million Oklahomans.” However, his assertion that Oklahoma’s tribal exclusivity fees, as enumerated within the compacts, are the “lowest in the nation” is untrue. Multiple compacts have no revenue sharing at all and that his suggestion that most compacts require a fee of 20% to 25% is also not true.

In order to be most effective for all parties, revenue-sharing provisions between tribal governments and states are a product of multiple market factors to ensure the fee is well calibrated for each market. Given the success of the gaming partnership between tribal governments and the state of Oklahoma, I would say that the exclusivity fees are indicative of being well calibrated to the Oklahoma gaming market.

Here are a couple things that I hope Stitt keeps in mind when engaging tribal leaders:

• There are 39 sovereign tribal governments located within the state, each with its own unique history, government structure and economies, which provide positive benefits to individual citizens, local communities and the state well beyond gaming.

• Tribal governments and their gaming industry are a driving economic and cultural engine that will never move their headquarters out of state.

The Oklahoma Indian Gaming Association would welcome the opportunity to sit down with the governor or his designee to further clarify the past, present and our view of what the future of tribal gaming in Oklahoma should be. Already being the third largest gaming market in the country, we share his goal of making Oklahoma a Top 10 state in other industries and look forward to playing an active role in achieving that goal.

Read the story: Meetings serve as 'homicide investigation for Tulsans who we believe were murdered in 1921,' Mayor Bynum says of mass graves search

Five Tribes reject Stitt's call to negotiate gaming compacts, 'question his sincerity to work with us'

The chiefs of the Cherokee, Creek, Choctaw and Seminole nations and the governor of the Chickasaws signed a resolution Friday in Tulsa saying they "reject" the governor's apparent threat to terminate the compacts if they are not renegotiated.

In a letter to the tribes, Gov. Kevin Stitt said the compacts will expire and renegotiation is needed. The chairman of the Oklahoma Indian Gaming Association disagrees, saying they are willing to talk, but the compacts are evergreen.

In a recent opinion piece, Gov. Kevin Stitt said “most” tribal compacts nationwide include gaming exclusivity fees that pay states 20% to 25%, compared to the 4% to 6% that Oklahoma gets from its compacts which were agreed upon more than a decade ago.