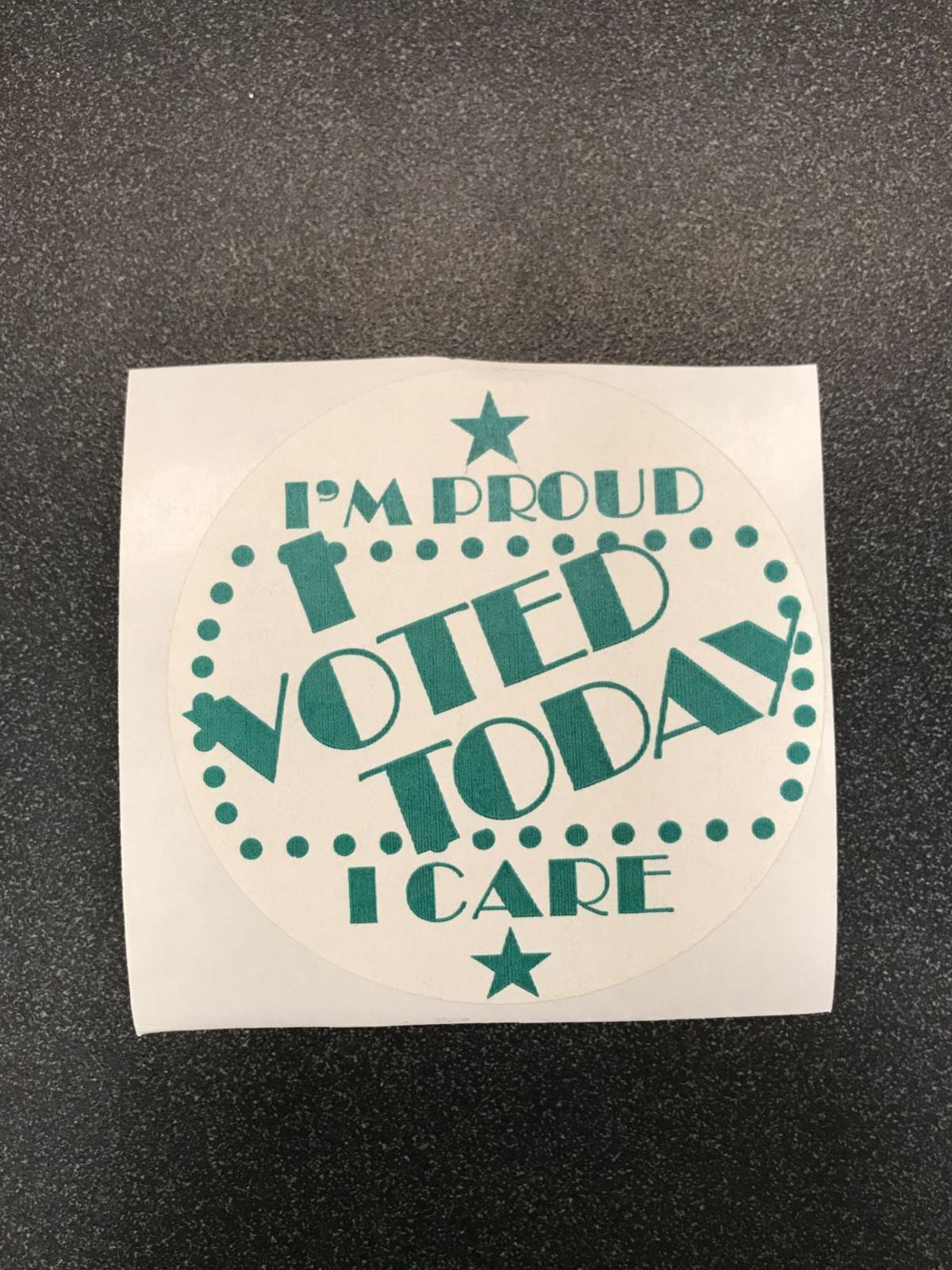 The Oklahoma Election Board still has a copy of one of Lee Slater’s early “I voted” stickers. Courtesy

Pictured in 1988, Lee Slater was the state election secretary for 18½ years and four presidential elections. In 1976, he came up with the idea for the “I voted” sticker.

The Oklahoma Election Board still has a copy of one of Lee Slater’s early “I voted” stickers. Courtesy

Pictured in 1988, Lee Slater was the state election secretary for 18½ years and four presidential elections. In 1976, he came up with the idea for the “I voted” sticker.

I’m not going to make you read to the end of this one to get the punchline of the story.

Lee Slater has never been issued an “I voted” sticker.

That’s odd, you see, because Lee Slater invented the “I voted” sticker.

When I was growing up, Slater was the stentorian voice of Oklahoma elections.

Turn on the radio on Election Day and there would be Mr. Election — Mr. Slater — telling you the useful information that the polls would open from 7 a.m. to 7 p.m. and that every registered voter was welcome.

From 1971 to 1988, Slater was the Oklahoma Election Board Secretary, the guy who was responsible for shaping a lot of other good things about how we elected people, processes still in use today.

It was 1976, Slater remembered for me in a recent telephone conversation, and the state was looking for a way to increase voter turnout.

Anecdotally, election officials had heard from voters who somehow missed the news there was an election until late in the day.

Slater admits that his idea was based on absolutely no scientific evidence — just a hunch really — but he figured that the state could use people who showed up at the polls early to advertise the election to everyone else.

So, they designed some green-and-white stickers — the state’s official color — with three simple, related messages: “I’m proud,” “I care,” and — stamped over the top —“I voted today.”

There was some pretty quick evidence that the idea was going to catch on, Slater said.

People who worked at the state Capitol and voted by absentee ballot were in his office on Election Day demanding stickers. They were getting harassed by people who thought they were shirkers.

One of those absentee voters who didn’t get a sticker was Slater himself.

He lived in Logan County at the time, but worked at the Capitol, and needed to be there all day on Election Day.

Anyway, the idea got written up by a professor in a trade publication for election bosses and not long after that — to use the term anachronistically — Slater’s big idea went viral.

An entrepreneur simplified the message, shifted the color scheme to red, white and blue and, pretty soon, everyone was using them.

“As the current Election Board Secretary, I can tell you Lee’s legacy is found in many of the things that are now considered standard procedure for elections in Oklahoma,” said Election Secretary Paul Ziriax. “The ‘I voted’ sticker is no exception.

“I know Lee personally. He’s an innovator and a champion of Oklahoma elections. He saw a need to get voters involved in the process and realized that the way to do that was to enlist the public themselves.”

The Tulsa World also takes some pride in the inventive Mr. Slater, who started out his career as a political reporter from our local newsroom.

Clinton Riggs, the Tulsa police captain who gave us the yield sign ...

and Sylvan Goldman, the Oklahoma City grocer, who gave us the shopping cart ...

and Carlton Magee, the Oklahoma City lawyer and newspaper editor, who gave us the parking meter ...

and Lee Slater, the state election secretary, who gave us the “I voted” sticker.

Wayne is the editorial pages editor of the Tulsa World and a political columnist. A fourth-generation Oklahoman, he previously served as the World’s city editor for 13 years and as a reporter at the state Capitol of four years. Phone: 918-581-8308