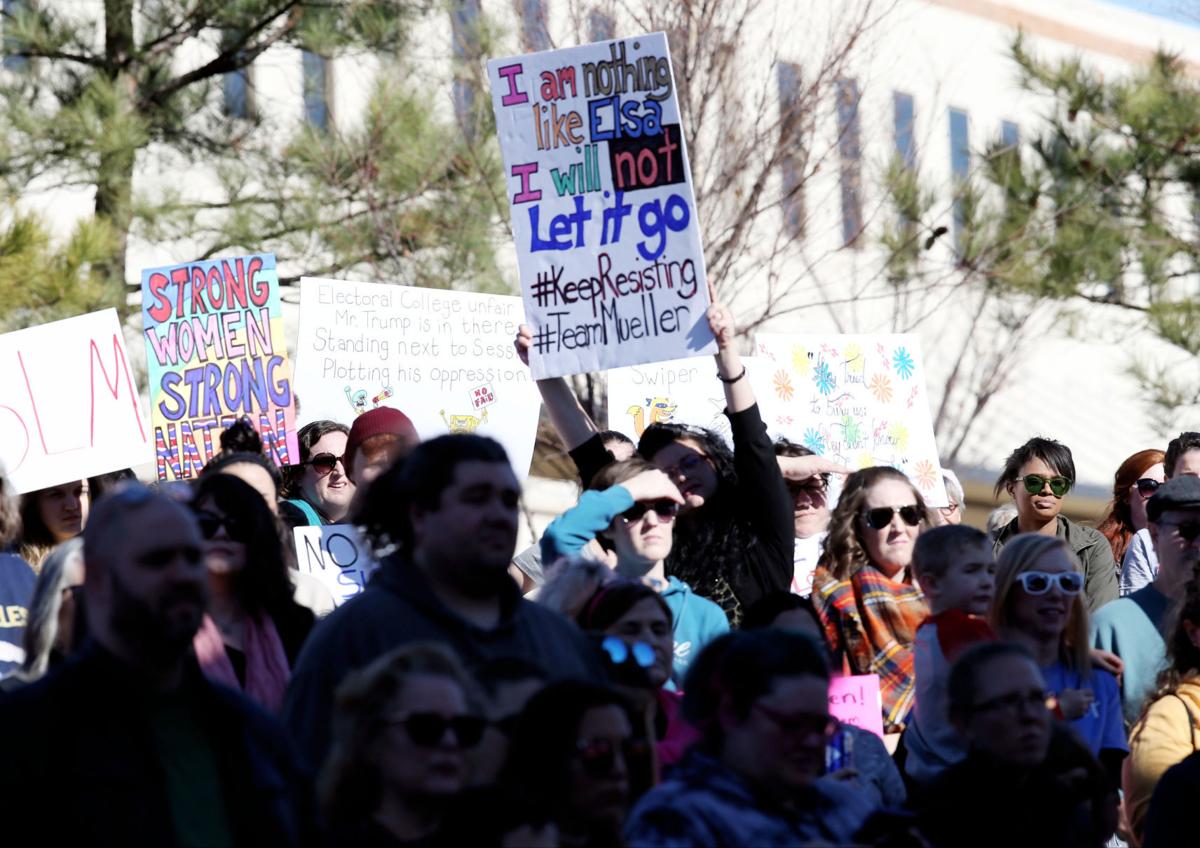 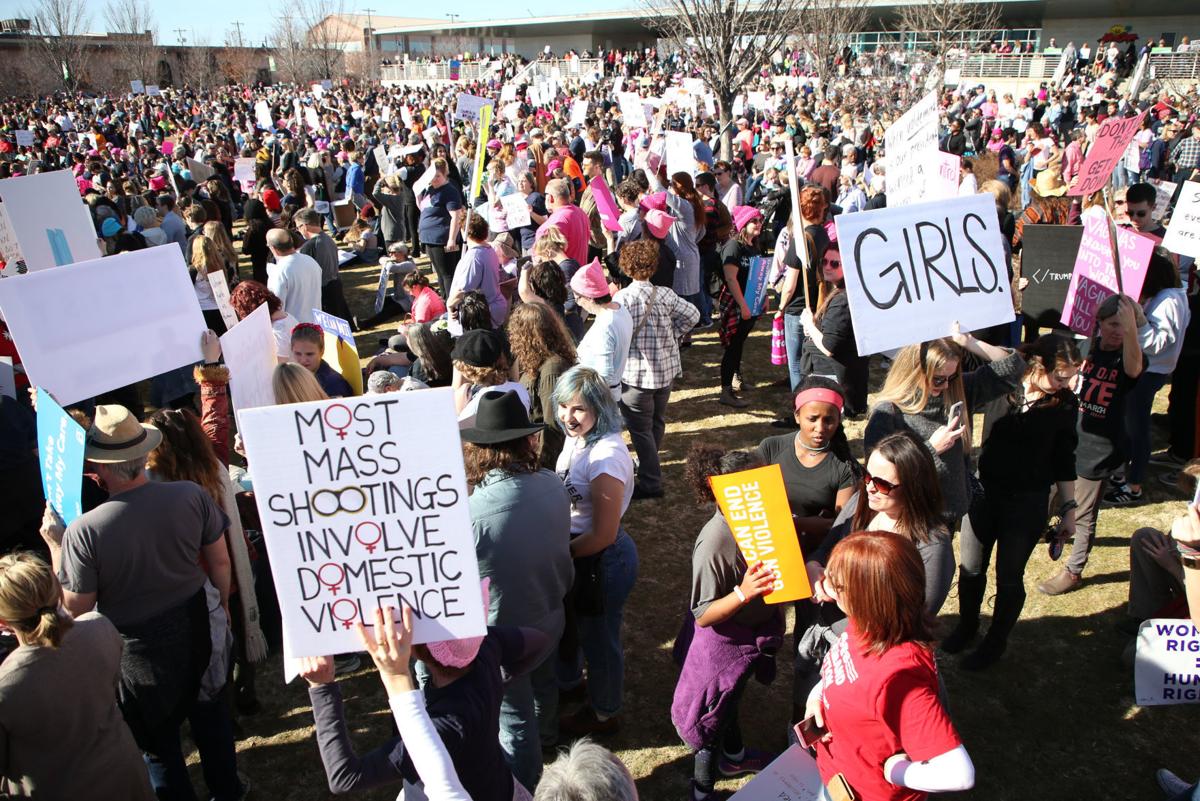 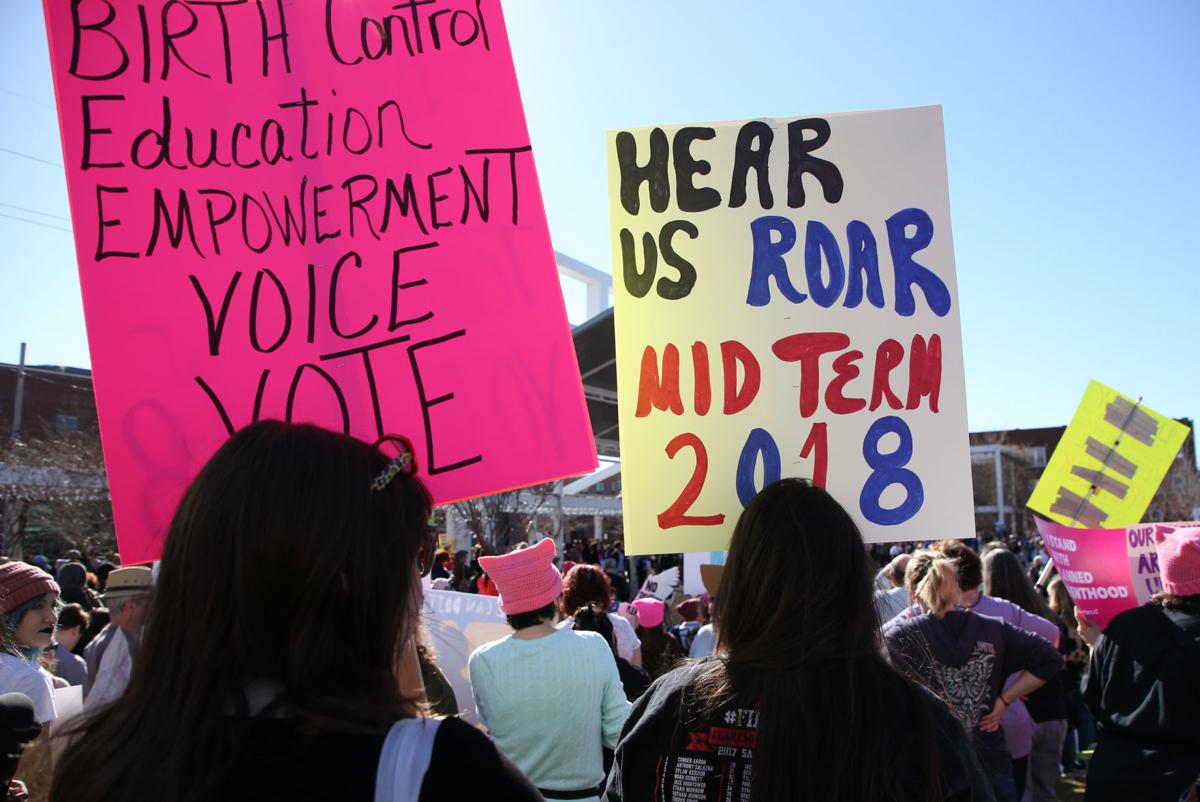 Break out the pink hats. Paint the pithy signs. Tulsa women are marching for the third straight year.

Organizers of the Jan. 18 event at the Guthrie Green acknowledge the national marches have become associated with liberal ideology. But that’s not what they want.

“It’s not about red or blue. It’s about supporting one another,” said co-organizer LeAnn Crosby, founder of Just a Push Foundation. “It was never intended to be a Democrat-only march. We understand why people feel that way, but we do not want anyone to feel left out. We want anyone who wants to be there to come and be with us. We are about empowering and unifying women.”

Crosby took over as a co-organizer of the local march last year with the intent of widening the tent of women.

“I am marching to empower individuals and for women to feel good about their lives and celebrate accomplishments,” Crosby said. “But while it’s good to celebrate, we cannot go backward.”

The national Women’s March started after the election of President Donald Trump in 2016. His past comments about women were troubling, along with the more extreme rhetoric coming from the right wing.

That first year brought out an estimated 4.1 million in the U.S. and another 300,000 worldwide.

This led to a deeper conversation about the culture around gender and sex bias in all aspects of life. The marches morphed into broader themes reflecting a myriad of concerns from women.

That doesn’t mean women agree on these issues, far from it. It means these are some things that impact and worry women.

Women can advocate for pay equity, child care affordability and health care access but have different ways of getting there.

The point of the Tulsa march is to recognize and seek understanding among the diversity of women. It is, as stated, meant to move in a constructive way toward finding areas of agreement.

A woman can hold a pro-Trump sign and still acknowledge his language toward women has been offensive. A woman holding a pro-choice sign can be respectful of another who holds a religious objection.

Women have marched for gains in cancer research, a cure for lupus, improved public education and changes in policing.

They have marched for the right to vote and to end voter disenfrachisement of minorities.

All these women can share the same space. Coexistence isn’t easy, but it’s possible.

It would be nice if women demonstrated to the world how this can be done.

“We have different experiences, backgrounds, opinions, politics, but the main thing is to have a common goal. If we don’t agree, then we need to have a basic level of respect,” said co-organizer Cammilia Holmes. “Most people recognize and understand this.

“We can acknowledge someone else who does not hold the same beliefs. At the end of the day, that’s OK. For us, we want everyone to have the same rights.”

Just imagine: opposing groups not screaming at each other or hurling insults. Everyone could use more listening, especially going into a presidential election year.

Organizers are still adding to the slate of speakers and would like for a diverse representation. They say there is still time for a group to request a slot on the agenda.

The Tulsa march will have booths for information about nonprofits and charities. The League of Women Voters will be on hand to register voters.

“It is about unity and coming together. We don’t want to be separated or divided,” Crosby said. “We are pro-empowerment. We are about equality for all people. We want everyone to be treated in the same manner.”

Men are invited to the party.

“We want men to know they are welcome,” Holmes said. “Bring your sons and daughters and be an ally with us. That unites us as well.”

No matter how women’s marches across the U.S. are promoted, the Tulsa organizers say this event is about all opinions.

Women are constantly being divided. The march gives a chance for one afternoon to break down the divisions.

“I always encourage people to come out and see for themselves,” Holmes said. “Come together, observe and celebrate. We might not agree, but we can be supportive. The march was never about anti-Trump, at least it never was for me.”

Noon on Jan. 18 at the Guthrie Green, 111 E. Reconciliation Way. The march will go to the John Hope Franklin Reconciliation Park. Speakers will begin at 12:30 p.m.