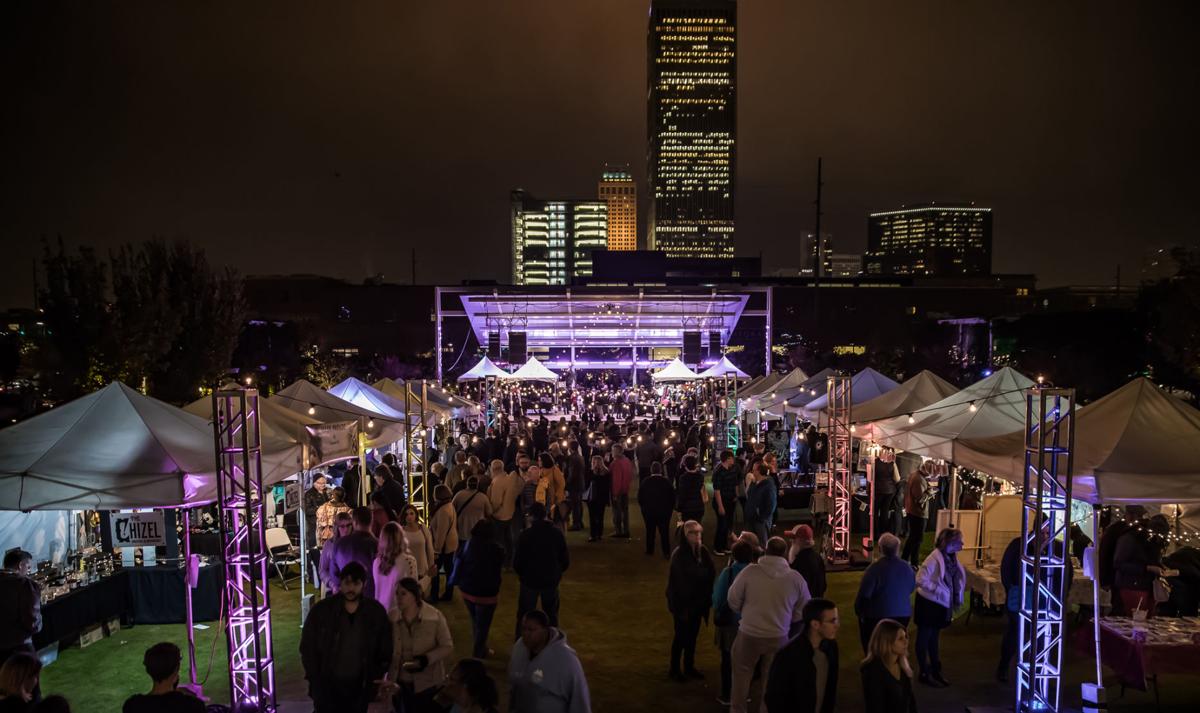 Art Market After Dark: A Nocturnal Emporium at the Guthrie Green will showcase more than 50 local artists with original works on display and available for purchase. Courtesy/Phil Clarkin 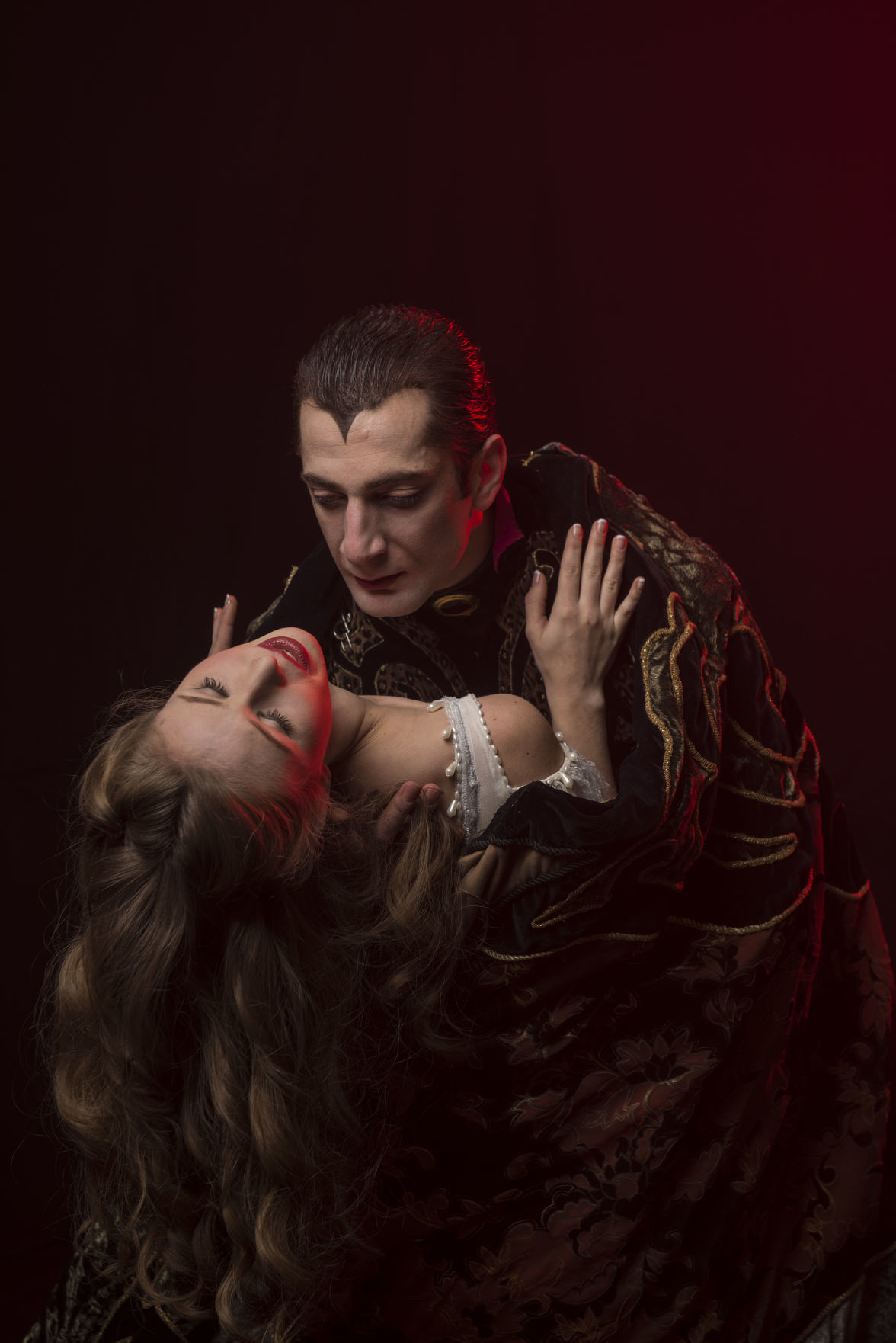 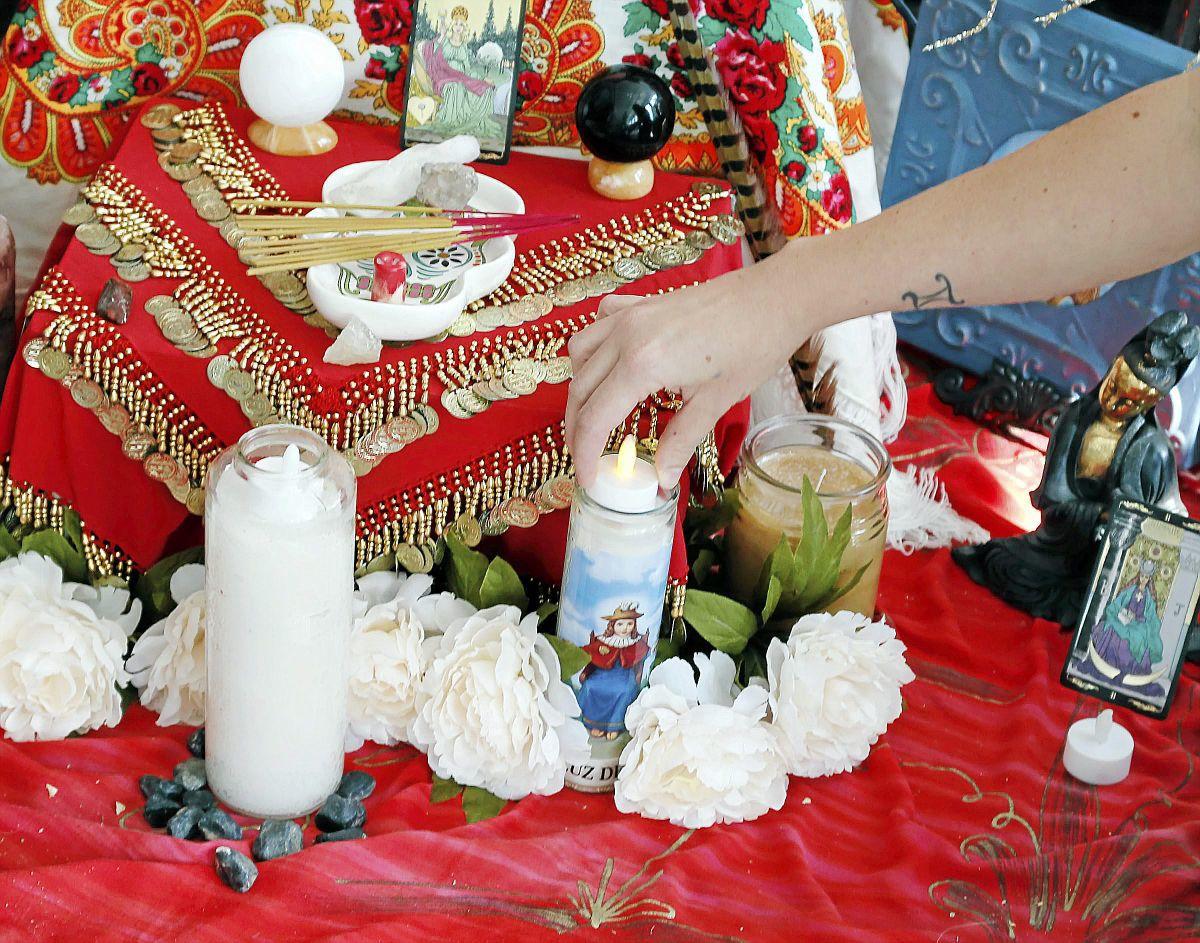 Living Arts of Tulsa’s annual Day of the Dead festival will include presentations of the play “Hamlet, el Principe de Denmark,” which will be performed among altars built by people in the community. STEPHEN PINGRY/Tulsa World file

Art Market After Dark: A Nocturnal Emporium at the Guthrie Green will showcase more than 50 local artists with original works on display and available for purchase. Courtesy/Phil Clarkin

Living Arts of Tulsa’s annual Day of the Dead festival will include presentations of the play “Hamlet, el Principe de Denmark,” which will be performed among altars built by people in the community. STEPHEN PINGRY/Tulsa World file

The Tulsa Arts District’s First Friday Art Crawl will have a new element this month with the return of Art Market After Dark: A Nocturnal Emporium, held on the Guthrie Green, 101 E. M.B. Brady St.

This unique event will showcase more than 50 local artists with original works on display and available for purchase. John Hammer, who curated the art market, along with Josh Stout, John Wagers, Hayley Lee and Emily Webb, will be creating new paintings during the evening.

The evening’s live entertainment will be headlined by acclaimed vocalist Julianna Barwick, a Brooklyn-based musician who incorporates abstract vocals and soundscapes to create an emotional and ethereal experience. She uses multiple loops of sound, instruments and vocals in her recordings to create multilayered electro-organic tracks. Barwick has worked with the producer of Sigur Rós in Iceland, Radiohead, Yoko Ono, Philip Glass and the Flaming Lips.

The various galleries and art venues within the district will be open, with most of them presenting new shows.

One of the most revolutionary compositions in music history, Beethoven’s Symphony No. 3 in E-flat Major, Op. 55, the “Eroica,” will be the subject of the first in a proposed series of concerts by the Signature Symphony at Tulsa Community College to explore a given piece of classical music in depth.

Composed in 1803-1804, Beethoven’s Third Symphony was groundbreaking in its scope — its first movement was about as long as complete symphonies by Beethoven’s contemporaries, including Haydn and Mozart — and its emotional range, ushering in what would become known as the Romantic era in music.

Beethoven originally wrote the symphony as a tribute to Napoleon Bonaparte, but when Napoleon named himself an emperor, Beethoven changed the symphony’s subtitle from “Bonaparte” to “Eroica,” the Italian word for “heroic,” adding that it was “composed to celebrate the memory of a great man.”

The first half of the program will feature music director Andrés Franco discussing aspects of the symphony’s composition, structure, themes and history, illustrated with performances of musical passages by the orchestra. The second half of the concert will be a performance of the complete symphony.

The orchestra will hold a free open rehearsal of its preparations for this concert at 6:30 p.m. Thursday, Nov. 1, at the VanTrease PACE.

Hamlet meets Day of the Dead

“Hamlet, el Principe de Denmark” takes the well-known story of a young man determined to avenge his father’s “murder most foul” and sets it within the context of the Day of the Dead celebrations as practiced in many Latino countries.

Tara Moses, who is directing this bilingual production, stated that “this is a play for theatre lovers, first-time goers, the Latinx community, those who speak Spanish, those who don’t and everyone in between. The story we’re telling is powerful and deliberately nuanced, so that all who experience this poignant piece will walk away talking about the story, not wondering what was said.”

The play is being presented as part of Living Arts of Tulsa’s annual Day of the Dead festival.

“The play opens with three people placing ofrendas (offerings) on the altars of their loved ones, and while you are watching the actors on stage, you’re surrounded by altars built by people in our community here in Tulsa,” director Moses said. “That was definitely one of the reasons for the decision to perform in the round in this absolutely perfect venue.”

‘Barnum The Musical’ to open

For those who thought the story told in the Hugh Jackman film “The Greatest Showman” would make a great stage musical — it’s already happened.

“Barnum The Musical” debuted on Broadway in 1980, mixing elements of musical theater with those of the circus. It was nominated for 10 Tony Awards and won three.

Theatre Tulsa will bring the story of the life of P.T. Barnum to Tulsa stages, as it presents “Barnum The Musical.” The musical by Mark Bramble, Michael Stewart and Cy Coleman covers Barnum’s life in the mid-1800s, when the impresario was beginning to find his first successes.

The company is also collaborating with the Calliope Youth Circus to include a full range of acrobatic and circus stunts within the production.

“ ‘Barnum’ provides a wonderful challenge for Theatre Tulsa, because it uses so much circus-style spectacle and stunts,” Kopp said. “Our work with Calliope adds an extra ‘wow’ factor that you won’t see in any other show this season.”

The cast stars Scott Black as P.T. Barnum and Margaret Stall as Charity Barnum. Other featured actors include Fletcher Gross as the Ringmaster, Lydia Gray as Jenny Lind, LaKeysta Tipton-Goree and Joice Heth and Dustin Harmon as Tom Thumb. The production is directed and choreographed by Pete Brennan.

Tulsa Ballet drives a stake through the heart of its production of “Dracula,” with a final matinee performance.

Ben Stevenson’s ballet version of Bram Stoker’s classic Gothic thriller combines the beauty of classical dance, the spectacle of a Broadway musical and all the scares one expects for an iconic tale of horror.