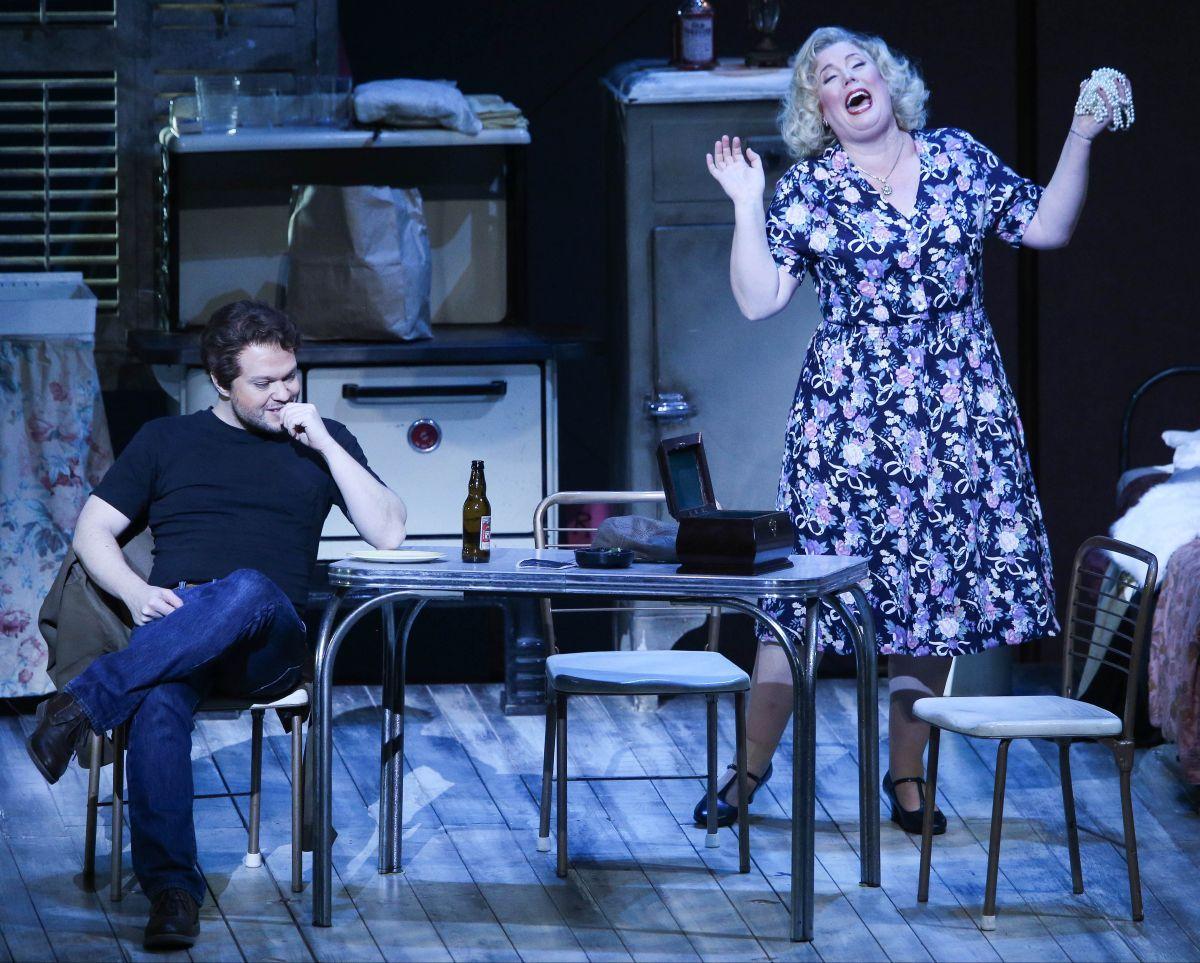 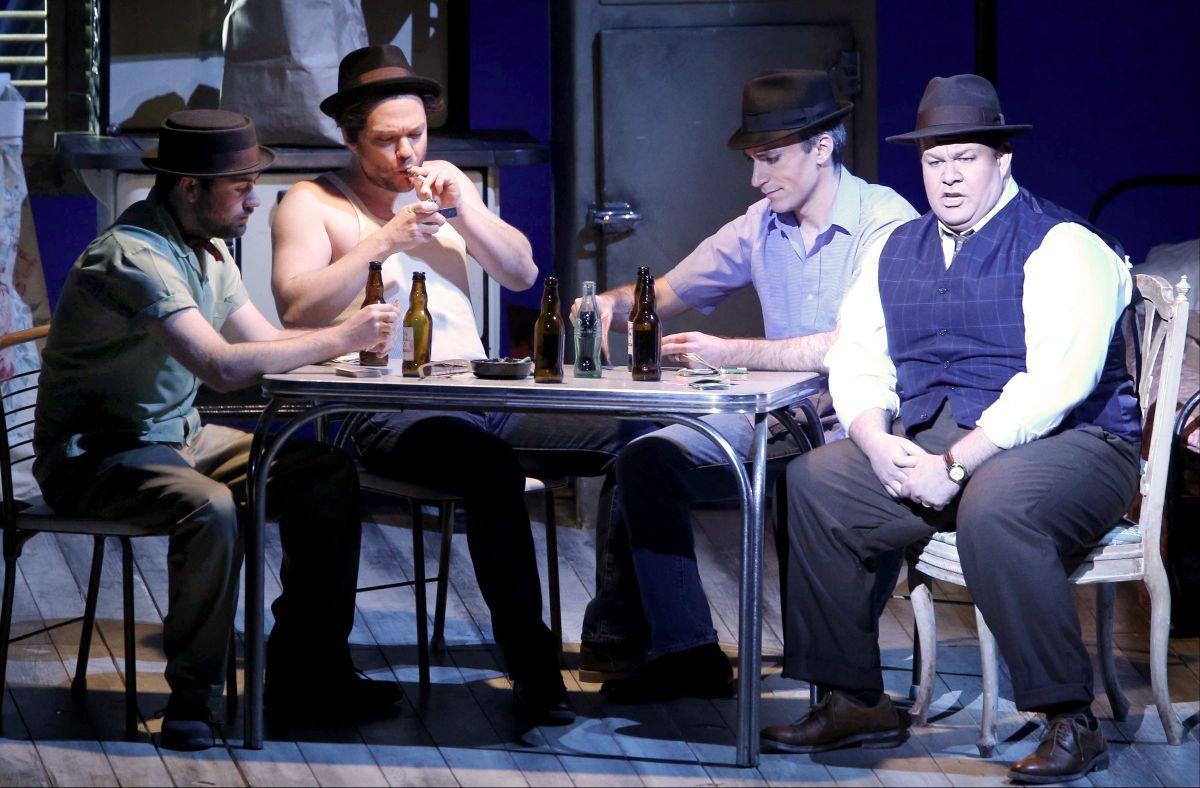 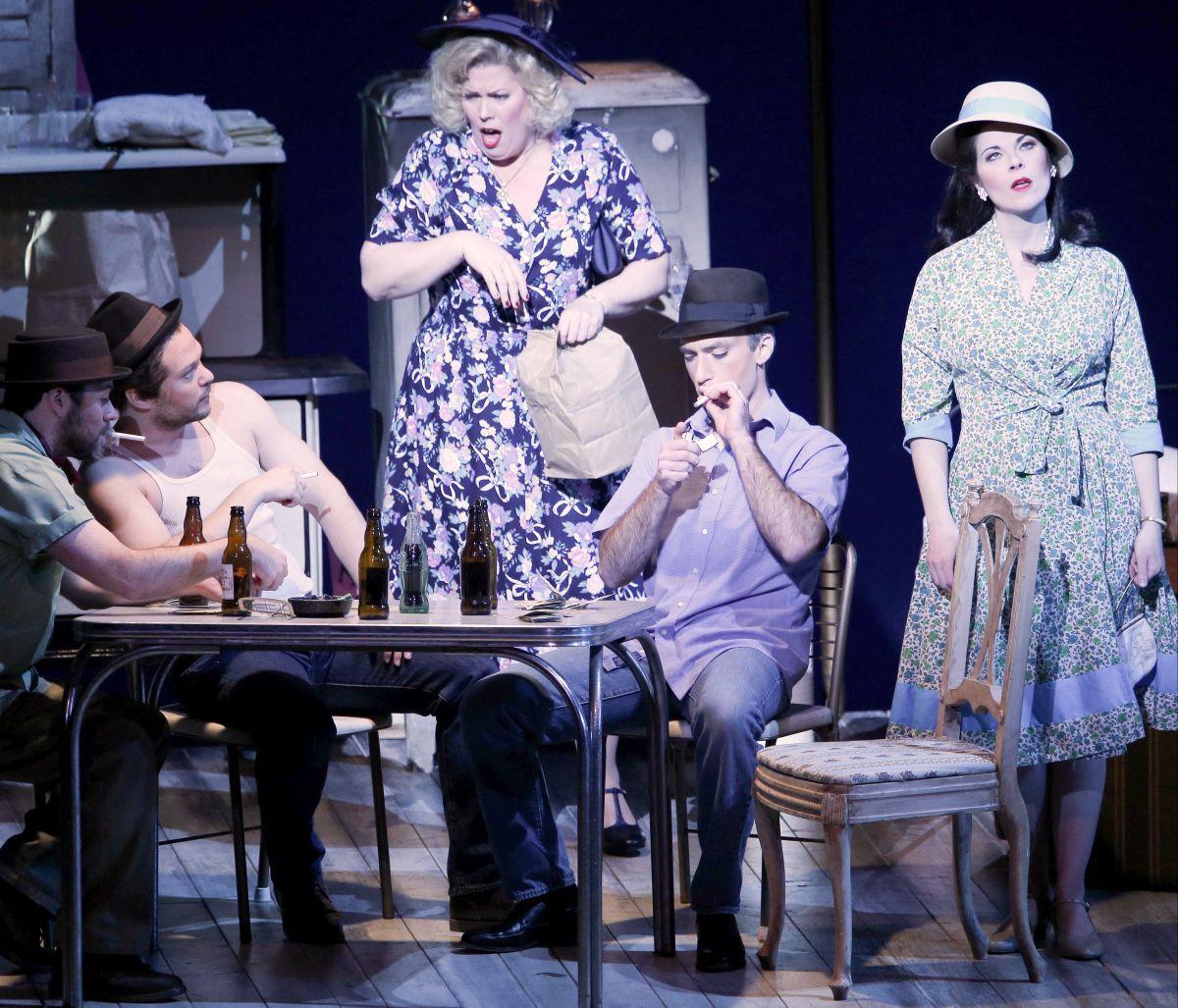 Blanche (Caroline Worra, center) and Stella (Sarah Jane McMahon, right) prepare to go out for the night in this scene from “A Streetcar Named Desire” by Tulsa Opera. JIMMY BROWN for the Tulsa World

Blanche (Caroline Worra, center) and Stella (Sarah Jane McMahon, right) prepare to go out for the night in this scene from “A Streetcar Named Desire” by Tulsa Opera. JIMMY BROWN for the Tulsa World

I have said it before, but it bears repeating: It seems almost redundant to make an opera out of Tennessee Williams’ classic drama, “A Streetcar Named Desire.”

Williams’ plays have always had an operatic quality to them, with their grand, compelling characters caught up in baroquely complicated, at times almost lurid storylines that provoke overwhelming, outsized emotion, all set to the unique music of Williams’ language.

The restrictions placed on composer Andre Previn and librettist Philip Littell by those who oversee the Williams estate prevented them from truly transforming this well-known story into, well, an opera. What Previn and Littell created is, essentially, Williams’ play set to music, with Williams’ judiciously trimmed dialogue sung, rather than spoken.

A recitative-heavy opera could easily veer into parody. What keeps that from happening is the variety within Previn’s score — which at times seems almost a collage of American music styles, from jazz, both cool and angular, Gershwinesque swing and Bernstein brashness, atmospheric washes that would not sound out of place in a 1950s film, and the occasional blossoming of lush, pure melody.

That and the power of Williams’ story — of a faded Southern belle whose delicate hold on the fantasies she has used to protect herself from the harsh light of reality is shattered over the course of a summer spent with her sister and her brutish brother-in-law — remains undimmed, regardless of the format in which it is presented.

The production that Tulsa Opera has put together tells this story in a most effective way — often heartbreaking, occasionally scarifying and always wondrously human. The result is a fine example of an American-style verismo opera.

At the center of this piece is Caroline Worra, making her Tulsa Opera debut as Blanche DuBois, and she is extraordinary. Worra is rarely off-stage during the nearly three-hour production, but the energy — and, more importantly, the subtlety — she brings to this character never flags.

Near the end of the opera, Blanche states that she tells “the truth as it ought to be,” and you can see that working in how Worra portrays the character — the forced brightness in her voice when she is trying to convince those around her of the “magic” she thinks she brings to life; the more brittle tone that informs the impolite truths Blanche spouts about her current situation and the people who populate it; the palpable, wounding hurt as she recounts the course of her brief, tragic marriage.

Worra also nails the aching sadness of the aria “Soft people,” and her final scenes, from the dreamy “I smell the sea air,” to the way she floats the famed line, “Whoever you are, I have always relied on the kindness of strangers,” should break even the hardest opera purist’s heart.

Jordan Shanahan brings an equally nuanced approach to Stanley Kowalski. His Stanley is a wiry, scrappy fellow, with an impishly crude sense of humor — he gives you the sense that he’s laughing at Blanche more than raging at her. But when Stanley does rage, it explodes in startling, convincing force.

James Callon as Mitch is good — his crisp, powerful tenor having just the right naïve tone for someone who remains very much a “mama’s boy.” His singing projects that sense of vulnerability and openness, to the point that you really hope this character, at least, finds some sort of happiness. But then, this IS a Tennessee Williams play …

Stage director David Schweizer has done an excellent job of crafting the action and characterizations into a cohesive, believable whole.

Tulsa Opera artistic director Kostis Protopapas has conducted Previn’s opera before, and the performance he drew from the Tulsa Opera Orchestra was sharp and precise through the sudden shifts in tone and phrase, with the orchestra’s brass and wind sections turning in some impressively jazzy performances.

While “A Streetcar Named Desire” is presented with English surtitles, the diction by the cast is such that the titles are almost superfluous.